A few weeks ago Microsoft announced the Surface Pro 4, an updated version of the very successful Surface Pro 3. The day after the event they gave me one to test and I'm really enjoying it.

The majority of my thoughts have been laid out in the video above and I'm not going to simply repeat them in this article but I'll give you a quick overview of the pros and cons of the Surface Pro 4.

Although the overall look of the SP4 hasn't changed much from the SP3, every aspect of it feels refined. The screen is better, the keyboard and mouse are better, the pen is better, Windows 10 is better.

The SP4 is basically a fully functional laptop in the body of a touch capable tablet. Instead of a standard keyboard it has a soft magnetic cover (similar to the iPad) with a keyboard built in (sold separately). To hold the screen upright there is a kickstand on the back that gives you a range of tilting options. The SP4 comes with a Surface Pen stylus that allows you to navigate windows and applications and also draw in some (like Photoshop).

The SP4 feels solid and like a quality piece of hardware. It feels far more expensive than your average Windows laptop.

Using touch in Windows 10 is great in some areas and terrible in others. Surfing the web works well, although not simply as an iPad, but, as you can imagine, using Photoshop with your finger isn't a pleasant experience.

That being said, using Photoshop with your fingers and the Surface Pen works pretty well. The Surface pen feels amazing and is incredibly responsive. I could imagine image retouchers making this their main machine when they were on the move for the Surface Pen alone.

The screen on the SP4 is amazing and is comparable to Apple Retina displays. I was able to speak with the guy who actually designed the display and he told me that Microsoft and Apple are now the only 2 companies who color balance every individual laptop before they go on sale.

The SP4 only has one USB 3.0 and one mini display port on its side. This makes the Surface Dock a must have for the average photographer/videographer. With just 1 cable attached to the SP4, the dock will give you four USB slots, 2 mini display ports (which can push dual 4k monitors), sound and ethernet. This dock will allow you to make your SP4 work like a standard desktop work station while you're at your office.

The SP4 starts at $999 without a keyboard and quickly jumps up to $2199 for 512SSD, i7 processor, and 16GB of ram. The SP4 is actually quite capable at the bottom tier but photographers and videographers will probably appreciate a larger SSD and extra RAM.

Something that I failed to mention in any of my videos is that the Surface Pro Type Cover is not included with the Surface Pro 4 and it's a pretty necessary accessory. Sadly at $129 it's not cheap.

The keyboard and touchpad are very impressive but they still can't compete with a real keyboard when you're on the move. Although I'm capable of typing just as quickly on the Surface Cover, it vibrates under my fingers and it does not really "work" on my lap when I'm traveling. For that reason I am currently writing this post in the passenger seat of a car on the new Surface Book (you can read my review of that here). You can also see my comparison video of the two products below.

The Surface Pro 4 is an amazing laptop/tablet hybrid but it isn't for everyone. It is certainly powerful enough to replace the desktop or laptop of an average computer user but it has it's quirks. It's strange design makes it great on a table but pretty cumbersome on your lap. Although it's amazing how much power this small tablet has, it will never be able to compete with a comparably priced desktop computer. The average user certainly doesn't need a very powerful computer to save pictures, check email, and watch videos, but the readers of this site are probably doing some serious editing. Simple tasks like working in Photoshop are smooth and editing 1080p footage in Premiere works flawlessly but 4k footage needs to be rendered before it plays smoothly.

At the end of the day the Surface Pro 4 will be a great replacement computer for most of your friends, but for gear heads like us, it's going to be one of many computers that we use for very specific situations. I'm certainly not going to be throwing away my $5000 workstation for the SP4 but that doesn't mean I can't own both. Although I can get more work done on my desktop setup, I'm having far more fun on my Surface Pro 4. 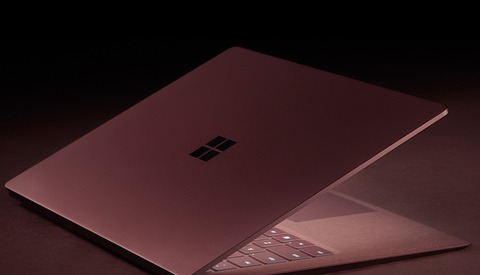 Gear / May 3, 2017
Microsoft Announces Another Device to Its Surface Lineup, Their First Laptop 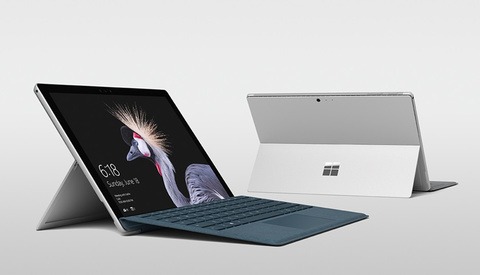 Gear / May 23, 2017
Microsoft Introduces the New Surface Pro, 'The Most Versatile Laptop' 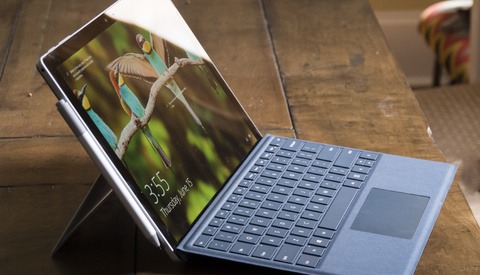 Reviews / June 15, 2017
Should Photographers and Videographers Buy The New Surface Pro?
Log in or register to post comments
19 Comments

Do you have some specs about Battery life and is the upcoming Version with 1tb storage are similar to the 512tb Version or did I understand something completely wrong and they won't release a 1tb version?

They will release it. MS told me that they are waiting for a custom 1tb SSD to be produced just for the Surface Pro 4. Obviously I wasn't able to test any battery comparisons though.

Is the Surface Pro 4 i5 8gb ram 256, enought for editing normal 4k gopro videos? Thanks!

Good job Lee! I'm a gamer and I would have loved to have some info about gaming performance! ;)

Great and very informative review (haven't looked around much, but probably the best one out at the moment?), I didn't check the comparison video yet (1AM), but I suppose it concludes that the Surface pro is the way to go still if you want a laptop at a tablett size that works and doesn't cost a fortune?
I wouldn't anyways need that much processing power (and call me old fashioned, but nothing beats a desktop)
Can't wait to eventually get my hands on one.

Couldnt agree moore. On a 3.5 hour flight last week from Boston to Austin my surface pro 3 lasted the entire trip and I was able to edit 300 image in lightroom

Is it good enough for photo editing with Photoshop and lightroom when we are in travel.i have my workstation but i need a laptop when I'm on go .

So in case which spaces should I looking for?

Funny that Microsoft is now the premier product while Apple equivalents are cheaper....

Hey guys great review. Thinking about getting the I7 version as I'm traveling the world for 18 months with my Sony A7r and DJI phantom 3 pro. My old Macbookpro is on it's last legs and I was doing most editing on my gaming pc back at home. I'm trying to find a suitable replacement. Really like the looks of it. If it can put up with video editing i'm sold! What do you think??

I cannot get it to edit 4k footage without rendering first

Hello I have a 5dsr Canon and big raw files, will it be necessary to have 16gb ram and/or the i7? or will there be not much difference to the 8gb ram i5? did you use that i5 version with big files in Lightroom?

makes sense. I use it just for tethering and starting to edit projects on the go. so that would be 300 pictures. 300x50mb. not sure how much windows claims.

Is your tethering done in Lightroom or Capture 1? I've not been able to get tethering to work well on my MacBook (2008) + Lightroom.