Earlier I posted about Instagram's new terms of service. Instagram has now released a statement concerning their new terms of service that was under the scrutiny... of the entire internet. Following in the footsteps of sites like Twitpic it seems that Instagram either got ahead of themselves or didn't think that users would catch on to its confusing and/or misleading jargon on its TOS update announcement. In a statement entitled, 'Thank You, and we're listening...' on their blog, Instagram clears up some of the perplexing language on the new terms of service.

Kevin Stystrom, the co-founder of Instagram starts off by trying to explain that sometimes legal jargon can come of as mumble jumble and how they understand how we, the users, could misinterpret that and get upset. You don't say, Kevin! He goes on to say how Instagram has always been created as a business and relates the need to be self-sustaining. Now, in their defense, I understand that they are a business, as I am sure the majority of you can comprehend, as well. While some users take for granted that the service is free most people know they have to make their money from somewhere.

Kevin writes that it was never their intention to sell your photos to other businesses and that they are in the process of editing their TOS to make this clearer. I think the main concern for users other than plain out-right copyright infringement was whether the company could use your photos in third party advertisements on their service, as was mentioned in a very well written article by The Verge. Apparently, Instagram heard the internet's unanimous outcry of 'FOUL!', and stated that, in fact, it never had any plans to use our photos in any advertisements.

"The language we proposed also raised question about whether your photos can be part of an advertisement. We do not have plans for anything like this and because of that we’re going to remove the language that raised the question. Our main goal is to avoid things likes advertising banners you see in other apps that would hurt the Instagram user experience. Instead, we want to create meaningful ways to help you discover new and interesting accounts and content while building a self-sustaining business at the same time."

Now, in what meaningful ways they plan on making money is up for speculation at this point. I won't pretend to know their business practices or know their true intentions when they released their new terms of service, but I know that we, the users, and bread and butter of their company, are not stupid or naive. Yes, the legal jargon I admit was a bit confusing, but not to the point that we (the users) interpreted the complete document wrong. No, I believe that just like Twitpic before it Instagram is now sticking their foot in their mouth after the blatant outcry of the internet. 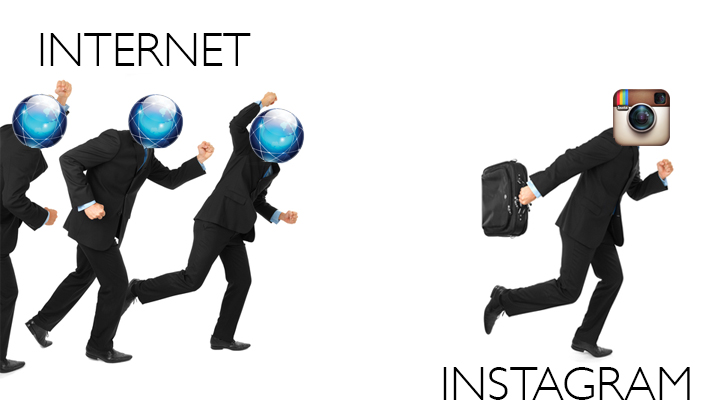 I'm trying hard not to sound too scathing, okay well maybe I failed, but I know that there are working photographers out there that use the service to show off their work, and even if a user isn't a professional photographer don't they deserve to be compensated for the usage of their creation? This issue hits close to home particularly for us because we ARE photographers! We love and are passionate about the art of photography, you would think that a major photography based service would be aware of this and not assume that we wouldn't know our rights. I am glad that they do have that thirty day notice of the change in their terms of service to gauge our reaction and to make any changes if needed, but I don't believe for one minute that this was a case of misinterpreted jargon. With the amount of people that have closed their Instagram accounts due to this blunder of words it's no wonder that Instagram was quick to change its tune.

What do you think about the promised future change in wording on their terms of service? Do you plan on keeping your account or leaving Instagram for good?

You can read Instagram's statement HERE

Posted In:
Other
News
Opinion

Goes to show that trying to screw the people who made you worth 1 billion dollars is not a good idea... ever.

Yep, right you are.

Everyone over reacted. Plain and simple.

I do respect that Instagram is free to use and that it needs to be run as a business, but I think there are far better ways to do that than has been shown over the last few days.

As I say, I have enjoyed using my Instagram account and its given me the opportunity to use my phone camera for the first time so it’s opened up a fun side of photography that I would not normally use. But until it becomes clear just what Instagram are playing at (and I don’t accept for 1 second their excuse about confusing language) I will keep my account deleted and wait and see.

Now you know how musicians feel about file sharing.

ScriptureZealot : it's not the same than file sharing ( file sharing is like people copy/paste photographer's pictures from their website to use as background for example ), it's more likely if myspace where solding directly musicians music to a brand for a commercial for example ...

... but, by, the way, i've closed my account since the new ... and seriously thinking about leaving FB to ... but it's still bring to much people to my website ( as long as i have regular feed on my fan page ) ...