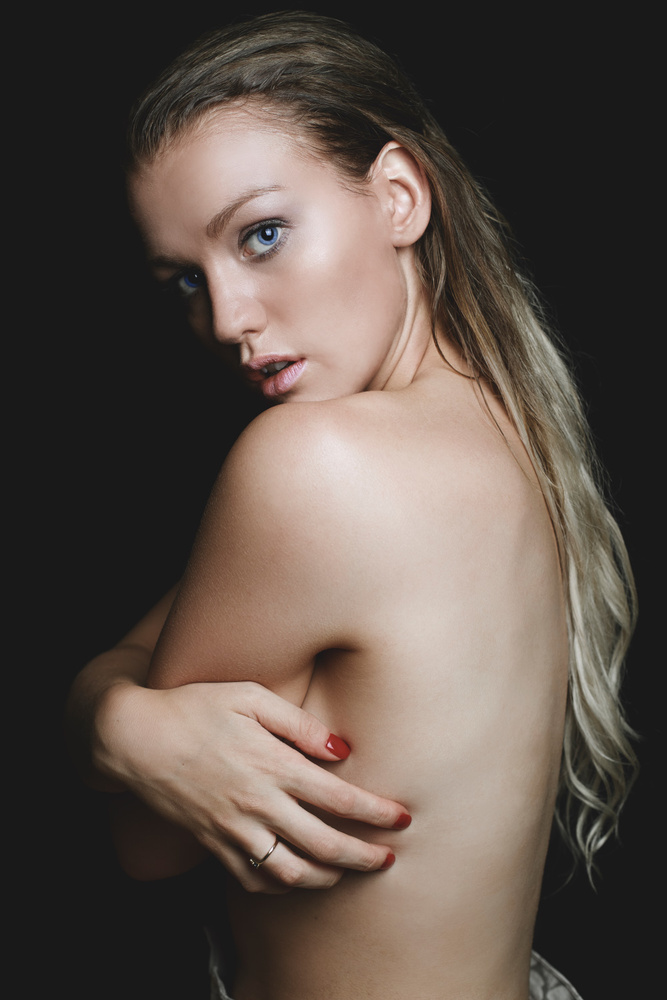 Chloe and I spent a good half hour setting up for this one shot, getting everything just right before I knocked off maybe 5 photos and somewhere in the middle we captured this.

THE SETUP: Shot in my old Melbourne bedroom against a pop-up black backdrop with about 2 square meters of space to move. I used my Canon 6D and 50mm f1.4, my trusty no-brand eBay strobe and a rectangular soft box.

THE EDIT: A relatively long edit in Capture One with most of the time consumed by smoothing out and softening the vaseline we'd used in the hair and down Chloe's body. I made sure the eyes popped and the nails glistened.

THE HOW: Most people would laugh if they'd seen the space in which we were working and the minimal equipment to which I had access. Chloe, being a good friend, was very patient while I fiddled with everything until it was just right. Basically I lifted my single strobe and soft box to a high angle on my right and blocked every other source of ambient light, including the crack under the door until I had complete control of the falloff and shadowing.