Getting this image was quite the challange for me. I live in Fort William, around 25 miles away from this mountain range in Glencoe. No problem if you have a car, but... I don't. I wanted to shoot this for blue hour and sunrise, and there were no busses at that time of day either. So I had to cycle there. 25 miles at night, with a solid 1000ft of elevation gain along the way, just to get to the bottom of the mountain. Oh, and my bike has no lights either. I think I got up over 6 hours before sunrise to make this happen. Once at the mountain, I hiked up about half way, not because I had gotten lazy or tired, but because going higher would make the main subject of the shot seem smaller. I set up, took a few test shots and setteled for a panorama at 35mm. I actually wanted to go a bit tighter, but 50mm was just a bit to much, and I don't have anything inbetween. I ended up having to crop a fair amount on the top and bottom, but still ended up with a more than large enough file. The actual sunrise later on was nice to watch, but the light wasn't exactly where I had anticipated. I use google earth's sun simulator to get an idea of how my shot will turn out, and for larger mountains it is really a fantastic way to visualize your end result without doing much scouting.

OK, so this is the Buichaille Etive Mor, and you've taken this shot pre-dawn from the track up the mountain across from it. I had planned to do exactly the same when we visited Scotland, but conditions were against us.

Very jealous ... this is exactly the image I had in mind, but I doubt I'd have executed it this well. Nicely done.

Thanks Allan! Yeah, there were maybe 5 days with conditions like this last winter, so you either have to be very lucky or live there. This one’s not actually from the track, but a bit further east on the slope. The Buachaille is more centered between the supporting peaks there. Cheers! 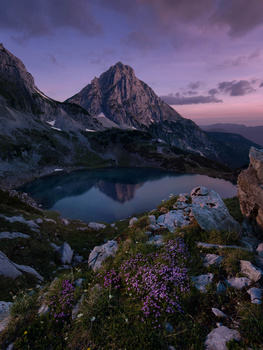 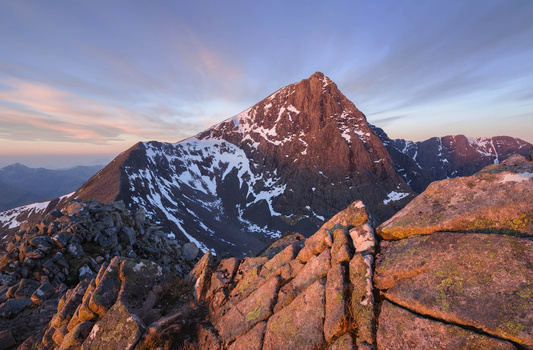 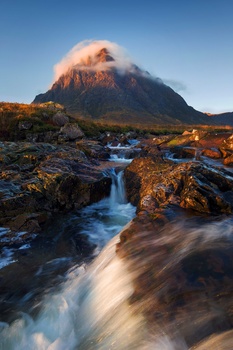 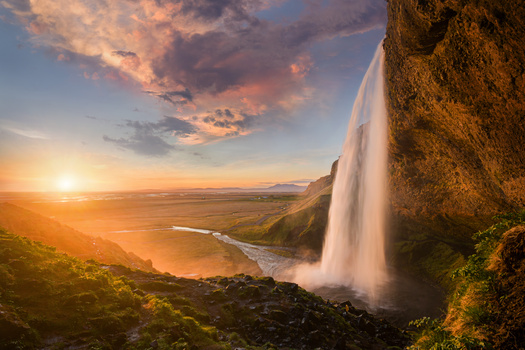 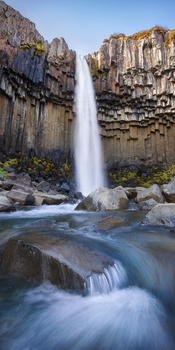 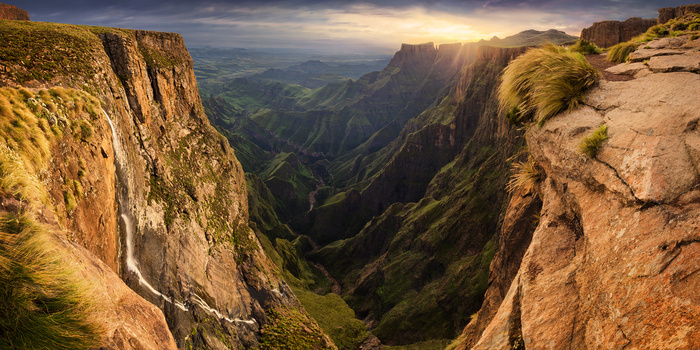 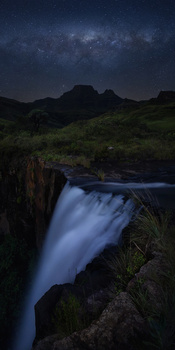 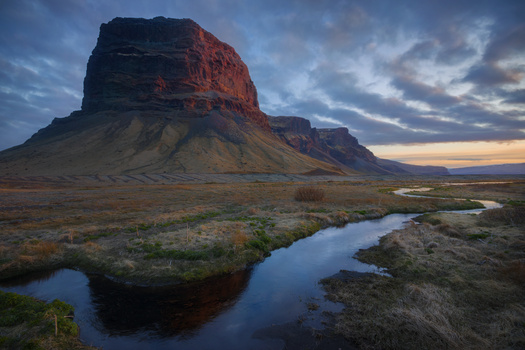 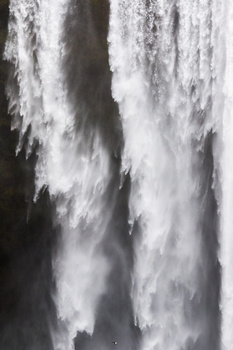 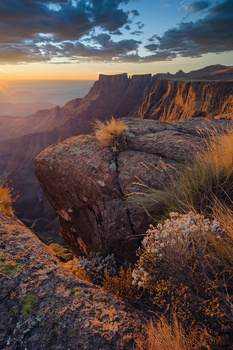 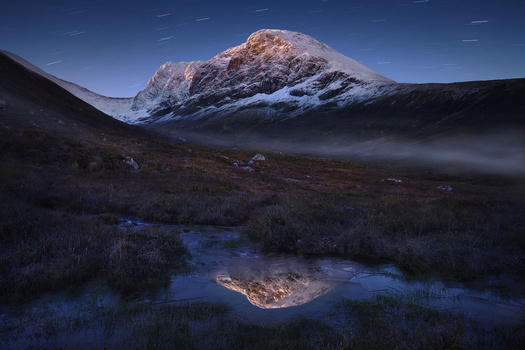 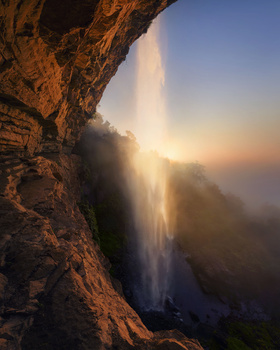 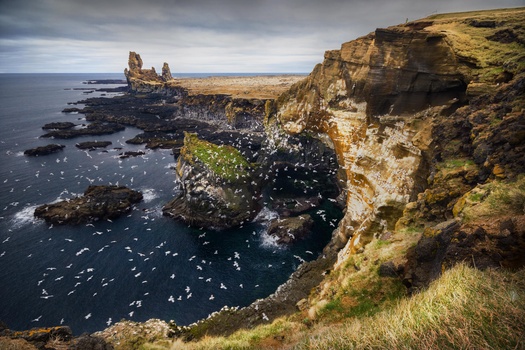 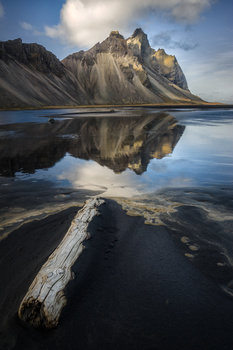 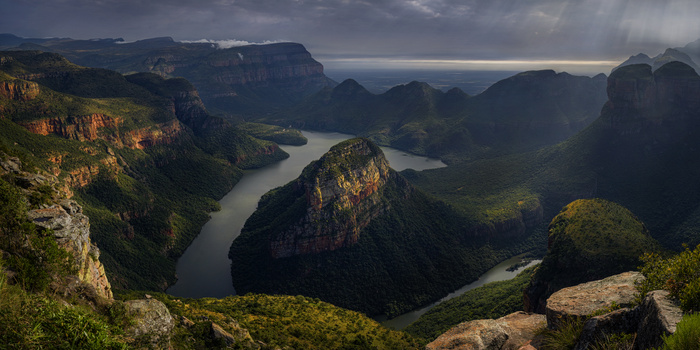 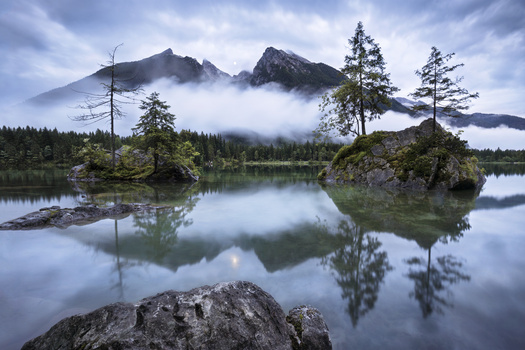 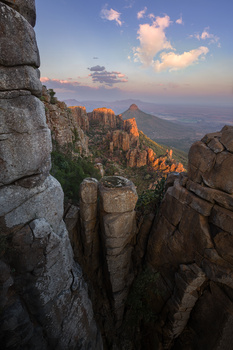