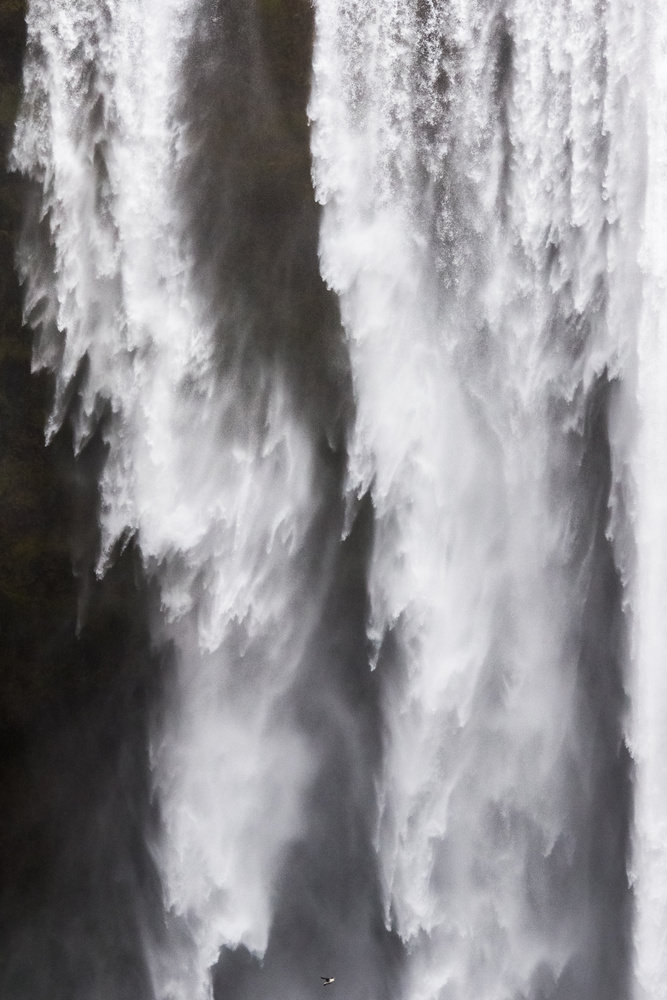 This image really works much better the bigger you print it. In conveying the scale of this waterfall (skogafoss in iceland) I have seen many photographers resort to that classic lonely person standing at the bottom. Not that there's anything wrong with that, but to me the impact of the image is much greater when you only spot the bird in this after 2 or 3 seconds of viewing (and no, it's not photoshoped). Sadly, on the internet, 3 seconds is a lot to ask though, and when viewed for just a brief moment on a small screen, this image doesn't work. But here I am, posting it anyway, knowing that almost nobody will bother to read this. That got depressing real fast, but there's one more thing I'd like to point out. I never include humans in my images (and try to avoid showing any signs of their existence) mostly because as soon as I do, the image becomes more about that person and his/her lifestyle. It feels like an instant advertisment to me. And that's not what I want the viewer to think. Now again, there's nothing wrong with including people if that's what you want to do, but for me it takes away from the essence of the landscape.