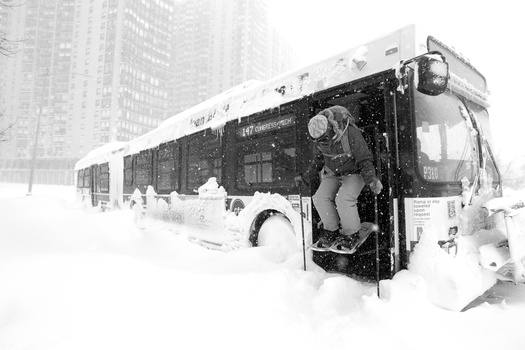 This was taken during the Chicago snowpocalypse in 2011. Chicago experienced as much as two feet of snow and blizzard conditions, with winds of over 60 mph. The official record at O'Hare Airport was 21.2 inches of snow, the third largest snowstorm in Chicago history. The entire city shut down and hundreds of cars got stuck on Lakeshore Drive. The bus was one of the vehicles that was abandoned.