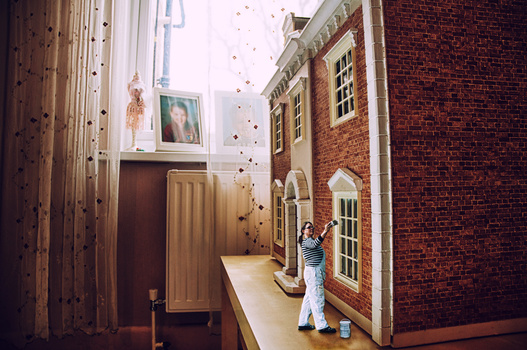 Part of my 'Mini World' series. A friend who is a painter and decorator, really wanted a mini version of herself at work. It wasn't until I noticed my neighbour had a dolls house that I got the idea to create the concept. A simple setup for the scene as the dolls house was already in situ so It was just a case of getting a half decent angle of the house and then a similar angle of my friend holding the paintbrush with some paint nearby.