Sony announced a few new products to the photo and video world at CES 2014 earlier today.  There were the expected offerings of new action cams, point and shoots and 4K TVs, and a few unexpected stand-out products: The first being an extremely affordable and lightweight 20 megapixel mirrorless camera and the second being an unexpectedly beautiful 4K prosumer camcorder. 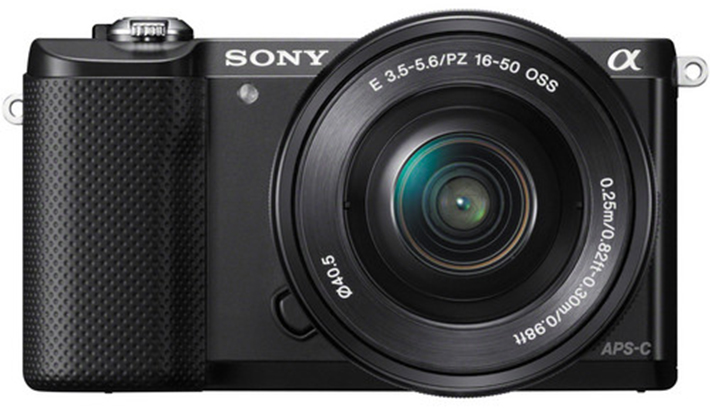 It only took a few months for the A7 and A7R to get a little brother. The 8 ounce A5000 shares the same BIONZ® X processor as the A7 and houses a 20.1MP APS-C sized sensor while allowing 3.5 frames per second. The A5000 is the next evolution of Sony's NEX line and is being referring to as “The word’s lightest interchangeable lens camera with Wi-Fi connectivity”.

The A5000’s wi-fi is incredibly useful for linking the camera with a smartphone or tablet and changing settings or snapping pictures remotely. You can also download a handful of in-camera apps that expand the A5000’s software and allow for advanced functions like smart timelapse.

"Packing DSLR imaging power into an incredibly small and light package, our new a5000 is the ultimate 'everyday shooter' that will appeal to a wide range of customers," said Neal Manowitz, director of the alpha interchangeable lens camera division at Sony. "Its sleek, user-friendly design will attract point-and-shoot users looking to upgrade, while its impressive imaging credentials will appeal to photo enthusiasts looking for a compact camera that can deliver the performance, flexibility and results they crave."

Not too shabby for a camera that weights under 8 ounces and costs around $600.

Find out more at B&H. 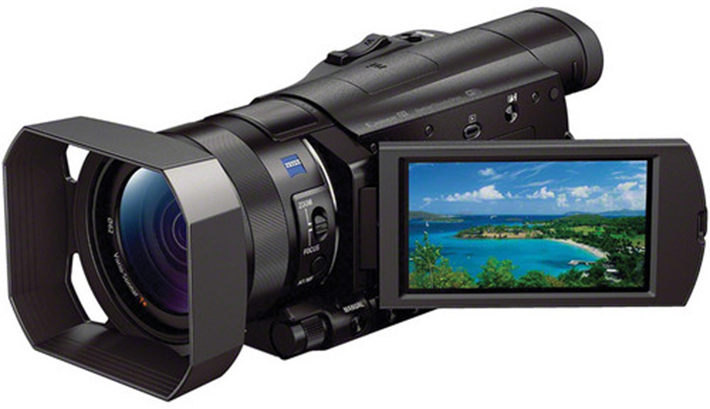 Next up is Sony’s incredibly affordable 4K camcorder. The AX100 internally records to 3840 x 2160 to SD cards. It’s also worth noting that the AX100 can record 60fps at 1080p; something that most DSLRs don’t offer.

By now, you’re probably as skeptical as I was. Before I go further, give this test video a watch:

If you’re anything like me, your jaw is on the floor.The detail and dynamic range of this camera is pretty mind blowing. Priced at $2000, this camera could very well become an event shooter’s new best friend. It's amazing the difference that a couple of years can make. Sony's FS700 (priced over $8000) was originally released as a 4k capable camera (when paired with a hefty external recorder). Now Sony is doing 4K internally in an extremely small camcorder body.

Similar to the a5000, the AX100 has a BIONZ X processor and on board wi-fi connectivity. The camera records in a combination of formats. XAVC S, AVCHD, and MP4. Some shooters will also appreciate the ability to shoot downgraded 4K footage in-camera. This essentially means that they can shoot at a more manageable file size while still capturing an incredibly sharp shot.

A few other notable features are built in ND filters and up to 120fps slow motion.

Find out more at B&H.

I can't wait until they are this size and price, can shoot super slow motion at 4k. I think I'll be 50 by the time that happens. =(

this could happen as soon as next year :)

Exactly what the world needed : another tiny Sony camera with 1000 great features but only slow, expensive and huge lenses.

That videocam looks pretty cool. Another year and they'll be half that price. Awesome...

In what resolution does it record slowmo at 120 fps? Can't really tell from the specs on B&amp;H

Can we even discern 4k on 1k monitors?! LOL

That is one gorgeous picture...even on a non-4k/non-retina MacBook Pro. Would love to see on 4k screen. Love technology advancements.

Cool! Ordered it! This is *exactly* what we've been waiting for! We shoot stills &amp; video @ the same time during every shoot, and now we'll be shooting 4K video with the Sony AX100 4k Camcorder at the same time as 36 mp stills with the Sony A7R or Nikon D800E! We bracket two cameras together as shown here: http://45surfer.wordpress.com

Over four years ago we perceived that a dual-camera system &amp; method would allow us to surf Moore's Law and harness the cutting-edge power of leading cameras and camcorders during our shoots. And too, we saw that fallacy of shooting stills and video @ the same time with one camera such as the RED. We'll be capturing superior 4K video &amp; stills @ the same time for around $5,000. A 4K Canon or 4K RED would cost far more and weigh far more, while also severely limiting one's ability to capture optimum stills &amp; video @ the same time, as photographic stills and video require different exposure times, and thus necessitate two separate dedicated cameras for best results.

My only worry with the Handycam is that it won't have enough leverage with editing. With DSLRs you can at least change the Picture Style to a flat style to make up for the data lost when it's compressed. I hope the Sony has something similar.

Just got done watching this on a 4K monitor, worried about actually moving the camera, notice in some parts of the video that when the camera actually panned and was not a still shot, it was chop chop chop ass footage... I can't really talk much about the camera like Johny Ranger McCoy who is perhaps a Sony spokes person the way he is trying to sell the camera on here. But I would have to see more footage see the color grading before I would consider making a order.