A user on the popular social website Reddit was the first to bring our attention to this enormous Photoshop fail. A recent Target advertisement left one of the models sporting a little something extra. You won't believe your eyes when you see this, nor will you believe that somehow, nobody caught the mistake.

Look closely - see anything disconcerting? Don't see it yet? Alright. Took me a minute too, even though I knew something was up. Check out the model playing the role of the father: He's getting extra handsy with the mother, literally: He's got three hands! One around her shoulder, one by his side, and one around his daughter.

Looks like 'Thing' from the Addams family has restarted his career with a modeling gig. 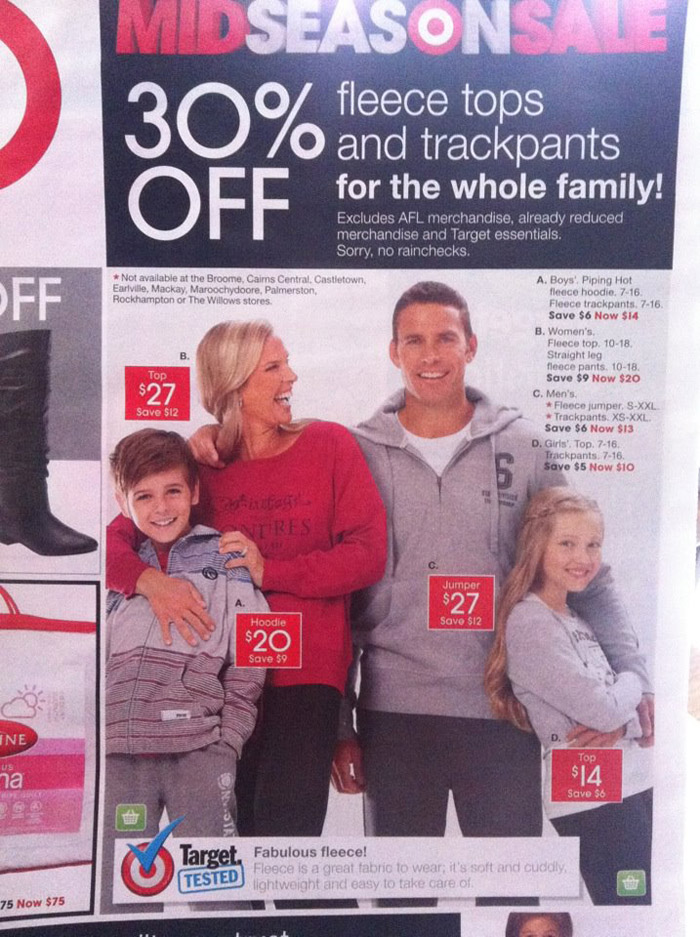 Commercial / June 28, 2017
How To Photograph And Composite A Commercial Beverage Image In Photoshop

Like the saying goes, "If you pay peanuts, you get monkeys". When clients refuse to pay a decent rate to get quality service, this is what they end up with.

It must be the Adams Family photo shoot

You didn't see the right side of the son yet... good thing it got cropped.

Uh, the one around his daughter is her hand, not his. Nothing to see here folks, move along.

Not on the daughter... on the mother. Ones around her shoulder and the others by his side. If you still can't manage to see that count the amount of hands in the photo.

See, you guys are totally wrong!  He is clearly the half-brother of the four-handed Liquid Gold mac&amp;cheese guy! ;)

the worst part is that the photoshoped parts of the image arent badly done! they only forgot to take one of the arms hahahaha

When it comes to great advertising you've got to hand it to Target. ;-)

Hmm, that top is only $27? Wow, I may need to go get one, thanks for showing me this page lol.

This is the Aussie Target catalogue... so not sure if you are in Australia?

There's a ton of these at http://www.psdisasters.com/

Octopus dad!!! Maybe all those hands are his...can't underestimate the mutants! muhahahahaha

To @twitter-14932860:disqus point, this is the Australian Target - no affiliation with the United States Target Corporation.  Still a huge Photoshop fail!

Update: Target Aus obviously noticed, as they have done a bang up job (and by bang up, I mean like a car crash) of removing the guy's arm on their online catalogue. So bang up that they have made no attempt to get it right even a second time.

I think a third hand would be quite handy actually....

I've been looking for a 3 sleeve hoodie for ages... Thank you Target

How can you make that kind of mistake... haha