Storygami: The Evolution of Online Video?

It's been 7 years since Google spent a whopping $1.65 billion on the video sharing website YouTube. Although many questioned the potential of the popular video sharing site, Google’s decision has proven to be a good one. YouTube now hosts an impressive 450,000,000 monthly visitors. To put this into perspective, Vimeo is the 8th biggest video hosting site with just under 17 million unique visitors per month. With companies like YouTube controlling the market, it’s hard to imagine much optimism for a small startup company hoping to compete with these video giants.

For the online video company “Storygami”, it isn’t about beating fellow video sharing sites - it’s about improving on them. Husband and Wife team Guy Gunaratne and Heidi Lindvall have been hard at work creating a video browsing experience focused on telling stronger stories. Their website reads:

"Storygami helps content creators add interactive elements to their online video. We use our own pioneering HTML5 in-house editor to overlay elements such as text articles, maps, image galleries and external videos to help engage and retain audiences." 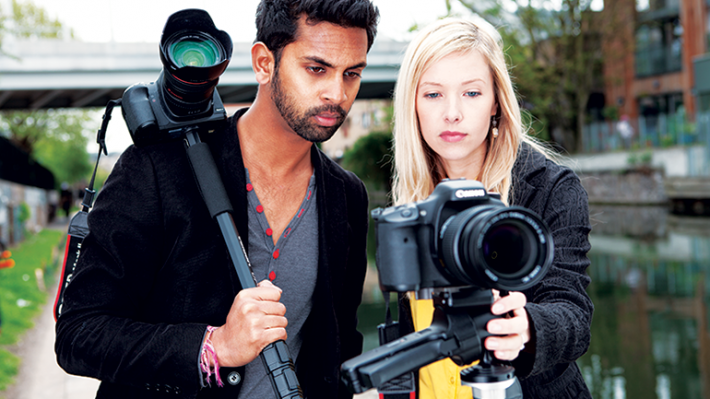 Although many investors would have a hard time wrapping their heads around the technology, Sir Richard Branson saw a huge opportunity. Storygami successfully won the #VMPitch2Rich competition and received funding from Virgin Media to create a documentary series. The first episode of "On The Line" has just been released and shows off some of the impressive technology.

After watching the video, it’s easy to see why Richard Branson jumped on board. Storygami is a simple idea that opens a world of possibilities for companies, non-profits, production houses and documentary filmmakers. Suddenly users can pause a video and instantly be given context to the story or interviewer. Cooking shows can offer pop-up recipes and fashion videos will allow viewers to see and purchase clothing seen in the video. Once you understand this technology, you start to share Richard’s enthusiasm. 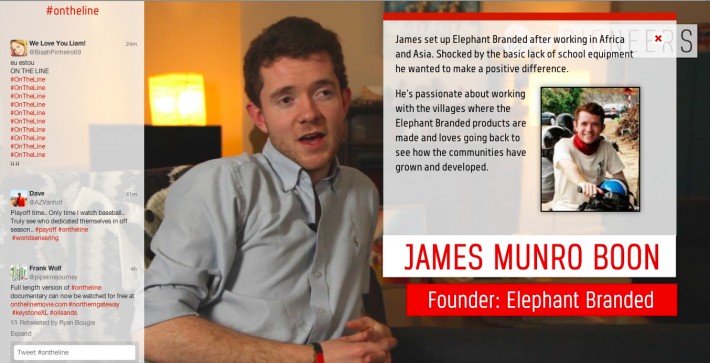 Storygami’s site goes on to explain:

“Our layered video player is built in HTML5 which means that it works cross platform. The videos that are layered can be pulled in from any major video storage channel or from self storage such as Amazon S3. The actual video player can be fully customised to fit your branding.

We are currently building an online video editor that will allow anyone to create these kind of layered videos themselves, until the editor is finished we will continue creating these experiences in house and in collaboration.”

Although the technology isn’t necessarily new, it is implemented simply and beautifully. Sites like YouTube offer some hyperlinking, but it almost always clunky, limited and surrounded by advertisements. Storygami is quick to note that this technology isn't about pop-ups, but rather seamlessly integrating important elements into the video.

Feel free to leave a comment below sharing what you think. How would you use Storygami to help enhance your stories?

ibook for video .. if ibook were more developed ... multi media storytelling is the future

It's hard to imagine wanting to read something while a video is playing, but I'm sure texting drivers would love this.

It isn't about reading something WHILE a video is playing. It's about pausing the video and getting important information to make the video more relevant.

it's a new step beyond interactivity. Looking forward to see the online editor release in 2014.

Thanks folks! Great to see this post from @innovateimageworks:disqus - let us know what you think of the latest episode: http://www.virginmediapioneers.com/on-the-line #ontheline and yes Dave is indeed quite right. What we're trying to focus on is a way to incorporate context into video content.

yo dawg we heard you like videos, so we put videos inside your videos