I have way too much fun with my drone. And while it's great for landscape shots, I wanted to try something a bit different, so I put a call out for musicians, told them to lay on the ground, and put a camera in the air. However, using a drone to take portraits is far different from having your camera at eye level.

When I put up an announcement that I was looking for musicians to take portraits of via a drone, I didn't expect an overwhelming response, but within three hours, I had 40 inquiries. I was delighted; people were quite intrigued by the idea and willing to work with me, which made the process easier, considering I was asking them to lay on the ground in public places while I flew what one friend said sounded like "a flying weed-whacker" over the heads. All portraits were shot on my DJI Phantom 4. 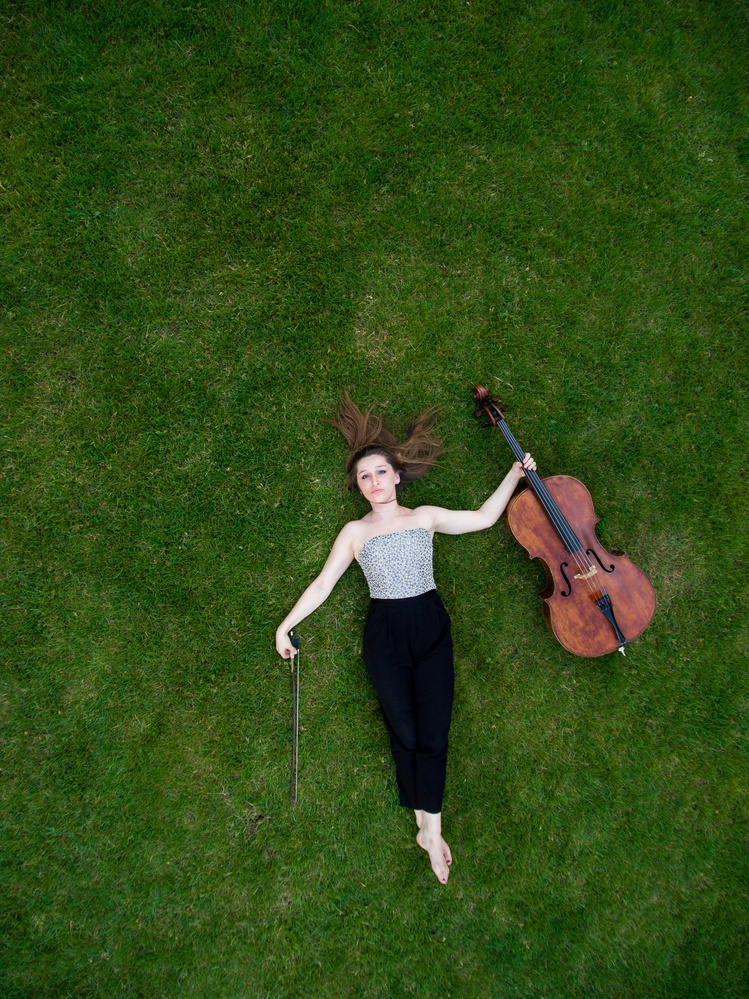 Location-scouting is obviously a bit different than for a standard portrait session and definitely more difficult. Normally, all I need is a background that isn't too busy and some light I can shape, but for these, because the subject was literally in physical contact with the background, I had to be sure that the surface they were laying on was comfortable, wouldn't damage their instrument, and didn't visually compete with the subject. This meant generally choosing relatively uniform backgrounds, at least in the immediate vicinity of the model.

Because the Phantom has a very deep depth of field and a wide angle lens, I had to consider everything in the frame much more than normal; I couldn't just let it all become a wash of bokeh. That being said, I wouldn't want it to be anyway. Otherwise, the concept wouldn't really be that special; it would look like a normal portrait, except for some reason, the photographer flew the camera over the subject. As such, I looked for two types of locations: very uniform, in which the subject was the only variation (as above) or abstract with interesting geometry (as below). Even with the busier backgrounds, I still wanted the immediate area around the subject to be relatively clutter-free. I looked for broad, even lighting, but that's not to say more angular and contrasty lighting couldn't work for this as well. 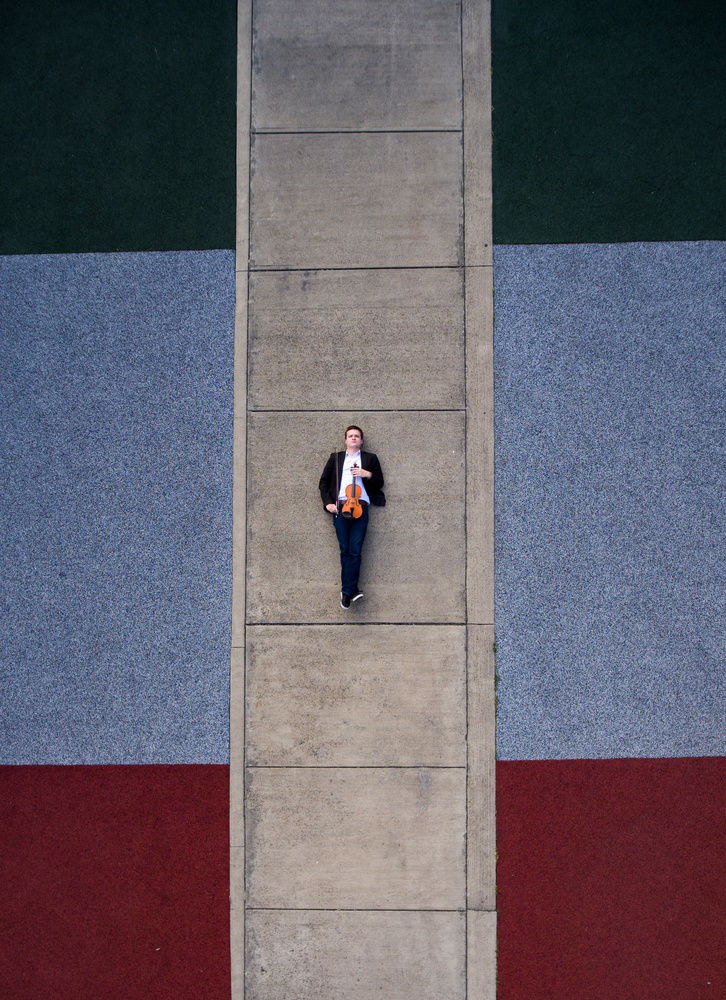 The other issue with choosing a location came from outsiders. I'm quite used to people approaching me when I'm flying; they're always either enthusiastically curious or paranoid that I'm filming them. When I'm just shooting landscapes and cityscapes, it's not a problem, I let them look at my screen and chat with them while I continue to fly, and it has always ended well. With these shoots, it was much more difficult, however, as I was trying to coordinate and multitask much more. With landscapes, I'm normally flying between 100 and 300 feet and thus, have a block of altitude to play with, but with this shoot, I was typically between 10 and 40 feet and trying to coordinate a subject. Curious onlookers were easy to shoo away with a polite request, but I still had to address those who weren't so happy about our presence and persisted. 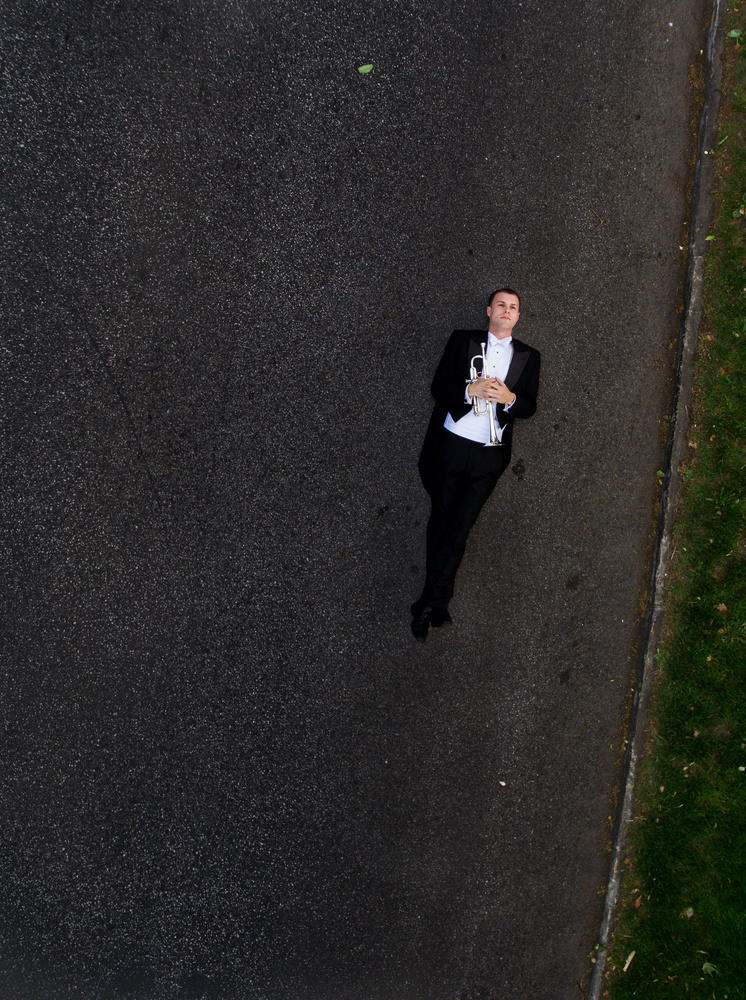 There was a small church about 80 feet from where this shot was taken. About five minutes in, a sizeable group of people came literally jogging down the driveway and yelling that I couldn't film their church or the people near it. I politely informed them that my camera wasn't even pointed at their church and that it would be impossible to see it through the trees anyway. The whole situation made it difficult to work with my subject, and I finally gave up after one of the church members stood on the sidewalk and leered at us as if they were making sure I wasn't about to pull something.

I chose to go in a different direction in terms of posing. Whereas a normal portrait encourages engagement with the camera, I specifically told the subjects not to engage with the camera. I did this for two reasons. First, given the height I was flying at and the 12-megapixel resolution of the Phantom camera, making out any subtleties of expression is difficult at best, and I didn't want the viewer to be frustrated by such an endeavor. Second, I wanted the portraits to have a "found" feel to them; rather than a subject posing in front of a distinct environment, there needed to be a certain organicity to them. As such, I told the subjects to not look at the camera and to just relax. 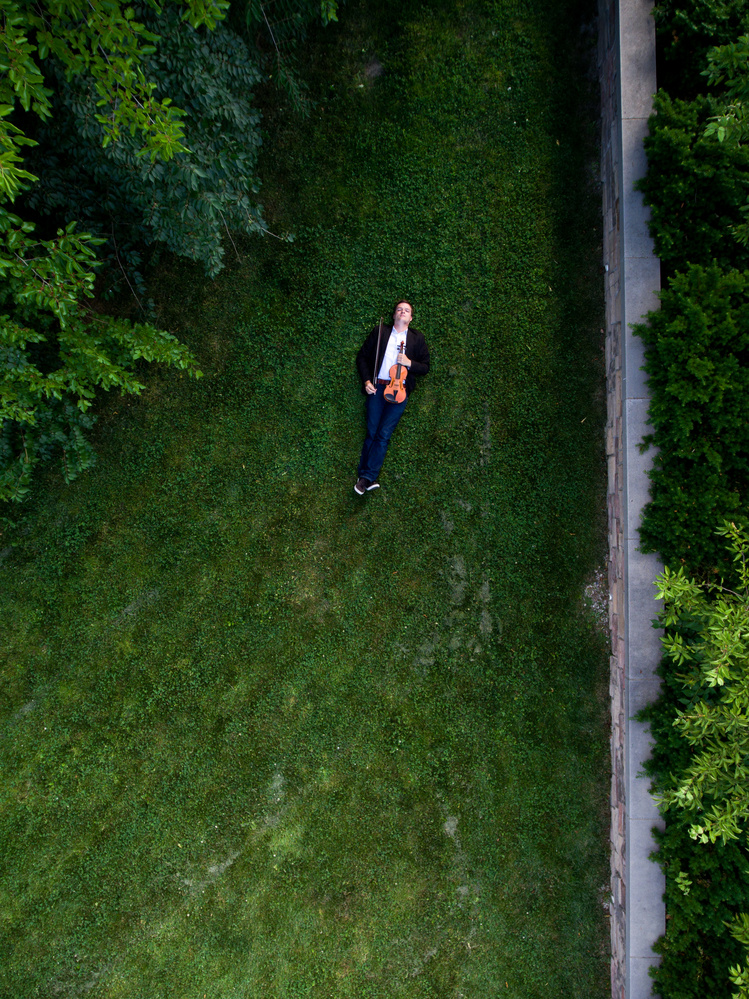 Shooting was surprisingly more difficult than I had anticipated. The issue arises in that the distortion of the Phantom's lens means that any off-center subjects appear to be falling away, which undermines the strength of the portrait in my opinion. It's correctable to a degree using Lightroom's profile corrections and the Perspective Warp and Pucker tools in Photoshop, but what surprised me was how easily it arose. If I was off by more than a foot or so in my positioning, the effect was noticeable, as can be seen below. Even the Phantom drifts enough to introduce that effect, which meant taking lots of shots to make sure I got the right position. It's particularly noticeable in images where objects are radial in the frame and the shot height is relatively low. 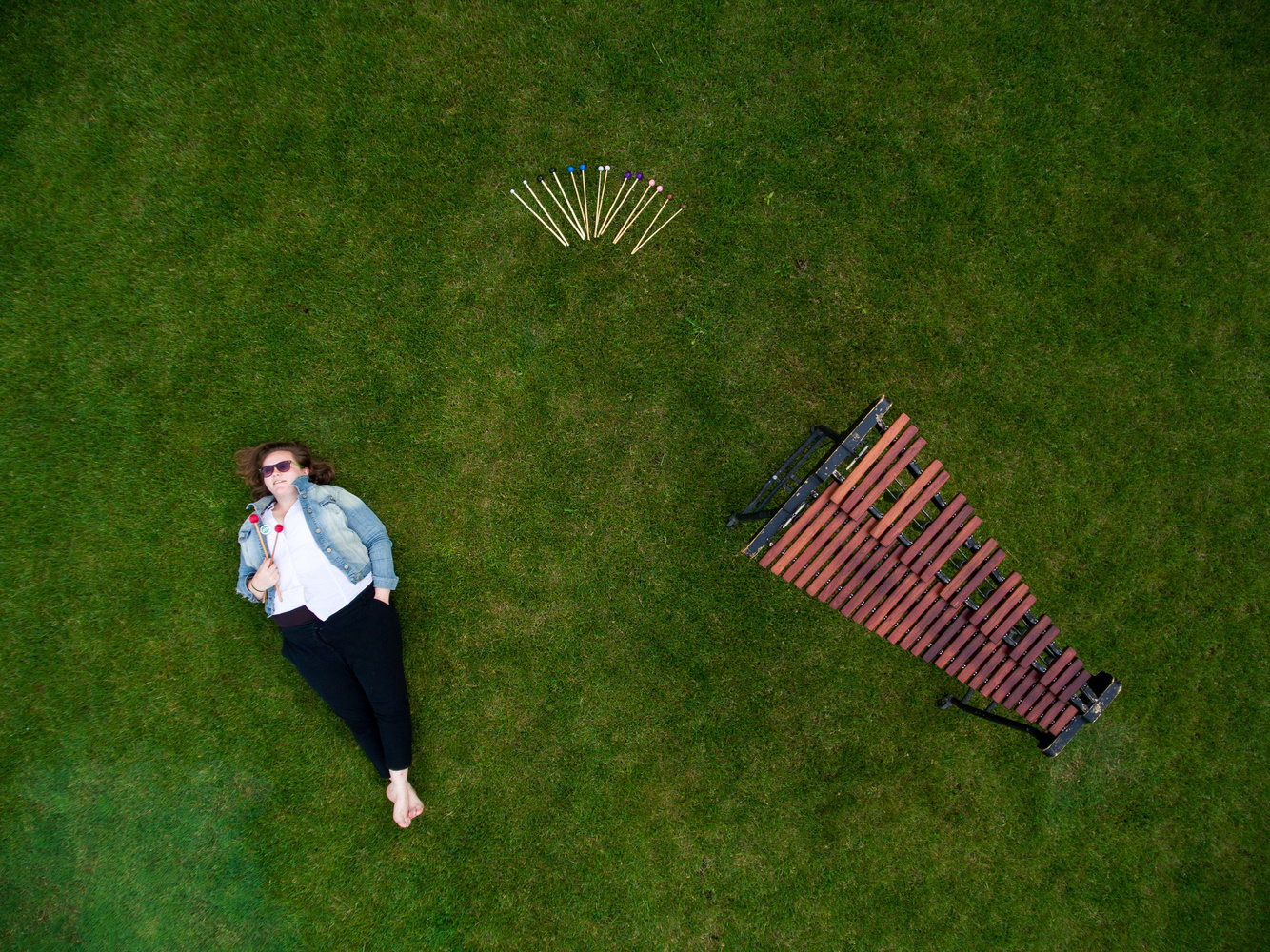 Beyond that, shooting was generally a breeze. Though it was loud and windy, the subjects generally loved it and had a blast. The shoots went quickly too; because it was more about the entire frame than just an isolated subject, once we found a location and set up the composition, it was relatively easy to put the Phantom in the air and get the shot. Safety-wise, it was important to be very aware of the drone's position at all times, given that I was flying it over people and some very expensive instruments (that cello in the first photo is over 300 years old). In all these shots, I'm just out of frame and ready to intervene should something go wrong, though the Phantom is quite reliable. Furthermore, all models signed a release.

Post-processing was light. Because of the nature of the images, there wasn't really any retouching to do, and thus, I restricted myself to Lightroom. All images received a bump in contrast and some exposure adjustments, and most had some sort of individual hue adjustments to compensate for the still half-dead grass. 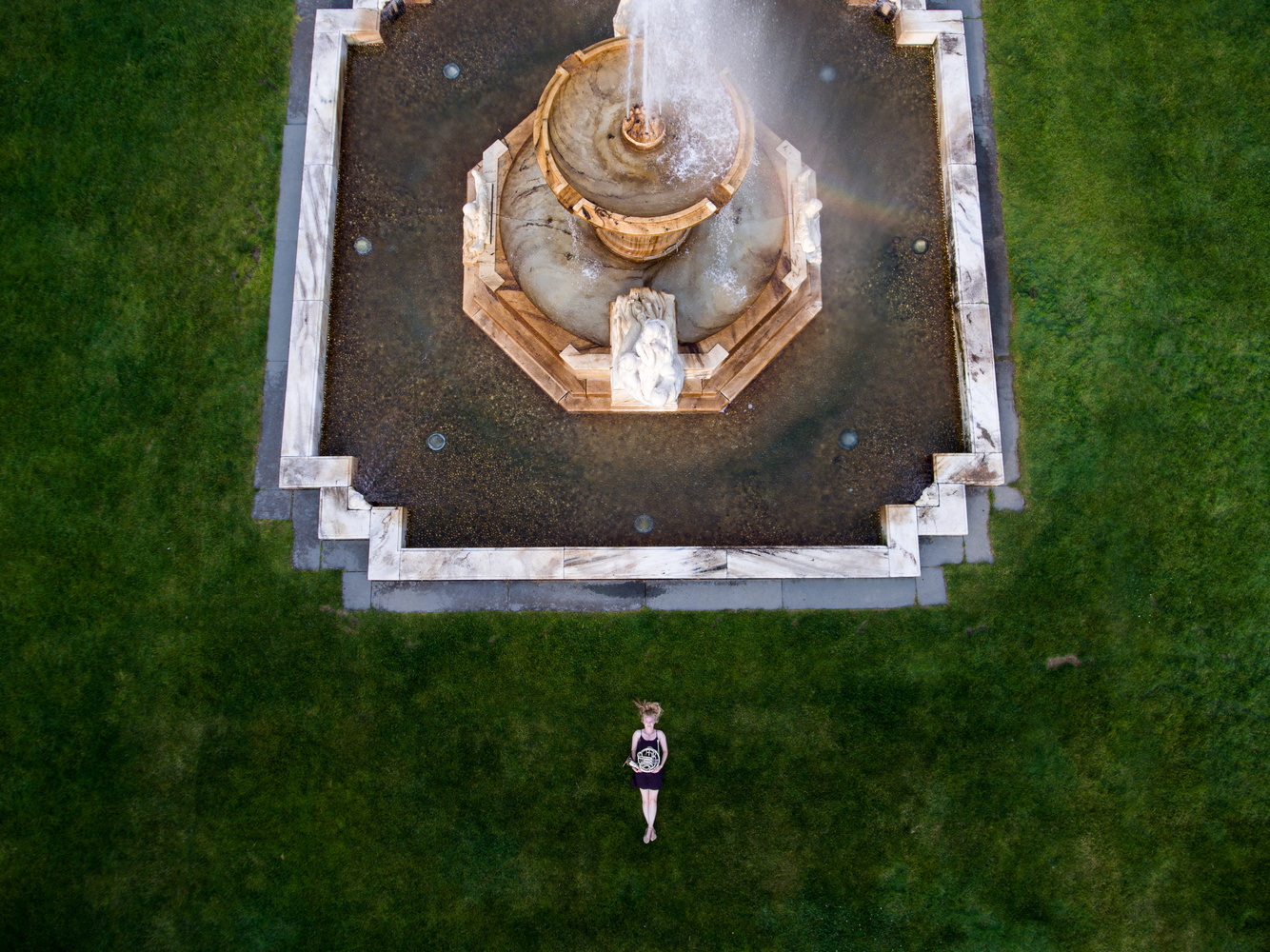 What I did find once I sat down at my computer was that I had to be extremely careful about the height I shot the images at. The 12 megapixels of the Phantom's camera don't leave much room for cropping, and there was a very fine balance between capturing the entire environment and losing the subject to lack of resolution. 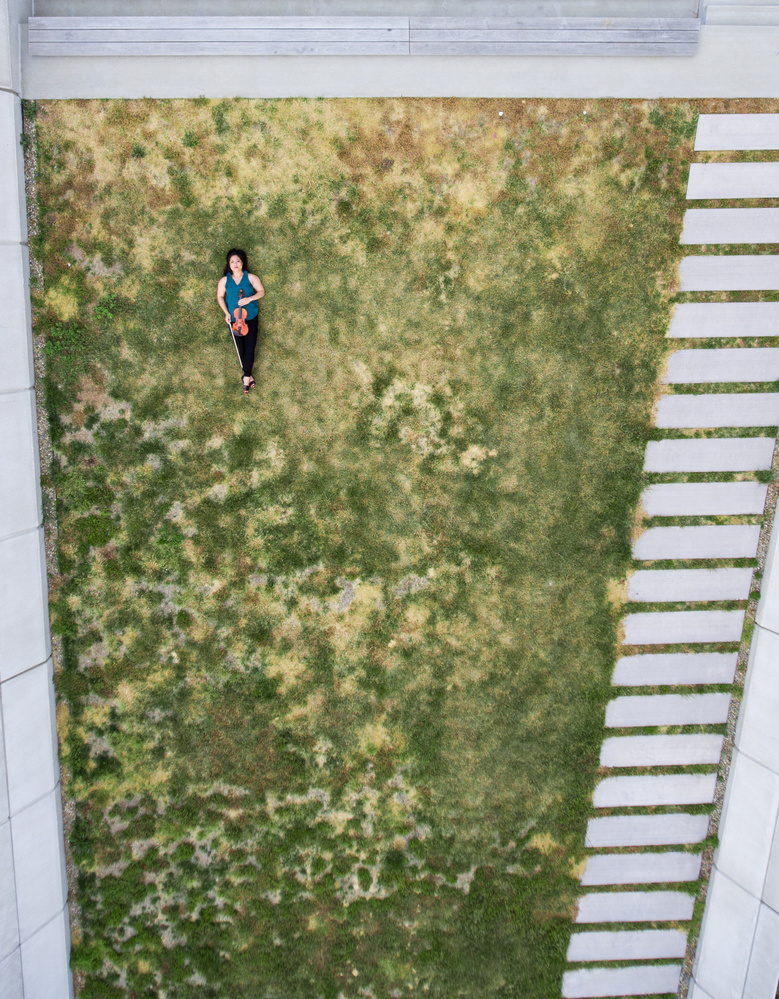 I think there's a lot of potential in drone portraits. They're obviously not a replacement for the more traditional shot, but they do offer something different and a bit more abstract, and the Phantom's camera is more than capable enough. Have you shot any drone portraits? Share your images and experience in the comments! 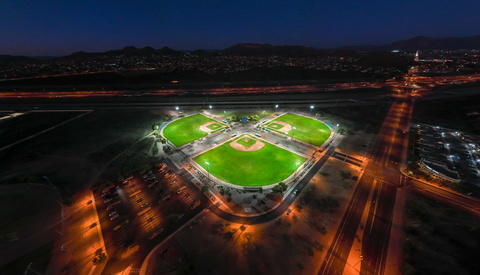 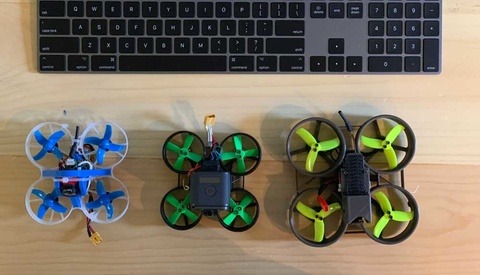 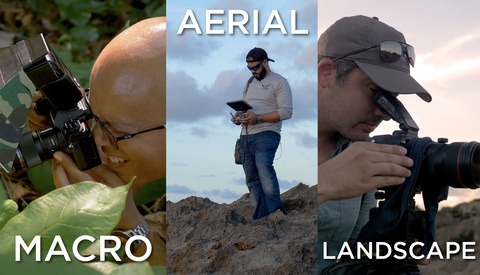 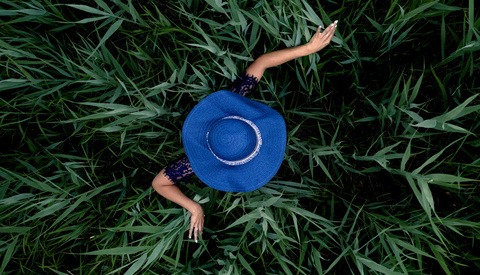 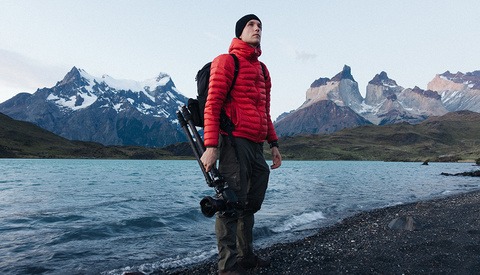 Nice job with these! People will always freak out no matter where you fly your drone,whether its good or bad. Some woman called the cops on me for flying it above her house while I was getting a pan up shot of the house across the street showing the water. Once I told her I was filming for a real estate company she felt really bad and apologized haha. A lot of people even come up to you with a list of questions.

Also with the distortion there is a lens correction in Lightroom that works fairly well for the phantom's lens. Cool photos from the shoot, you should keep it up!

I don't own any drones yet, but have done this kind of photography from a building. Great article and tips, perhaps I can add just one more: when shooting from this kind of perspective it is very handy to have a little pillow/toy to put under the head of the model'; the neck/head doesn't stretch that much and the outcome turns much more relaxed. Alternately you can ask them to bring their head up when you are abut to take a picture - a more organic feel.
I love that geometric one and the one with the fountain ! 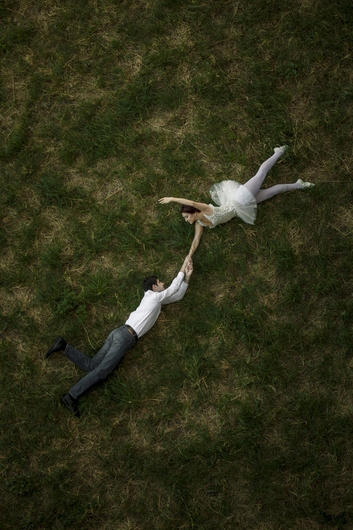 A little fluffy bunny to rest the head, very cool ::))) thanks Emma

thanks Alex, looking forward to your new adventures with drone portraits ;)

Great stuff ! I bought a Phantom 4 a few weeks ago and absolutely love this little machine and what it can do.

I recently purchased the 3 standard and then went back and upgraded to the 4. Amazing and unique views and another tool to show off and market with. 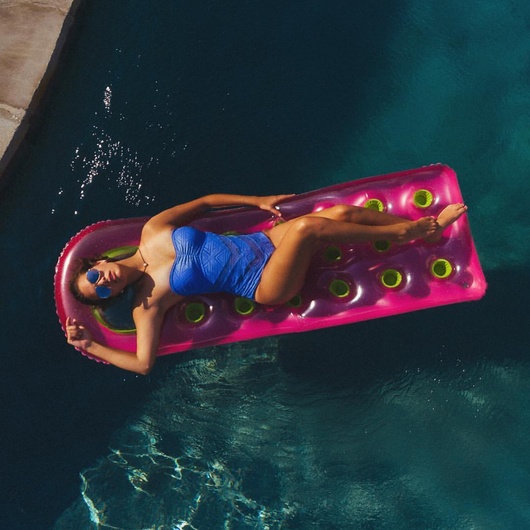 Fascinating article! I've been a big fan of using the Phantom to capture unique views in famous cities/landmarks but this is something that never occurred to me. Well done!

Thanks, Aneesh! I really appreciate it!

This is a fantastic way to add a twist to such a traditional pose. All the photos are great!!! Nice job!!

Thank you! I totally appreciate that.

Took this the other day. Brave New World! :) 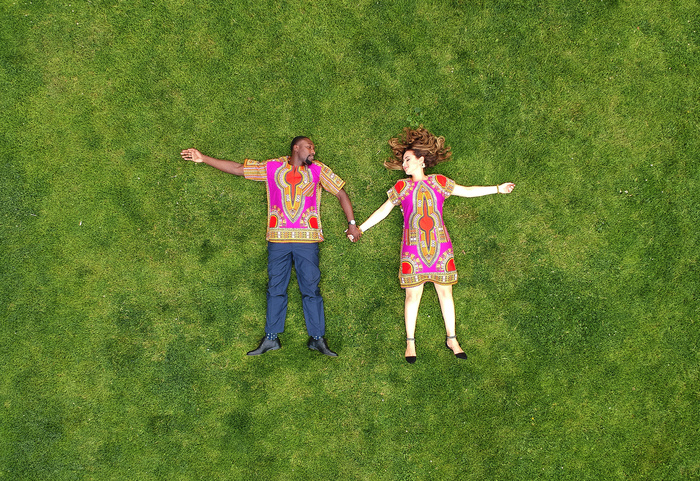 Granted, I'm late to the party here- but this is a great article. Alex- are you still doing any portraits with drones?