How many times have you seen that popular meme that inaccurately says today is the "Back to the Future" day? Well today, October 21, 2015, is in fact the true date Marty McFly set as his future destination in his time traveling DeLorean from "Back to the Future II." To help celebrate this iconic date as well as the 30th anniversary of the original film, the production company Full Frame did this awesome photoshoot where they explore the capabilities of time travel. Check out the full behind the scenes video in the post below.

The concept was quite simple. Producer Michael Roach and his brother Ashley wanted to see what time travel would look like both in the past and future as experienced by those living in recent times. While the manufacturer of the original DMC-12 has long ended the production of the DeLorean, Michael was able to track down a replica of the famous "Back to the Future" time machine. Together with their production team, the Roach brothers researched and designed all the outfits, themes, and locations for their dream mock advertising campaign.

The first of the two advertisements called "Time for Adventure" was designed to showcase an 80s couple as they explored life among the dinosaurs. For the second advertisement taking place in the future, titled "Make Time," the team thought it would be fun to explore the idea of golfing through a floating city. 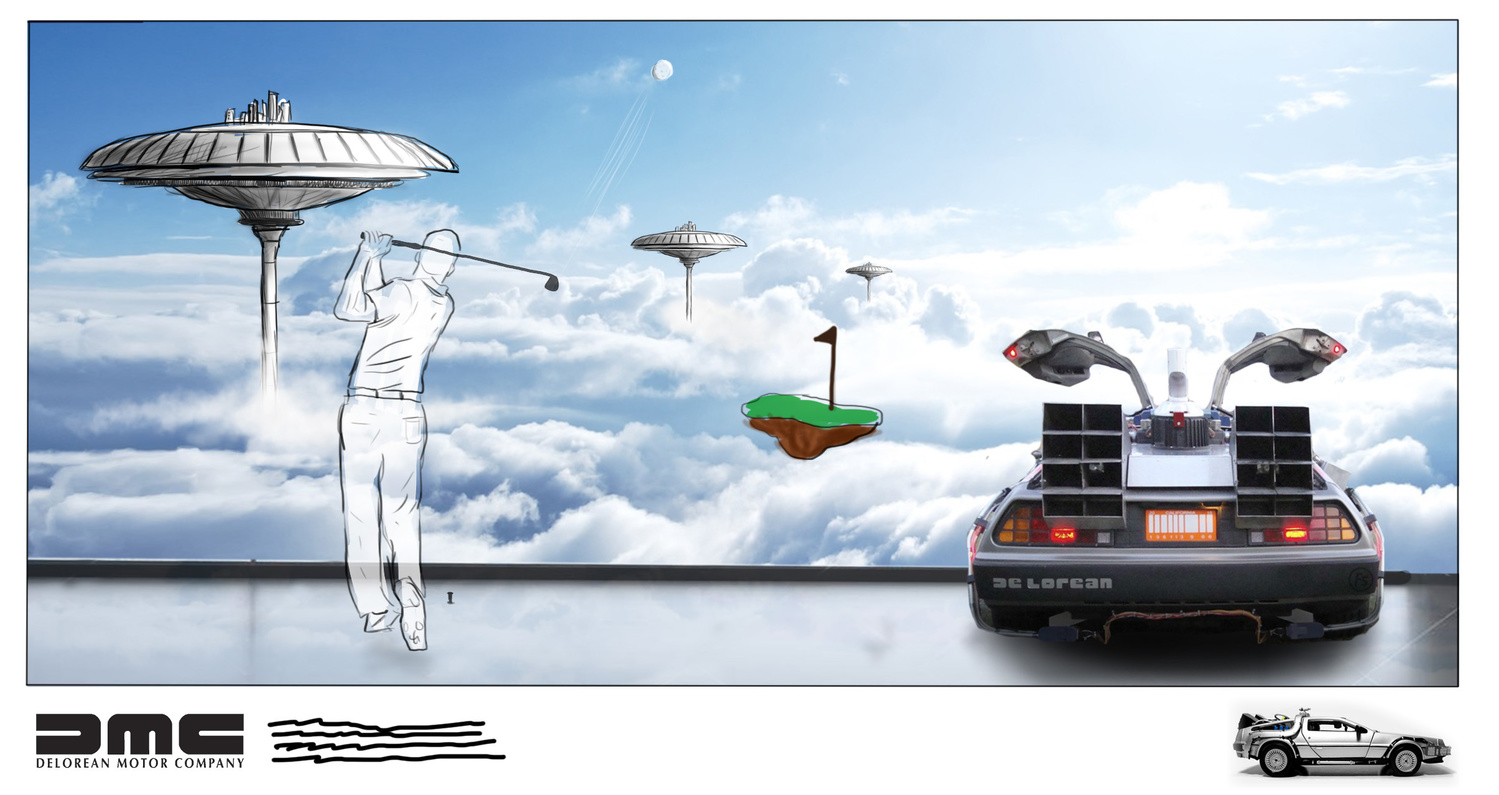 As you can see from the mock images above, this photoshoot required a ton of postproduction and compositing. Derek Leong is the lead retoucher at Full Frame, and it was his job to seamlessly piece together all of the 3D modeling, background plates, studio shots of the DeLorean, and portraits of each model together to make these conceptual images come to life. From looking at the pre-production comps above, it is safe to say the entire team not only accurately reproduced the concepts flawlessly, they were able to produce final images that surpassed even the initial ideas. 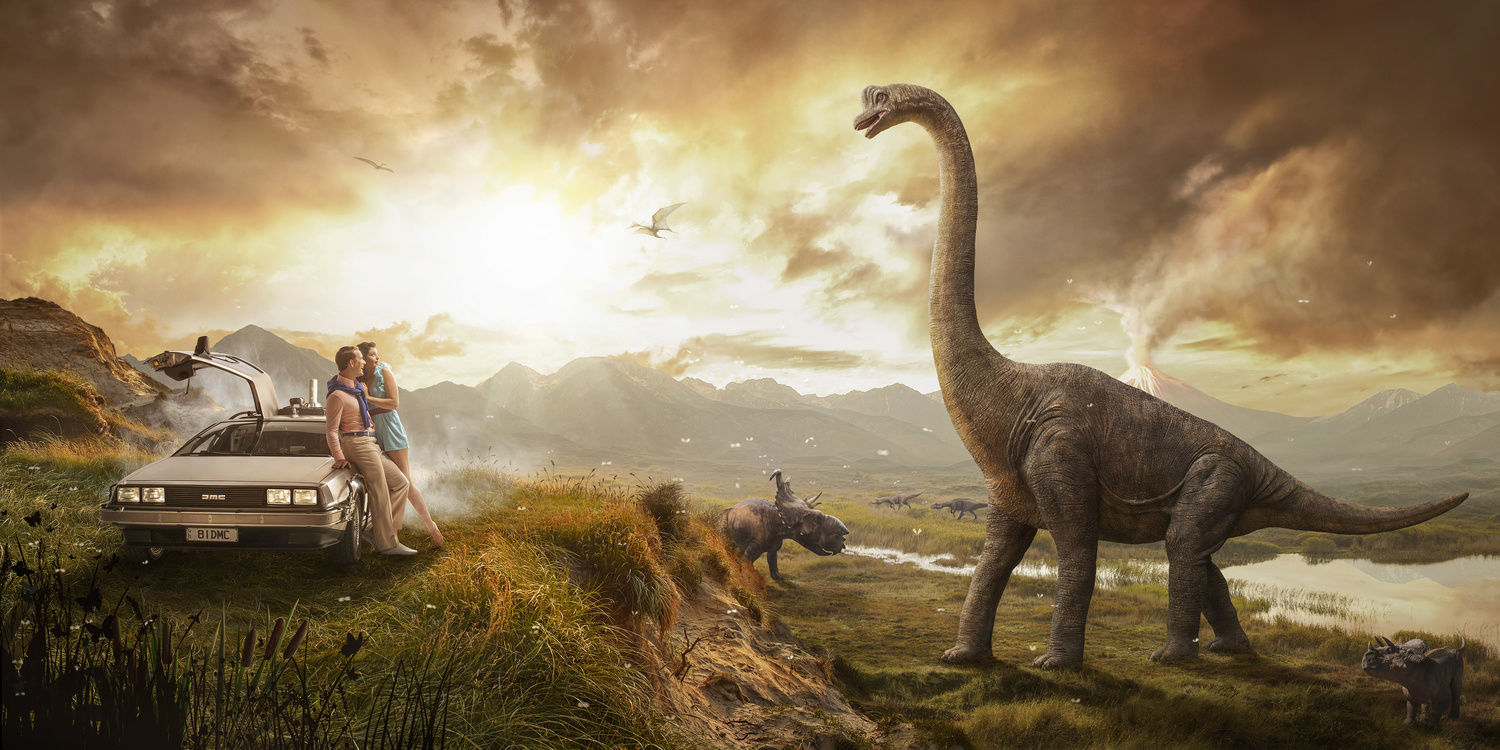 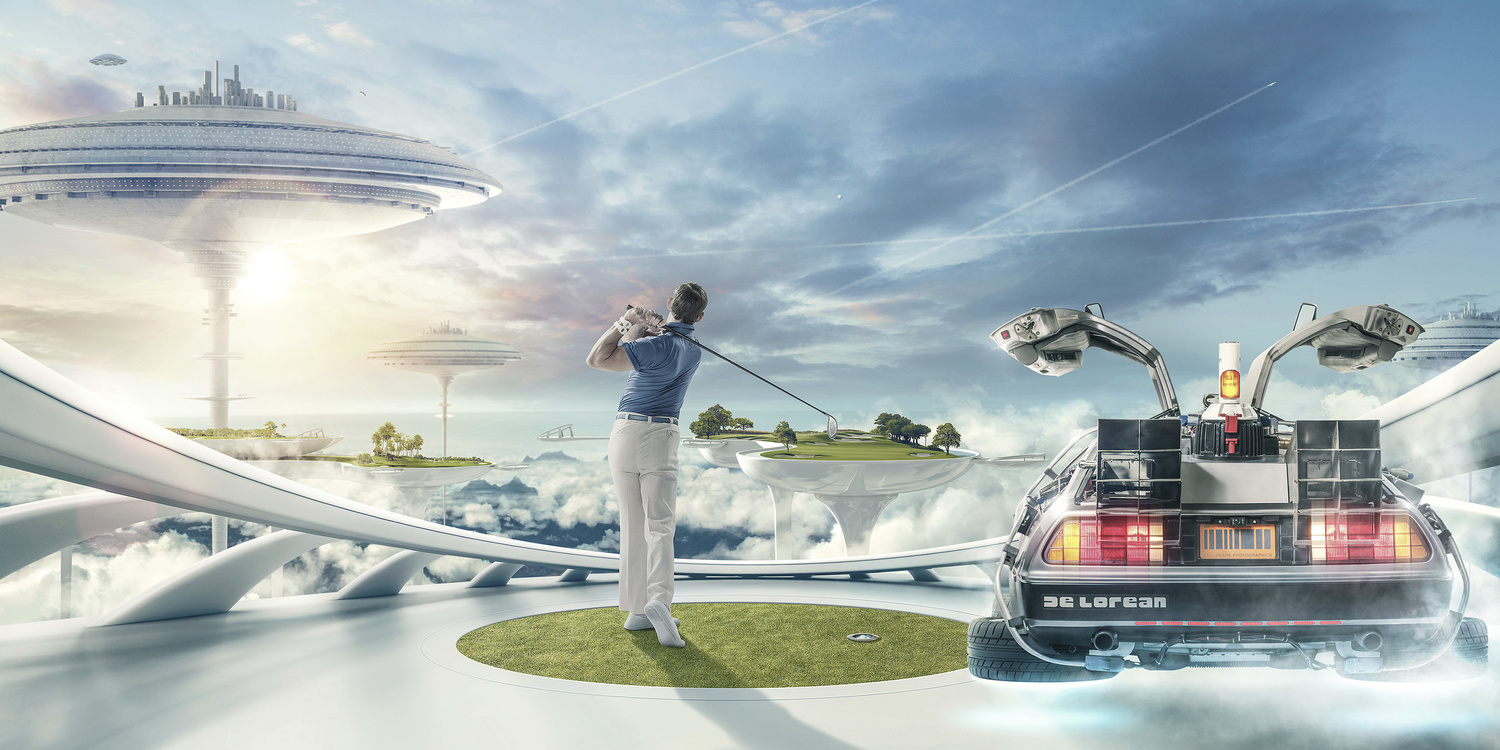 The final two images above are great examples of how a simple concept can be executed at the highest level to produce compelling advertising images. The amount of  time and effort for a project like this is always enormous but the results are definitely portfolio worthy. Even though this project was ultimately a personal project for the team, being able to design an advertising campaign built around the "Back to the Future" franchise is no doubt a dream come true.

*Great* job on this! I did a BTTF theme for our Christmas card a few years ago (austinchristmascards.com). I love their idea though of creating an ad campaign based around this iconic car!! And those cities in the clouds have a certain Bespin look to them. 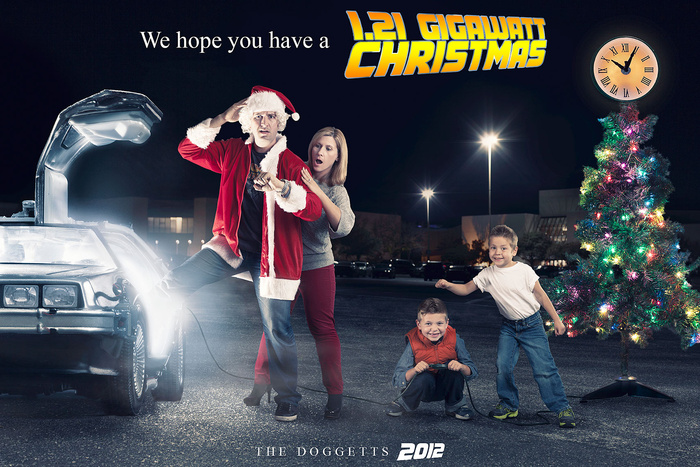 Thanks Eric, It was a really enjoyable campaign to work on. I love the Christmas card with little Marty and Biff. Good pick up with the city - We were definitely channeling Star Wars / The Jetsons for art direction.

a very well done project ^^ it make me want to do some extreme composite myself :)

Hi Patrick, Thanks for the post, it was a brilliant campaign to be apart of. We were looking for a third period in time between the two concepts, but couldn't settle on one that wasn't centred around a polarising historical events. We should throw it open to the Fstoppers community to see what else could be achieved.

We have another 80's pop culture concept in the mix which were looking at releasing around May next year :)