Daniel Dean knew the total solar eclipse would be an incredible opportunity for him to capture something amazing. A few months prior to the eclipse, the idea of being able to photograph the celestial event became a blip on his radar after seeing in the news that the first solar eclipse crossing the U.S. since 1979 would be happening again in August. Here is the story of how this awesome time-lapse solar eclipse video came about and how it was made.

In the following months leading up to the eclipse, he began practicing for his eclipse shoot by watching the sun in his backyard to see how it would track over time. "I would get around 30 minutes of the sun being on my screen before the camera or focal length would need to be adjusted," said Dean. "Rather than zoom out to a shorter focal length to capture a longer eclipse duration, I decided it would be best to have my time-lapse cover the 25 minutes or so before totality and then the totality phase itself."

Using his Canon C300 Mark II with a Super 35 crop sensor, his chosen 200mm focal length allowed for a 300mm field-of-view. "I played around with different camera exposures and focus points on my lens in the days ahead of the eclipse so I would have a pretty good idea of what settings to use on the day-of," said Dean.

The morning of the eclipse, Dean made the 55-mile drive to his viewing spot in Excelsior Springs, Missouri. He'd done his research on anticipating both traffic and weather to ensure that he'd be able to shoot his time-lapse without hindrance. On the drive up to Excelsior Springs, bad weather started rolling in with heavy downpour which continued for the entire duration of his trip. However, he'd checked weather reports and was confident that the weather would subside just before the start of the eclipse.

Using Sky Guide, a handy stargazing and sun tracking up, he set up his two cameras where he thought he'd have a good view of the sun after the clouds parted. "I wanted a time-lapse of the eclipse and also wanted to record the eclipse in its entirety, so I decided to record in one frame per second intervals internally on the C300 while simultaneously outputting a 4K ProRes HQ 29.97 signal to my Shogun Inferno," said Dean. "This setup would allow me to have more options in post."

And this is where all the magic started. Dean said, "I began recording an hour before the eclipse totality phase on my C300 Mark II. I tracked the sun across my screen through the clouds for 30 minutes, and then re-framed the sun in the bottom right hand corner of my screen so that the sun would be in the right upper third part of my screen at eclipse time. The cloud cover was quite dark with my solar filter. Not wanting to risk any damage to my sensor, I used a 4.5 aperture and boosted my ISO to 2,000. After setting up my C300 for the home stretch of the eclipse, I then preceded to set up my C100 Mark II to capture a wide angle of the eclipse. I put a Canon EF 14mm f/2.8L II USM wide-angle lens on the C100 Mark II. A focal length this wide does not require a solar filter. I then set up my Canon 5D Mark IV with a Canon EF 70-200mm lens to take photos of the eclipse." Dean's vision for his video included both a time-lapse leading up to totality and real-time during the totality phase of the eclipse. 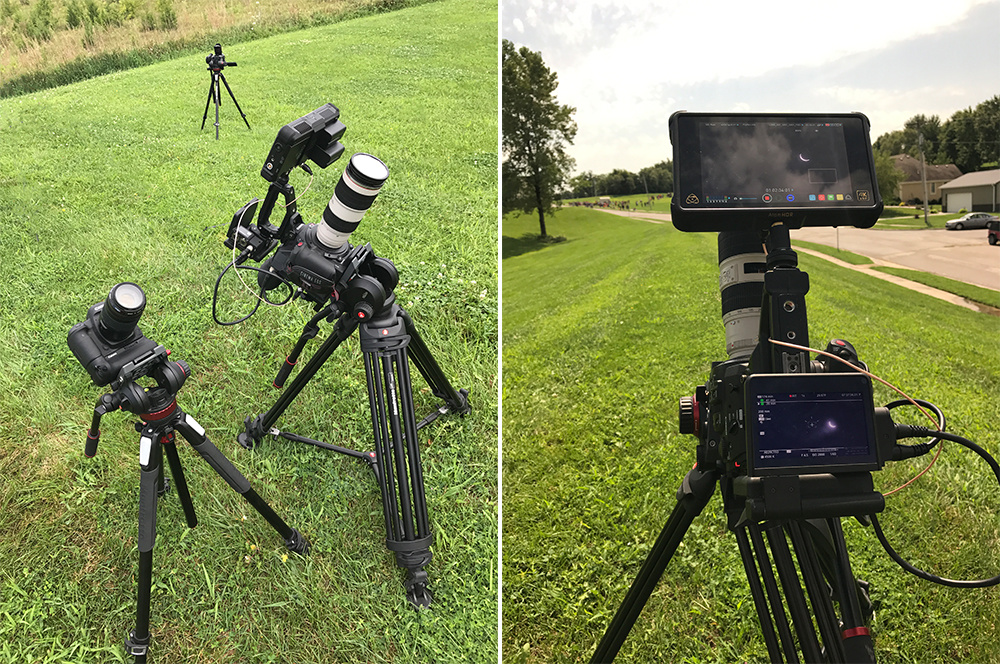 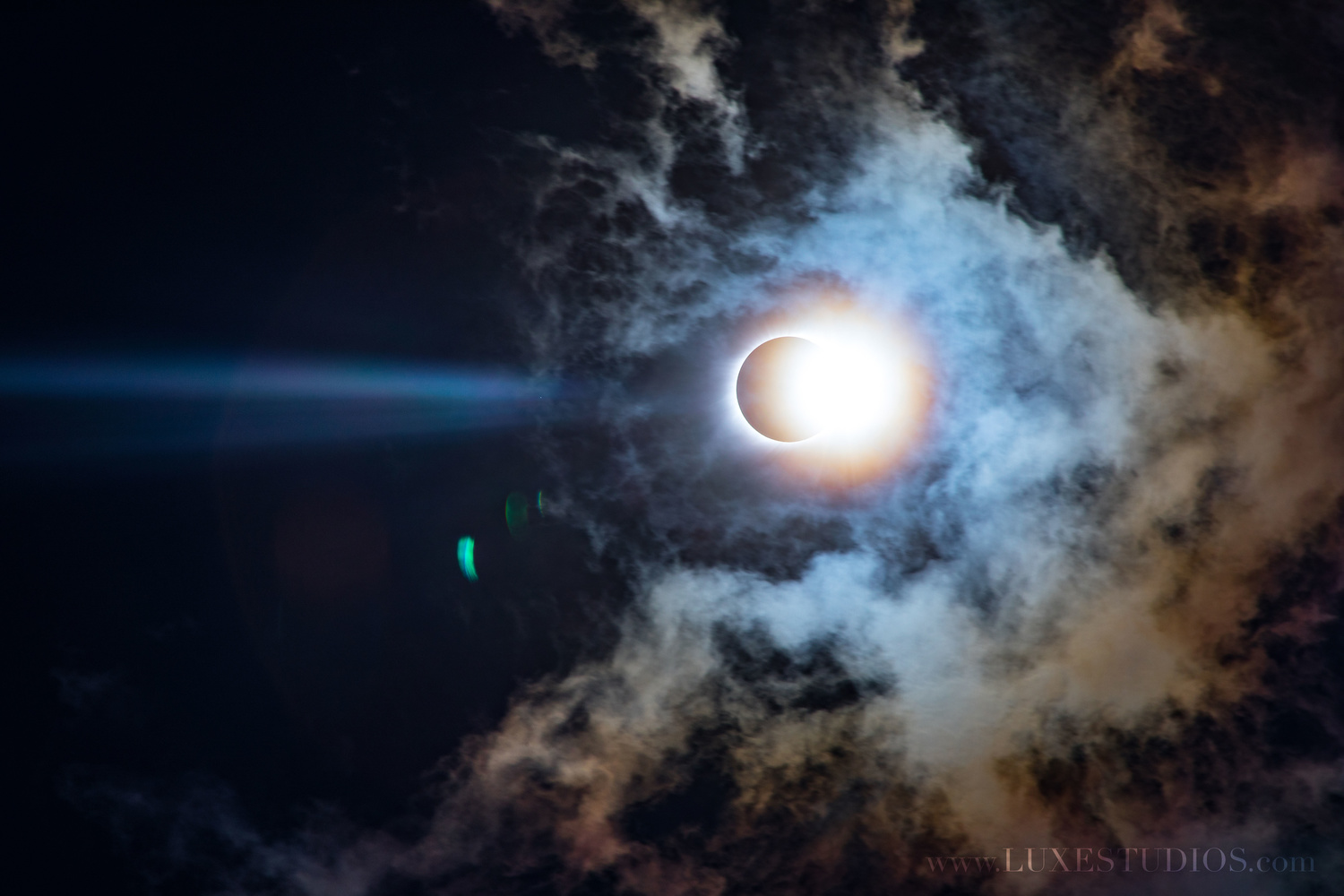 In the few minutes before totality, the sky became increasingly dark and the temperature began to drastically drop. The realization of what I was about to experience was surreal. As totality was about to happen, I was so mesmerized by the eclipse that I almost forgot to remove the solar filter off the C300. After removing the solar filter, I manually focused on the eclipse with my 5D and took a few photographs. I then preceded to just take in the moment the best I could, just standing in awe of the solar eclipse. At the end of the eclipse, I was able to get a really clean photograph of the sun starting to reemerge through the clouds on the 5D, and complimentary video views on the C300 and C100.

His vision of both time-lapse and real-time became especially important because he wanted to make sure that his family were able to enjoy the once-in-a-lifetime event as well. "My wife and kids stayed home and were unable to see the totality of the eclipse," said Dean. "I knew I wanted to make something special, so they too could enjoy the euphoria I was feeling."

For anyone who was unable to experience the total solar eclipse, Dean's video is a great depiction of those awe-inspiring moments that happened in the sky on August 21, 2017.

Here is a full list of all the gear Dean used to capture this awesome video, as well as his in-camera settings:

Check out more work from Daniel Dean on his website.

This is honestly one of the best time lapse Eclipse videos I've seen from last week. Great work by Dean!

it looks like the start of a science fiction movie, amazing!