When any talented individual with a dedicated set of skills finds themselves with a little free time it almost always results in something both creative and amazing. Some of the most interesting creations have come from artists and craftsman in their spare time. So it comes as no surprise that a successful photographic digital artist like Karen Alsop when presented with a newly found photo of her ancestors, would turn it into something that would surprise and amaze her friends and family.

It all started when Alsop first saw the photograph. "My mother found an old photograph, dating back to the early 1900s, of my Great Great Great Grandmother and my Great Great Grandmother." She went on to say how it made her think about what it would be like to have met them or for them to sit together with her children and tell their stories. Just like that, inspiration struck. Alsop didn't just Photoshop a few images of her children into the old photograph, she went all the way. She sourced clothing and props that were era appropriate. She then photographed her two children Jazzlyn and Asher with similar lighting and perspective in a way so they were interacting with both original subjects, not just placed along side. Which is a tactic often done when you need to add a person into a group photo easily. Taking the time to get the in camera effects right before doing all the Photoshop really makes the image more realistic and special for the family.

My family and friends were astounded by the uncanny resemblance of the children in the photo to our kids, but most of them, even those that know my work well, didn't think I Photoshoped it. 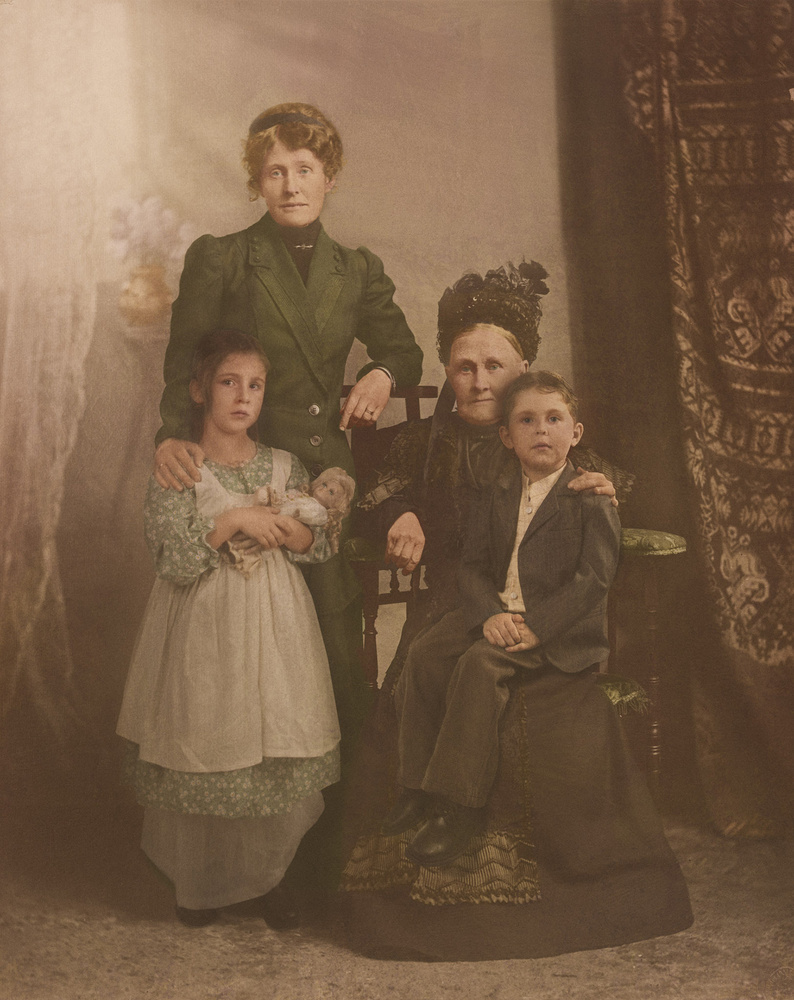 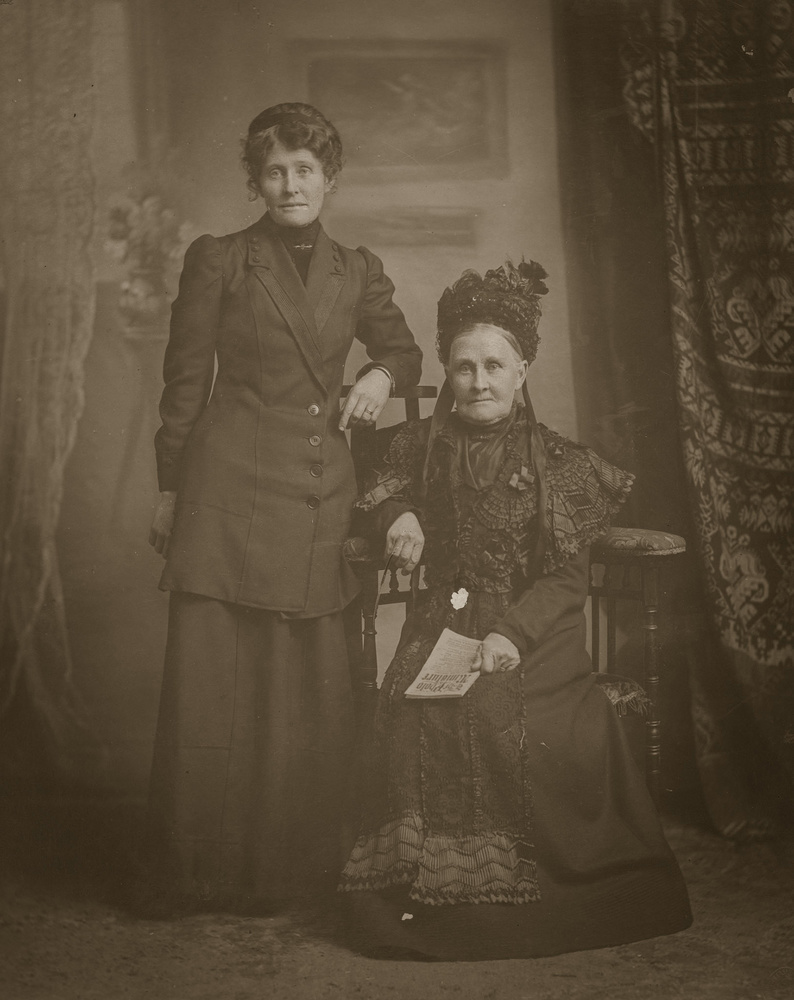 On her blog Alsop explains the specifics of what went into creating this final image breaking the whole process up into seven planned out steps. It seems the two hardest parts to get right were matching the more stoic expression of the time with her energetic and playful children and the sharpness of modern cameras. I can imagine that children today are more programmed to acting out and making funny faces when they see a camera come out than in the early 1900s when you had to hold still for long exposures. She also mentions that photographing the children on an older camera or even film might have saved time in Photoshop, instead of trying to take a sharp clear image and deteriorate it to match the softer motion blur of the original image. 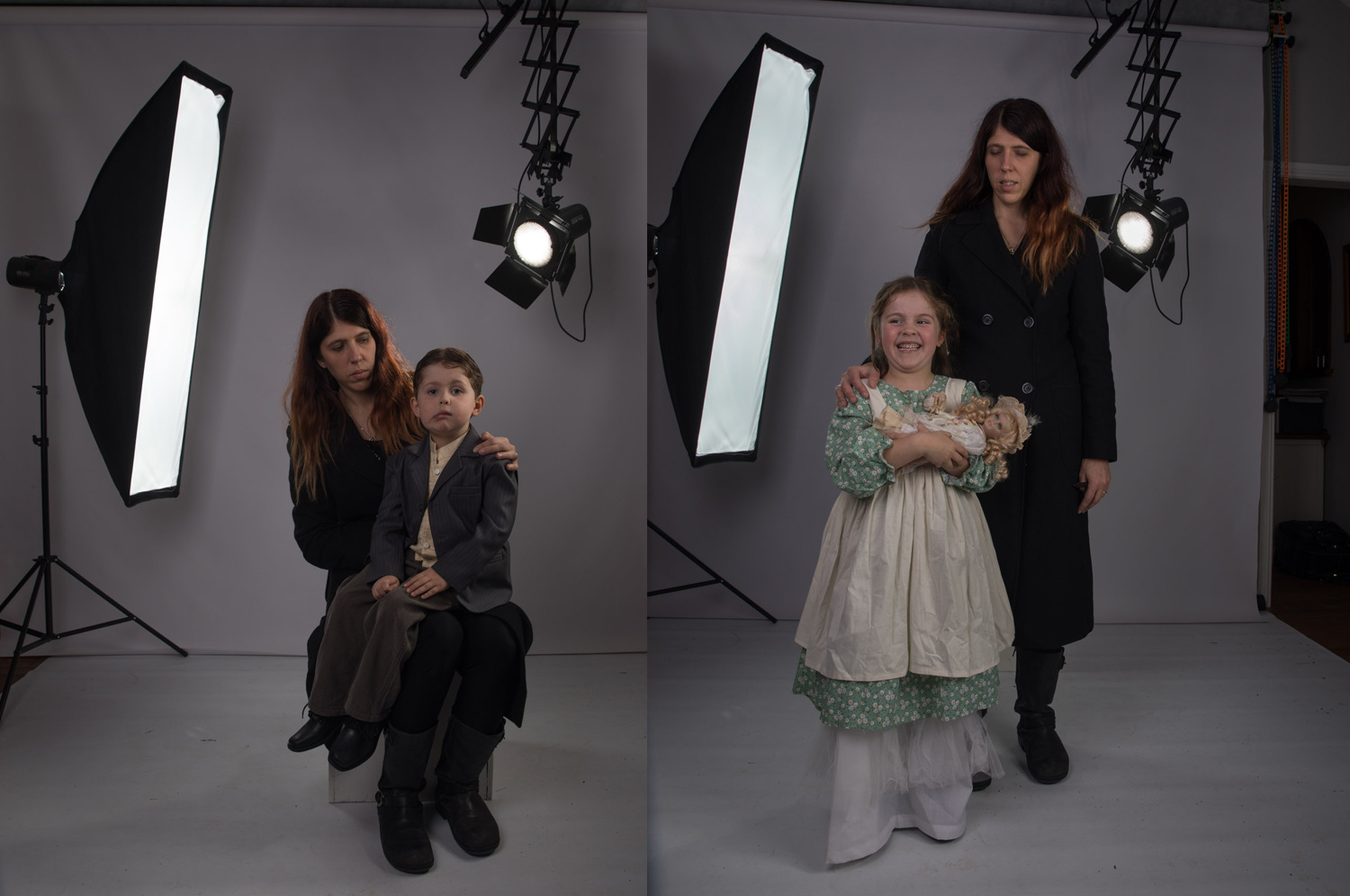 Alsop's 7 steps to create your own Time Travel family portrait.

Check out the blog post for all the details and explanation and if you're interested in hearing a bit more about the History behind the original Photo Alsop wrote a second article about that here.

I think it's amazing. The closest these kids will ever get to time travel. One day this photo will baffle genealogists.