Last week I tried my hand at emulating Martin Schoeller's portrait lighting with a single bare-bulb speedlite. Though the experiment was technically a failure, it still produced a nice portrait. Since then, I have tried two more lighting scenarios before finally nailing it on the fourth (please excuse my OCD tendancies) and final attempt.

I have been told that I over-thought this lighting scenario- that it could be done with two lights and no studio. And yes, I know that Phlearn got good results with strip boxes. But I don't have strip boxes. Or ND filters. I do, however, have a few speedlites, some foam core and gaffers tape. Turns out that that worked just fine. 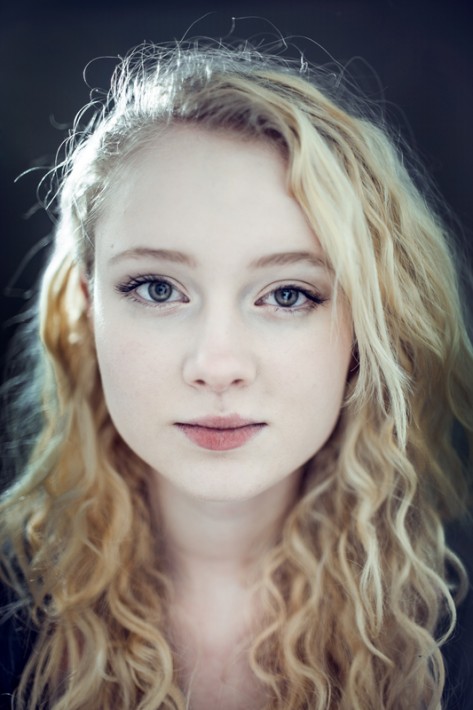 First Attempt
Above is the first attempt. As you can see, the catch-light in the eyes is there, but not prominently. Plus there is a ton of light spilling on the model's hair. 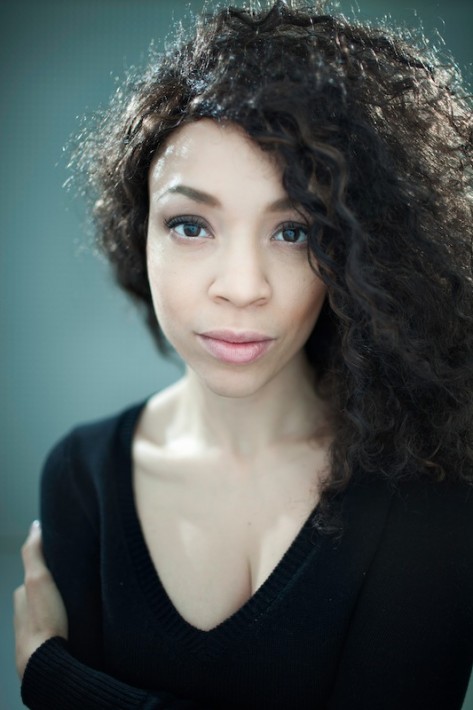 Second Attempt
For the second attempt, I added a second light as well as a flag on each speedlite. The catch-light is better, but the spill is still there (though it makes a decent hair light). 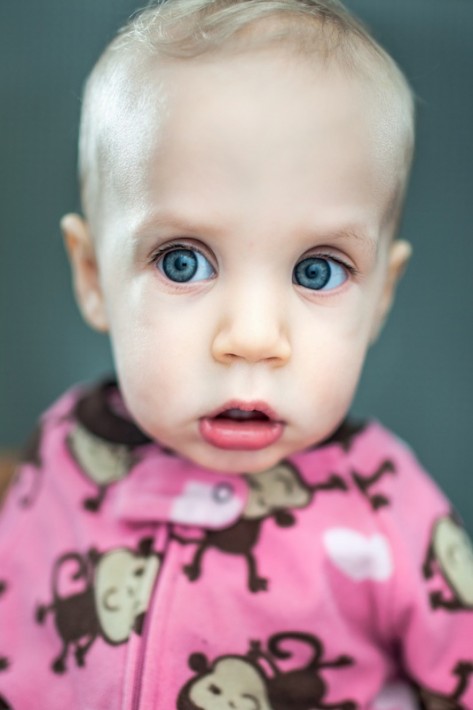 Third Attempt
For the third attempt, I added black v-flats to flag the speedlites and eliminate spillage. This killed the light spill but the bounce light on the subject was broad, making it a flat portrait. 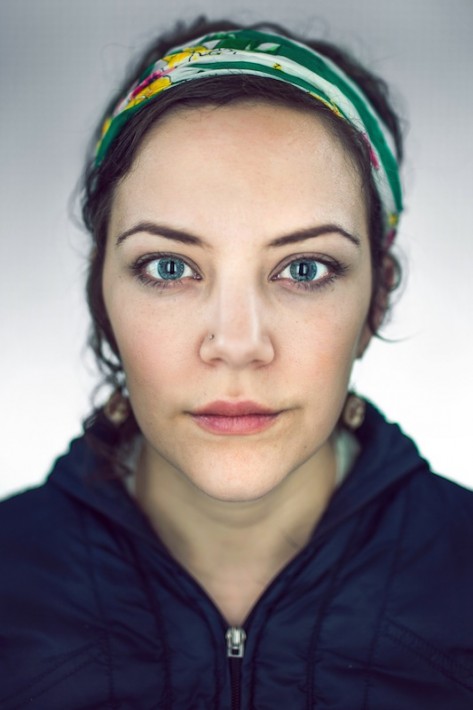 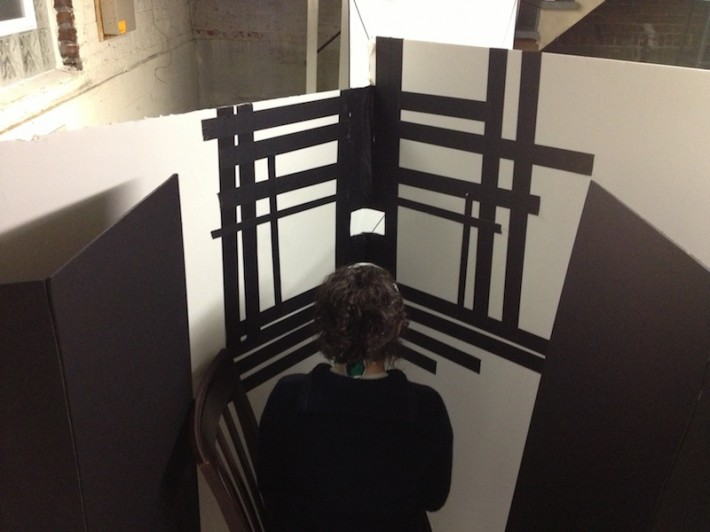 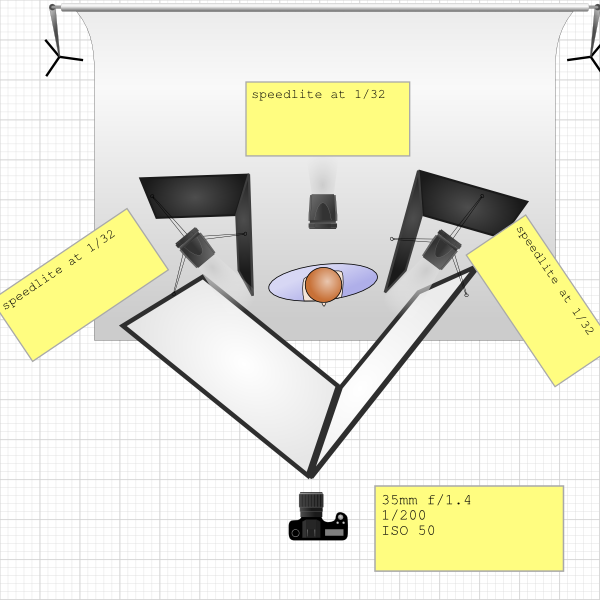 In the fourth and final scenario, I added black gaffers tape to the white v-flat. I separated the bounce area into two sections and feathered the fall off with the spacing of the tape.

Lessons like this one as well as 25 other lighting diagrams are available in my new e-book, RGLR, The Run & Gun Lighting Resource for $10. 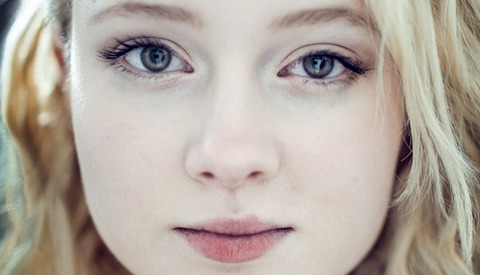 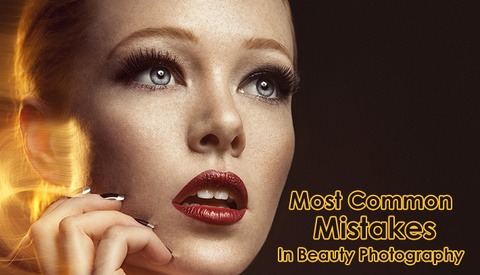 Here's his exact set up - http://www.youtube.com/watch?v=8ZTGXhWjAf4

oh no, not again :D it is not even close to schoeller's lighting, and that's not a matter of 4x5 camera vs. smaller sensors, it's a matter of light modifiers used!
schoeller clearly uses two rectangular softboxes with grids on [have you ever given a CLOSE inspection at specular highlights in his portraits?], rather close to the subject's face.
the setup in the video suggested by jens marklund is way different, and clearly gives a different result.

I did see the video and know that Schoeller uses two strip lights. I mentioned in the post that I don't have any strip lights, but wanted to see if I could achieve the effect with cheap/simple supplies. Just an experiment.

nope, strip lights or regular softboxes, that doesn't matter, it's the combination of grids, distance and direction, that can make it work the schoeller's way.
I like the pictures thou :)

He uses 2 Kinoflo banks an over head strobe and a background strobe.

Nice result! I have to say the pictures that led up to the final image were fantastic as well, nice work.

I hope people don't go and rip off this guys style. I like it a lot but I like it when HE does it because that's what he is known for. Did he invent the look? Probably not but I just don't like when people become TOO inspired by a person's style and try to make it their own.

35mm for a headshot ? They all look deformed to me.

PS: I can't see may Google name in the header: Gabriel Bratescu

Right choice if you want to duplicate Schoeller's work.

Interesting. I would try something like this if I could get a subject to sit long enough enclosed by a ton of foamcore like a claustophobics nightmare visit to Jerry's Art-O-Rama.

I do have a kit of Aura flouro lights coming in, so I might give it a try with two 2' FLs, again, if I can find a subject that will sit still and be tolerant. Most of my portrait clients are business types that don't want aartsy, interesting light, unfortunately :-

Thanks for sharing. Always cool to see the steps involved in experimenting with a creative idea.

Looks cool, nice job.
I tried the same look but I am experamenting with using LED lights.  I have a ways to go but I thought the effect works.  I need to work out the color and LED placement.

Help me understand—what's so great about having the twin rectangular catchlights in the subject's eyes? To my (perhaps uninformed) eye, it makes the subjects look like they have cat-eye pupils. I really like some of the photos leading up to this, but the final look achieved seems alien and hungry. Please tell me what I'm missing here.

Your final shot is far better than phlearn! well done!

I just don't get Schoeller's work.  I've looked at dozens upon dozens of his pics of famous folks using this technique, and I'm like..."Hmm.  Celebrities with tightly-cropped faces that are lit more in the center and giving me nothing of their personalities or their souls". I'll quote one of the great photogs of our time who told me "you don't take pictures, your subjects give them to you".  Faces, no matter how well-known they are, who aren't letting you in or giving you anything (except cat-like reflections from fancy lighting schemes)...just not doin' it for me. am I the only one who feels this way? (Obviously it's doing something for a lot of people because the guy has a world-class business going!)

You should try your own style, what's the point of emulating other photographers. You are opening up yourself to lawsuits if you try to pass this off as your own even if a client asks you to copy the look.

My goal was to see if I could recreate his lighting with a more stripped-down setup. And I accomplished it. Plus I learned a lot about how light bounces and reflects in the process. I have no plan on replicating Schoeller's portraits in the future. But I will likely do a variation on it sometimes. I'd rather have more tools in my tool belt than I need. Make sense?

Yes that makes sense. What did you achieve by using the black tape in that pattern?

Um, can someone copyright a photographic technique? Or has nobody stuck 2 strip lights in front of someone and shot them up close- in the history of photography except for Shoeller? Can you copy a food recipe or variation of it? Lawsuits? Thanks for the laugh, haha!

And on another note- learning is just that. Whether on our own, watching others or by being taught. A good photog takes what they learn and builds upon it into their own style. Please don't sue me as i'm sure that last sentence has been repeated tens of thousands of times throughout history. Don't wanna get in trouble!

And on a last note, thank you Nick- these look wonderful and really appreciate the how-to on achieving this look!

Yes you can get sued if you copy a style and use it commercially.

That is hardly true using your terminology "style". If you directly copy, say a photo pose-for-pose, location-for-location with the intention of replicating the original, then yes. But copying a lighting technique, no. You cannot successfully sue someone for that.

Why hasn't anyone sued 1 direction for their immitation of the Beatle's cover then? lol

Great Job!... I tried this the other day also.. this is what I came up with on myself

an attempt in order to better understand this light

There is a new app for studio light setup documenting available at app store, you may find it very useful. Check the iPad version's screenshots. I've developed it as I needed something like that very often. It should save you a lot of time when documenting your setups:

Or just search for 'Studio Light Setup' at app store.