Vintage Chairs and Wine Glasses: Behind the Scenes of an Old Shoot

A few years ago, on one of my first advertising shoots, I was asked to take a photo of a condo building downtown. All I knew was that the client would be bringing props, that we’d be shooting on a balcony, and that it would be night time. From start to finish, I wasn’t really sure how the ad was doing to turn out… and it turns out, years later, that’s still what tends to happen on commercial shoots: things don’t turn out how I think they will.

This was one of the first shoots I did where I was lucky enough to have an art director on site. While a lot of photographers don’t like having art/creative directors present on shoots, for fear of micro-management and nit-picking, I actually prefer it. It gives me another mind to bounce ideas off of and I get instant feedback on my work so that I can tweak it in the field instead of in post. That, to me, is gold. Working directly with a creative director gives me a better opportunity to deliver what the client wants, and if they approve the images on site, there’s not much more they can ask of me afterward.

On the 9th floor of this condo building, we set up a couple of vintage chairs, a small table, and a couple of glasses of wine. I had, from what I recall, one light – a strobe of some sort, either a Paul Buff Einstein or B800 – with a large softbox about 45 degrees to the left of the camera. We were shooting through a doorway (that I knew I’d have to Photoshop out) and looking down onto the “main drag” below.

In order to show activity and nightlife down on the street below, I knew I would have to do a long exposure to get light trails, and also knew I needed to keep everything sharp so that both the foreground and background were in focus. I ended up shooting for eight seconds (on my Nikon D3s, which is currently for sale…) with a Nikon 50mm f/1.4G at f/16 and ISO200. 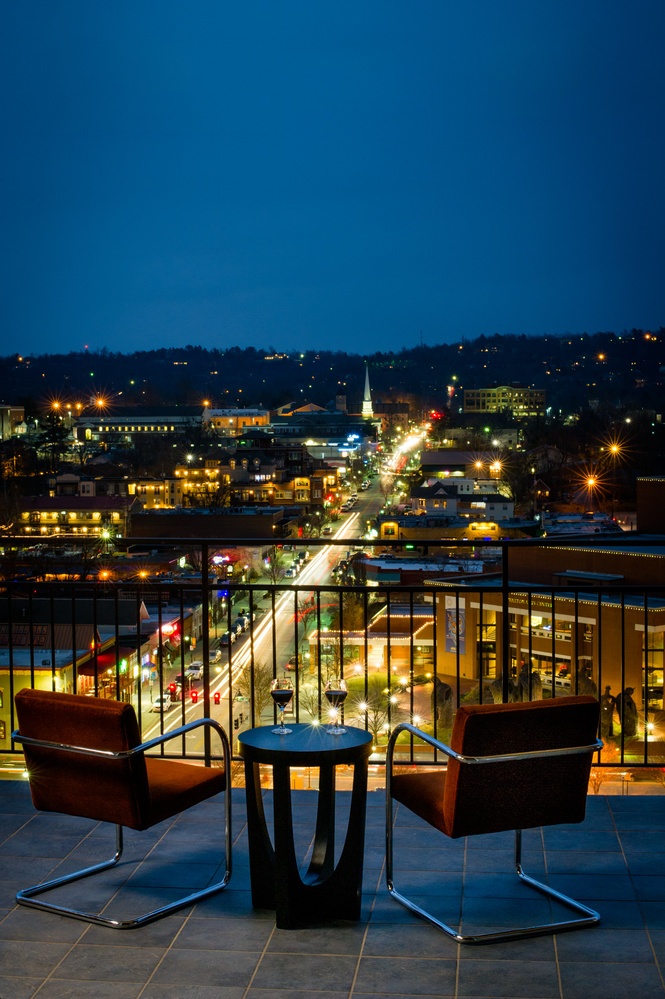 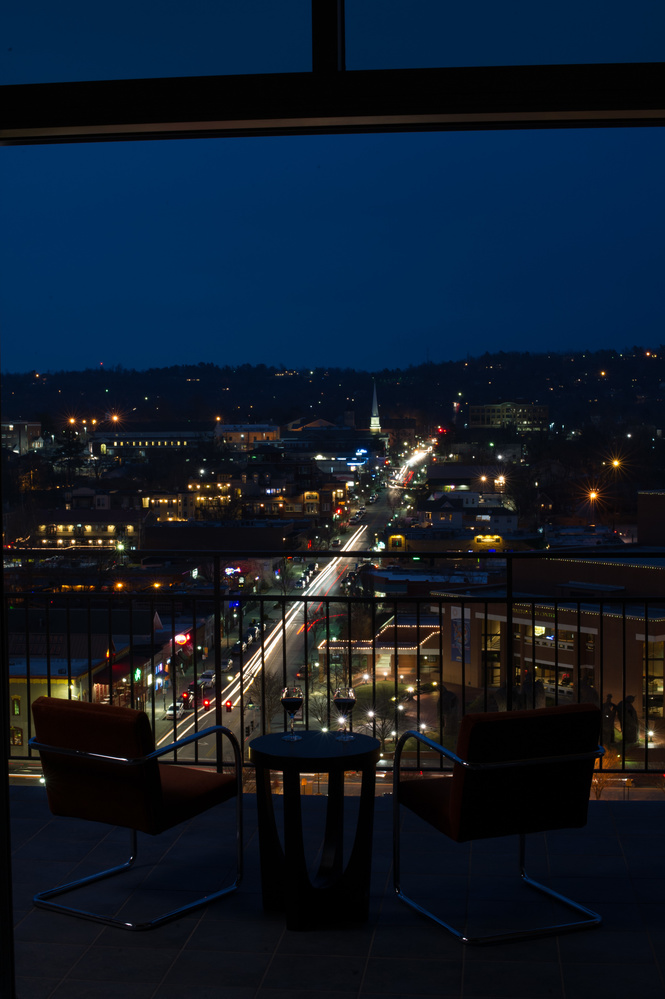 The original image is pretty dark, especially in the foreground...where the light should have been hitting the chairs. I’m not sure what I was thinking at the time, but I think I was tethering to a computer adjusting on the fly, and knew I could bring up those shadows on the chairs using a graduated filter and a little dodging and burning in Lightroom. And here's how the final ad turned out. 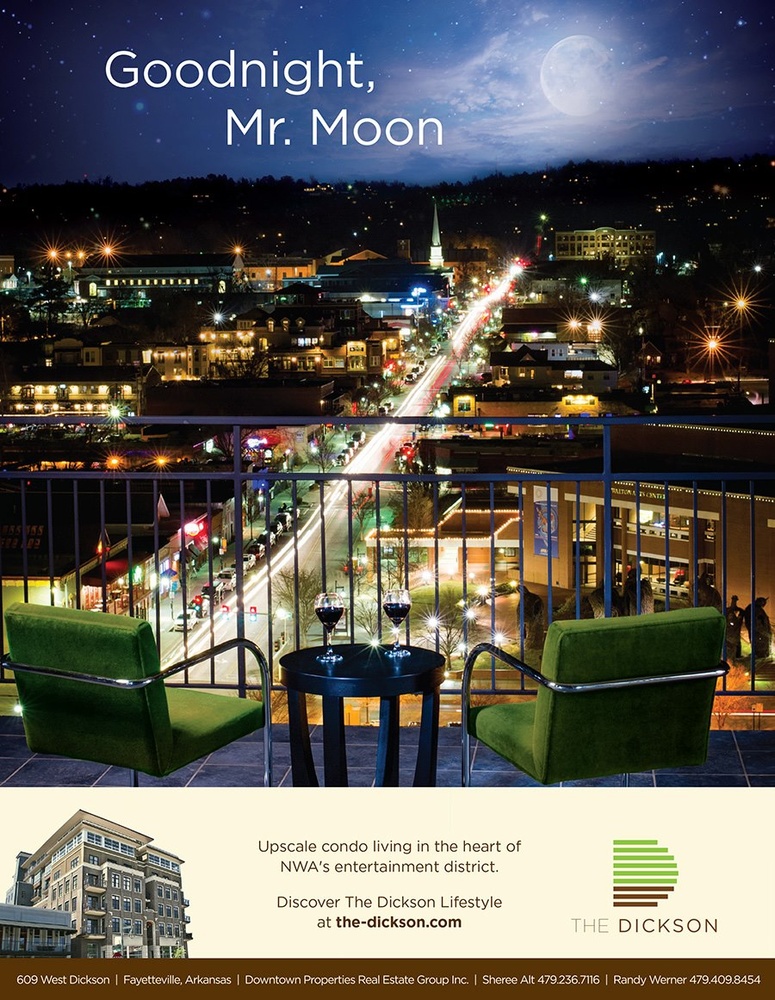 Is it my best work? No. But most of my work from 2013 probably wasn’t. What I learned from the experience, though, is that no matter what is in your head as far as how the images from a shoot will be used, it will, nine times out of ten, be different than what you envisioned. I knew they were going to add in a different sky, but it’s not really what I pictured in my mind. What caught me by surprise the most, though, was the color change in the chairs! I thought the orange was pretty vintage, but the lime green that matched the company logo sealed the deal and tied it together more than I expected it would. 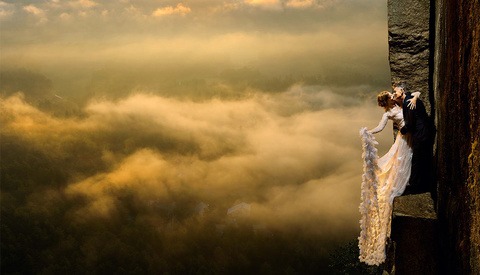 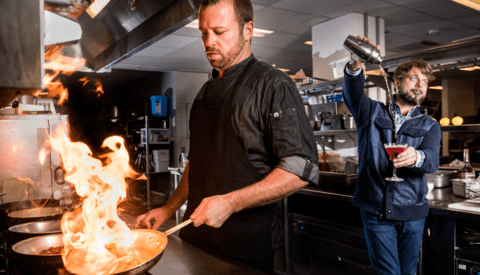 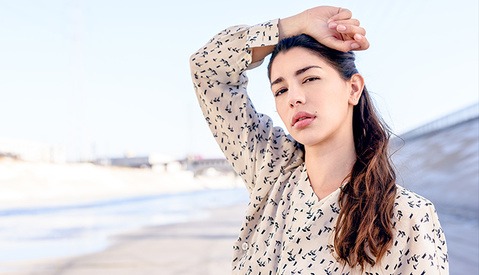