What a Portrait Should Be: Behind the Scenes with Edward Snowden

When it comes to portrait photography, your camera, your light, your years of photographic know-how counts for little if you don't have a subject with substance.  The power of a portrait is in the people.  Do you reveal their essence?  Do you tell their story?

Choosing a subject with substance was not a problem for Wired Magazine but for journalist James Bamford and photographer Platon finding him was.

It took almost a year to arrange to interview and photograph Edward Snowden in Moscow, where he has sought asylum.

In 2013 Edward Snowden, a former National Security Agency contractor, leaked a number of classified documents to various media outlets, exposing the US government for what some would call crimes against the people.  Since then Snowden has been the most wanted man in the world as authorities try to bring him to "justice".

To learn more about the decoded files of the NSA and what they mean for you click here. 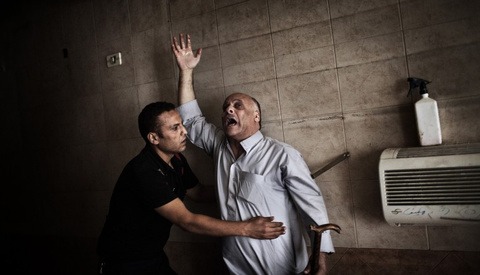 I found the environmental portraits absolutely fascinating. I've never seen a Platon photo outside of the head-on Hasselblad portraits. They're so incredibly different from his typical work. Here's an example: 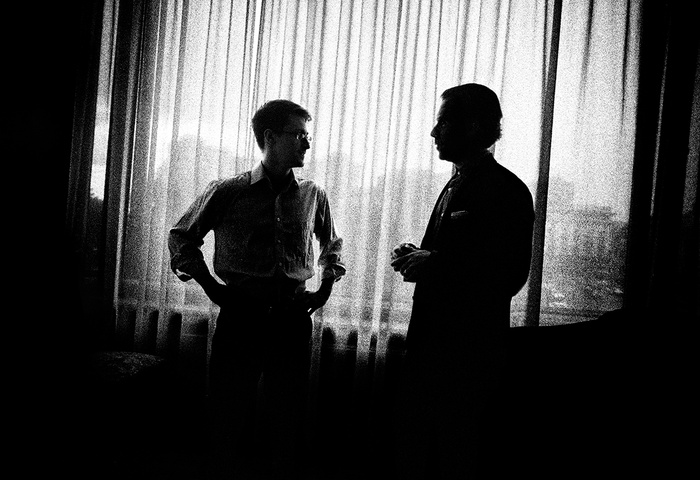 They're great photos but I'm gonna call b*llshit on the article. If you rely on your subjects alone to make good photos you're in trouble. You made the statement that cameras and lighting aren't important so, on some level, you're expecting a comment like this.

If cameras and lights don't matter then what do you have left to write about? Let's all sell our cameras and Fstoppers flashdiscs and start shooting interesting people with our iPhones.

This was like showing up to class one day and having the professor say "ehh, just read the spark notes -- I'm going home"

"When it comes to portrait photography, your camera, your light, your years of photographic know-how counts for little if you don't have a subject with substance."

As you can see that's not what he said. The point is that without substantial subject matter shooting large format with biggest parabolic reflector won't help you. He's not saying that gear, lighting and technique are meaningless just that these are secondary parts of a photograph that build upon subject matter / concept behind it.

I think that it's true, content is king and cameras / lighting / talent is secondary.

Don't get me wrong, great subject material captured badly is a travesty and good subject matter should be treated with the respect it deserves.

The article refers to a "subject with substance" and this can be anything / anyone. I took a remarkable shot of a kid playing with a water fountain the other day and his expression was timeless. Yes I had a 5D3 with 50mm 1.2 and pro skills - but the thing that truly makes the shot is the kid. I was fortunate to have captured the moment and my skills / kit allowed me to convey the mood appropriately. This was where I was blessed with a subject of substance (they don't all have to be famous).

Might I wager that any portrait which conveys mood / expression / reaction has a subject of substance. This can be a politician at war, or a beautiful model.

I guess the point is that all the kit and lighting in the world is for nothing if the subject isn't worth the capture.

I love Platon's work, especially his political portraits he shot at the UN. Watched as good series of videos from Mark Seliger and Platon featured in the first one, comes across as an O.K. guy

This is a great interview!! When I first saw that it was 20 mins... I almost didn't watch it, but I'm glad I did! Thank you for posting this!

Platon is one of the best storytelllers in modern photography - not just the images themselves, but his tales of the actual capture.

At 1:35 into the video, you can see Platon's lighting setup for what is a very Platon portrait. He's using an umbrella which may be due to his need to travel light. Wired covers are always more than pure photojouralism but the fact that Platon brought the flag along for the shoot does seem to me to be a bit too staged.

I really enjoyed this. I'm a big fan of Platon's work. He is brilliant at the white background technique. and great at getting emotion from subjects! I also love the grainy environmental portraits!