When Is It OK to Be the Photographer at Your Own Wedding?

Wedding photographers would like to hold their clients — or would-be clients, for that matter — to certain standards. As a collective, we’d love to see them shop for the best vendors, spend good money on photography, and have unplugged weddings with nary an Uncle Bob in sight. The list goes on. It would stand to reason that most of us in “the business” would probably find the idea of a bride acting as her own photographer to be pretty abhorrent. We’d chalk it up to selfie culture run amuck or DIY gone wrong, wouldn’t we? Would you? I probably would have, if I’m being honest. However, we might be wrong.

Enter project manager and photographer Liisa Luts, an Estonian creative who recently did just that. When confronted with planning a wedding, Luts took the task of being the documentarian into her own hands.

“The idea to shoot my own wedding came quite naturally,” she said. “We knew we don’t want to ‘plan a wedding’ with all the wedding elements, including a wedding photographer, we just wanted to make it legal and celebrate a bit.”

Luts’ situation was unique since her wedding was less than formal.

“So since there was no wedding pressure I thought that it might be an interesting challenge to take some photos myself,” Luts said. “About a week before the special day I decided that I’ll take photos from the moment I wake up to really get the bride's perspective of the whole day.”

With that in mind, Luts decided to use a FujiFilm X-T10 as her tool for capturing the day, citing the camera’s portability as the primary reason for picking it over a DSLR. She said she wanted to be able to show things as honestly as she could — for the moments to be documented just as she reacted to them.

It’s hard to argue with the results. She finds a modern aesthetic and shows an honest attention to both the moods of the day and the personalities involved. As a documentary of a wedding, I’d say that Luts’ project pays off.

Still, this photographer-bride hybrid realizes that she made a very outside of the box decision that might not be suitable for everyone.

“The idea is not to prove a point and it most definitely isn’t a call-to-action to cancel the wedding photographers and to take your own photos,” she said, adding that she wanted to really collect a series of images that were true-to-self. Luts was willing to have a set of photos without bells and whistles, since the wedding matched that motif.

“For an example, if I had to take one photo that day, I’d probably have planned it in advance, cleaned the scenery and thought a lot more about the perfect angle, lighting, and composition,” Luts said. “But, in these series every photo was taken as the moment let me, nothing staged and nothing made look fancier than it really was. Overall I think that everyone should make their own decisions whether to get married at all, how to celebrate that day if they do and all other aspects in life, too.”

I actually found the idea of a bride committing to something like this to be refreshing. It might sound slightly insane, given that this is essentially a job that another photographer didn’t get. Still, you can’t deny that this is a far cry from putting disposable cameras on all of the tables or even settling for your uncle or cousin to stretch the comfort zones of their favorite hobby.

She did this very intentionally. Not to be cheap. Not to spite high-priced shooters. Not to make a statement. She did it to serve herself and her husband best. Who would have thought it would work?

It just goes to show you that no matter how many weddings you photograph, or how often you see things done the “right” way or the “wrong” way, you’re still just seeing them unfold from your own perspective.

Stepping outside of our own point of view can be a critical tool for creating honest wedding photos. Honest is certainly an adjective that I’d love my clients to use while describing my work. Luts' collection reminded me of that.

I feel this work speaks best as a collection, so please check out the entire blog post here. 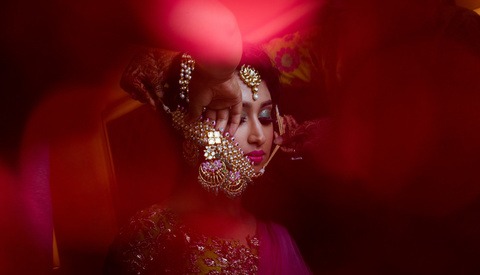 Business / October 5, 2017
Ten Things You Should Know When Starting Your Wedding Photography Business 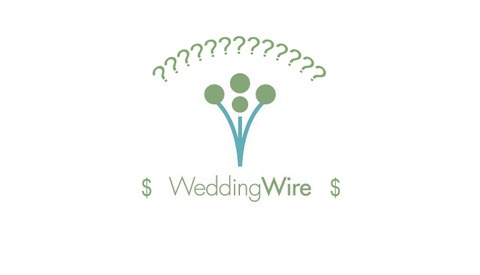 Business / February 22, 2017
Is Paying to Advertise as a Wedding Photographer on WeddingWire a Waste of Money? 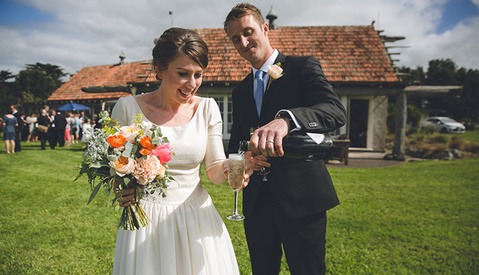 Business / April 22, 2016
In Support of the Wedding Photography Weekend Warrior 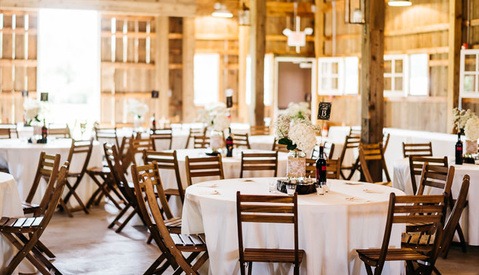 Business / February 5, 2016
Yes, Wedding Photographers Should Be Fed. No, You Cannot Delete Anything From the Internet.

I think these are beautiful. I'd love to do the same thing with a little film point and shoot and some HP5.

Thanks for the typo rescue, Fritz.

No worries. Still the link goes to a X10

When is it not ok for a bride to shoot her own wedding?? Who makes these rules? When my wife and I were planning our wedding I felt like we were up against some shadowy committee somewhere who set wedding rules that vendors and various old ladies were terrified to break.

I find these shots to be a refreshing change from 25 year old shot list 99% of wedding photogs use. Think the marriage will last without that shot of the wedding dress hanging in the bedroom or the bride looking pensively out a window? I think the full set of photos on her blog do a fantastic job of showing the day from the Bride's perspective. It would have been just as successful regardless of how formal her wedding was.

I like it. She'll revisit her wedding exactly as she saw it. Of course, she won't have images of all the things she didn't see, but I don't think that matters to her.

I wanted to do the same thing but the wife wouldn't let me. =) I'm glad though, I would have been stressed all day instead of enjoying what turned out to be an absolutely perfect day. I think she did an awesome job and she'll have an amazing story to tell her kids and grandkids... if they have kids. No pressure.

Good on her. Looks very genuine and low-key. Relaxed.

I was going to have a stand in for mine.

I think these are great =]] The client wanted to take her own wedding pictures...and she did just that! Good article nonetheless. I'm positive we will see more of this in the future.

Bill Binns: "When is it not ok for a bride to shoot her own wedding?? Who makes these rules?" <-- Agreed

Good for her! Great photos. I'd recommend this to anyone with the skill and steady nerves.

I think this is adorable, cute and nostalgic in years to come.
You make your own rules in life and theirs was to be different.

This is something I have been thinking about recently myself, as a photographer I have my tastes and style I like, and I wouldn't want to settle for a lesser photographer I don't really like in my price range because I would hate them later on in life, photographing my own wedding has been something I've tossed around in my head

honestly i find this stuff better than 95% of the canned and trite wedding photography i see these days. super ballsy creative idea.