Iceland has become a naturelovers' playground and a hotspot for adventure photographers looking to visit the home of some of the most popular Instagramable locations on Earth. But many travelers visit the island nation during the warmer and more accessible summer months. Winter is when most of the country is covered in snow and ice and tourism drops dramatically. But that isn't stopping four British adventurers from attempting something that has never before been accomplished; crossing the country unsupported in the heart of winter in what they're calling "The Coldest Crossing."

Charlie Smith and his three friends, Angus Dowie, Stefan Rijnbeek, and Archie Wilson, all between the ages of 19 and 20, are finishing up preparations for their early December start to their expedition and have recently released a short film teasing their adventure. The short pilot is beautiful in itself as the four seasoned explorers talk about the impetus behind the expedition as well as the execution behind the task of filming their adventure.

Armed with cameras, GoPros, gimbals and drones, the team will depart from the north of Iceland and head south. But a Hollywood camera crew is not joining them and they won't enjoy the comforts offered to the likes of Bear Grylls. The over-month long journey will be a raw documentary of Iceland's beautiful yet challenging landscape and the harsh environments of winter.

"It's no longer: just book flights, put one step in front of the other, repeat, book flights home. It's so much more complex and convoluted; in a way, it's more exciting." Smith says in a recent blog post who says the impetus behind the project is to get more people outdoors and into nature.

The Coldest Crossing on a training hike in Iceland. Provided by Charlie Smith.

The team is planning on documenting their journey in real-time through social media, allowing those back in the United Kingdom and around the world to experience the day-to-day challenges of Iceland in the middle of winter. In addition, the team plans to create a feature length film in 2016 of their adventure.

Adventure photography and filmmaking is at its most popular point ever with brands like REI and Black Diamond creating dedicated channels and series devoted to their athletes and telling stories about the outdoors. With the recent rise of Socality Barbie to over 1,000,000 followers, the outdoors and adventure storytelling is of hot discussion. And when conversations swirl around authenticity and the stories behind some of the tired tropes of those #LiveAuthentic Instagram posts, here is a group facing the danger head on and embracing the true challenges of the outdoors.

[Via The Coldest Crossing] 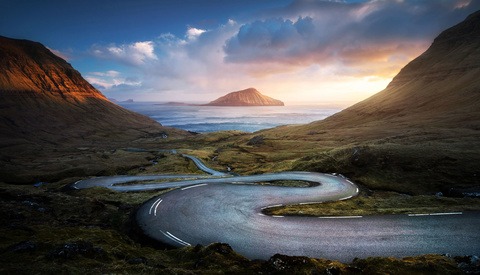 Education / May 28, 2019
Six Tips Photographing With a Wide-Angle Zoom

As I, and most Icelanders, expected when we saw this story…
They had to be picked up by ICE-SAR not once but several times.