I recently travelled to the local racetrack with my brother for an open track day and decided that while he was out riding, I would try to make a few portraits of the other attending riders. I spent plenty of time ahead of the trip planning lighting, gear, locations, and more. This is a step by step walkthrough of how I created this series of portraits.

I decided to take my usual approach of using flash and posing the subjects, rather than using a more documentary style and shooting quick, natural light portraits. Having been to the track before, I had a pretty good idea of what the light would be like in and around the garages. With this in mind, I knew that I would keep a natural balance between the ambient light and the flash, using the Rotalux to augment the light that was already there. This involved a lot of metering; something I’ll touch on later.

While most of the garages are pretty similar in their look, being able to incorporate each rider’s bikes, tools, suits, and other equipment helped to differentiate each portrait. The monotony of each garage’s plywood walls and chainlink fences help give the series a sense of cohesion. The outlier being the one photo shot outside under the rider’s tent. Because the tent created a beautiful, soft light, I was able to balance the ambient and artificial light in a similar way.

I just received my new (to me) Profoto AcuteB 600 power pack and figured it’d be a great chance to try it out. The AcuteB pack is perfect for location shooting as it not only has plenty of power at 600ws, but is small and light enough that it’s extremely convenient to work with. I was able to haul the AcuteB pack and head around with my Elinchrom Rotalux 69” Octabox all over the parking and staging area of the track to shoot the portraits without breaking my back. In fact, my only issue was the Rotalux acting as a small sail in the wind. The Rotalux was crucial as most of these portraits were in the garages rather than out in the open. Garage doors act like giant softboxes, even in harsh sun like I was dealing with that day. Because the ambient light was so soft, I needed a matching modifier for my strobe. Being one of the largest modifiers available (for on location work that is), the 69” Rotalux was perfect.

The camera was a D810. I really wanted to work with the Fuji GFX for this to have the medium format rendering and high resolution, but was unable to rent it for the weekend. Personally, the D810 is the next best thing. While I had both my Fuji X-Pro2 (easily one of the best cameras I have ever used, ever) and the X-T2, the D810 was able to give a beautiful look with the Sigma 50mm 1.4 shot wide open. Had I had the Fuji 35mm 1.4 or 56mm 1.2. I would have just used those instead.

Lastly, but very importantly, I used two one-stop neutral density filters to help balance the ambient light. The reason for this is that without high speed sync on the AcuteB pack, I’m stuck to a sync speed of 1/250th of a second. By putting two stops of neutral density filters on the lens, I’m then letting in as much light as 1/1000th of a second would. Because the AcuteB has so much power, I can easily increase the output by two stops to adjust for the filters. 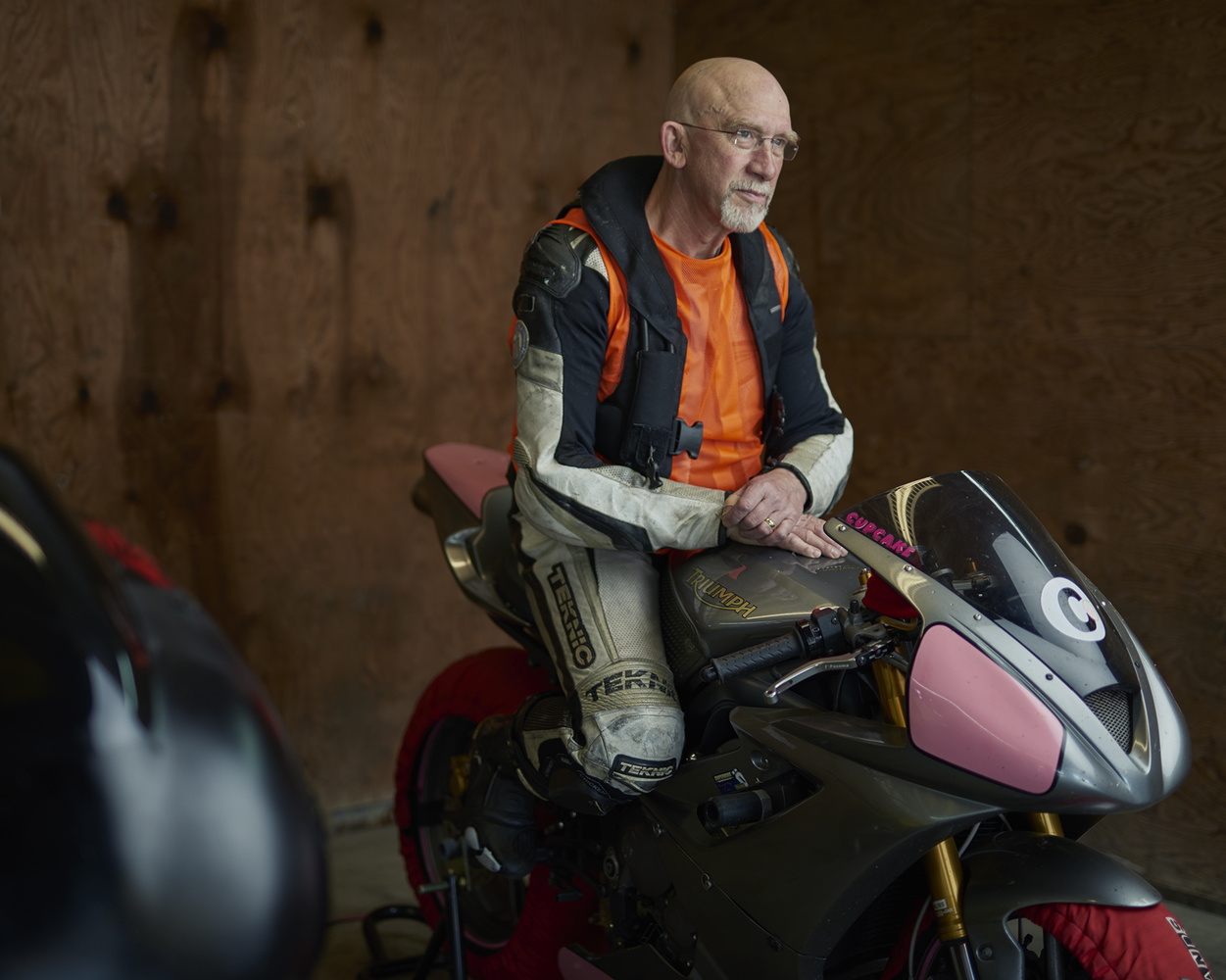 I didn’t contact anyone prior to the event, which can make things tough since you’re springing a portrait session on folks that aren’t used to being photographed in this way. I set up the equipment as soon as I arrived and slowly started to ask around as the riders got settled into their garages and were awaiting their riding session. It’s important to be as kind and open as possible when asking people for their portrait, as they’re doing you a favor. They’re taking time out of their day to sit down and listen to your directions. If they agree, be courteous, quick, and absolutely offer to send them the photos via email later. Give them a business card or your Instagram profile and be on your way. When photographing subjects that aren’t used to having a formal portrait, it’s critical to be quick lest they get annoyed.

If I’ve learned anything from photographing people, it’s that you should have a decent motivation for your portrait. Often times, you’ll need some form of connection to the subject. For me, it’s that my brother is a rider at the event and that my family is a part of that culture. When asking people to sit for a portrait, I was sure to mention that so they knew I wasn’t just some guy coming up to the track to shoot them for no reason. I had a common interest in motorcycles and racing with them. Because of this, they were likely far more lenient with agreeing to the portraits than they would be had I just asked without mentioning that connection. This goes for virtually every subject. If you don’t have a direct connection like that, you should be sure to create an understanding of the project with your subject. Remember, you never want your subject to feel exploited. Keep in mind that if you’re hired by a publication or brand, this can be a little different. I have no connection to soccer, but if I were hired by a channel, brand, or publication to photograph soccer players in a similar fashion they would understand why I’m there and feel far more comfortable with what I’m doing.

As for the technical aspect, the shooting is a fairly simple process. I would talk with the rider to find their garage or trailer and bring my light to them. From there, it’s about analyzing ambient light. Because the strobe was meant to augment the natural light in the area, I paid close attention to the direction that the ambient light hit the subject’s face, suit, and bike. This helped me to position the strobe in a natural way. From there, it’s on to the exposure. I would first meter (yes, using an actual light meter) for either ISO 64 (if I could get away with it) or ISO 100 and f/2.8. I kept a low ISO for maximum dynamic range, and a large aperture for subject separation. I would actually shoot at f/1.4 or f/2 most of the time, but metering for f/2.8 was necessary to compensate for the two stops of neutral density filters. If I metered for f/2.8 and got 1/1000th of a second, then I would know to set my shutter speed to the max sync speed of 1/250th. The reason for metering at f/2.8 instead of f/1.4 where I was actually setting the lens, was to not confuse myself when metering the flash. I had to meter for f/2.8 with the flash in order to get a proper exposure on the subject. For these portraits, I tried to keep a balance of one stop underexposed for the ambient light and zero or one stop overexposed for the flash. This helps to keep the balance of light looking natural while still allowing the flash to help place emphasis on the subject.

It may seem like a lot, but it’s a pretty simple system for getting the exposure consistent with varying light levels. If you’re working with a high speed sync capable flash, this is even easier because the filter factor is no longer an issue and won’t need taken into consideration when metering. I started in off camera flash before high speed sync was in every flash on the market, so this method is what I learned on and continue to use for the most part. Remember that there’s no one way to do anything in the world of photography, this is just my preferred method. If you don’t want to use a light meter and just work off the back of the screen, more power to you. I guarantee that a meter will save you a ton of time though. 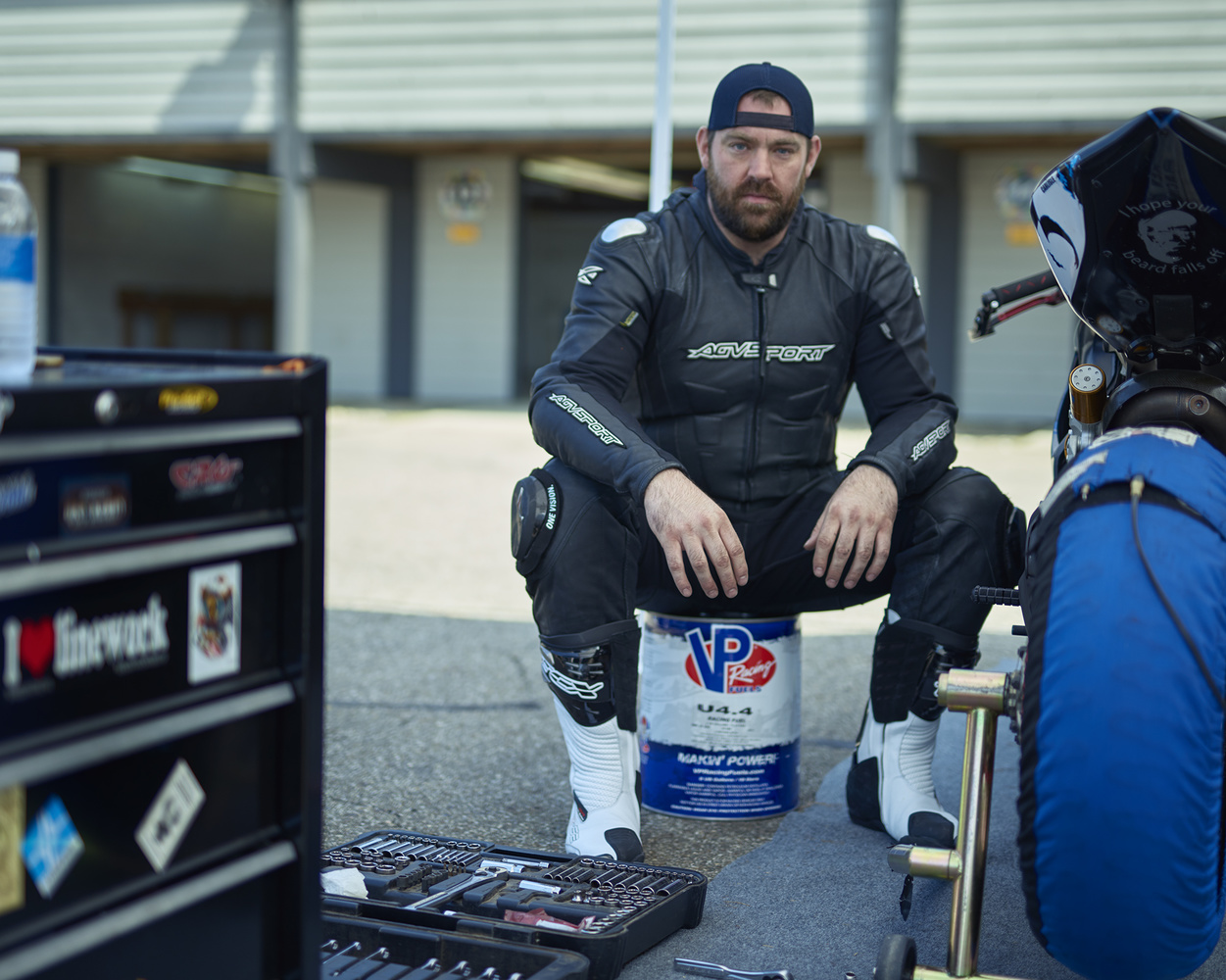 I’m a pretty simple editor in that I try to get the photo as close to the final product as possible in camera. My current workflow looks a little something like this.

-Select final images in Capture One

-Curves for contrast and color

-Cleaning/healing tool for skin and any distracting elements

The contrast and color adjustments are of course done to taste and I find the curves tool to allow for the most control for these adjustments. I will say that if the exposure isn’t great, do the curves bit in Capture One. The reason that I do it in Photoshop most of the time, is that if I have to find an image later on to reprint, reedit, or resend to someone, the PSD has all of the adjustments built in and I can tweak as necessary. If I had a TIFF with all of those adjustments exported into Photoshop from Capture One, I would have to completely redo every edit just to change contrast or a color curve. Light with the shooting of each of these images, there’s no right or wrong way, this is just my preferred method. 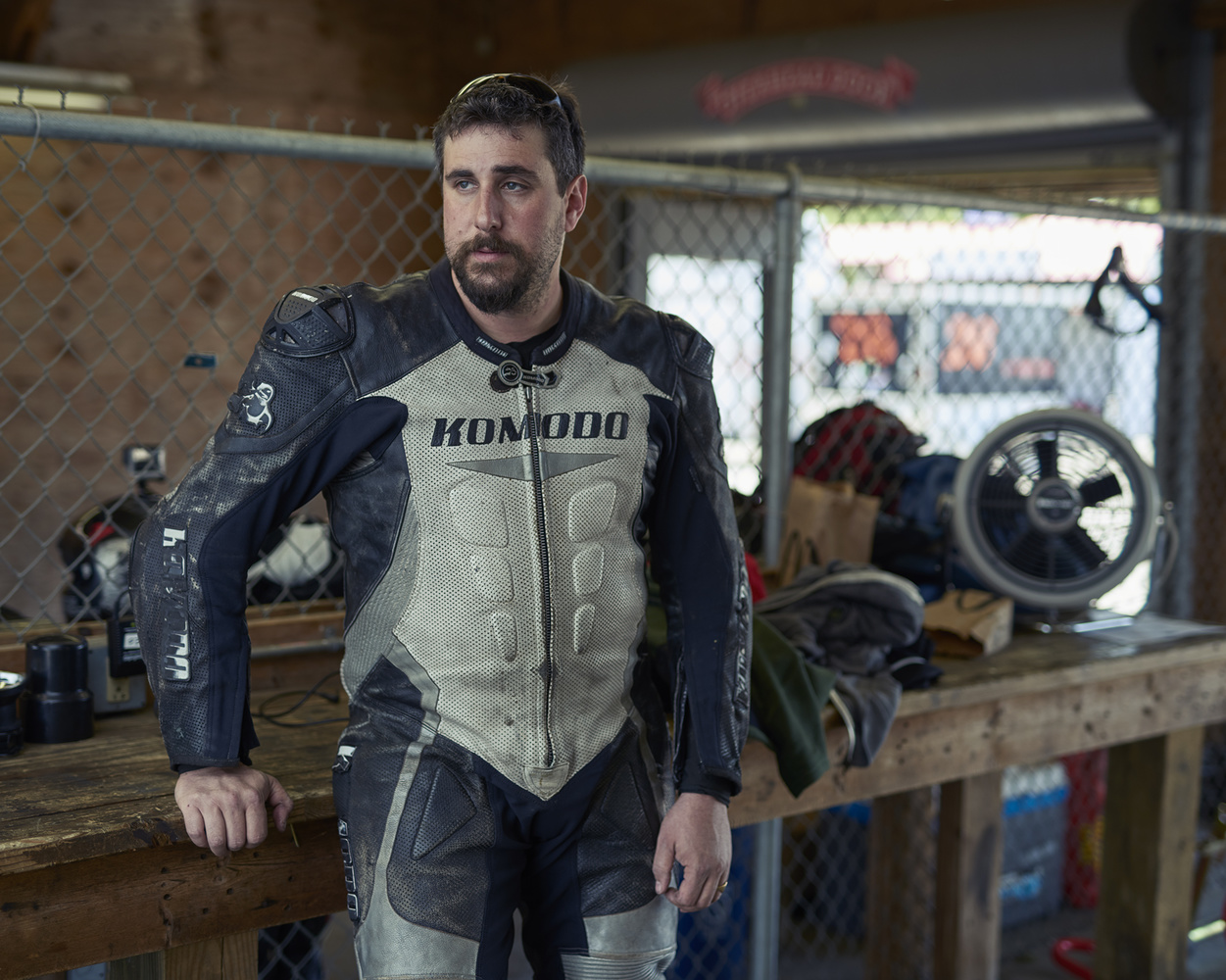 What I Would Do Differently

The next time I shoot a series of portraits like this, I’d like to establish contact with the subjects more than five minutes prior to shooting. Being able to email, call, or message someone beforehand will help to establish a rapport with the subject that could lead to a better image. In this case, that just wasn’t possible because I didn’t know exactly who would be attending the event. This entire series was rather impromptu. While I’m happy with the images, I would like to have more planning and time behind future series to better light, pose, and connect with my subjects. I hope that each of you can take something away from this short guide for your own projects. I’ve said this before, but just go out and make some work. The only way to improve in this craft is to shoot, and shoot, and shoot, and shoot. Learning from mistakes is the best way to learn. 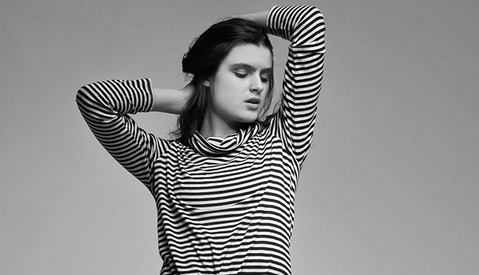 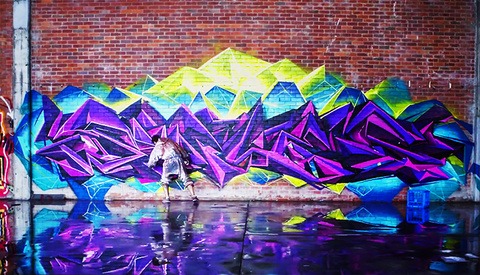 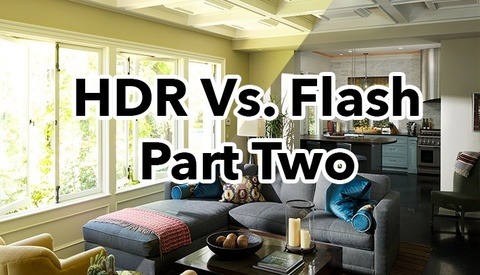 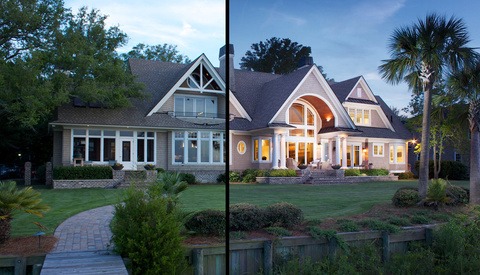 Architecture / July 22, 2014
How To Photograph And Light Real Estate At Dusk On A Budget
Log in or register to post comments
6 Comments

Impromptu in the sense that I couldn't plan out exactly each and every frame because I didn't know when and where I would photograph each person. Planned in the sense that I went into the day with an idea of what I wanted to do, not just shooting and hoping for the best.

Hey Spencer,
thank you for the article. Very useful information.

One question - I am using a similar workflow:
Since Phase One issued their 10.1(.1) version with PSD (read only) "roundtrip" support - would you change your post workflow ?

No. I don't use Capture One past exporting the file to PS.

I photograph cats and this article was extremely helpful

Great article. If I could make one suggestion. It would be that as well as givining the subjects a jpeg image, give them a 20x16 print. A large print will have much more impact on your subject and they would be more likely to post your jpeg image as well.