Whether you're a new photographer looking to create some interesting photos on a budget or an experienced shooter that's looking for a little out-of-the-box thinking for your photography, there are many ways to use household objects to spice up a shoot.

Coming at you from commercial and lifestyle photographer Pav SZ is a quick and dirty video on seven hacks that can improve both your cinematography and videography. Using everyday items, Pav is able to add J.J. Abrams-style lens flare to a photo or create amazing bokeh using those Christmas lights you just put away for the season last week. While I've often used lights as a background, foreground, or double exposure element, I've also been able to use tin foil to the same effect when it comes to bokeh-licious backgrounds.

There are also some tried-and-true tips such as shooting through objects such as glasses. I often use the same technique with plants, especially for portraits and weddings, to get that dreamy look. Another tip he suggests is using the screen of a phone to create reflections. While I've used phone screens and computer screens as impromptu backgrounds (loading up some bokeh for effect), using one as a reflective surface seems like a good idea as well. It would have certainly saved me money on plexiglass. That said, smartphone screens are just a bit tiny, and so, if you're photographing something larger, you might want to break out the tablet. One tip I've found helpful for a reflective surface of any kind is to clean it thoroughly before you shoot, especially macro photography, as any dust will show up even under weak lighting.

One of the tips that I often forget as a still photographer is one that's good for video. When you think of movement, it's often camera movement in video; however, as Pav demonstrates, sometimes, just moving a light around in the frame and thus changing the shadows and feel of the image is enough to convey movement. He also shares a clever way to accomplish traditional camera movement as well, one that I've certainly never thought of.

There are a few other hacks that are pretty common, such as custom bokeh, but if you've never tried that before, it's certainly worth a look to learn how to do that trick on your own.

If you're looking for some inspiration for your own photography and have 90 seconds to spare, check out the video above. If you have an interesting hack that you use yourself, feel free to share in the comments below.

Nice tricks. Shooting through objects can be fun. 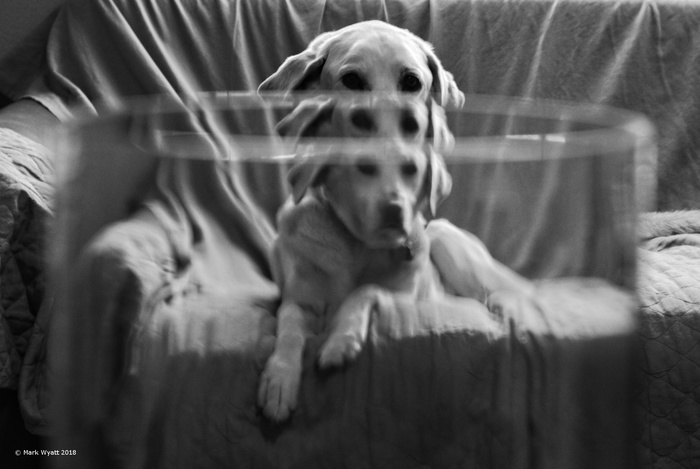 Thank you sooooo much for sharing my video and linking to my YouTube channel. Great article! I need to try the Plexiglas for reflections!

I have a white piece of plexiglass, it's good for when you want reflection but not too much reflection - pretty cheap on Amazon. Thank you for your helpful video! Thought it was interesting enough to share.