The Basics of How to Shoot Video to Make More Money

As photographers, it is often incredibly simple to just stay in your safe lane and stick to photos. I know people that have been photographing for years and never once touched the video function on their DSLR. They are intimidated by it. But adding video to your marketable skills is far simpler than you may think, and with today’s rapidly changing landscape, it’s an incredible tool to add to your repertoire.

While on set, having the ability to flick your camera over to video and grab a few motion shots can really make you stand out to your client. While learning video, it may be difficult to try to offer it to your clients without much experience. However, you can shoot for yourself while on set just to get some practice and a feel for things. Who knows, maybe you'll fall in love with video, and it will become a new priority. Below are some quick tips to help you learn some of the "rules" for getting the most out of your camera's video functions.

In my opinion, the biggest difference between shooting good photos and videos isn't motion, it’s actually audio. A beautifully composed shot will be still be beautiful whether it’s a single still image or 24 frames per second. But bad audio will instantly degrade your perceived quality. Investing in something like a Rode Video Mic Pro will at least get you partway there. The film "Tangerine" was filmed on an iPhone, and while it's not the most beautiful film ever made, it still looks good to our eyes thanks to the good audio; our minds play strange tricks on us like that.

If you want your video to look cinematic or at least a bit more professional, it's a good idea to set your camera to 23.98 or 29.97 fps (25 fps in PAL regions). The reason for this is that our eyes have been trained for decades to see video at these frame rates; so, be sure to set your camera to one of these settings rather than 60 fps, which often makes your video look more like a vlog and not like a professional film. On top of that, if you plan on selling video as stock, most production houses will be working at 23.98 or 29.97 fps. When it comes to shutter speed, the rule of thumb is to set it to half of your frame rate. Shooting 23.98? Set your shutter speed to 1/48th of a second. While these shutter speeds are general rules, when in NTSC areas (Canada, US, etc.), be sure to keep your shutter speed slower than 1/60th (1/50th in PAL regions) when shooting indoors to reduce flickering. 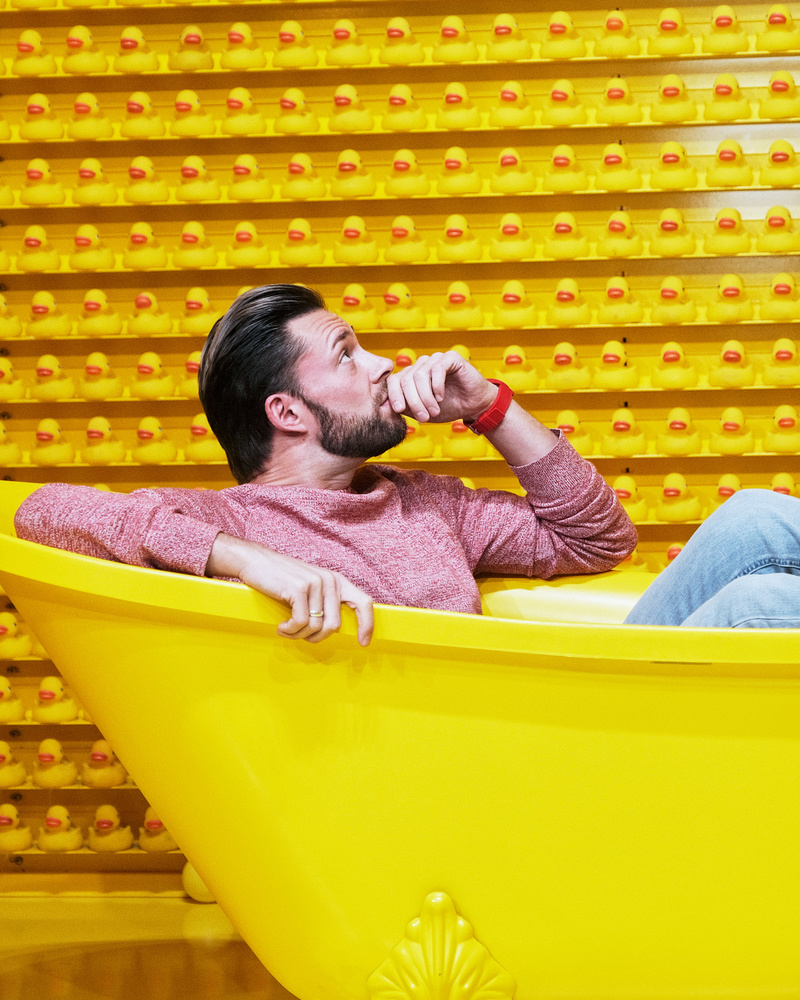 When out shooting on location, it's very simple to grab some video to increase your value to clients.

With photography, we are often spoiled by incredible dynamic range, low noise, and the ability to change our white balance after the fact. With video, we don’t have that luxury without affecting the quality of our image, so be sure to get everything as close to perfect as you can in camera before hitting that record button!

Even if your client doesn't have a specific need for video (even if your client is yourself), you can always take some video while out and about and get some practice, turn it into stock footage, or even turn around and sell it to your client for a fee! If you want to learn more about shooting video, be sure to check out our "Intro to Video: A Photographer's Guide to Filmmaking!"

Education / February 8, 2020
How I Went About Getting Proper Permission for a Bridge Shoot

Good overall point but would have to disagree on some points (especially as you are talking to professionals who work for real clients. Audio yes, but not on the camera (video mic pro) unless the person you are filming is 2 feet away, get a Rode NTG3 or sekonic lav mics or better. Film rate, 24fps, yes if you are creating a commercial to play in the cinema. Check the clients output specifications before shooting any video, don’t just set the frame rate because someone told you. Talk to your client and the post production team. If you are a professional invest in a video/ film camera. I have a Blackmagic Ursa Mini that can shoot Raw video for 1/2 price of your DSLR which can use the same lenses you shoot with, or even BMPCC4K at a 1/4 price. Don’t shoot 8bit video (as a standard offering) if you are a professional. These articles really tick me off. If your want to be professional then learn your craft. I do brand implementation and when we take a brief one of the first questions is where is the content going to live. What we use and how much we invest in it all depends upon the final output, down to Colour management, resolution, equipment used. Plan your work. Just because your DSLR has a video mode, it doesn’t mean your are a filmmaker, but your experience and work ethics means you can be a professional filmmaker with the right knowledge, advice and training.