The Nikon D850 is all over every photography blog and for good reason. One feature isn't getting too much spotlight though, the ability of the D850 to act as a super high-res 35mm film scanner, converting said image in-camera. Like many Nikon enthusiasts, I stayed awake for the highly anticipated official D850 press release from Nikon this past Thursday. Much akin to my reactions during most of the Game of Thrones season 7 finale, I let out a giddy squeal when I read this short line in the Nikon press release:

"Negative/Positive Scanning: With the optional ES-2 Film Digitizing Adapter and compatible Micro-NIKKOR lens, the camera enables super high-resolution digitizing of 35mm slides or negatives and converts them in-camera to positives."

Scrolling a bit further down the press release, you'll even find their suggested MSRP, which again caused my glee to be expressed audibly:

So how does this work? First of all, you'll need to have already shot your film and had it developed. For more info on developing your film, check out:

As far as gear, you'll need:

So far as exposure, I haven't found anything recommending any particular flash power outputs or settings, but it's safe to say you'll need some light on the other side of your film. On to the next fun fact: this Nikon ES-2 Film Digitizing Adapter is being marketed for use with the D850 because of the camera's dedicated Negative Digitizer mode which will auto-convert the image into a JPG, but the adapter will most definitely work with any Nikon camera sporting this lens. For that matter, I will be taking my pre-ordered D850, shooting at 45.7-megapixel raw, and trying out the negative conversion process as highlighted in the video here by Anthony Morganti here.

My personal film camera is a 1998 Canon EOS 3 which sports 45 AF points, Eye Controlled Focus, 7 fps, EF mount, 30 sec to 1/8,000 sec shutter speed, and E-TTL flash support. Since I switched systems to Nikon earlier this year I haven't actually switched over my film camera yet but am now planning to pick up a used Nikon F5 to use with my Nikon lenses. Anyone who wants to dive back into film doesn't have to go hunting for used film cameras however as several manufacturers still produce them, the Leica M7 for instance.

So what are your thoughts? Film scanners are out there and some labs will even do the scanning for you, but with this level of convenience will you be breaking out your old 35mm film camera, or even purchasing a used or new one? 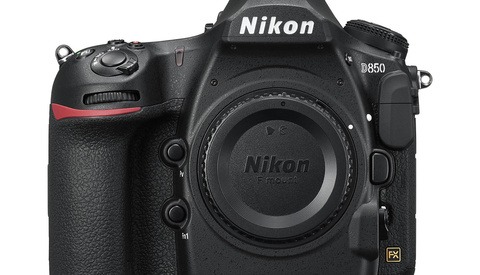 That only applies if you're shooting color. Automatic dust removal doesn't work for B&W film anyway so this doesn't change the situation for a lot of us there.

The benefit it DOES add over a dedicated film scanner is that it's a lot cheaper, much quicker, doesn't take up space sitting on your desk, and you can take RAW images as well as easily bracket to get the most out of your film. This is not taking into consideration that automatic dust/scratch removal often leaves its own artifacts that you have to go and manually clean up anyway. You're also using the camera you already have as well as a lens that can be used for more than just film scanning rather than buying a dedicated piece of expensive equipment that is slow as sin and can only be used for one thing.

The outputting only to JPEG is if you're specifically using the D850's built-in conversion, but there's nothing suggesting that you're limited to doing this. I have a D810 and I definitely plan to get myself the lens and adapter kit because this just makes loads of sense for the B&W film shooter looking to employ a hybrid workflow.

Overall, I think this is a much smarter route for Nikon to go than investing in creating a new dedicated film scanner. They're leveraging the technology from the cameras that you're already going to own and making the adapter the only real cost for themselves and the consumer. Frankly, you can rig up a setup even without this adapter, but I imagine that given the price, it will just make more sense to go out and buy one because it's likely going to be optimized for use with the working distance of the lens.

I honestly don't see automatic dust removal as a huge selling point to the target market this product will affect. This product is obviously not for high volume work. For anyone that already owns the 60mm macro, this will be a very cheap addition to their collection. To anyone who doesn't already own the lens, it's a fantastic marketing push from Nikon to get more macro lenses into the hands of more photographers and push sales.

I was personally already debating switching from my 105mm 2.8 macro to the 60mm 2.8 macro, so now I'll ask NPS to lend me a copy to test out this scanning function. I'll be sure to let you all know the results both with and without the D850 once it's all in my hands.

As for RAW, you are correct that the in-camera processing is JPG only but there is nothing stopping anyone from shooting RAW in a standard picture style and then processing in Lightroom, hence the video in this post. This method is what I will be testing with both the D850 and D750.

Nikon still makes their F6. I plan to pickup one soon since I really love the way film captures images.

I'm with you Felix! Although I'm going to pick up a used F5 instead just to try it all out with my existing Nikon AF-S lenses. At about 1/10 the price and for how little I'll use it, I don't feel the need to go F6 personally.

Seems great if you already have that lens... That's the only lens it works with?

Ditto your comment, I have the Nikon 105 macro lens... so I'm SOL? I like rig and the price is not bad, but I'm back to thinking about jerry-rigging my own solution before I spend over $500 on a new lens to make it work... You can get an awful nice film scanner with $650.

So this is actually a fantastic point. I personally own the 105 2.8 macro and will be requesting a 60mm macro loaner from NPS to test this feature out. I'll definitely be making sure the 105 is off the table for sure because exactly like you both said, I already own the 105 so I'm hoping that will work. Especially since both lenses are advertised as having a 1:1 reproduction ratio. The real question is going to be wether or not the minimum focusing distance of the 60mm at 0.60 ft. ( 0.185 m) versus the 105mm at 1.0 ft. ( 0.314 m) is going to be a problem. This will certainly require some rigging of the ES-2 since it is designed to hold the film exactly close enough to the 60mm to match it's closest focusing distance.

This is a new version of the ES-1 slide copying adapter that's been around for a while. https://www.bhphotovideo.com/c/product/37453-REG/Nikon_3213_ES_1_Slide_C... $60 for the ES-1 but only works for mounted transparencies. Either should work with any lens that will allow 1:1 reproduction.

Right Ken. Both 105mm and 60mm macros are both 62mm threads and advertise 1:1 reproduction, but the minimum focusing distance of the 105mm is 1.0 ft as opposed to the 60mm at 0.60 ft. so that will require some clever rigging to make work. We shall see!