There are many misconceptions or myths in landscape photography; here are seven worth forgetting about.

I have been doing landscape photography as a full-time job for about four years now. Some of what I learned, to begin with, is at best misleading and at worst, straight-up wrong. In the above video, I talk about some of the myths I have encountered in landscape photography. If you want to read about them, this article is for you.

The first one I want to deal with is manual mode. It is often said: “shooting in manual mode lets you control your camera” – as if you cannot control the camera in aperture priority or shutter speed priority and your camera’s light meter suddenly measures several stops of light wrong. Yes, it is true you “lock down” your settings in manual; however, what you really want to control is your exposure, and you control that one just as much in aperture priority. Let us say you want a neutral exposure of 0, you want to shoot at ISO 100 (for minimal noise) and at f/11 (for proper depth of field), then your shutter speed can only be whatever the light meter tells you. If there is no specific reason for compensating for your exposure, then the shutter speed is what it is, and that is independent of what mode you are photographing in.

Seeing the World Through the Lens

Another myth some of us photographers may have heard is “we only see the world through the lens.” It cannot be further from the truth. As landscape photographers, we take it all in. We usually stay in the same location for hours, observing how the weather and light change and interact with the landscape. We constantly try to predict what is going to happen to make optimal decisions about composition and settings. We can only make such predictions by getting to know — from experience — how the scene in front of us behaves.

In the early days of HDR (high dynamic range) photography, it got quite a bad reputation because of some very heavy editing. HDR is just a technique to capture the full dynamic range of the scene by bracketing your exposures. You make a photo to capture the information in the highlights, one to capture the information in the shadows, and one neutral exposure. These, days as cameras are getting higher and higher dynamic range, we can even call them HDR cameras, and bracketing becomes less and less relevant. HDR is just a technique, and it is independent of how you edit your photos. Although not my best work, both photos below are "HDR," and one is definitely more pleasing than the other. 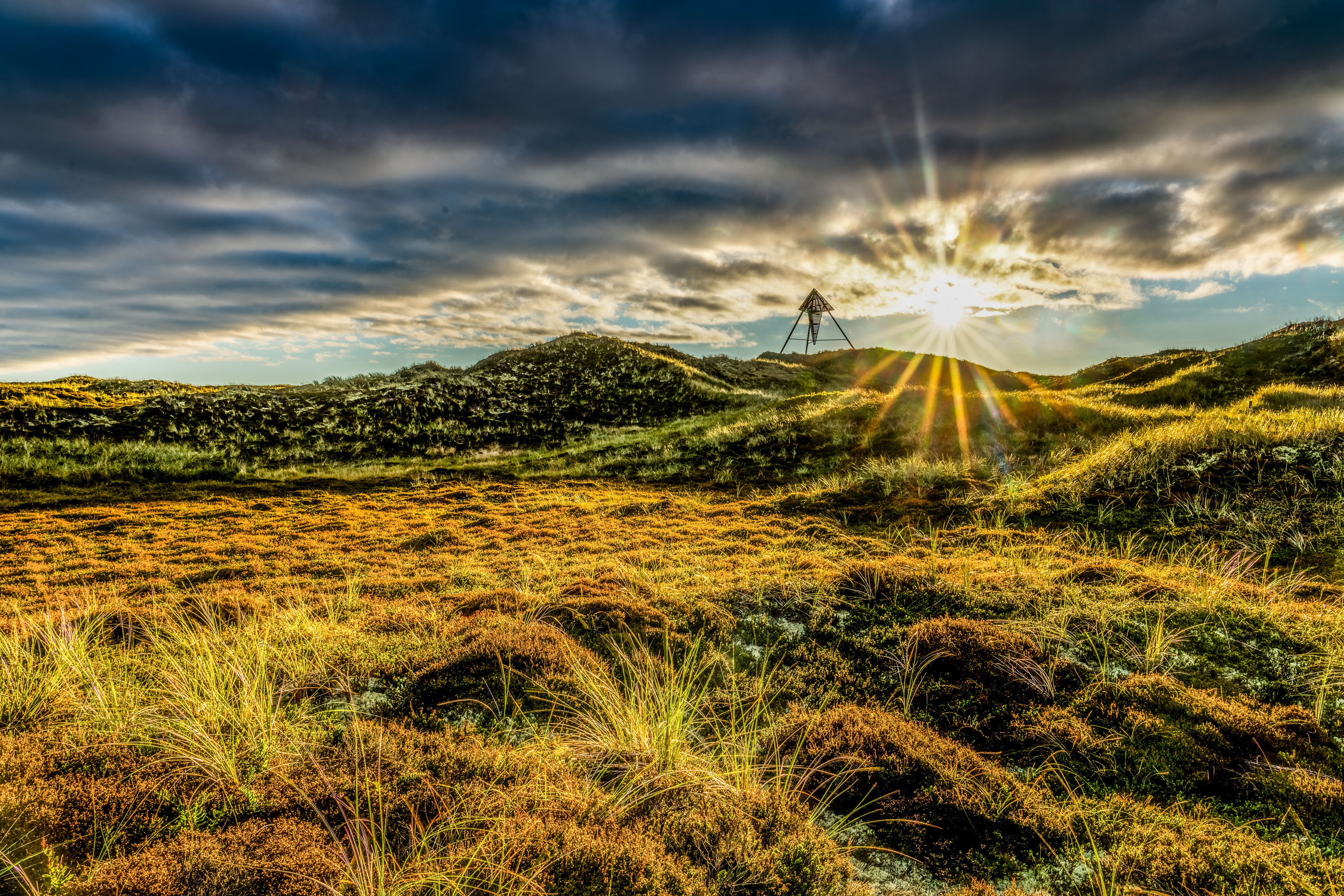 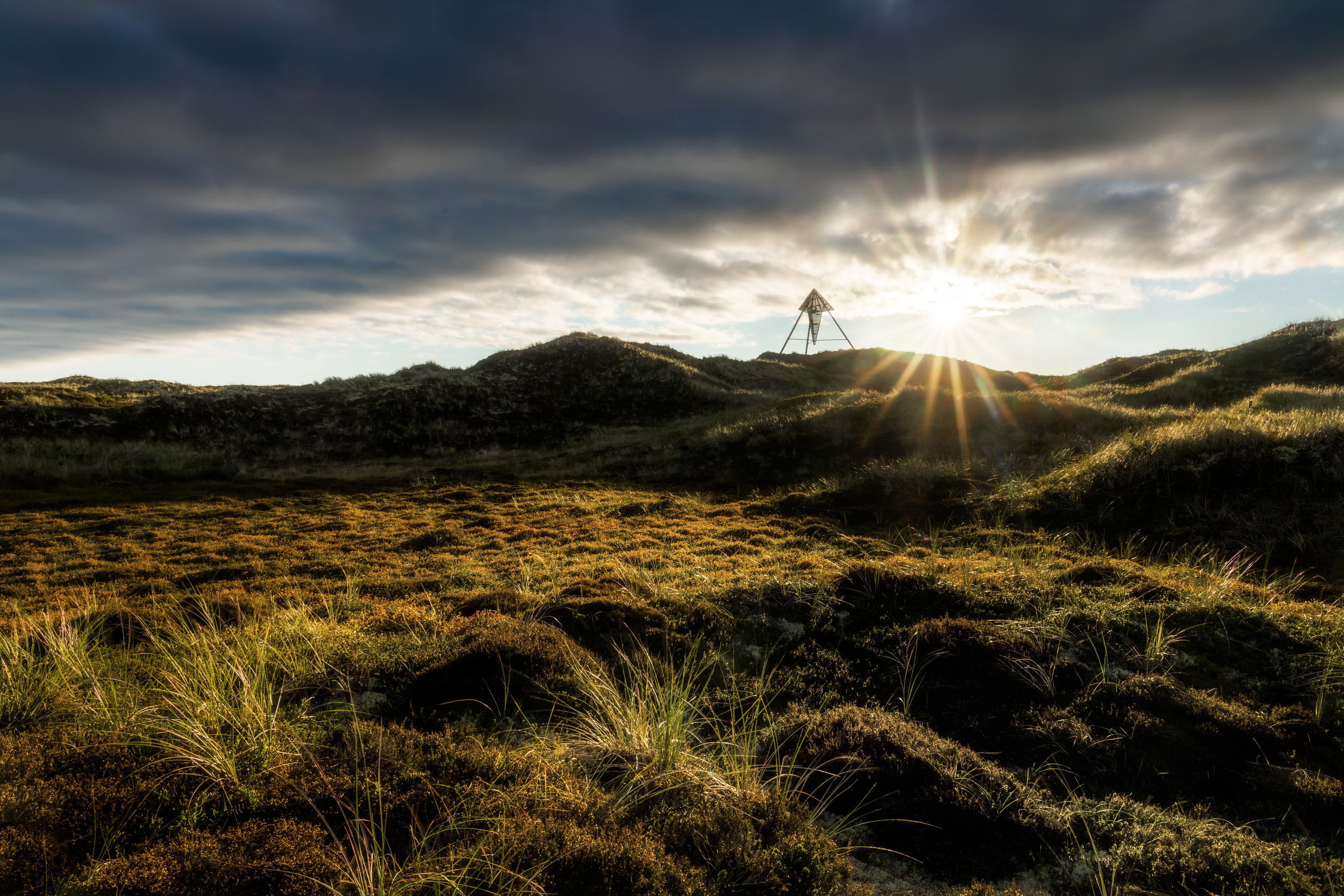 If You Work Is Strong Enough

One myth I luckily busted fast was “if your work is strong enough, it will sell itself.” Anyone who has two minutes of experience with the business side of photography knows how terribly misleading a saying that is. It creates so much confusion, tension, and jealousy. Selling your photos or other products comes much more down to business techniques and psychology than the work itself. Forget all about “I deserve the sell because my work is better” – you only deserve the sale if you put in the work – the work to sell it.

Another thing I have learned is that photography is not really technically hard. Yes, a few basics will help you on your way, such as the exposure triangle (even though that is a technically misleading term). However, learning about T-stops, the math behind f-stops, ISO invariance, how camera processors work, etc. does not really influence the final photo. You only need to know what you need to know to create the final photo.

Everything Has Already Been Photographed

Golden Hour Is the Best for Landscape Photography

Yes, the golden hour can deliver some gorgeous photos, but so can blue hour, stormy days, or flat, overcast skies. The optimal lighting conditions depend more on the scene and your vision. I really like moody and dramatic photos, so going out during a storm or photographing during a shower is obviously more optimal than orange sunset colors. In the below example, I wanted to show the lines in the cliff. I would argue the golden sunset light works against me, and I would probably have benefited from some clouds in the sky. 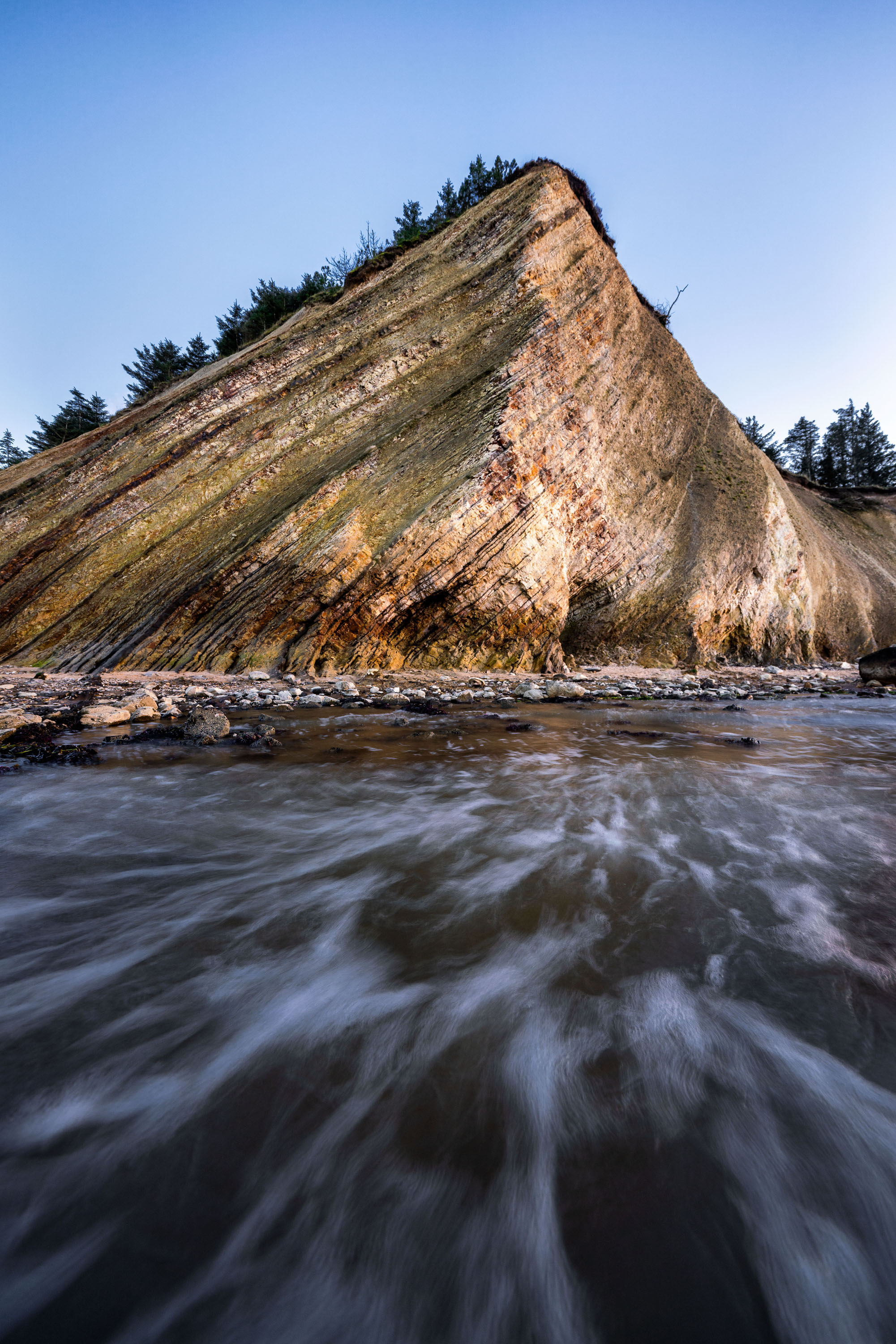 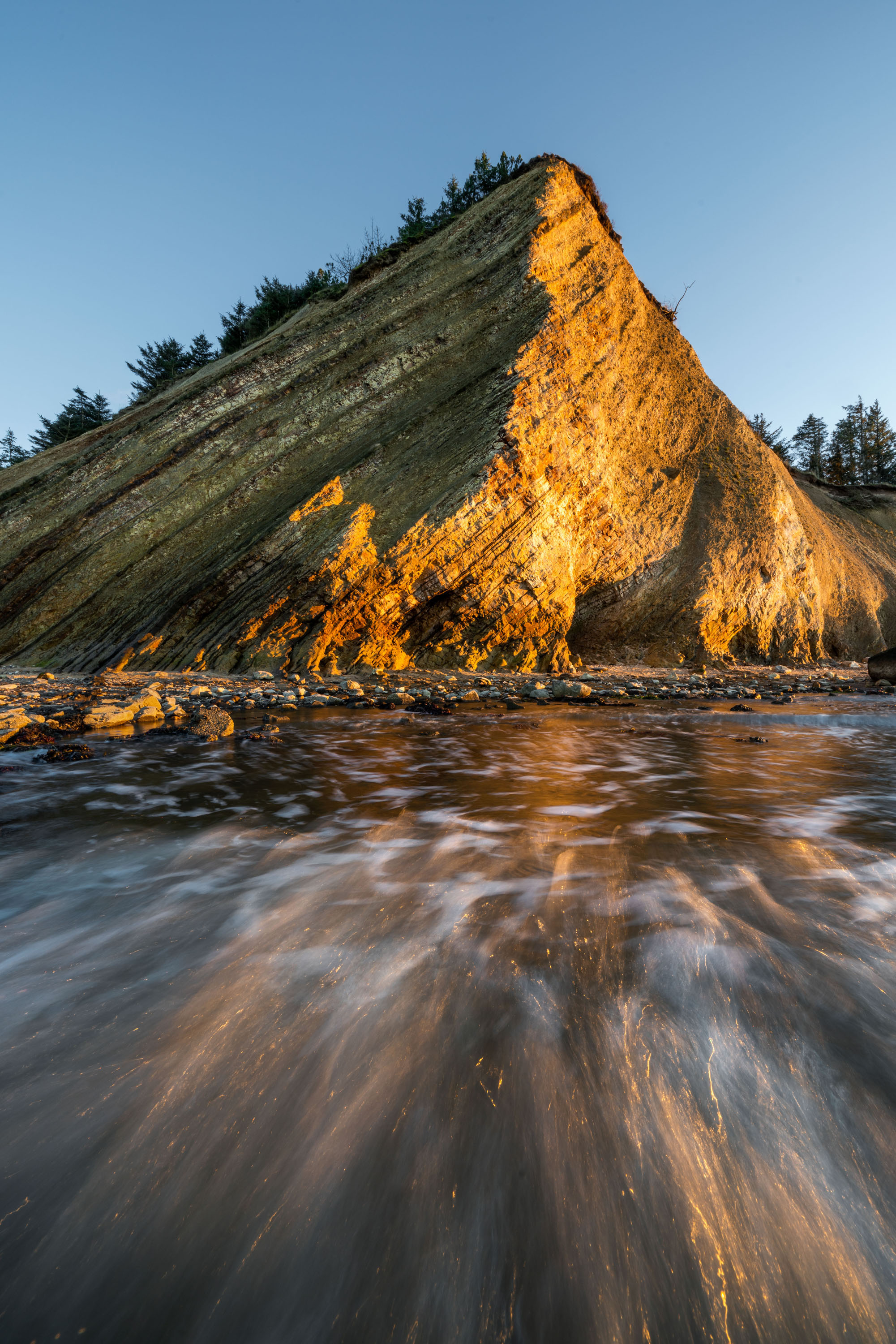 These were my seven myths. Let me know down in the comments about other myths in landscape photography, and check out the video above. 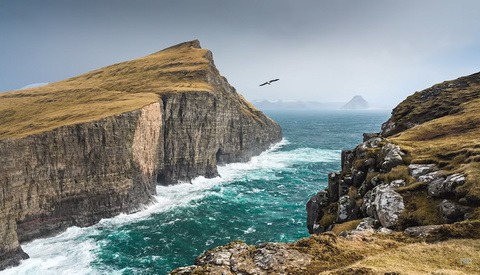 Education / June 26, 2019
Seven Myths About Landscape Photography That Might Be Holding You Back 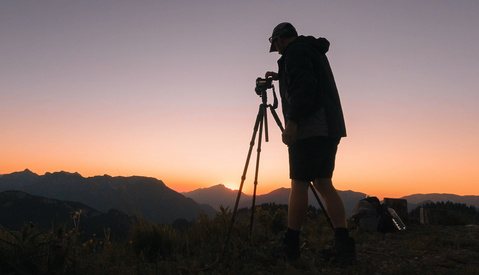 Education / May 10, 2022
How To Change Your Lifestyle To Have More Time for Landscape Photography 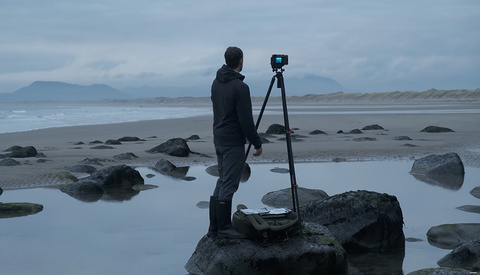 Education / February 10, 2022
You Can Always Take a Good Landscape Photo, No Matter What the Conditions Are 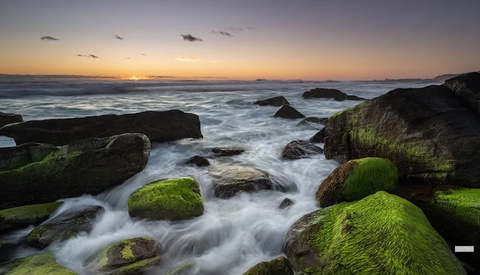 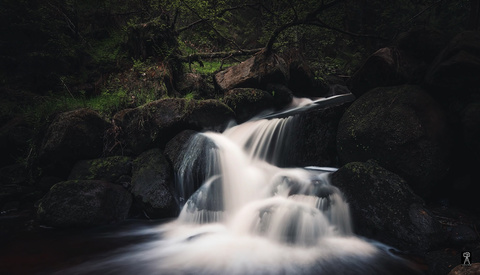 Education / June 7, 2021
How to Improve Your Landscape Photo Compositions 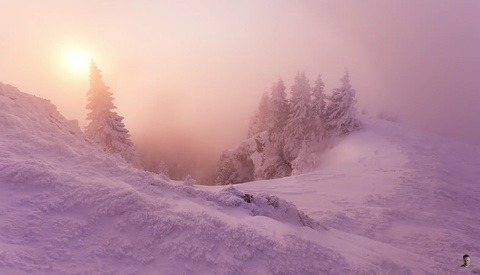 So many valid points, Mads! You should be president 😁

HAHAHA! I'm sure I'd do a better job xD

Thank you for actually making this an article to read as well. I donʻt always want to watch videos.

Agreed! The written article accompaniment to the video kept me engaged to this article/topic compared to just about every other article I opened up in this morning's feed. I enjoy the reading aspect, not someone talking at me in a video. I would digest way more content (and time on site) from here if more videos had a written article equal to the video content.

I had already watched the video last week but I was very glad to also be able to read it as an article: easier to read back something, to take it in at your own speed, handle distractions, etc etc.

And I was happy to see that this post was not just a link to a video like so often but a real article.

Unfortunately the use of a digital machine suggests manipulations to the extent that the finished product cannot be trusted to have been the actual scene. I have nothing against digital per se however one must always question if one is viewing the true landscape or a FRANKENSTEIN and whether birds, clouds, trees, shrubs, water, etc. have been added or deleted. Granted film can also be manipulated in the darkroom however never to the freakish extent of digital. If I were to consider purchasing a picture I would like to know film or digital and would pass on digital. I now anticipate several attacks.

All good points . However, some HDR is bad as it can easily be overdone.

One time that I enjoy is the period immediately following a heavy downpour of rain. Not only does it "cleanse" the air of dust and/or haze, but often it also provides a wonderful sky above the landscape - and everything in the landscape is fresh and clean

The real difference between aperture and manual is that everytime you push that shutter button halfway down your camera metering can give you a different result unless you perform another step which is locking the exposure or just shoot in manual so the exposure you want stays the same. So it's actually the opposite of what you said about constantly having to change in manual mode. Manual is less steps.

If your camera has good ergonomics it is just less steps to compose your shots using manual mode and you will have more control. Aperture can cause a headache for a newbie when they don't understand metering and why the exposure keeps jumping from light to dark despite framing the same scene.

Once you learn the zone system and use spot metering you will be fumbling way less dials and buttons shooting in manual.