Image sharpness is, for the most part, a false economy. It is mistakenly believed to be synonymous with image quality; that isn't the case. One major difference is that image quality has a ceiling and once reached (if that's even possible), the image cannot be any better in terms of quality. However, with the sharpness of an image, you can far exceed the perfect amount (again, if there is such a thing), and it begins to cost your image dearly.

My approach to sharpness when I first started photography was built on the same misunderstanding I speak of above. I saw the beautiful creations of photographers who were unambiguously my superiors with regards to age, experience, and talent, and I decided the route to this level of imagery was clarity. I didn't understand the importance of light or settings, but that's not my main grievance here. I would butcher images with the express goal of making them sharper than cacti-covered knives in much the same way that I butchered my first attempts at landscapes with garish HDR. I have made peace with these mistakes as they are tantamount to a rite of passage for photographers like selective color and white vignettes have been in the past. My grievance is born of a far more contemporary realization for me: don't throw away images merely because they aren't as sharp as they could be.

If you are shooting beauty, products, or perhaps macro images, this advice isn't necessarily relevant. However, for other genres such as weddings, portraiture, or even landscapes, "softer" images ought not be automatically discarded. For lucidity's sake, I will clarify that I don't mean that you can bugger up a shoot by hand-holding a 1/10th of a second exposure; what I mean is that in the right circumstance, softness doesn't necessarily matter. A great example of this is when you are going to employ filmic processing styles. That is, you're going to edit your image in a way that it mimics qualities (or flaws) of film cameras. SLR Lounge recently did a video on this that is a great example:

You see, this style of editing shouldn't be used as a crutch, but rather a tool. If you want to capture an atmospheric shot where either artificial light might kill the ambience or it's not possible to set up in time (e.g., a wedding), settle for a softer image with the view of editing it in a way that isn't so focused on extreme clarity. I wrote an article recently on how much I take from cinematography and how I enjoy the "look" of cinematic photographs. A lot of cinematography isn't of a magazine style editorial as the tradeoff is often atmosphere and mood. A quick example from my own work is the below image:

I wanted to capture this image, but I was in a dark underground club with no windows. The lights in the background are from the fridges behind the bar, and the key light that is illuminating my model is a sign just out of frame. There was very little light, but I liked the way it looked, and so, I chose to shoot at f/1.5. I knew that this would butcher the clarity of the image as it's far from the sweet spot; I also knew that the dark areas and the ISO would combine to give off a fair bit of noise. However, from before I even took this shot, I knew I was going to edit it in a way similar to the aforementioned film look. You may not be able to tell in a down-sized version, but the full res file shows that even the model's eyes, which were the point of focus, are not perfectly sharp.

Although this isn't the salient takeaway point here, it's worth pawing through old image libraries and seeing if perhaps images you rejected due to softness can be re-imagained in a different processing style.

Education / November 28, 2019
Online Photography Education: Where It Is and Where It's Going

I totally agree with you that great images are thrown away because of the not perfect focus and when you use an aperture in the region of 1.x there is not a lot of room for focus errors. However what I found is that, if I have to send the client full res images (24mp in my case) they really do not like to get images where the focus is not spot on when you look at the image 1:1.

Soft focus is just another tool. However, if the goal of the photographer is to create a sharp image and that doesn't happen - chuck it. The goal wasn't met. It may be a good shot, at least in the eyes of others, but that's not the point. This is especially true if your clients expect sharpness. You won't get far trying to convince them they should really like your "soft" shot, if it's not what they want. If you're talking "art" and you don't have a goal of a sharp clear image, then you may get away with passing an out of focus shot off as a soft work of beauty. Same goes for, as you said, those "dreamy" wedding and engagement shots. Other than that sharpness is most often required. I think the subject will often dictate if a soft shot works or not. A Nascar auto in a showroom lighting setup probably needs to be sharp, but the boudoir shot of your model - not so much.

Make more pictures of the same subject, so your more likely to have a 100% sharp one.
Wasn't happy when I saw yesterday that SLRLounge video with the totally blurred photo you mention.

In terms of portraying motion, or maybe some other artistic reason I agree. However, I'm not delivering shots that are out of focus and I'm not going to blame the camera

As a general rule I tend to discard what is not in acceptable focus. Then I have cases where I have little control and rather than discard a good shot, I keep it even if it's not perfectly sharp.
For example, this photo below, it's something that I consider a keeper even if it's not perfectly sharp. It was getting dark and I had to go as slow as 1/125s with a 600mm handheld to get the shot, the only option I had was to fire a burst and hope for something decent. 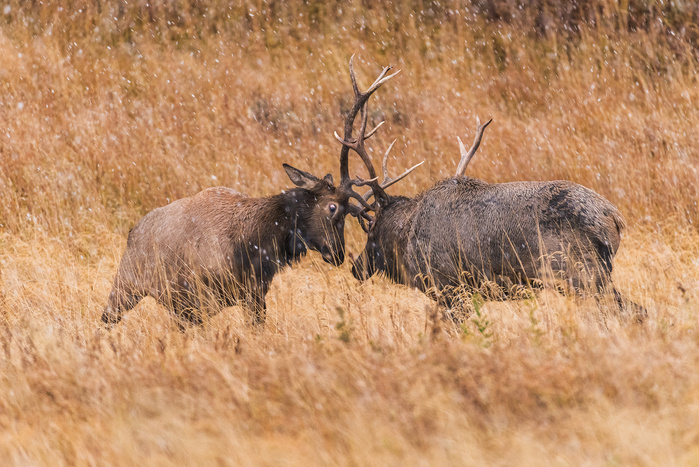 I agree, i used to throw away alot but now im going back and editing the ones ive over looked when i want to create and continue progressing my style
www.DanielSchenkelberg.com

Your eyes don't zoom and doesn't magnify extensively so stop focusing on a small part of the photo and appreciate it as a whole.

A lot of photos that aren't 100% spot on and tack sharp are not that bad. (Obviously, not the ones that are significantly not in focus at all).
It'll really depend on what will the photo be used for.

Great article. I had a street image taken in bright sunlight, where I was more concerned with exposure than focus. So, the face area was not as sharp as I would like. After a slight bit of frequency separation and minor color adjustments, it turned out to be a decent shot.

Hi Robert! I'd love to see the higher-res photo to see what you are talking about. Very timely read.

Good article, I actually went down that road lately and even one step further starting to produce long exposed portraits and the like... 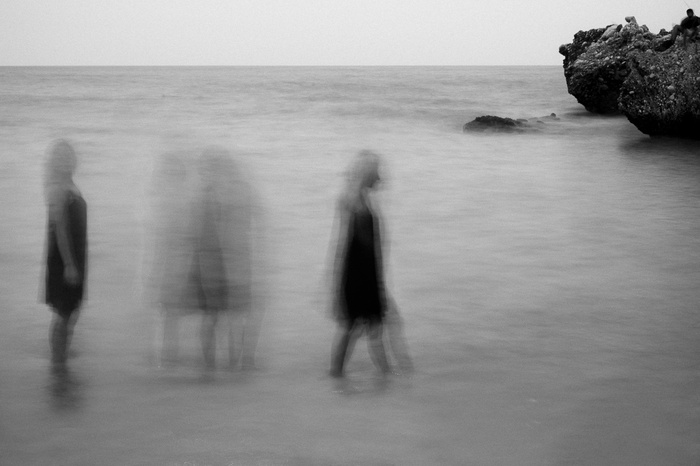 My perspective on this is being able to differentiate between missed focus and a soft image. Missed focus means something else is sharp while the intended subject is not. In that case we've confused the viewer. If, however, you have a shot that is just generally not tack sharp caused by either poor optical/coating performance, subject or camera movement, etc., then this may be perfectly fine if not an improvement.
I've a number of old lenses that are not very sharp by modern standards but when used for the right kind of shot I absolutely adore the character they add. I'll end with this: Sharpness can be overrated.