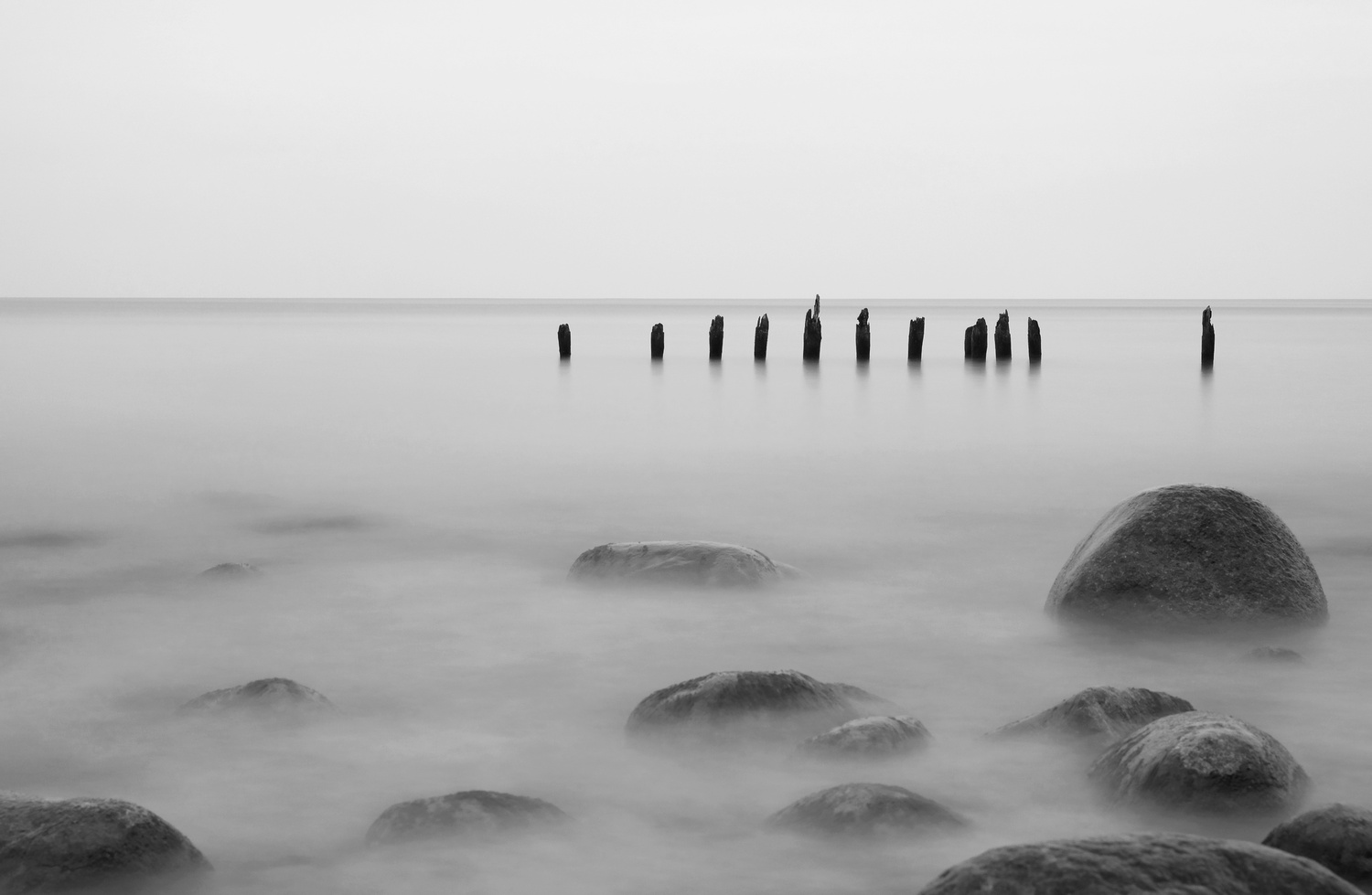 Shot at a beach on Rügen, Germany's largest island, with 30s exposure.
What I like about this image is its calm mood, which is about the opposite of what was really going on during that time: heavy waves hitting the groins and beach and quite of a storm.
Still, I also see some things that could be improved. The sky lacks structure, and a bird sitting on the groin posts would add some "real" subject.
I shot a picture of another groin next to this one, where some cormorants where sitting, spreading their wings partially but being static enough to appear sharp in a long exposure. However, perspective and composition is worse on that one. Patience might have been an option...
I would greatly appreciate your opinion and suggestions for improvements on this one.

I'd crop out the left side and to me that would improve this a lot!

Or if you wanted to get more fancy you could remove that one post on the right to balance the photo more, like this-

Thanks a lot for your comment and suggestions. I really appreciate the time and effort you took to illustrate your idea!

I like the square crop with the post edited out a lot.
Still, - I can't really grab it - somehow it seems unbalanced to me (of course, my crop is only an attempt of standard golden ratio)... If we are already into editing, maybe the posts could be moved to the left, so that the series of stones in the foreground creates a leading line to the posts... Maybe, I'll try something tomorrow.

BTW, I like your "Road to Heavens" a lot. That's been the one covered in a previous critique, right?

Also, you can break the rule of thirds/golden ratio here in my opinion. But once again, that's to my taste.

I think your edit you submitted, the left side of the image isn't necessary. Maybe someone else will comment with their opinion?