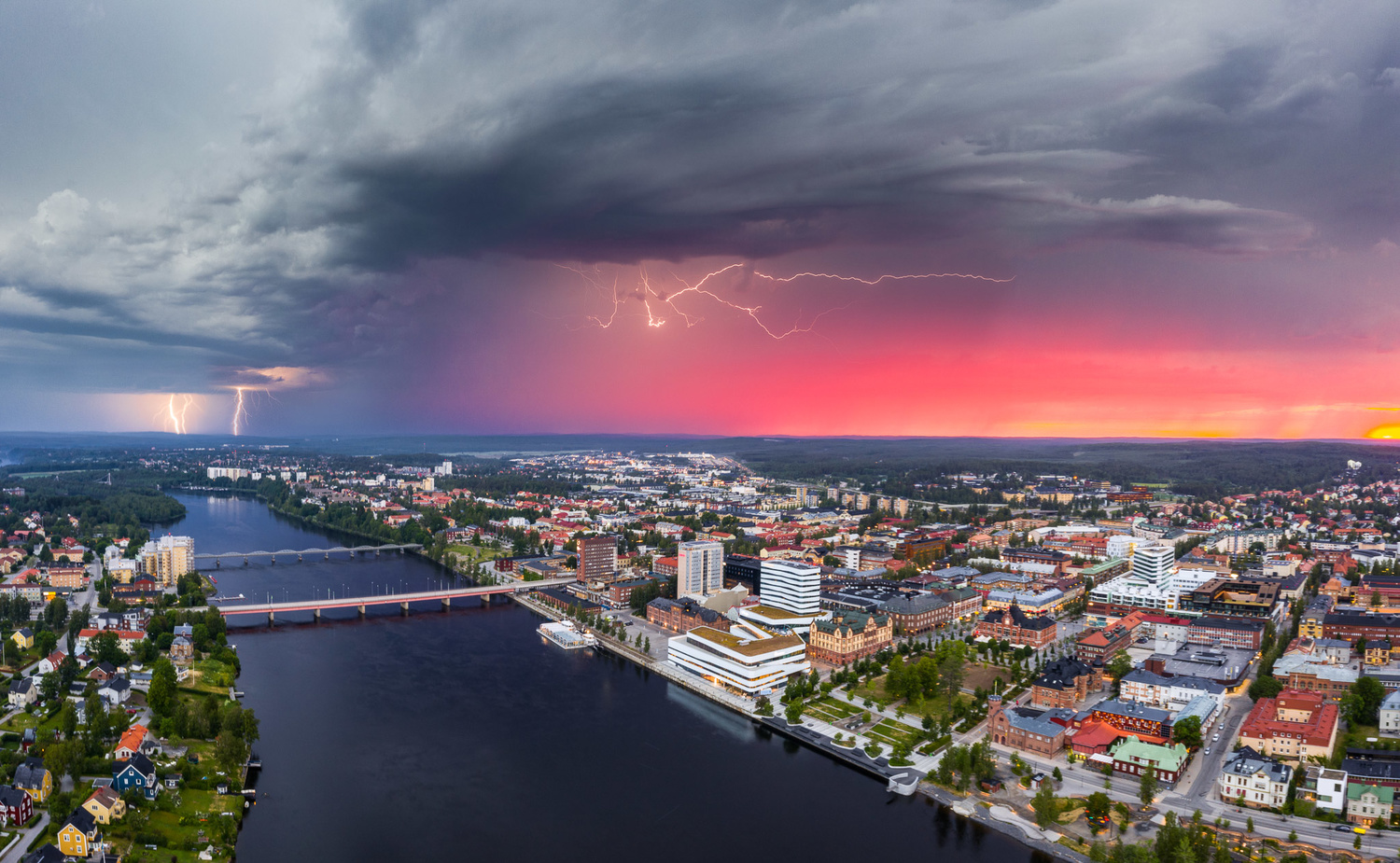 Was up working late at night on the 25th june this summer as I started to hear thunder outside.
Took my drone up for shooting some pictures over the city of Umeå in Sweden. Happened to capture the thunderstorm with the drone during the sunrise/sunset as the thundercloud was lit up from underneath.
The picture consists of several images in a Panorama. The flashes are real and captured in the image as seen.