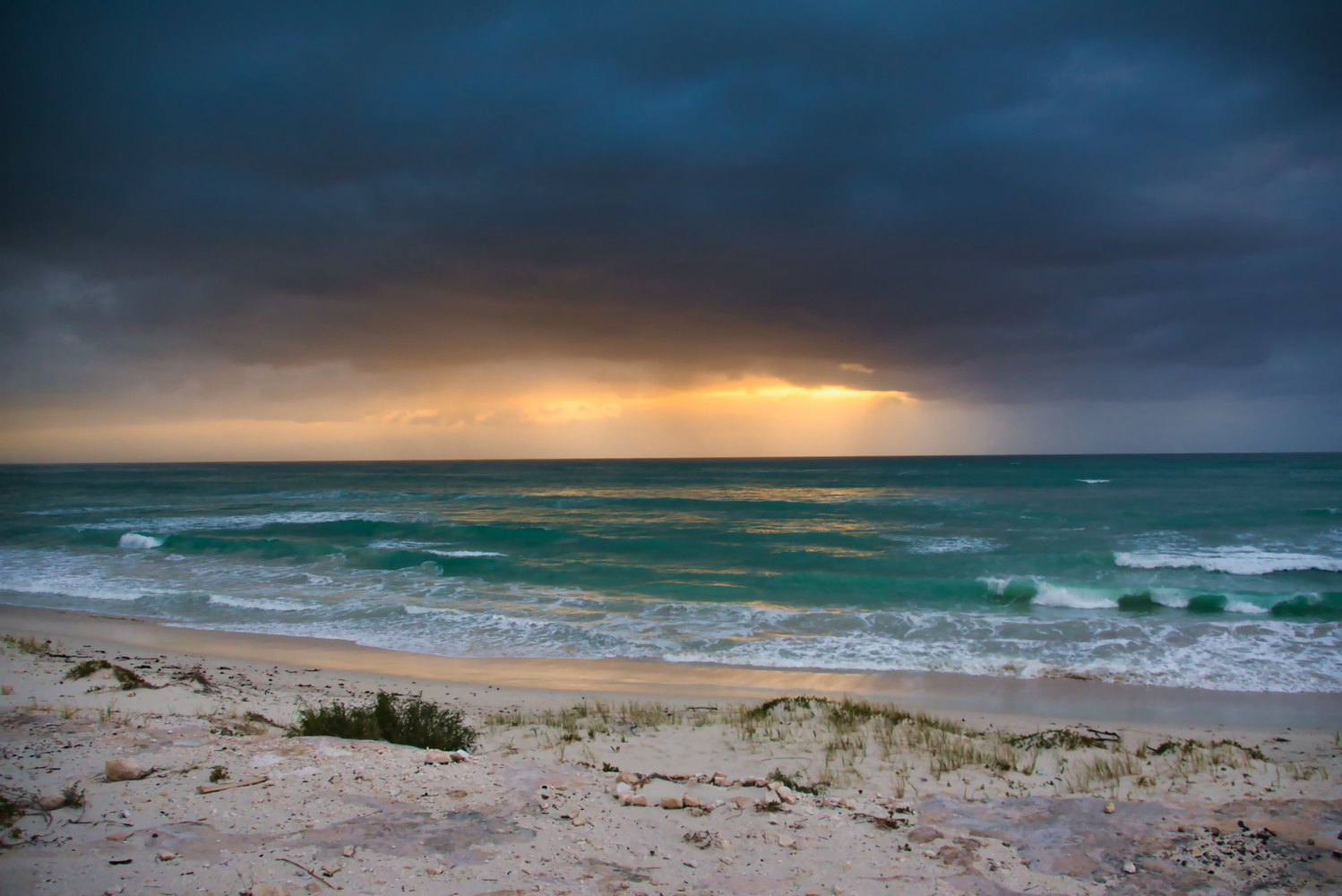 A storm just passed the town of Arniston in the Overberg area of the Western Cape in South Africa. The day just starting as the sun tries hard to push it golden presence through the outer edge of the storm.

The shot was not planned as I was doing drone shots of a harbor close by. Arniston is known for the beautiful vivid azure colors of the sea water and I was surprised how the water color came through even though i just pointed and shot randomly while my drone was hovering in the distance.