Earlier in the week I posted a video featuring commercial photographer Monte Isom photographing comedian Colin Kane. We'll it turns out Monte has been filming great behind the scenes videos of his photoshoots all along. In this video Monte shows you not only how he created the fun ad campaign for the EA Sports FIFA 2010 video game but also how he secured the job in the first place! It's really great to see photographers like Monte having a good time on their shoots and also showing exactly how they took a concept, pitched some images, and ultimately won the bidding war to secure a high end project. If only every photographer would be so open with sharing their success stories we might have more videos like this.

Here is a recap on this shoot from Monte himself:

"The Ea Sports gig was one of the most fun of my career. As an 8 year old you see a pale of water and say to someone nearby ,"I'm going to splash you". But you don't otherwise your are jerk kid. Here, the brilliant art director on the project, Alvaro Sotomayor of W+K Amsterdam, approached me with and idea to splash 400 liters of paint on soccer fans to illustrate the tag line "Make the world wear your colors". This instantly brought out the 8 year old boy in me!

Finding the consistency took some time. With the help of my studio manager, Alanda Spence, friends and fellow photographer Josh Maread, we did a test shoot and were able to find the right viscosity. The final formula was 1 part non toxic acrylic paint to 3 parts water. As you saw in your wake boarding video (which is badass by the way) it is a lot of trial and error on pale/bucket/cup size and distance of throws. With that I watched a couple episodes of Dexter to prep the set and away we went.

In order to keep our talent "clean" we had 5 main talent being splashed for each country of fans. So we would bring 1 of them up and splash them 5 or 6 times then send them to ditch wardrobe, shower, get new identical wardrobe and then head to hair/makeup. By the time we finished the 5th talent the first was ready to go again. We cycled through all five subjects 5 times each.

I shot with the Hasselblad 503cxi with a 150mm lens. Our depth of field was f16 so the background talent did not go soft. All strobes are Profoto 7a which did a good job of stopping action. I've been using the Pro 8's recently as they have a much faster recycle time and shorter flash duration. I have a great hockey shoot I just did for Molson that illustrates this really well and I'll have a video ready for release in April for it. A sneak peek is attached below.

We also shot the red one camera at 120 frames per second at 720p for out slow mo shots. Rommel Genciana was the DP on the Red camera. For video I mimicked my strobe lighting with arri 2k and 5k tungsten hotlights gelled for day light balance.

In the end the entire cast, crew and clients of 76 had a ball. After all, isn't that what we are supposed to be doing?" 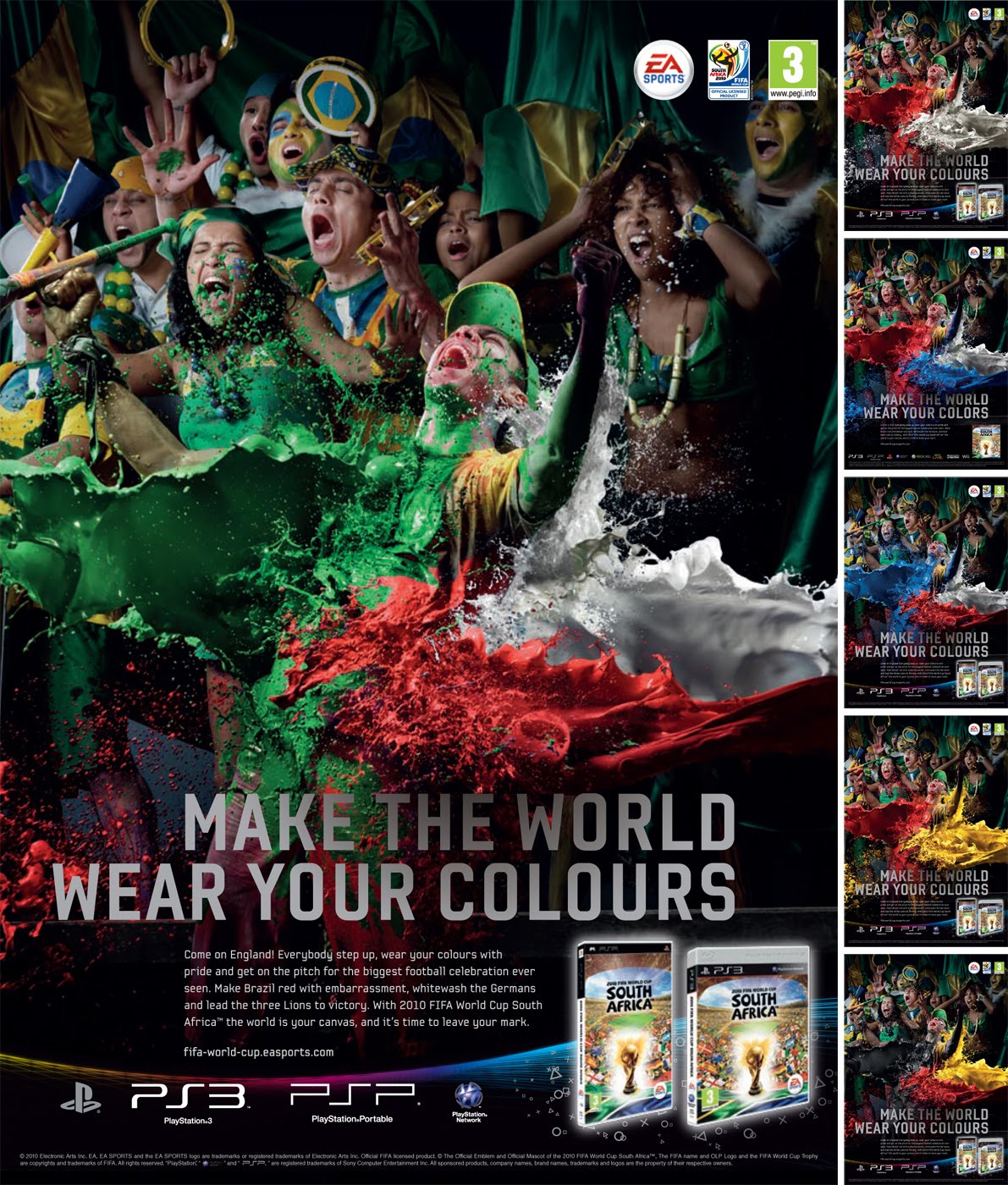 Really interesting shoot. At a quick glance it looked like they were using a RED camera for the video / slow motion, which looked gorgeous, and an old hasselblad 500series with a digital back tethered for shooting. Beautiful results.

What i am really interested in is what the paint was made of. It got in their mouths so it must have been something non-toxic, yet it was fairly thick and creamy looking.

Does anyone actually read my posts? Click the full post to read more including the Red and the contents of the paint :)

He clearly loves his job. Why wouldn't he? That looked like nothing but fun.

Takes all the fun out of guessing

looks like a ELX, we still use 503 blads with a p25 digital back... far better quality than 5dii, just because of the sensor size, megapixels dont count anymore :)

Patrick the link "......image on the packaging in the full post." is incorrect. The link "View full post" is working.

Patrick the link at the sentence "............final image on the packaging in the full post." (http://www.fstoppers.com/ea-sports-paint-fifa-and-a-lot-of-paint) is incorrect and dead.

Ah sorry Robert, dunno why it did that. In the future though, you can always click the title to goto the main post. We often add photos in the full posts anyways. I'll fix it now

Love this guys work and the way he works.... always smiling and laughing!

That is absolutely killer! Would have loved to have been part of that one.

Other than your guys original videos this is some of the best content you have featured. I'm completely envious and inspired! Redic!!! Great concept and man WK you guys are the tops for finding such talent and Monte you are the soul. Brilliant!

Really cool but why not shoot digital?