EISA recently named the Sigma 135mm f/1.8 Art as the best DSLR lens for 2017-2018, and based on my experience with this lens, I have to agree. It is a fantastic lens and performs at a very high level, with incredible detail rendering capabilities and beautiful bokeh. For the longest time, the 135mm focal length had a little bit of a gap that really needed to be filled. Canon has their version, which although is a great performer, it just can't match the likes of the Zeiss 135mm f/2. However, due to having autofocus, many tend to choose the Canon version over the Zeiss. With the release of the Sigma version, it would seem that one may no longer need to compromise.

In my video above, I demonstrate how the differences in performance between the Zeiss and Sigma are difficult to tell apart. Both render detail at a very high level and are equally as sharp when shot wide open. The bokeh that both lenses produce are seemingly identical and I genuinely cannot tell any difference between the two.

Having said that, the Zeiss may still offer a very compelling reason to pick it over the Sigma hidden up its sleeve. The colors from the Zeiss are far more accurate and it's able to pick up many more tones and produces a warmer and more pleasing image. Looking at the example below, you can see the difference between both images. The Zeiss is far more effective in capturing skin tones and is more detailed and accurate. The Sigma produces a much colder image, and not only that, it's missing many of the skin tones the Zeiss is picking up. 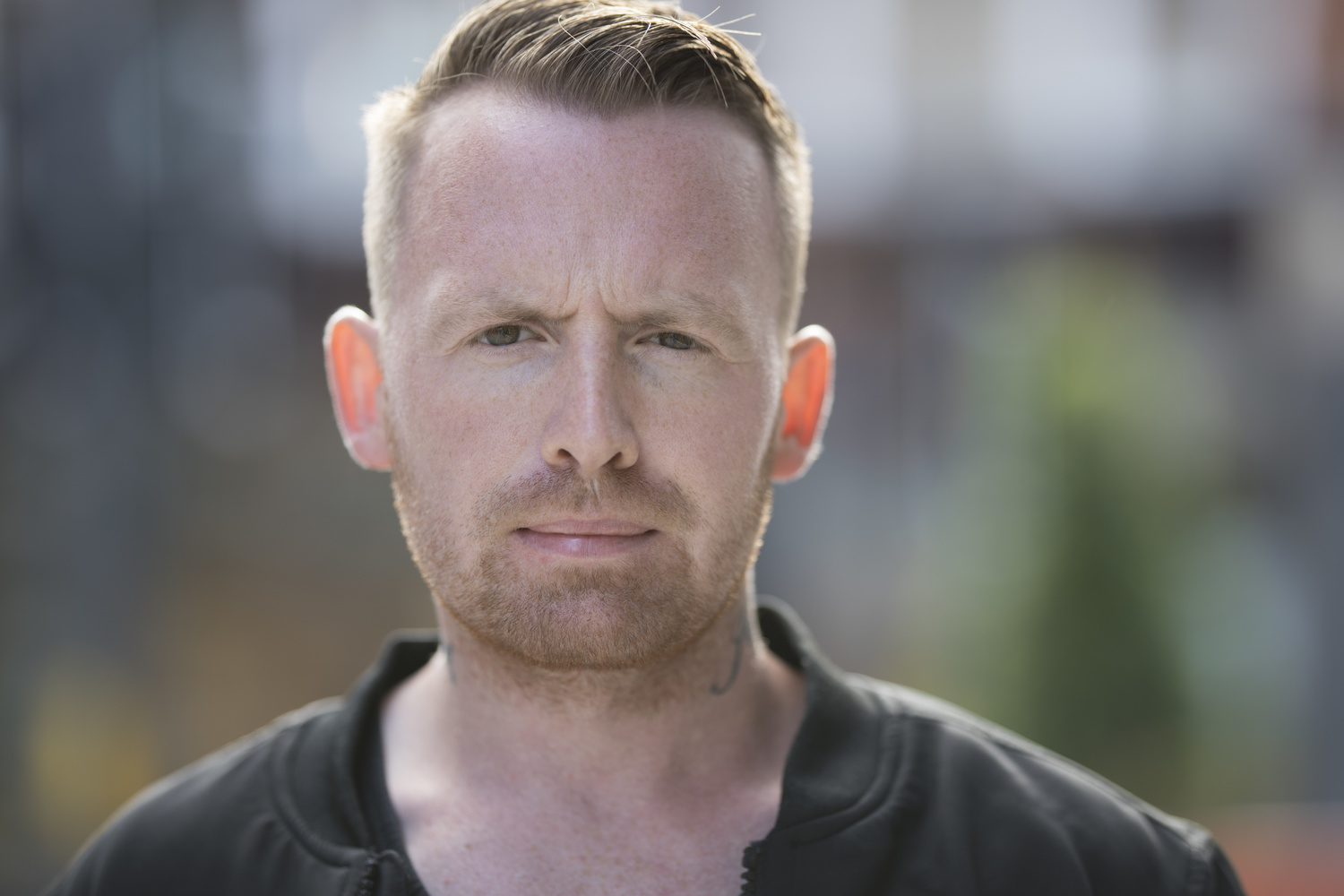 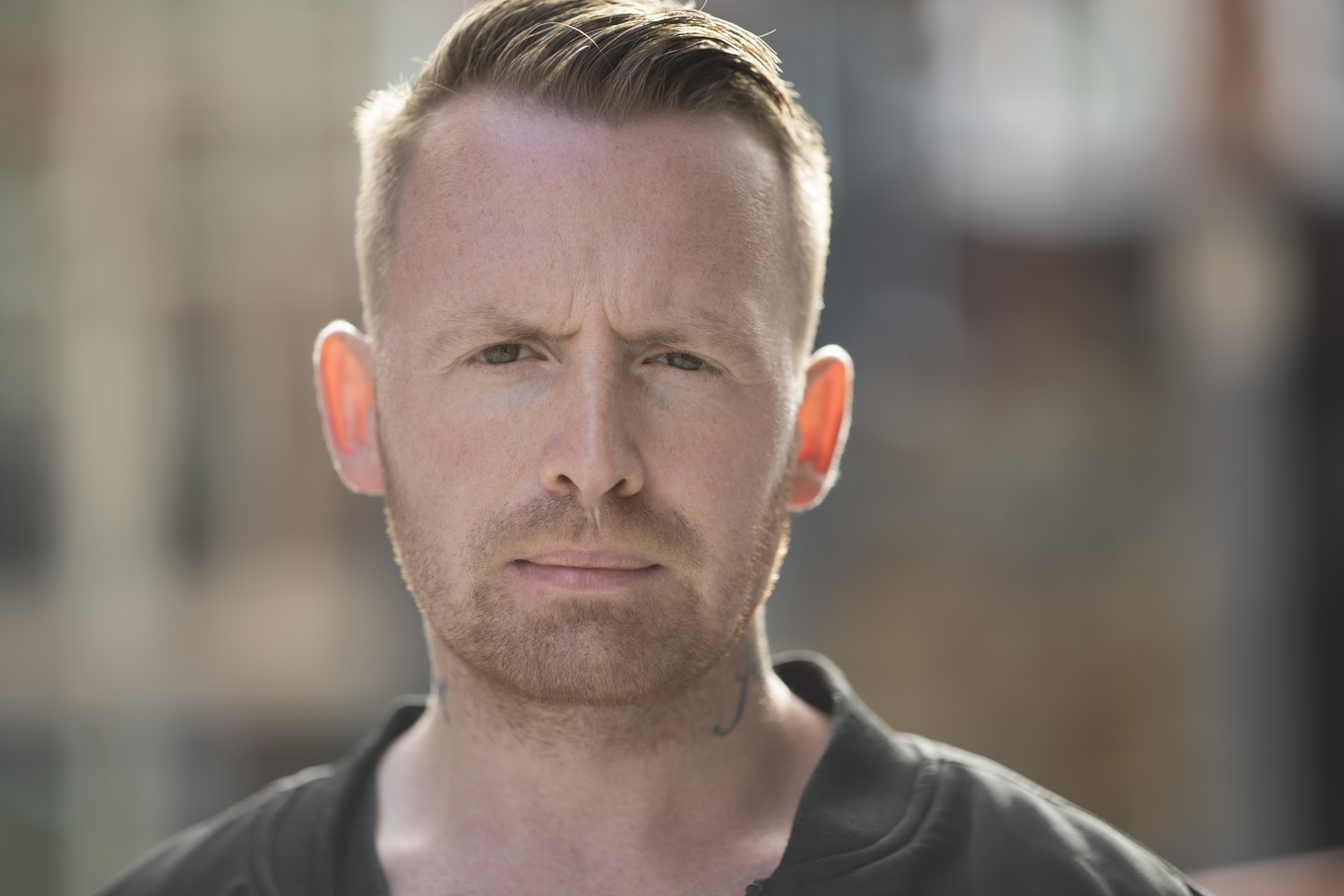 Even once the white balance has been adjusted to compensate for the colder image from the Sigma, The Zeiss is still far more detailed in the skin tones and picks up more colors. 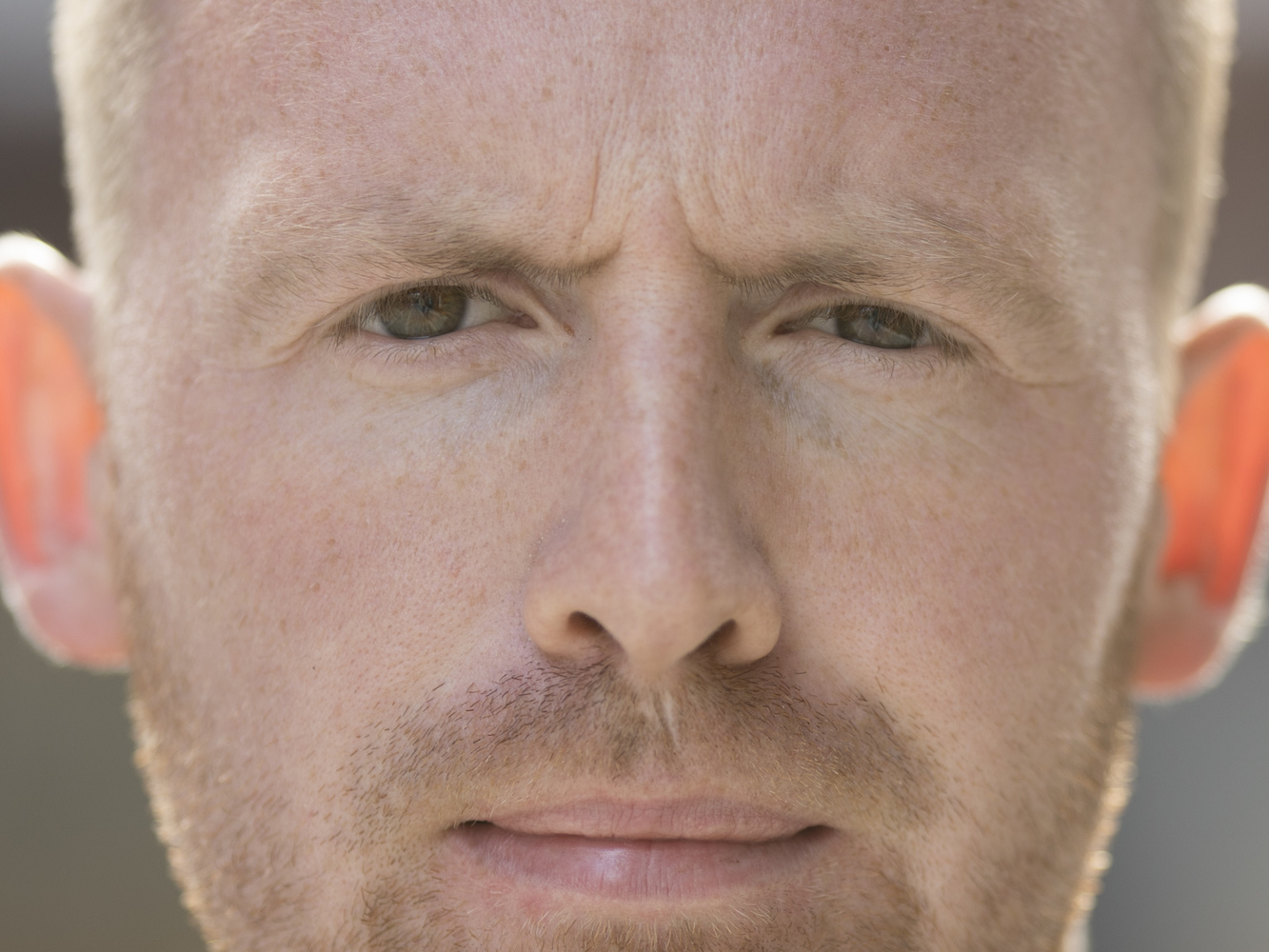 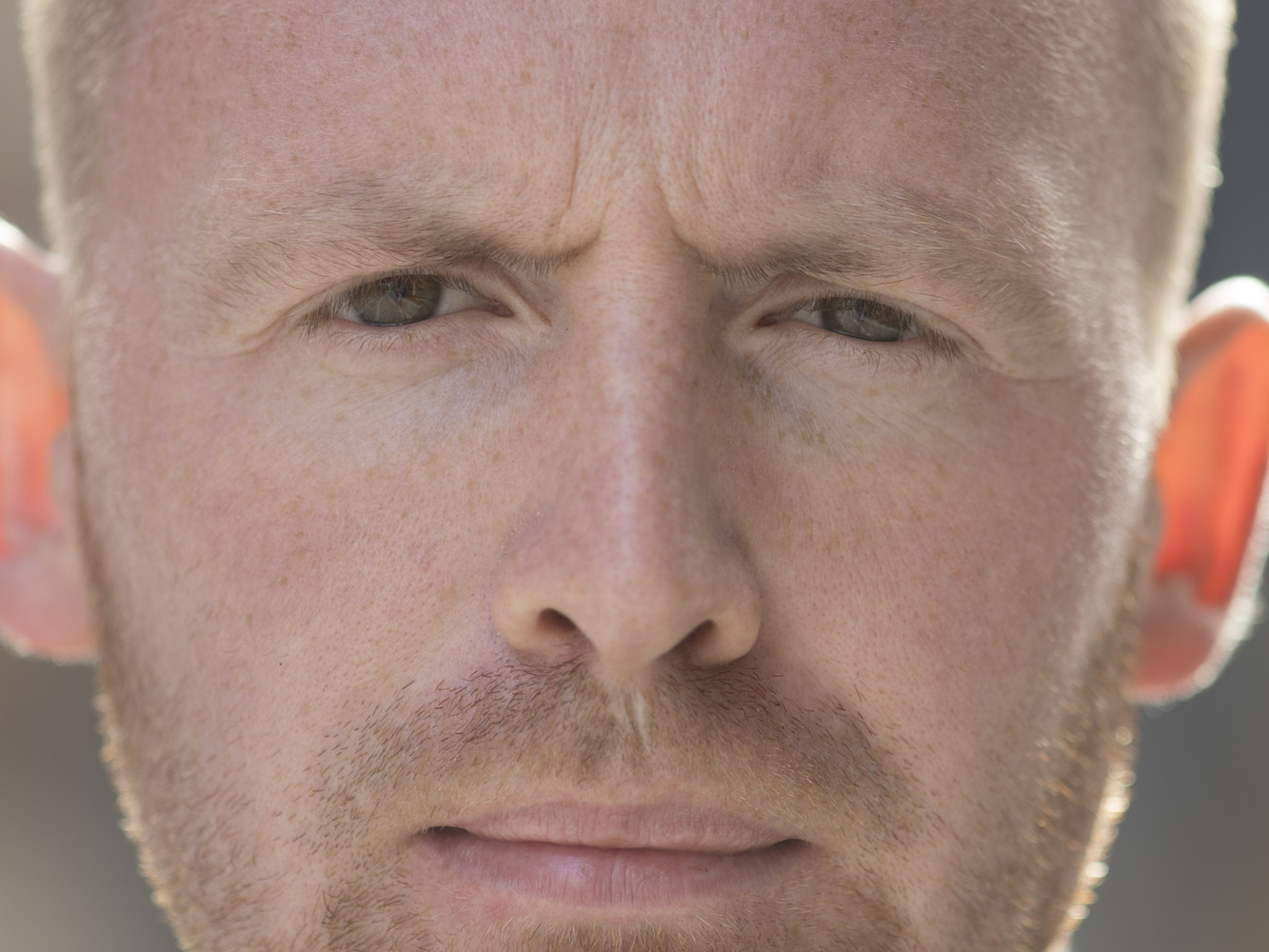 Check out the video for a more detailed comparison between both lenses.

This just may be my eye, but the Zeiss image in the comparison photo appears to be just slightly darker, maybe a tenth or two of a stop. That could account for some of the fine color differences. If you look at the lighting on his eyebrows/temple region (as well as ears), it appears that there is a slight exposure shift. It also appears that they Zeiss lens is offering up a much more "red" photo, but that could be from the white balance change.

There may be a slight difference in exposure but that slight change couldn't cause the massive difference in colour. Also, the Zeiss is more accurate, my friend's skin tone was/is very reddish most of the time. Thank you for the comment :)

Lastly, in terms of exposure around the ears, both images are slightly brighter than each other on opposite sides. He may have tilted his head one way or another directing the light a certain way. The Sigma was also shot with a wider slightly wider aperture.

Am I the only one still seeing more colours from the Zeiss? I am looking at the RAW files with the extra adjustments in both Capture One and Lightroom.

your histogram show you still have 1-2 stops underexposed better take the image in RAWVIEWER to see the actual histogram and how much room you have to expose to the right before pulling it back down.

Thank you for the suggestion.

You need a controlled environment to actually test a lens of for the specifics. You were shooting in aperture priority, with auto WB. That in itself is a major factor in exposure and color rendition. Because you left it all up to your body to decide what was the proper exposure/wb, all that light bouncing in the lens on to the sensor, is not a definite way to determine color rendition. Not to mention the huge green tree in the background on one photo, and total neutrals on the other. I have a Sigma 135mm, and never had color issues, or sharpness. But then again I use a custom wb, and use the Sigma dock for my micro adjustments.Try it in a studio environment, or use a color checker passport when outside.

Seems like exposure may be affecting the color. It would be interesting to see skin tones under more controlled testing such as in a studio using strobes. Thanks for the comparison.

Jared Polin did a review and didn't have any issues focusing. His shots was so dang crisp and clear even shooting through eye glasses.

Are we seriously already naming our best lenses of the year? This year hasn't even finished, let alone next year!

its absolutely amazing how far Sigma has come in the last few years, giving even an established giant like Zeiss a run for their money. The Art series and Sigma Cine primes are ridiculously amazing lenses and bang for buck.

I beg to differ on "...having to compromise..." by choosing the Canon 135. The Canon 135 is super sharp and focuses very quick. I've only used the Sigma version once and it's very nice as well, but there certainly is no compromise using the Canon. I would certainly pick the Canon over the Sigma, but that's my 2 cents worth. Haven't used the Zeiss, but I would imagine it's probably better than the Canon, but I can't afford those lenses. Oh AND the Canon lens is almost 50% less than the Sigma.

The reason is simply the technological age of the lens. However this isn't necessarily a bad thing. Older designs have their own look, or rendering, if you will, which can be pleasing even if not the sharpest wide open. The wide open bokeh of older lens formulas are typically much smoother than modern optics I've noticed, probably a by-product of their softer optical design. I still shoot with my 135mm Ai Nikkor that I bought over 40 years ago. Once you stop these older lenses down, they're essentially as sharp as any modern lens, although typically you buy these to shoot wide open, they can certainly stand on their own stopped down. Here's a different kind of portrait, if you will, that I took with my 135mm f/2 Ai Nikkor at f/5.6 at the edge of dusk... 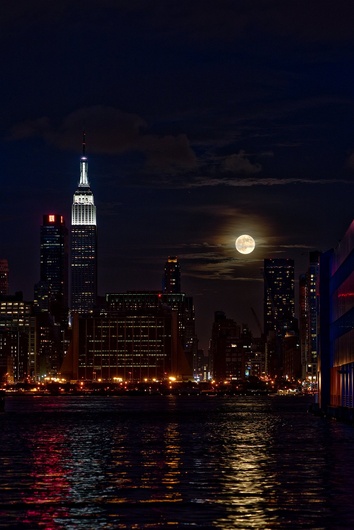 The Canon 135 was a great lens, but it's 20~ years old design. It is not even in the same ballpark for sharpness with the 135ART. The Sigma and the Zeiss smoke the Canon 135, real bad.

The issue of color rendering is a feeble point of contention.Ignoring the fact that color balance is a matter of taste, suggesting that a person would choose a $2000 lens because it is warmer seems to presume zero PP skills on the part of the photographer.

What fool works at defaults? A serious photographer (even if a hopeless JPG shooter) would optimize their settings either in camera or in post to default to a favorite starting point.

If we are to presume that our color is immutable we might as well be using SOOC phone images.

The current price of the Zeiss is $1299. This is not the Milvus although they both have the exact same optics.

A lens that is more detailed and effective when it comes to rendering colours is very valuable for many photographers.

Also, the point of the review is to demonstrate what the lens can do without adding in personal preferences. I demonstrate how it performs otherwise I would be misrepresenting it.

Fixing those issues that I find are up to the user, but it helps if they are aware.

Usman first thank you for the time spent and the great review, I find your backlit images quite soft in contrast, washed out and RED in skin tone... a bit of clarity might help with the web images for comparison. Also as Im sure you know the AF hit the persons eyelashes not the eye so for me when the eye is not in focus you missed the whole deal. Them idea of AF on people would be to shoot three bursts one at AF, one with a slight lean into the person and one with a slight pull back in order to achieve perfect eye ball focus. Also it is a misconception to shoot at F1.4mm or F2.0 handheld and hope a camera lens combination with give you a hit rate of more than 75% of Actual Pixels in Focus at that F Stop its more a method of madness depending on luck. Yes its nice to blur the background but a the cost of not having one image of an eye in focus, and printing that image to hang on a wall will get you no respect.

Granger did an interview with a Zeiss guy who mentioned that the 135 which predates the Otis has similar optical performance to their Otis line and may as well be included. So, not a big surprise.

Just a few things to note.

You can also manual focus with the Sigma, it has a lovely large focus ring that's well dampened and with full time override over the AF so you could do the same type of shooting (ie pre focus) with the Sigma as you were doing with the Zeiss.

Regarding you comment about the Sigma missing hues and tones of color and that being one of the reasons you would keep your Ziess over the Sigma, I feel if you did a studio shot with both under controlled lighting and used a color checker (to balance out the difference on lens coatings) you would probably find both would end up being very similar however if you really care about using a system that will show more hues, tones and details please check out the Sigma sdQ or sdQ-H as the Foveon sensor excels at this although you do give up on speed, AF tracking and high iso ability for this although you can use all the same Sigma SA lens on Sony via the MC-11 say on your a7rii

Keep up the good work. 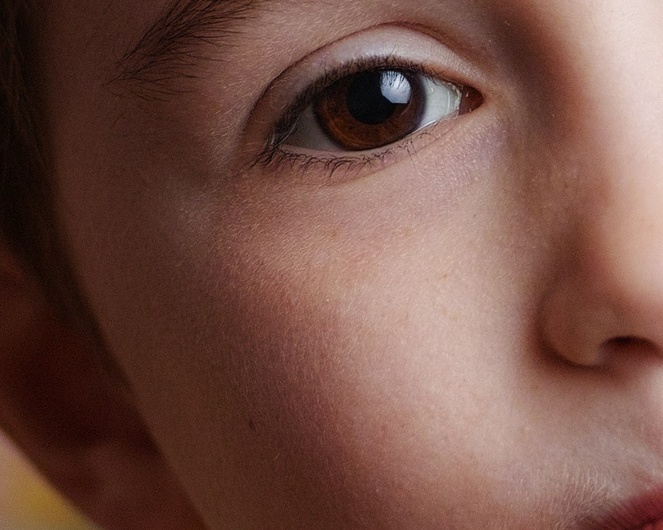 That's such a beautiful shot and yes you're absolutely right about that. The manaul focus ring is very good and makes it very easy to use. I didn't want to use that because the main point of this lens was the AF because it's the first high end performing 135mm with AF.

In any case you're right you can just use manual override lol.

I have yet to try the 135 myself, I have only held the Nikon version which sadly doesn't work on my Sigma or Sony via the Mc-11 but I did create this image while it was in my possession :D

thanks for the comments on the shot of my son, it's only a small part of the image but its why I switched over to Sigma, I just love the overall rendering... it's different from Bayers that I've tried but not ideal for everyone :)

Keep up the good work. 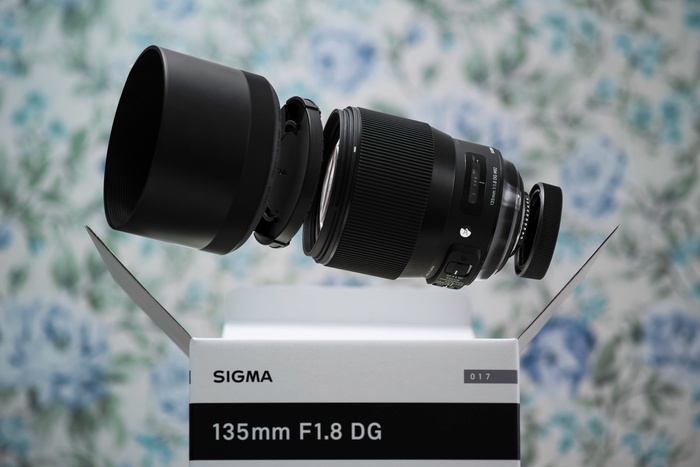