Over the past month I've been hard at work testing the Blackmagic Pocket Cinema (BMPCC) camera in a variety of situations for an Fstoppers review (since they updated the firmware, it's like an entirely new camera). While that review is still in progress as of today, I did want to talk to you guys about one piece of equipment that made shooting with it a great experience: the Metabones EF to Micro Four Thirds Adapter for the BMPCC.

The purpose of the Metabones adapter is simple: mount Canon EF glass to the BMPCC. This adapter is made specifically and only for the BMPCC, so avoid it for other micro four thirds camera bodies because the way they built the optics will cause it to hit your sensor on anything other than the BMPCC. So with that out of the way, let's talk about the build quality.

This adapter, like all of Metabones' gear, is built solidly and beautifully. It doesn't feel like an adapter, but more like how you would expect a high-end teleconverter to feel.  It snaps smoothly onto the body of the BMPCC and adds a new mounting collar to help relieve stress on the BMPCC's collar. As far as construction is concerned, I have absolutely no complaints. 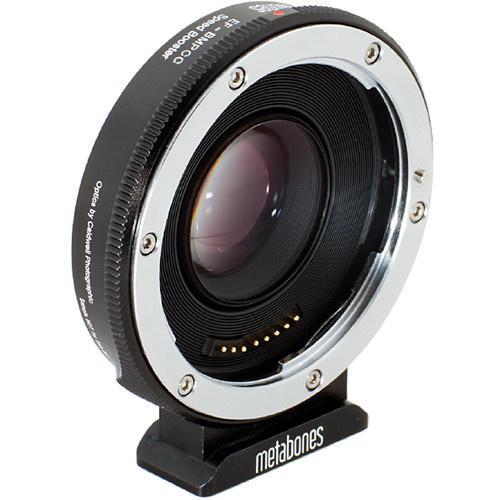 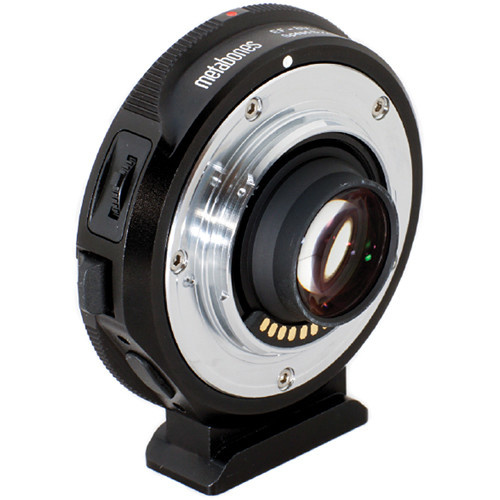 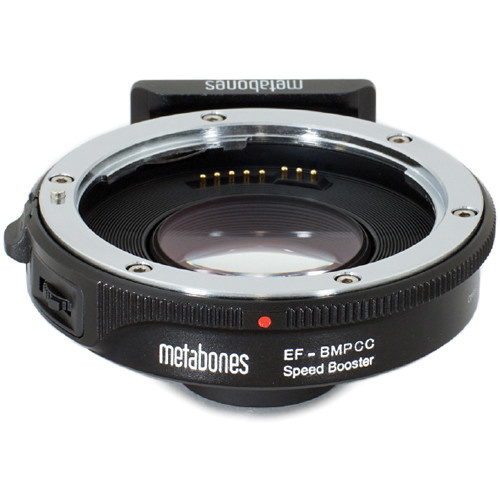 The 0.58x Speed Booster reduces the crop factor of the BMPCC from 3.02x to 1.75x and produces the largest aperture optics currently available, with a maximum output aperture of f/0.74. All of that is awesome, and made shooting with my favorite lens, the Sigma 24-105 f/4, even more amazing. I was able to get shots in much darker atmospheres than I was used to on either the BMPCC or the Sigma lens.

The clutch benefit of the Metabones Speed Booster, which is the case for all their popular adapters, is the ability to completley digitally control the lens through the camera. The integration is seamless and worked flawlessly. I tested the Speed Booster with lenses that Metabones did not specifically state they tested and approved: Sigma 24-105mm f/4, Sigma 35mm f/1.4, Sigma 8mm f/3.5 and the Tamron 17-50mm f/2.8. Each lens worked without issue. In addition, my Tamron is having some issues with the contacts and isn't functioning at all on any of my Canon bodies (Error 01), making it utterly useless... except when I put it on the Speed Booster. The Tamron appears to not be totally fried, and using the Speed Booster let me get some use out of it even though it was a bit spotty. I'm not sure if this is because of the Speed Booster or the BMPCC software, but I like to think it's a combination of the two.

Also of note, don't use lenses as wide as the 8mm with this adapter. Though it works great on the Blackmagic Cinema Camera EF, the added wideness added by the Speed Booster in addition to the extra stuff in front of the sensor made a ring show on the outside of the frame, which is normally ok for certain looks in stills but not great in video (my opinion). If you don't mind an outer ring to the shot, then I can attest that as far as controlling the lens is concerned, the adapter worked great.

The optics in the Speed Booster are really going to be the guts of this since we want to know if it affects the performance of great lenses at all. My shoots with the 24-105mm have always been outstandingly sharp, so I have a pretty good barometer of how I expected it to perform before I put it on the Metabones adapter. Below is a frame taken from an interview I did and you can see how crisp it is, even though it's just a screen grab from an mov file. 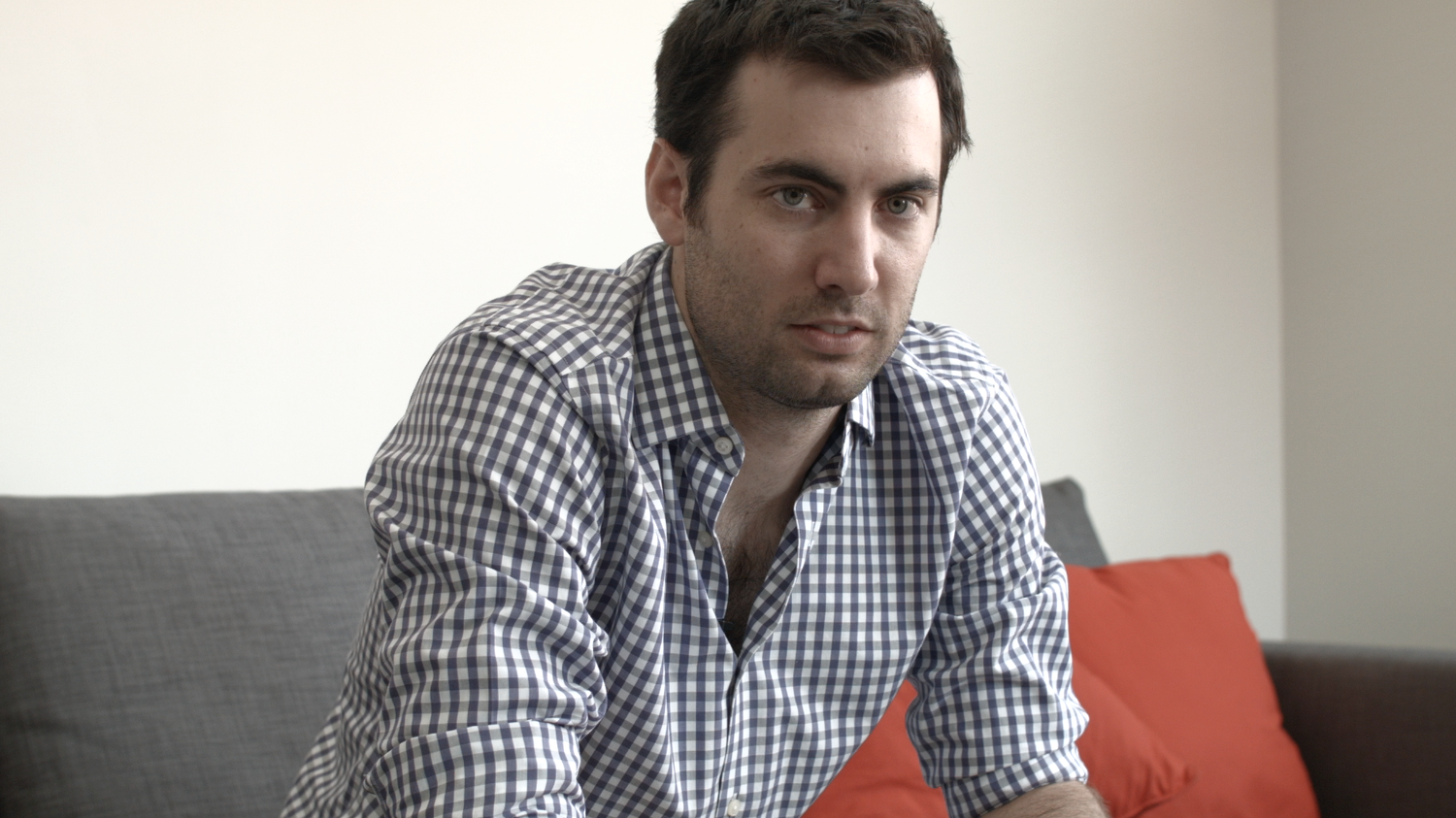 To better illustrate how great it worked, check out the frame below which I took using the BMPCC's raw capture functionality. This we know to be completely still and fully tack sharp since I was tripoded and the car did not move: 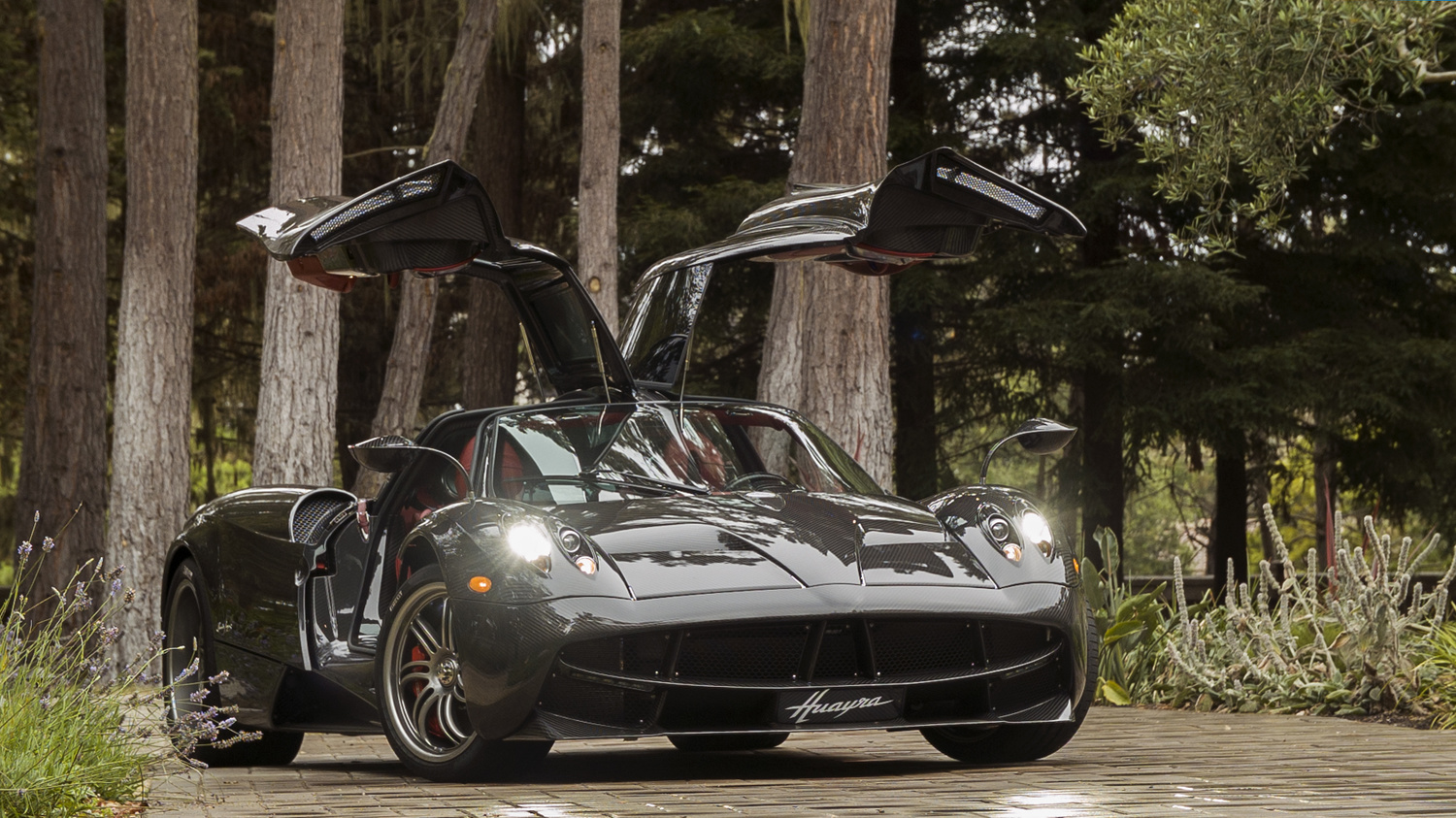 Clearly the optics, designed by Caldwell Photographic, work outstandingly well. For those curious, the build of the actual lens in the Speed Booster is 6 elements in 4 groups. The Sigma was this sharp directly on the camera, and I'm happy to say using the Speed Booster had no ill effects on the quality of the footage whatsoever.

One thing to bear in mind is that the battery life of the BMPCC is already not great, but tack on the Speed Booster and it gets even worse. Since the Speed Booster runs on the power of the body, it drains frustratingly quickly. You would be lucky to get 15 minutes out of the internal battery before having to recharge or swap to a fresh battery. This was not a huge problem for me because I always carry around battery power in the form of a Vagabond, but it's still not ideal. This might not be entirely Metabones' problem though, as the BMPCC just isn't great on battery life to begin with.

Since it works so well I guess you can rationalize the price point of the Metabones Speed Booster, but I still think it's rather high at $660. That's really the only thing I can complalin about here, but when there are so few options that work this well and allow full digital control of the lens, it's a complaint that doesn't get me very far. Metabones can charge whatever they want for the adapter and because it works so darn well, I have to admit that I would purchase it if I was going with the BMPCC full time.

The Metabones Speed Booster for the Blackmagic Pocket Cinema Camera worked better than I expected, and I was already expecting great performance. It's well built, does not detract from the quality of already great EF optics, is small and light weight and has some added benefits like increasing max aperture and making lenses wider on the small BMPCC sensor. The only drawbacks are pretty minimal, such as the power draw on the BMPCC and the fact that it's priced so high. But in a market that is devoid of better options, if you use the BMPCC regularly and have a bunch of EF glass, you'll want to pick this up. It rocks. 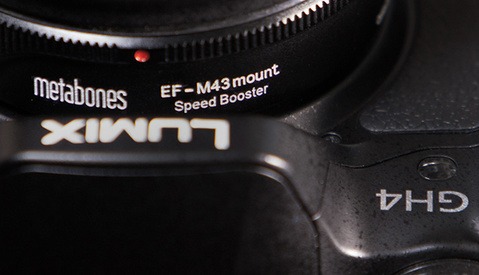 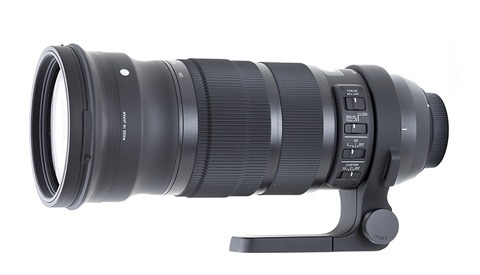 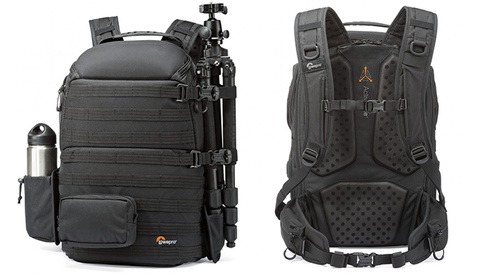 BTS / July 21, 2014
Fstoppers Review Of The Panasonic Lumix GH4: Is It Ready For Professional Use?
Log in or register to post comments
22 Comments

They have one coming out specifically for the GH4 in the next month or so. I wonder how it differs from the one you have.

Hmm I think that's the one I have? They list one for the BMPCC, and then one for a Micro Four Thirds (recently released) which is the one I have. You're saying there will be another? http://www.metabones.com/products/details/MB_SPEF-m43-BM1

I thought it was specifically for the GH4, but it looks like it's now for both. What is the difference Mike?
http://www.bhphotovideo.com/c/product/1079567-REG/metabones_mb_spef_m43_...

Wait, they're the same! I wonder why B&H doesn't have it in stock yet.

Ha Mike, I'm going to have to add "Amazeballs" to the Urban Dictionary!

Question for the community, I'm getting a GH4 this month... I have lots of canon L series Lenses with the EF Mounts... Does Metabones Speedbooster have this adaptor for the Gh4 to EF mount type? also if so Does anyone know if I can still use my lenses IS?

Yes you can, with this adapter. http://www.metabones.com/products/details/MB_SPEF-m43-BM1

Thanks Mike! I'll make sure to order it this week. I'm switching from Canon To GH4 for videos

Absolutely love this adapter have had it since they started shipping and its like having an entirely new set of lenses.

The only minor issue I have noticed is at least with Tamron lenses with VC (IS) it sometimes screws the Iris control of the lens. Usually turning the entire camera on and off remedies the situation but it has happened more than a few times for me since I use my Tamron 24-70 f2.8 VC on it often.

I might agree with this, but mine was already screwed up due to the contacts issue of my Tamron. It was hard to actually tell if anything bad was happening in addition to the contacts problem.

Great to know about that Tamron issue.

@Jaron Schneider - Where did you hear that Metabones will create one specifically for the Gh4? Was going to get the EF to M43 version, but might hold out now. Thanks

Give it time, they might release a GH4 version after everyone buys this one.

I don't know what would be different... I got mine for the GH4 and it works perfectly so far

Metabones site says you can power this thing using MicroUSB for passive mounts. Would that mean I can stick it on my BMCC (of course, not the BMPCC version then, but the regular MFT version), attach a canon lens and suddenly have IS on a passive lensmount? Just wondering how I would go about changing apperture etc. then?

You wouldn't be able to adjust aperture if the camera can't control it digitally in this case.

That's what I figured. Can't imagine why the option to power it through anything else than the camera will ever be used then, but hey...the option is there :P