Here Are the First Decent Pictures of the Nikon Mirrorless Camera

Up until now, we've only had dimly lit teasers and fuzzy leaks, but now, we have the first decent photos of the upcoming Nikon mirrorless camera.

Dilraba Dilmurat is a Chinese actress who has appeared in multiple commercials for Nikon cameras in the past, and it appears she's also doing some advertising work for the new mirrorless camera. These behind the scene pictures leaked from a fan account (and seem to have originated on Weibo, a Chinese social media site), and they offer us the first view of the actual Nikon mirrorless camera.

Here's what I can garner from the images:

What do you notice in the pictures?

An e-ink top display? Quick, someone contact Tony Northrup, who's been railing for years against "80's style LCDs" on the top of cameras! :D

Tony's too busy praising the a7riii.

Is that an F mount lens?

Will need to use adapter for F mount.

It's impossible to make out anything from those tiny pics. Where is this e-ink display speculation coming from? 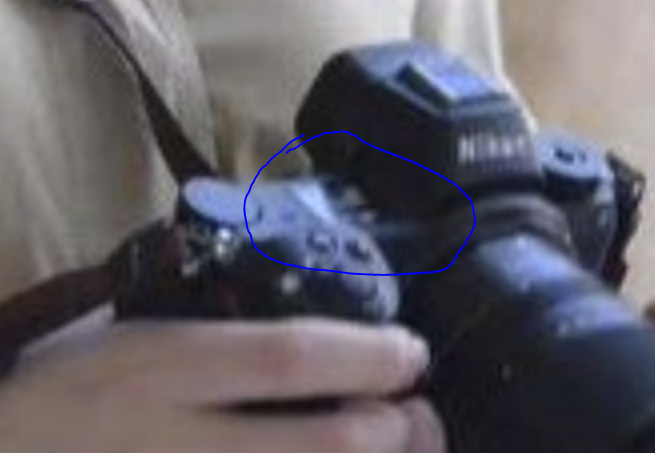 Someone call "CSI Nikon" with their upres algorithm...😂

I sure hope they do not disappoint with this release. And hopefully no recalls in the first 90 days they'll need to bring the heat to get back in the race. No limited production runs for fear of too many failures in the wild.

It looks huge. Nikon is a day late and a dollar short. If a user has to convert to a new lens mount anyway, might as well shift to the mirrorless leader, Sony.

I'm wiling to be the model holding it has pretty small hands.

Everything looks big in small hands....

Other things that you may consider in the photo is that the unusually large grip may also mean a large battery to address the short battery life of many mirrorless. Definitely no built-in flash for this particular model (not that tis a game-changer for its intended market. And man, that's a big diameter mount! MFT much?

it is strange tendency in the modern technology : small body, no flash. so we need extra piece a flash. small body means small battery. we need extra battery. like in the mobile technology u got the slimmest cellphone .then u need to put it in a tank-alike-shield and carry a power-bank with it. for god sake this minus 3 millimeters turns to cost us a lot.

I completely agree with you , but this camera doesn't look small compared to other DSLM.
Who really uses the build in flash? I used mine 3 times and it was a major let down every single one of them.

May be from engineering point of view , the lenses will be big or long. Which means shadowy flashes . Which makes them a minus rather than plus to have

I feel very negative for this lens .it looks anything but what we learnt about good lens .very plastic, no internal zoom or focus,
looks Nikon still have DSLR in stock and need to sell .that is why not welling to compete with own self.
in what generation we will have self illuminated knobs and switches for dark places ? and what exactly those teasers do to the photographers who seriously over-exposed to Sony and Fuji and Panasonic, but waiting for Nikon ? I mean this kind of teasers might be good if they were back in the 2008 . but not after all what have been written and published about the topic.

Might be wrong, but does the viewfinder/hotshoe look detachable?

I think this camera is going to be a hit. I have never seen Nikon making so much noise before a product launch, many times it has been a surprise. If they are kind of bragging about it, it must be very good. I know there will be people hating no matter what but this is good for all the mirrorless ecosystems, competition is good for us and like it or not Nikon has been leader for many years in this field.