[Updated x2] Have an Older Computer? Download Adobe CS2 Premium Plus for Free

Update 2: This update goes here because circumstances have changed. If you missed the hype, Arstechnica.com has a great explanation of what happened. The download link still works for a select few, so feel free to try, but don't be surprised if it doesn't work any more. Read on for the original post and a short explanation...

In short, Adobe wanted to help those who still had valid, purchased CS2 licenses be able to still activate new installations (if they, say, changed computers or hard drives) after they had retired the CS2 activation server. For some reason, they chose to provide free access to these customers (and everyone, subsequently) to a new, downloadable version with serial numbers that would not require activation, but that would at least unlock the software -- all you needed to do was create or use your existing Adobe ID. After realizing their mistake, they briefly made another, removing the requirement to enter an Adobe ID altogether, before finally shutting down the links and redirecting those who visited them to the current CS6 site. As stated, Arstechnica has a more thorough explanation if you want to know more...

In an interesting move, Adobe has made the 2005 CS2 Premium Plus suite available as a free download for Windows and Mac platforms. While the software will have issues with some newer computers and though the software is dated, it's all here on Adobe's site, serial numbers and all. What do you guys make of this?

You do need an Adobe account to download the files, but it's completely free to create one...

[UPDATE] There is a lot of hype surrounding the free version of Adobe CS2. Many claimed it was false, etc etc. What's the story? Some people are reporting that the reason all this was happening is that Adobe is terminating the activation servers for CS2 and that for existing licensed users of CS2 who need to reinstall their software, copies of CS2 that don’t require activation but do require valid serial numbers were available.

But the downloads are free, and they still exist. There are serial numbers you can use, but there is a catch -- System requirements:

You should also be able to use Apple computers with newer Intel processors, but you have to have OSX v. 10.6.x or earlier (that's Snow Leopard or earlier...no Lion/Mountain Lion).

You might run into issues if you're using newer software/hardware. You can get to a whole slough of downloads and serial numbers for CS2 at Adobe.com. 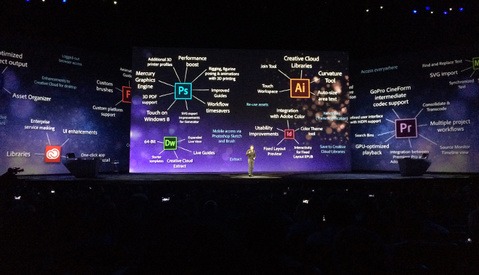 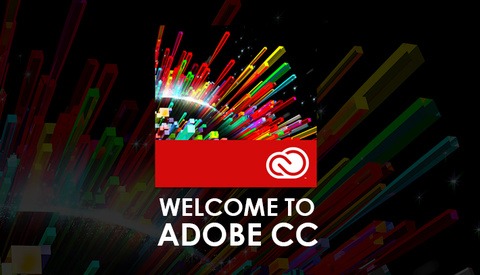 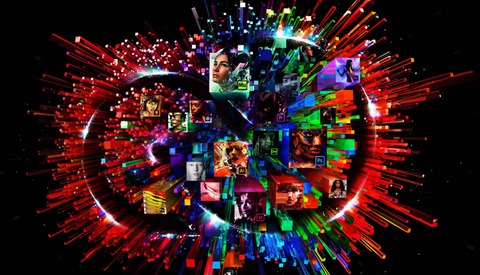 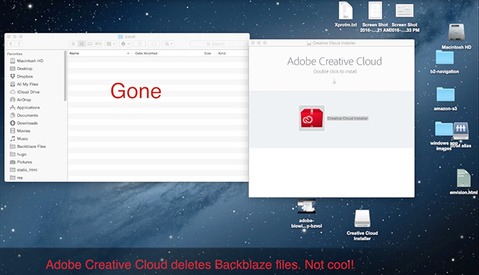 i grabbed it for my young cousin.

and to be honest.. i would prefer using a 7 year old PS version over using GIMP.

Don't hate on GIMP ! for being 100% it works a lot better then some other stuff

The GIMP has a UI even it's mother couldn't love - I've spent eons trying not to lose my rag with it but it's impossible, the whole thing feels like it was designed in 1989 by 4 people who never spoke to each other...

Ps cs2 is still installed on my mac, if you need to work quickly is the best!

Amazing. I own a Powerbook G4 with PowerPC chip from 2005, however, I barely use it even though it still runs great.  All MAC software has moved away from backwards compatibility with the PowerPC chip - even browsers!  Cheers to Adobe for recognizing that some people may own older, working hardware and need software to go with it!

not working for me. when going to adobe website via link provided in the article it gives the following error :

"We're sorry, we encountered an error processing your request.
Please try your request again. You may wish to try one of the following links:"
Is this restricted to US only?

no it is not restricted to the usa.

Downloaded and installed here, from Canada at least.

Carsten,  it's working fine for me in the UK. Illustrator! InDesign! Acrobat Pro!

It's probably worth mentioning this won't work on 10.7 or 10.8, because Apple gutted all the PowerPC stuff and it's not a Universal application (that came in CS3).

Apple has fantastic backward support. But hardware changes, the old chipset needed to be left behind. The fact that CS2 doesn't work on it is a failure of Adobe to update to newer platforms. (although I would argue that 4 versions back is no big deal) It isn't Apple's job to make sure that newer versions of their OS runs ancient and deprecated software.

CS2 came out 8 years ago. OSX can run any CS that has come out since then. I think that is more than sufficient backwards support. Honestly, I wish companies would reign in the backwards support a bit more and force people to update.

Within reason, of course. But imagine where the internet would be today if web developers didn't have to support 10 year old browser technology?Furthermore, every penny Adobe or Apple has to spend on backwards compatibility gets front loaded onto the cost of their products. When I buy CS6 for example, I don't want to pay more for it because Adobe is figuring in the maintenance cost of keeping it compatible for a decade.

In my opinion 2 versions back is fair and gives customers plenty of time to update. Both Apple and Adobe do more like 3-4 versions.

yeah sure apple changes its hardware but ist adobes fault that the software they have already coded does not work anymore then.. you apple fanboy -- lol retards.

Apple maintained support for YEARS on powerPC apps after the technology was deprecated. It isn't Apple's job to maintain support for deprecated and no longer current software forever. Could you imagine the cost to software/hardware makers to have to backwards support every single version they ever created? Do you want to pay for this in the price tag on the box?

CS2 still runs just fine on the version of OSX it was made for. It also runs fine on the version after that. And the version after that. It wasnt until SNOW LEOPARD which came out 6 YEARS later that they dropped support for the PowerPC architecture. If Adobe feels their software needs a longer lifespan than this it is THEIR job to update it.
Do you also get mad when you find out Photoshop CS6 can't run on a computer from the 90s?

As a customer I don't WANT Apple, Adobe, or even Microsoft supporting software this old because it has a direct impact on hurting me. Like I said, 2 major versions back is plenty. That puts users on a very reasonable 4 year upgrade cycle.And for the record, it isn't Adobe's fault that their software that is already coded doesn't work on the newer machines. But it is their choice to update it or not to meet the new demands of newer systems. Apple didn't break old installations, they simply released new hardware that no longer can run deprecated software and they did it in a way that gave software developers several years to adapt to the change before dropping support.

If you have an old Imac G5 running Leopard you can still run CS2 without a single problem and to help you out Apple still is making security updates that far back.

"powerPC apps after the technology was deprecated"
powerPC in not deprecated, OSX on powerPC is

The one which is way overdue a stamping-on for anti-trust violations, tax avoidance and all that stuff

The one which thinks writing "Assembled in the USA" means something

Defend them all you like - we know your sort :)

For the record, Microsoft only supports any version of their software for 5 years. Just sayin'

It's a really nice advertising move on their part. They won't really lose any customers but get a shit load of exposure through Facebook, Twitter, F-Stopper,Google+, ISO1200.........And it doesn't even cost them anything. The professionals will go for the never version 5 and above. Or will download it for their second PC. It's nice for those, who only use Gimp atm. And that's where the advertising part comes into play, again. You get the customers away from the other products and into Adobe. That way you might even get some new customers for the payed versions. And it's working perfectly. Take a look at FB, or Twitter. You can't look at one of the Social media sides without seeing at least 3 posts about it.

no need to say the obvious. ;)

no need to write that response to my post either ;)

Thanks for the tip Bjorn

You're playing with an empty deck.

Awesome. I work on an old XP machine that won't run anything too powerful, grabbed myself PS and Illustrator. Thank you :)

I think this is made to run on Snow Leopard or earlier and not too new a Mac. I have a 2011 iMac with Snow Leopard and it should run fine on that. Indeed, about a third of all Macs STILL run Snow Leopard because Lion and Mountain Lion are so… yucky.

The article says it has some issues with some newer computers. I own a Dell Studio purchased in 2009 with Windows 7. Does anyone know if the program is likely to work for me?

Seems it say "System Maintenance" but why in Japanese ???

Can't be downloaded as of right now -- even if logged in with adobe account. Page says unavailable. Server load or changed their mind?

It's a system maintenance !

Curb your enthusiasm, folks. No such thing as free lunch. Yes, its free to download, but it's NOT free for use. This is only for those, who purchased a copy of CS 2 back in 2005 and now Adobe is closing the registration severs for this product - that's why they are giving the keys. Anybody tried to register the downloaded copy? Well, correct me if I'm wrong, but IMHO that's no way to do it.

And considering the other responses exactly where do you get this idea??????

At least now we know, finally.

@Simeon Genew: You are wrong. I simply downloaded it from above link, installed it, put in the serial-number as given and it works fine ! Just testing it on a 2006 MacBook with only 1 GB RAM....

I was able to download everything but failed to print the page that had the serial numbers on it so now I can't run them. GRR!

Is it working for anyone else right now?
Site Area Temporarily Unavailable

Web site down, just like my flash player that has been causing endless problems for 2 weeks, XP and Chrome browser

does not work.  i think i smell a troll XD

then go and wash yourself....

There is no working anymore :'(

Received this post from a user on Google+ "Found this "Update: The mystery has been solved; the availability of Creative Suite 2 bundle was just a glitch from Adobe and the link was destined only for CS2 owners that had trouble installing the software".﻿"

Not sure of the accuracy of this, but page is gone now.

I couldn't get this download to work either, but I found it here: http://noelchenier.blogspot.ca/2013/01/download-adobe-cs2-for-free.html

IT WAS A MISTAKE FROM ADOBE