National Parks Around the Country Are Watching Your Social Media

The authenticity of those #wild #liveauthentic social media photos of the outdoor adventure types is questionable at best. But some people really do walk around in the forest with bright colored puffy jackets for more than just snazzy photos and all the likes. Unfortunately, the "take only photos, leave only footprints" model of Leave No Trace principles still leaves many remote and protected areas of the wilderness trampled and exploited by outdoor enthusiasts.

The debate about social media and its effect on the outdoors and our National Parks is continuously debated. Some adventure seekers head out in search for Kodak moments of their own, but more importantly to recreate moments they've seen already on social media. Many accounts are not actively or even knowingly promoting breaking the law, but not every post is as law-abiding as it seems.

Take a recent tweet by REI that caught the attention of Mount Rainer National Park.

.@REI Camping in vehicles outside of established campgrounds is illegal. We have great campgrounds though! https://t.co/h42GVGzRTp -pw

The outdoor retailer tweeted out one of their employee's pictures who woke up in their car at Mount Rainier. It's a great photo and a great moment, capturing the light over the mountains and the feeling of dawn. This kind of photography, waking up in the trunk or bed of a vehicle, has been emulated in many outdoor adventure feeds. But Mount Rainier National Park had something to say about it and in the process, educated visitors on something they might not actually know about: you can't just park your car anywhere and sleep in it.

The National Park Service is out to protect natural lands and promote safe and responsible human recreation within the grounds. Highlighting some misnomers will hopefully correct some behaviors. The NPS kept their cool, and in a land of shoot-from-the-hip opinions and vulgar commenters, Mount Rainier's twitter account simply stated the facts and provided information to back it up.

The point of many of these outdoor social feeds is to showcase the outdoors and promote a feeling of wanderlust. They also feature people getting too close to wildlife, illegal locations on private property, and some gray area activities such as the sleeping in a car example above. Yes, you will get many many likes, the outdoors is pretty cool and hip right now, but the problem is the jeopardy you put yourself in and the activities of others that might try to copy your work or destination.

You're probably familiar with #ThatNWBridge and the thousands of photos captured there but do a quick Google search and you'll find that it is located on private property and stories of how the owners have increased police presence and even hidden parts of the trail to detour people from climbing all over the dangerous bridge. Their intention is not to prevent photographers from capturing images there, it's liability and safety. Imagine if someone fell off! The owners of the land would be sued for every last copper cent.

Not trying to sound like a buzzkill here but we all have a responsibility to treat the outdoors with respect and to protect what makes it wild. Some will still trespass, ignore signs and fines, and explore an ice cave in July. Risk is part of what makes outdoor adventure fun, but no photo or Instagram post is worth endangering yourself. Mount Rainier took the high road and simply stated the issue and addressed it kindly by educating the public. Hopefully other organizations will take note and educate the public where they can to keep the wilderness wild and fun.

Do you think social media is causing problems in our National Parks? What more can we do to educate the public about the ethics and laws of the wilderness?

[via The Outdoor Society]

Landscapes / November 9, 2018
Landscape Photography Should Be About Adventure, Not Trophies

I tag the appropriate park service in my Instagram images, and they have returned the favor by re-posting them. That's one advantage of playing by the rules.

I'm so tired of all this fake "adventure photography." I shoot expeditions for organizations like various branches of the Outward Bound School, and I'm out in the field for weeks at a time, carrying 60+ pounds of stuff the whole time. This summer I was shooting several week long expeditions in the Dolly Sods Wilderness in WV, and it rained the whole week. We slept under tarps to save weight, and I would regularly wake up in 3 inches of mud. THAT is adventure photography. 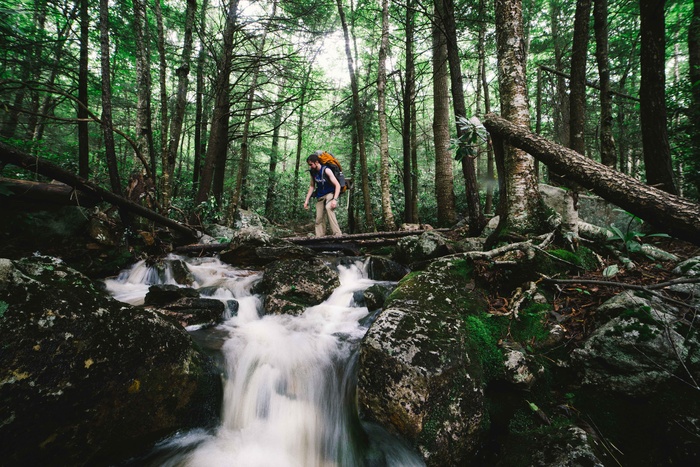 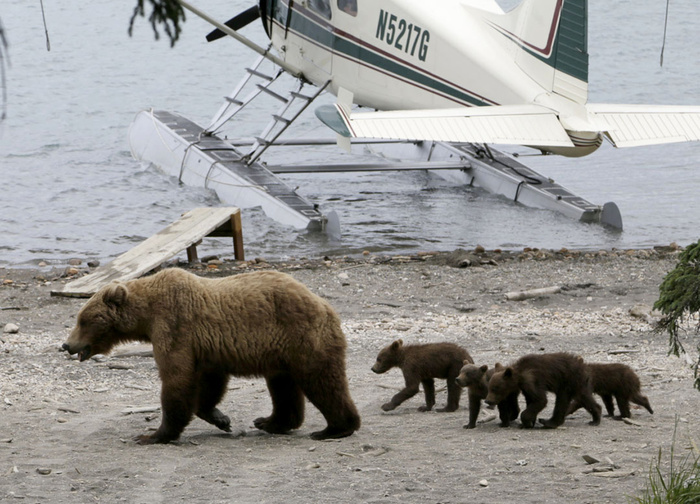 @Zachary try to be more humble. You're no better than the rest. As someone who has hiked 40+ years I can tell you that nature can take you any time it wants regardless of how hardcore you think you are. And in regards to posers there experiences are just as real as yours and there expression about nature or adventure is simply one perspective. You do not earn the right to tell me what adventure is because you what one extra mile. What if the person who gets out of the car is in a wheelchair. Is there struggle and adventure just as great. Humbly your fellow adventurer.

REI: Busted! Yes, it was noble of them to close their stores on Thanksgiving and Black Friday, encouraging people to #OptOutside. But Fstoppers has published articles of people defacing National Parks. I don't remember the vandal, but it chalked a drawing of it on a rock and Instagrammed it. Was the hashtag @LizardMan?

I'm not sure I understand your comment. So the vandalism is REI's fault?

No REI is not at fault but their hashtag for closing on Thanksgiving and possibly for Black Friday was #GoOutside or something like that.

It's only illegal to sleep in my car because they want my money. Provided I'm not on someones private property, I'll camp where I damn well please. If you want me to pay you money to spend time outdoors you can go fuck yourself.

There is no fee at Mowich Lake section of the park, but maybe you can write "go fuck yourself" on the free provided self check in form ya rebel.

Awesome! feel free to spend time on your own land for free! When you go into OUR (that's yours, mine, and everyone's), you pay admission to help maintain that pristine piece of land. If you camp over night, you pay more because you're using the park more. Also, money aside, it's about accountability. Bathrooms, food, water sources are all placed and removed based on how much they're used. If you don't get a camping spot, they don't know your sleeping there and can't get accurate numbers, which leads to overflowing trash cans, which leads to litter. Finally, it's a physical record of you being there. If you have a camping permit for 2 nights, and your stuff is still there on day three, they know to go look and make sure you aren't bleeding to death out in the woods somewhere. (The rescue teams are funded partly by your permit fee, BTW) It also leaves a paper trail in case some a$$hole decides to graffiti rocks or bother wildlife, because they can tie you to the location.

It's assholes like you skip out on paying the $5 parking at the national seashores isn't it?

I think you spend way too much time worrying about what other people are doing ;). Just saying... lol..

It's a national park, not an Italian sports car. It doesn't need to be maintained, I pack my own trash out -- I'm not going to pay some highschool dropout to do it for me. So yeah, if I can get away with not paying the $5, I will, and I'm proud of it.

Somehow it was there for millions of years before forest rangers existed, go figure.

All the NPS rangers I've met are either in college, or college graduates. Some were doing their internships, and many work for low pay. They love our parks, and the wildlife in them. Sadly, they have to deal with dicks like you.

I leave no trace when I visit so I'm also comfortable leaving no money.

They knew the pay sucked when they signed up, you make it sound like it used to be a lucrative profession and because assholes like me don't pay they've suddenly descended into poverty.

At least you admit you're an asshole.

Where I live, thats just enough money to rent a one bedroom apartment and starve to death in it.

Some people just think trees and animals are more important than people. They also like to herd people into "designated areas" for easier management. Unfortunately, that leaves us with lots of restrictions on our movement, but a warm and fuzzy feeling in our hearts.

Only in America will someone sue someone else for there own stupidity. I ran into a tree on Crownland the other week, Can I sue the Canadian government for not cutting the tree down.