Donald Trump, a president who often likes to use the phrase “fake news” to describe the media, has created a fake news scandal of his own after an article in Gizmodo revealed that several photos of the president have been altered by his digital team.

The alterations in the photos revealed that the president was often slimmed down, whether at the waist or at the neck. The edits didn't end there, however. Many times, fingers were elongated as well.

The edits weren't hard to find; the original photos were posted in the public domain on the White House’s official Flickr feed. You can see one of them here compared to the original: 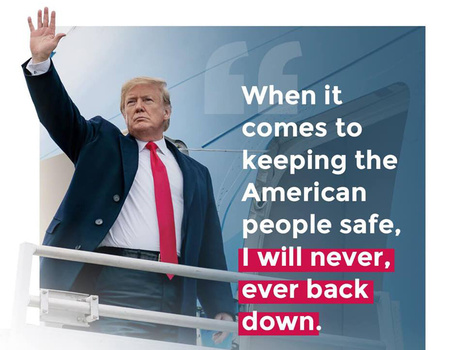 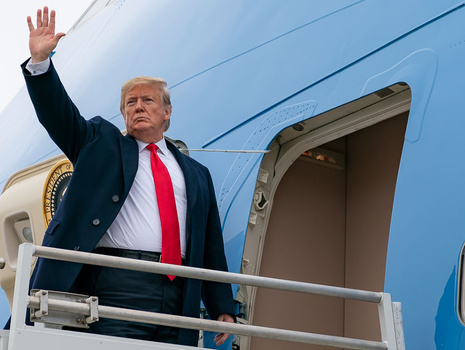 Note the slimmed down neckline and waist. The Gizmodo article has a few more examples, making it clear this isn’t an isolated incident. Some of the changes are so small it's hard to spot, so there may be more out there.

While news organizations generally prohibit their photographers from these sorts of material edits in photos, there’s technically no sort of ethical guideline prohibiting these sorts of alterations from the White House. That said, this wasn't a common practice in previous administrations, and such a breach of accepted (if unwritten) photography ethics could erode the trust of viewers looking at images coming out of the White House and the government in general.

What’s crazy about all of this is that the edits aren't even that drastic. A tuck of the jacket there, a finger elongated there. It’s hard to see why some of these edits were even made.

Do you think it’s OK for the White House to digitally “slim down” and enhance the president? Leave your thoughts in the comments below.

I'd guess it has to do with stating that a reality show host would make a historically significant President. Actually that's not even a wrong statement to make.

Yes you are calling me a troll, and yes you did reply... Just calling things as they are. Why would I need to put a portfolio, I just want to read articles, and periodically comment on them. Your ability to judge someone's ability to lead a country, or even to be able to articulate what you are actually doing, has nothing to do with your skill in photography.

Edit: Now you made me look... Your photos are nice.

Everyone is to some degree I think. I don't really care anymore. I would have a beer with any president.

Any edit to the proportions of an image where you to force one dimension at the expense of the other which give you these artifacts. Three images out of how many shot of Trump? I think we have larger issues at the moment.

He’s so charming isn’t he. His personality, his intellect and physique. What a “sweet sweet” man. (As you say)

I disagree with you. Trump is not a good president: 1.5 trillion deficit caused by wealthy tax cuts while middle earners tax cuts eroded by higher cost goods triggered by tariff wars, chaotic immigration policies and GDP loss from government shutdown, protection of for-profits on the backs on student debt, shrinking of lifespan due to climate policy and toothless EPA, justices that are more partisan that scholarly, a larger swamp in Washington, and the list goes on. Funny thing is that "limited government" conservatives are the one asking for 5.7B for a wall to nowhere when we have other bills to pay.

I appreciate your loyalty, and I respect that a population supports Trump, but many others don't buy your arguments. I voted for Ronald Reagan and Bush Sr. My Dad served 20 years in the military. I general agree to the principle of the 2nd amendment. I am not a bleeding liberal. I dislike Warren and Pelosi and many other heavy handed progressives. This President represents nothing that is American.

Tax Revenues are up so the deficit is caused by the out of control spending not the evil tax cuts. Nevertheless, although the total $ deficit # is up, Debt to GDP ratio is down because the economy is actually growing now. Unemployment numbers are as low as we've ever seen them - and across the board - Hispanic and Black unemployment at record lows. Also, the jobs being created are full time real jobs (manufacturing) vs. the previous administration where 80%+ new jobs were part time service jobs.

The previous President said what Trump has accomplished was "impossible". Something along the lines of needing a "magic wand" to create it. Well Trump has done that and more.

You can hate the man based on his method and personality or what ever other political bugaboo crawls up your backside, but the economic numbers say his plan is working very well and helping the Nation greatly.

Not to mention that all of this Economic gain was done during a period were the Fed raised interest rates 7 times and reversed their Quantitative Easing Policy. William Howell is correct that in the future, this economic revival will be recognized as a significant accomplishment.

I didn't even have to finish my dinner to unravel the double speak. First, 5.7B for a wall and George Bush's expansion of Medicare is what they call spending. Dems do it too, I get it. Tax revenue increases are barely covering the $1.5 trillion tax cut and the rate of growth needed has never been seen in American history for any sustainable time period. Trump with his EPA de-regulations and tax cut gave a short term adrenaline shot to the economy/jobs but the hangover will be severe. If anything, call me out for referencing Wall Street because its performance is irrelevant to good economic policies.

Keep in mind that pundits said the tax cuts would go back to workers, but aside from a few lip service bonuses most went back to buy back stocks or other financing tricks. I don't blame corporations; simply calling out what people said and what really happened. The sad fact is anyone can promise no taxes and no regulations and change the economy for a short period, but you eventually pay the piper, Sorry, I don't subscribe to your economic theories which went down in flames with Reagan's trickle down. Simply ask are the majority of Americans experiencing a better standard of living with less worry of catastrophic events. A low wage job is not proof.

I completely agree that he will be considered a historically significant President, and that it will take at least two decades to undo what he has done to our country.

Well gee, now I have mixed feelings about whether I should finish setting up my account here or not.

I dOn'T CoMe To FsToPpErS FoR PoLiTiCs yOu LoSt a FaN

It is a legit photojournalism question. Altering photo records can be equated to altering any other records.

Is it though? Photojournalism seems pretty cut and dry to me. Commercial photography, art photography, whatever. I think the future will judge this to be a terrible decision and anyone with two brain cells to rub together probably agrees. These photographs need to serve as historical record, not advertisements.

In fairness, the photo shown in this example is not photojournalism, it IS an advertisement.

Hey I am not sure how serious Mike Kelley is with his comment but, Wasim you use a very cheap headline for your article here and involve your political views and made it a clickbait and in result loose respect of your readers as well as trigger people like William to write his political views here for us to read.

In the other hand we can easily see your point. Gizmodo website well documented the digitally altered images without using words like creating fake news on their headline. It’s not the greatest site but you should perhaps learn. And you are not the only one in FStoppers with such headline choices, because this is not my first time pointing out this issue.

I honestly think your team should sit down and discuss the particular problem.

What about the headline was untruthful, though?

You're grammer is horribldly bad. You lost your tan.

Really, Gizmodo? That's our conspiracy theory du-jour. Is this F-Stopper's descent to the level of VOX?
Better yet, The Attic on The Ugly Hedgehog. Wasim and dirtpusher; brothers from different mothers.

Slate and the LA Times picked up on this too.

Why would they boost the saturation of his face?! Perhaps his digital team should create a De-Cheeto PS action.

I think they ran it through one of the Instagram filters, probably a poorly trained social media team or one that doesn't understand that presidential communications are historical records that need to be archived.

Politics, Religion and Sexual Orientation don't mix with our thing...there is so much more you could be writing about

When was the last taboo added to the list? I must have missed a memo.

Don't give a toss about him, his face saturation or the reduction of weight.
What I want to know is, how to make one of those nifty before/after sliders.

I've got a ton of 'faked' photos I'd like to present this way.

I don’t know much about the sliders unfortunately. I just follow the instructions from the editors and magic happens.

If you search for “image comparison slider,” you’ll find a slew of solutions that can be used on your website to varying degrees of difficulty.

Fstoppers is fake news and has always been. . .Garbage