The Trump White House Doesn’t Care About Photos or Video

Two days after Donald Trump’s inauguration, I posted a tweet about his use of a low-resolution, potentially unlicensed image being used as his header image on his preferred weapon of choice, Twitter. On technical and professional levels, it was a fail (you can see it at the top of this article). I should have realized it was a sign of things to come.

Around the same time, we saw Trump’s first presidential portrait, a scowling affair lit from below. Any introductory level photography student knows this is a style of lighting better used for Halloween photos (or if you’re Jill Greenberg, photos of other presidential candidates) than a sitting president.

In September, Aneesh Kothari asked the question: should President Trump fire his video team? The argument for that being that the cuts in most of his videos make no sense; They’re essentially from the same angle with shots edited back and forth in an awkward way. In these videos, Trump shouts at the screen in an equally puzzling fashion. It’s possible that Kothari’s article didn’t make it into Trump’s daily briefings, as he was still using the same technique for videos into December, sharing a screed against sanctuary cities on Twitter early in the month.

The hits kept coming in November, with a new presidential portrait released by the White House. This one was no better, featuring a distinct lack of professional lighting and poor composition with a frame sticking out of the corner. It’s as if he gave the photographer no accommodations for a formal photograph, which is entirely possible. Compare that with Vice President Mike Pence’s photo and the difference is easily visible.

Even as late as last week, Trump still hasn’t learned the basic step of using a high-resolution photo for Twitter. Low-resolution featured photos are still the order of the day for the @realdonaldtrump handle:

The featured photo on Trump's Twitter feed after the passage of the tax bill.

Never mind the optics of not having much diversity in most of his pictures, as most bill signing and speech photos show.

Trump’s questionable use of photos extend to his retweets. As recently as two days before Christmas, he retweeted the following meme:

The meme that Donald Trump retweeted on Dec. 23.

This appears to be a Joe McNally photo that has been altered. A different Trump head has been plastered on and a CNN logo is smeared on his shoe. Though he isn’t the creator (and thus the infringer) of the photo, his retweet amounts to a tacit endorsement of the practice.

Though Trump has hired Shealah Craighead as the official White House photographer, it seems like she’s not given the same freedom as Pete Souza was during his tenure as President Barack Obama’s official photographer. Most of the photos on the Flickr feed are poorly composed grip-and-grin photos, with odd tilts and couches in the way, compared to Souza’s wonderful documentary photography. Much of that probably reflects on the personal tastes of each commander in chief the respective photographer worked with, as both Craighead and Souza are not lacking for talent.

Ultimately, it's erosion in small amounts; a pilfered photo here, a poor quality photo there. But all of it is a signal from the top that photography, especially truthful, documentary photography, doesn't matter. That's bad for photographers all around.

If you had refrained from interlacing your article with opinions, irrelevant to the main point, it would have strengthened your message. In this case, however, it probably doesn't matter since everyone is intimately familiar with the president's style or lack thereof. Some people will appreciate it as being largely responsible for his administration's transparency, for good or bad. Others, won't like it as they value presentation over substance even though they would never use those words. That's not to characterize the relative merits of various president's substance. There'll be no end of debate on that matter.

"If you had refrained from interlacing your article with opinions"

It's literally an opinion piece...

In order to respond, you had to have read that part. Did you just skim over my comment because it was too long? Maybe you didn't understand the meaning of "irrelevant"? What happened?

When I saw someone voted down my comment, I was hoping it was you Eric. You're so ignorant, I'm proud to write anything you don't like. :-)

Personally, I feel like Trump should allow his photographer a more creative workflow. Maybe something that shows a softer more playful side, say like a shot of him on the Whitehouse lawn catching snowflakes on his tongue. 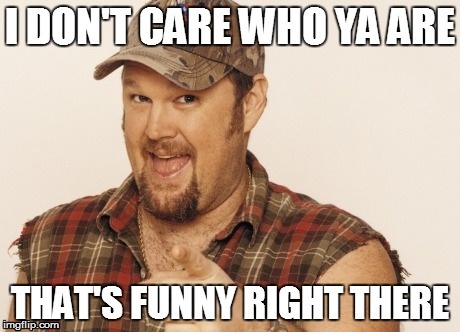 I'm not sure that President Trump doesn't value photography as much as he's simply used to running over people as a businessman, and paying for it, if at all, later.

With regard to the official portrait, whether you like him or not, you have to admit he has a definite image of what he wants to portray, and he has gotten good at portraying it (whether one likes that portrayal is a different subject). If this official portrait is lit like a Halloween photo, it's probably because he wants it to look like a Halloween photo; he thinks that makes him look foreboding and powerful.

President Obama allowed David Sousa to have such freedom because he understood how those photographs could help him seem more personable to the average person. President Trump, long before he entered politics, has always wanted to be seen as powerful. The lack of candid or behind the scenes photos plays into that.

Whats the point in criticizing a president?! This is a photography related website. Stop with the bullshit!!!

Don't forget the Washington Post and New York Times for the college know it all hippies. Better be watching Fox News, read Breibart and Infowars.

I think David missed your sarcasm. Not all "know it all hippies" understand sophisticated humor. ;-)

It's an article about photography, there's no political opinion in it. What's the problem?

The trumpflakes can't handle any criticism of their orange boy, screaming that everyone MUST respect him because he's the president, while ignoring the fact that they're hypocrites who did nothing except disrespect Obama. They all can kiss my veteran rear end.

I love how most leftards try to be more intelligent than they are. Typical snowflake drinking coolaid from the Clinton News Network. It’s like you all sit around close minded and think one way. How to smear the President of the United States. Cry because you didn’t get your way and replay the same thing over and over without an original thought in your head. Your lucky to live in this country and afford the freedom for your feedom of speech. Thank god (or whoever you pray to) for not being killed for speaking out against the leader of the country. Thank god you have the freedom to think freely and outloud.
I really can’t fathom how you people think and justify stuff in your head. The crimes the left have committed, gotten military killed for bull crap reasons (Benghazi). Praise a deserter and have his parents in Muslim dress beside Obama on tv. Praise thugs and armed robbers for doing what they do and condem people who try to protect themselves and family. Wanting to open up our borders because we should have no borders and allow anyone in because they deserve it? I know many immigrants that live here and they have worked very hard to earn their citizenship and I’m proud of them and happy to call them Americans. But not open boarders with people my tax dollars are supporting.
Yes I am a veteran of the Panam ainvadion, Afghanistan, Kuwait and Iraq. So next time you say so what about being a Veteran. You better just grow up and thank One for giving you the freedom you have and allow you to think like you do out loud.

There were ZERO military in Benghazi you retard.

I have to thank a veteran for giving me freedoms I've secured as a veteran myself? Kiss my ass.

Yet again, KISS MY VETERAN ASS.

"But all of it is a signal from the top that photography, especially truthful, documentary photography, doesn't matter."
That's not a political opinion? Hmm..

People are not giving him a chance to even attempt to show diversity. He has done more for Democrats this year than the last 4 democrat presidents. Sad thing is you all are to scared to realie or recognize it.

LMAO...Oh Wasim I'm gonna get the popcorn and rum out.

Politics and all that BS aside, the availability of the EXIF data for all of the Obama gallery shots is great! Offers some insight into how they were shooting. Unfortunately, it seems to have been removed from the Trump gallery shots.

Souza's work seemed to be more "pseudo" documentary vs what we are seeing now. Excellent images and photographer. Souza's Images seemed to be a bit too polished FLOABT. I believe Eric Draper had a more "capture the moment" approach vs Souza's approach.

Trump ran a populist campaign and it served him well. I believe the "point and shoot" aspect of his imagery is playing to the populist crowd. I have learned not to question the political-image aspect of Trump's decisions. I would have never thought Trump would not have survived the terrible debate performances. From what the media reports, I would have figured Trump would be in jail by now. Both are far from the truth. In the end I think nothing will come of he Russia investigation (some "hanger ons" will get caught up in it) and a good chance Trump will be President for another term...believe it or not. What you are experiencing is the same during the Clinton administration back in the 90's. At every turn, even an impeachment, the right kept saying "we got him now", "this one will do Clinton In", "this is the one thing that will defeat Clinton".."this time it will stick"...of course everything slid off like oil. Same situation here

The photography approach is just a small aspect of Trump's overall image and I no longer question the artistic decisions. It will be interesting to look back on Trump's term 20 ears from now. Bush Jr was seen as the devil 10 years ago. It seems people have warmed up to his legacy a bit more

G.W. Bush is looked more favorably now in the sense of nostalgia because he was ridiculously more qualified than 45 -- and he was still a mediocre President as his best. He seems like a nice guy at least.

I don't think a lot of those shots merit their inclusion. :-/

Truth. I never understood removing camera data - wouldn't you want the credit to travel with the photo wherever it goes? Also, knowing the settings of a photo doesn't mean you can create it again, so no harm in letting those out either, I say.

I suppose, but if you're the official presidential photographer, do you really need credit?

I think in Trump’s case he uses a bunch of different photographers in addition to Craighead, and so for the future, when years have passed, it can’t hurt to know who shot what.