UPDATE 2: Huffington Post has edited their original article. They now state that the Instagram app deal will close later this year, not the whole app.

UPDATE 1: Facebook has said that Instagram employees did not work on the new Facebook Camera app as the acquisition is still in process. They also announced that it expects the Instagram app to close sometime this year. Wait, what? The purchase of Instagram looks more and more like just an action to remove a competitor. But because there are so many apps out there, if that really is the reason the purchase can look sort of unnecessary and, well, silly. Unless HuffPost made a major boo boo with their reporting... [Via Huffington Post]

UPDATE 2: HuffPost made a boo boo (as we were beginning to suspect thanks to our Facebook fans), but have corrected it. They originally stated that the app was to close this year, but have now edited their article to state that the deal will close, not the app. Whew. Breathe your sigh of relief Instagram faithful. [Via Huffington Post]

See friends’ photos all in one place
When you launch the app, you'll see a feed of just great photos from the people you care about. You can swipe to see more of any album or tap to enlarge an individual photo. 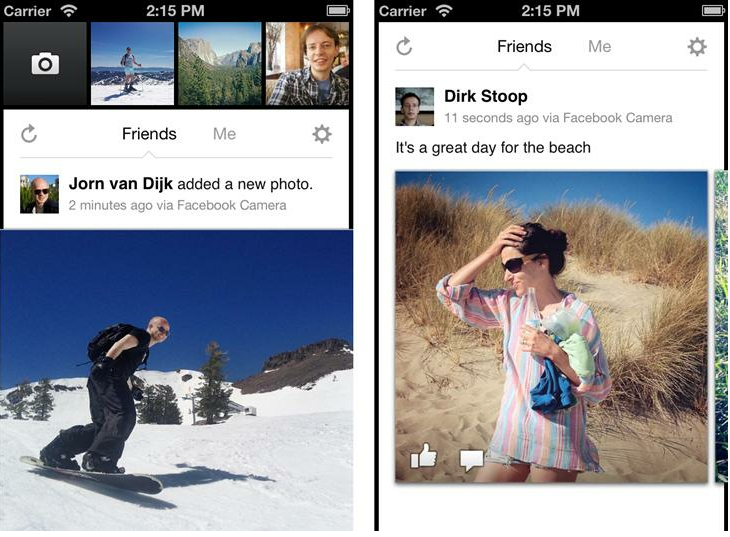 Share multiple photos fast
Now you can quickly share multiple photos all at once instead of having to post one at a time. Just select the shots you want to share by tapping the check-mark on each photo and then hit post. You'll have a chance to add a caption, say where you were and tag friends before you share. 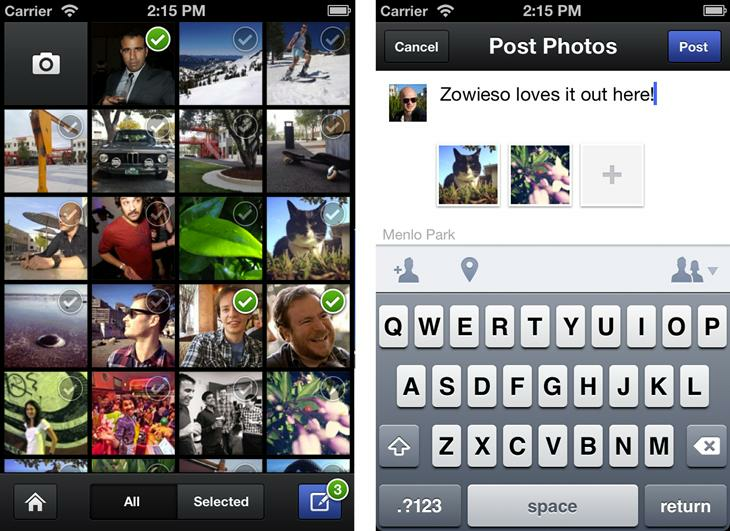 It's also easy to edit photos with new tools like the ability to crop, rotate and add filters to any picture in your camera roll."

Personally, I'm a bit confused as to why Facebook bought Instagram only to unveil a product that is wholly separate and directly competes with the product. Perhaps there is more going on here than immediately apparent, but for me I'm still in the dark. (UPDATED: Well. A little less confused now.)

You can watch a video of the app in action by clicking here.

The app is free, and available now at the Apple App Store. 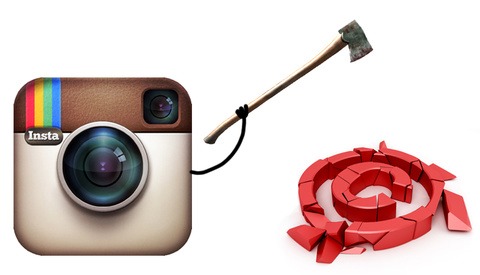 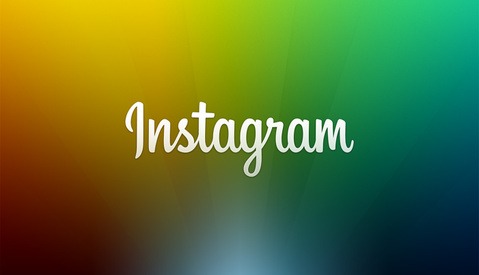 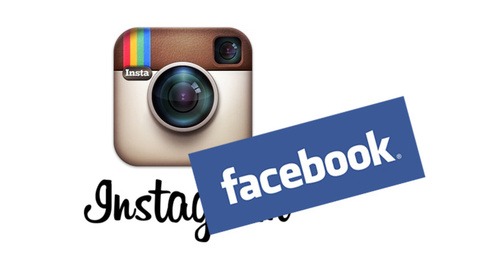 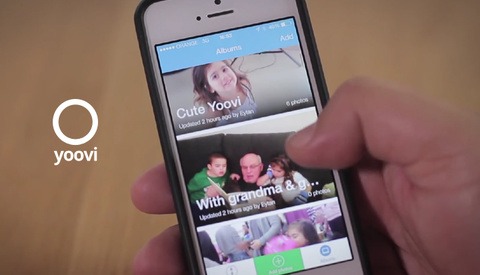 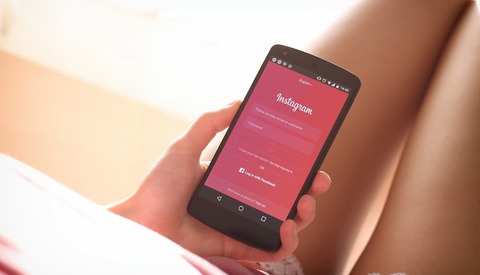 I gotta say. it's kind of a fail of an app.. just checked it out..  it just allows you to post directly to facebook... its certainly no instagram.. and I'm hoping that wasn't their goal in making this app.. because it really sucks..

So far in my playing around with it, I have to agree. Instagram and Camera Awesome are vastly superior, and both of those post to Facebook really easily. The only thing this does that is cool is integrate all photos uploaded to your friend's facebook stream. Yay. I have Facebook for that. Except that app sucks too.

They're probably just following Apple's model of naming things what they are. Seems to be working for Apple at least.

Since when? iMac, Macbook Pro, iPod, iPad, Garage Band, Quicktime, etc etc...those names, though short and simple, are not exactly "naming things what they are" otherwise it would be "Apple Mp3 player" "Apple Tablet Computer" "Apple Computer" etc. This is more of the No Name brand naming platform.

Good point. I was staring at my iphone when I made that statement.

Hey Mike ... I have a bar of soap I can send you to clean out your mouth.

Its time for the moderators to start cleaning up this site.

I think they just wanted to "kill" the competition and adapt Facebook to Instagram. I will not be surprised if in the next year or two they will close Instagram.

Why didn't they just integrate this in the current facebook app instead of having a completely separate one?

Yikes. $1 billion to take out a competitor is pretty impressive. I still don't buy the sole reason to buy instagram was to take them out.

I love how facebook keeps trying to add features, and doesnt bother at all to fix the flippin basic facebook app. its the slowest, most bogged down app i use. Even when connected to my super fast wifi, data will REFUSE to load on the FB app.

The original story link is there. We just didn't want to continue to spread a story that was updating and had some bad facts. Blame HuffPost!

"They also announced that it expects the Instagram app to close sometime this year." What is your source on this? I have not heard this from anyplace. Why buy something to turn away 10's of millions of users. Morphing Instagram into something new...maybe but I highly doubt they would kill the servers and shutdown the app.

HuffPost posted this originally, which we cite above. However, they edited their article, which we also cite above.

Reading that again, I think it should have been written "They also announced that it expects the Instagram ACQUISITION  to close sometime this year."

As for instagram, i wasn't a fan. An app that adds things that degrade a photograph isn't something i would want.
I'm on facebook, but am not a huge fan. Thankfully i do not have "THE ADDICTION" some folks have for facebook.
Anyone ever think, whatcha gonna do if ya lose electricity for a few years? My god, we might have to use paper , writing utensils, and envelopes to send messages...