Become A Better Director With These 6 Tips

I recently came upon an exhibit entitled “Faces In The Crowd” by photographer Alex Prager and it really got me thinking. Not about the creativity, the concept, or the message. I wasn’t even thinking about any of the technical aspects that would have gone into creating these images. As my eyes wandered across the sea of people represented in her images I had but one thought in my mind; it took one amazing director to pull this off.

If you study the images from Alex Pragers “Faces In The Crowd” you are sure to notice a great many things. All this is no accident. Each of the images in her series is meticulously choreographed to give the senses a smorgasbord of visual delight. Every position and every expression carefully calculated to give the viewer the exact image that Prager intended. I think we can all learn a lot from this incredible display of directorial prowess. 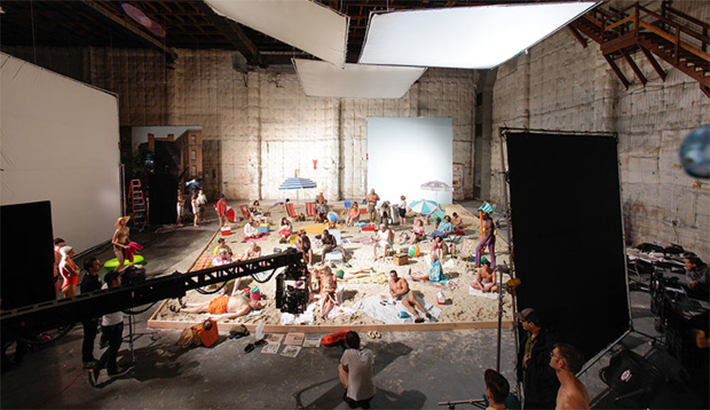 For the most part I am a product and catalog photographer. The bulk of my work is either very slow, precise, and controlled as in the case of shooting jewelry, or it takes on an almost production line approach when we shoot catalog work. Over the years as my career has evolved many of my clients have as well. Their requirements grew and became ever more extravagant. These same clients who were once asking for product and catalog work are now requesting lifestyle and editorial images as well. As this happened I have had to transition from controlling sets with as few as 2 people to full blown productions with upwards of 20 people involved.

Making that transition has been one of the more challenging things in my career. By nature I am a bit of a shy kid, or at least I used to be. Public speaking and leadership roles were the things nightmares were made of. Thankfully I grew out of those awkward teenage years but I don’t think I ever truly let all those demons go. This became quite apparent as the production value of my images increased and the number of people under my direct control increased as well. I would like to share with you all a few things I have learned along the way that have made my directorial duties just a little easier and have helped me control the crowd. 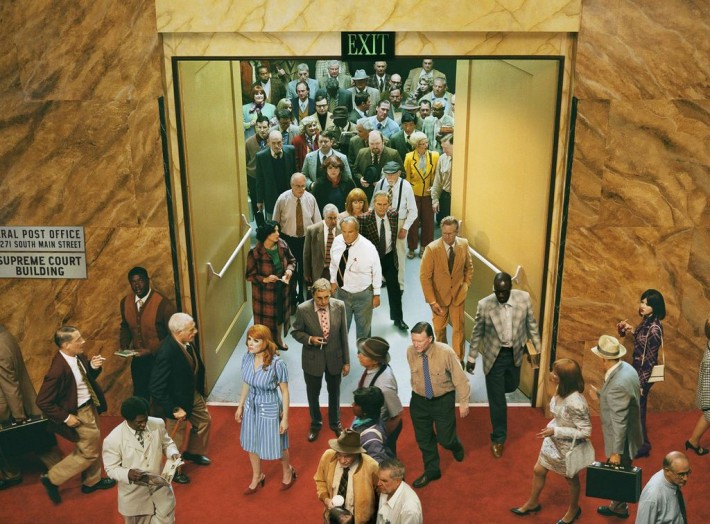 It’s All In The Details

On the day of the shoot there is an astounding amount of things that can go wrong. They can range from completely miniscule to downright catastrophic. No matter the size of the issue at hand however they all have just as good a chance of provoking a meltdown worthy of the greatest diva. Naturally we want to prevent this. The best solution is to prepare yourself as best as you can the day before the shoot takes place.

I have found that making a simple chart with the names of everyone involved and their list of responsibilities is a powerful tool for preventing disaster. Going over the who and what of the day gives me a chance to cover all the details that might be overlooked by others. What tools might be forgotten? What might prevent injury in certain situations? Where is everyone coming from and what is tomorrows weather like?

I had a shoot earlier this week where the stylist ran out of double sided tape. We were in urgent need and at that point in the evening the stores which would normally carry this had already closed. The day before the shoot I knew we would be working with a LOT of models that day and the conceptual clothing we were shooting would more than likely require double sided tape. As a precaution I packed 3 extra rolls which I usually keep around for product shoots anyways. That little bit of extra thought towards the details of the shoot made me the hero of the night and ensured we proceeded without any hiccups.

As they say “if you fail to plan, you plan to fail”.

Know what you want to shoot and how you want to shoot it. Though I try to keep a certain level of fluidity at my shoots, I can tell you with certainty, that the best way to become flustered is when you just don’t know what to do next. Have a shot list created and with you on the day of the shoot. If possible you should scout the location beforehand and even take some preliminary test shots. This will give you a chance to refine your vision and achieve exactly what you want on the day of the shoot with the least amount of fumbling about.

This does not mean that you need to have a completely stiff set without any room for experimentation, but I would recommend that you always have something up your sleeve and in your back pocket. If something experimental is not working on set be ready to switch gears and go forth with what has been planned. You can always try again after you have composed yourself and given yourself a bit of time to think about what it is you actually want to achieve. A photographer who is fumbling about and unsure of his own thoughts will not inspire any confidence in their crew.

You mustn’t be afraid to delegate. People crave feedback and direction on set. I know some shooters really like to take the ninja approach and render themselves almost invisible. This works well for a photo-journalist but a commercial photographer has to be present. If you’ve been hired to craft and capture an image you cannot leave the human element of it up to pure chance. It would be a bit naïve to walk into a room of 20 people and expect that they will all be in the right place at the right time.

You will be called upon to hurry people up, ask them to get out of the way, or to simply quiet down. You are not a bully for doing any of these things, you are being an effective leader, and that is what every set needs. That is what your clients pay you the big bucks to do. 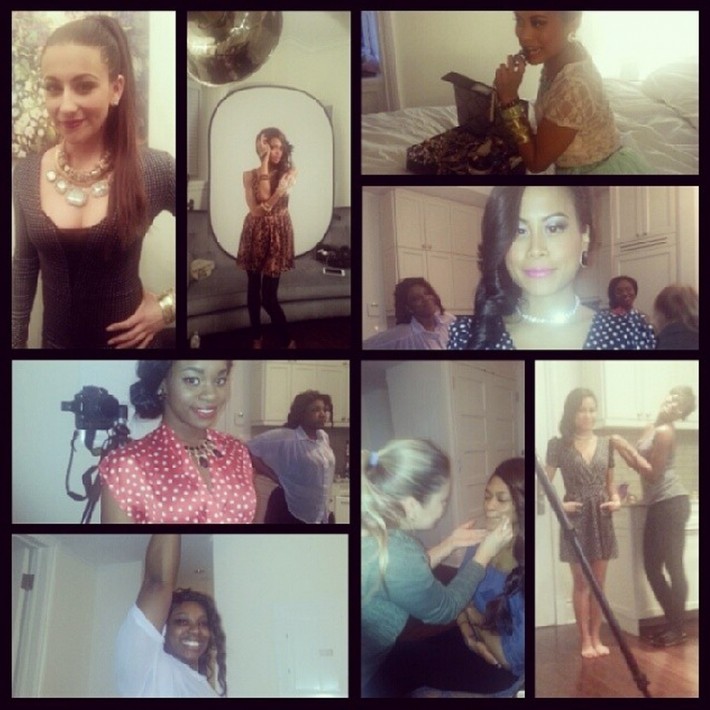 Just as much as you study photography so you should study the craft of storytelling. Part of being a good director is the ability to set the tone and the mood on set. You want your models and actors to radiate their roles on camera. They need to believe what they are doing and it is your responsibility to take them there.

You will want to have group discussions as well as individual discussions with everyone that center around themes and feelings which you are trying to portray. If you can evoke those thoughts and feelings on set, they will also show up on your camera.

Don’t forget to inspire your crew with positive re-enforcement. If you must criticize make it constructive. Feedback is always good but you also want to maintain forward momentum and motivation. Take charge and give suggestions but also offer a good amount of praise.

We are all human. While part of being a professional is all about learning to adapt and thinking on your feet, even the best of the best still screw up, and that is enough to break down even the strongest person. When and if that happens have a plan in place.

Nobody wants to be on set with someone who just lost their marbles. If you feel some frustration coming on make sure to catch yourself and step back before it becomes apparent. Don’t be afraid to call a quick break. It can help to develop a “stress-time” routine that will help calm you down during this short time out. You might want to have some chamomile tea which has calming properties. Perhaps slipping on some headphones for 5 minutes and listening to music would do the trick. Maybe you just need to go to the bathroom and splash your face with cold water for a few minutes. Whatever your solutions, find one, and keep the set a place of bliss.

If All Else Fails

Use that assistant. Seriously. They are not just there to set up lights and carry equipment. Assistants can be an invaluable second set of eyes and ears on set ready to detect disaster before it strikes. Usually when I am shooting away I am so intensely focused on the energy and technical aspects of what is in front of me that I can fall victim to a little bit of tunnel vision. Since I was not born with a pair of eyes in the back of my head it is extremely comforting to know that I have someone watching the rest of the set on my behalf. Cheers to all the assistants out there!

As much as I would like to take away a different message from Alex Pragers fantastic work I can't help but be inspired by her directorial and choreographic skill. Perhaps that is the real message after all. It is certainly a source of inspiration we can all draw from as we move forward in our careers and try to chase down ever bigger projects. Till next time! Feel free to visit me anytime at Peter House – Commercial Photographer to follow our work.

when i taught photography... i choose to teach personality first. Your personality decides your pictures...