Here's Why People Hardly Ever Smiled in Old-Time Photographs

Why does vintage photography gives some people "the willies”? Whether or not you've noticed this, the portrait subjects in the oldest black and white images are almost always glaring sternly into the lens.

I love antiques and visiting vintage shops. In my years of browsing through those dusty old shelves (with their musty yet oddly satisfying odor), I've collected dozens of stereographs. These are side-by-side photographic prints of nearly identical images, which create a three-dimensional image when viewed through a stereoscopic viewer. Stereography’s invention by Sir Charles Wheatstonef in 1838 — only 22 years after the first primitive photograph — is historically remarkable.

My fascination with stereography has produced a small library of vintage stereograph portraits ranging across a wide array of subjects. It includes images of proud or stoic Native Americans, high-collared aristocrats, even a U.S. president. But the subjects rarely have even a faint smile. What’s with all that grimness?

Abe isn't not smiling, but I wouldn't say he's frowning either. {{LOC-image}}

The most significant explanation for the glum faces in vintage portraits is a technical one: long exposure times. In late 19th to early 20th century, photographic film wasn't as sensitive to light as modern film (or camera sensors) and required exposure times of several seconds to several minutes. Those minutes-long exposures did become less common as advancements in film were made throughout the 1900s.

Since any movement during a long exposure could create "ghosting" aberrations and ruin the sharpness of a photo, subjects were instructed to sit absolutely still during portrait sessions. Smiling requires many facial muscles to work in unison, but those muscles don't have the stamina to sit stay fixed over the course of several minutes. Some past accounts describe children being harnessed to chairs to keep them still enough for a long exposure.

Portrait of Edward Augustus Petherick. Apparently there was nothing humorous about being a prominent book archivist in Australia in 1894. (Image via Wikimedia Commons)

How hard is it (for someone not a professional model) to hold a long smile for a camera? An entertaining 2010 case of smiling angst led to the "Hide the Pain Harold" meme: a desperately grinning Hungarian fellow who became an internet sensation for his bizarre grimace in various photo sets, apparently due to facial fatigue from forcing a smile during long photo shoots.

Also theorized as contributing to the lack of cheery faces in old-time portraits is the fact that dental care wasn't as commonplace or advanced in the 19th century. The typical solution for decaying teeth was to pull them. No wonder people were reluctant to show their off their chompers.

Cultural factors also see to have contributed to the lack of smiling in those early photographic portraits. First, the then-popular genre of "post-mortem photography" influenced a deadly serious (as it were) demeanor even in photos of the living. The grisly act of posing the dead as animate beings didn't exactly popularize smiling photo portraits.  That photographic fashion tapered off early in the 20th century. I don't see it making a comeback anytime soon.

A post-mortem family portrait with a deceased daughter.

Additionally, smiling was once seen by the elite as a sign of idiocy. And since photography used to be a luxury exclusively enjoyed by the wealthy, the culture of dignity and seriousness may have also impacted the demeanor of photographic subjects.

There are, however, exceptions to the aristocratic zeitgeist of photography from the late 19th and early 20th century. Although photographed smiles of this period were rare, they can be found. A Flickr group has been dedicated to finding and re-posting the elusive "Smiling Victorian."

Historians and sociologists have offered various explanations (beyond long exposure times) for the rarity of cheerful expressions in vintage photographs, but the larger picture might have had to do with something we still work with today: the shifting vicissitudes of individuals and culture.

Smiling always has cultural connotations. Smiling at a stranger in North America can make a different impression from state to state and city to city. Whereas a smiling stranger might be seen as welcome in a socially relaxed area, that stranger could be taken as naive or even suspicious in a more conservative place. Suspicion can also prevail in some big cities, where eye contact is commonly avoided as a method of self-preservation.

Are there examples of photography from that era that make you wonder what was behind their smile (or lack thereof)? Please share with us in the comments section.

Lead image/s via Wikimedia Commons, all are in the public domain.

At least it is not video. Most already knew this

Great article. While I was working in India, people often showed me their dead-serious wedding images and family portraits. For me, it was hilarious. But after a while i came to the point of thinking "how stupid is it to smile as soon as someone puts a lens into your face?" Its just our self-loving character and individualism. In our modern culture everyone wants to look happy and successful.

I've never even thought about it that way, but I actually agree now that you mention it. There's no good reason behind why we smile other than to put on the appearance that we're happy, which is okay in certain context, but it's interesting to think about.

Agreed, and the article makes this point too!

I would argue that 5 seconds or less is still plenty of time to show movement, though I suppose one could hold an expression for that long. So at that point (mid-1950s), non-smiling was most likely due to the other theories: nobility or oral hygiene.

I had some trouble finding exact dates for specific exposure times, thank you for the information!

I thought it was simply because they were applying for a drivers license in the state of New Jersey. I used to have a warm, friendly smile on my license -- enough that people complimented it. Then during my renewal photo I was told to remove my glasses and provide not even an element of happiness. Now I look like an escaped serial killer from the woods on my license. Not exactly the image you want to present to law enforcement!

Early photo portraits probably took inspiration from centuries of portrait painting. And here you don't see a lot of smiling, hardly ever any teeth..

Scott, I was quite interested to hear that you have a collection of stereo portraits, as I have been thinking about doing some, and wasn't aware that much has been done in this area. Are you aware of any collections of such portraits accessible through the web?

Karsten, I've only collected stereo prints from vintage shops. But I would give archive.org a try!

Post-mortem photography, yikes! That gives me the heebie jeebies.

I did read somewhere the Mona Lisa never smiled due to having bad teeth! Good article, enjoyed reading this.

You don't understand portraiture. No one smiles in a portrait. Not now. Not then. Not ever. Your have never made a portrait. Portraits take time, effort and collaboration. One must study the portraits of the painters to understand the portraits of the photogs. Just think, the first self-portrait was done in 1940. When was the first portrait done? I do fine art studio photography, some pay, some don't. No one smiles.

Why such a nasty comment, especially when you're obviously wrong? No one ever smiles in a portrait? Avedon took portraits of people smiling. Hell, Rembrandt painted smiling portraits. You ain't no Avedon or Rembrandt, so step off your smugness. Look like you need to study a bit more...

Exactly what kind of people are you photographing; cadavers in the morgue?

Here’s an example of early Civil War imagery from my own family ... dating back to the Battle of Chicamauga in 1863, when our ‘Uncle’ Jake Miller took a musket ball to the forehead, considered by doctors to be a mortal wound. However, he defied the odds and lived well into his 70’s, with good humor, if not always a smile on his face, over-ridden by continuing headaches through his life from the wound. 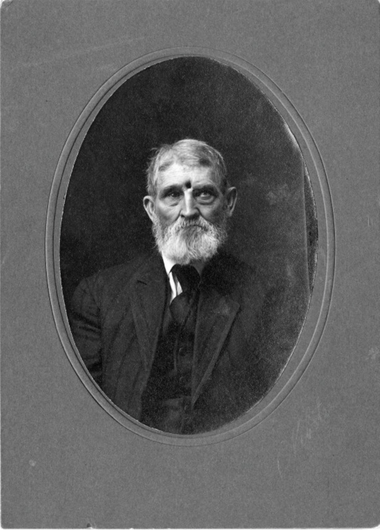 Had I not known the backstory, I would have assumed the hole was from trepanation. I believe was still practiced in the 1800s, but don't quote me on that.

No smiles, huh? A trait prevalent even to this day, just look at the portraits of my in-laws!

If you were an indigenous person whose lands were taken and whose culture was overrun by white people, I doubt you'd have much reason to smile.

I sure hope no one write an article like this in a couple hundred years about duck-lips and snap chat photos. "A culture of low-IQ and narcissism seemed to have encourage smushing your lips together."

Two of my nieces have duck lips in all their photos. Two open their eyes as wide as possible because someone told them that makes their eyes look better (they look slightly insane). My daughter doesn't do this, but she's the selfie queen. And she takes lots of pictures of her legs at poolside.