The Least Expensive Way to Shoot Underwater in a Pool

In my last video post on Fstoppers, I thought it would be fun to try to capture family portraits of some friends of mine using a split view technique where you can see both under the water and above the water in the same image. To achieve the effect in those images, I used an Ewa-Marine underwater bag to protect my camera while out in the ocean. The photos turned out really awesome, but it got me thinking: "what are some other inexpensive ways to capture this same effect?" Today I'm hoping to achieve another split view image but this time using a much cheaper piece of photography gear: an empty 10-gallon aquarium tank.

If you haven't read the last article, the whole concept is to capture an image completely in-camera while creating the illusion that the camera is halfway between the waterline. As many readers have pointed out, the most professional way to capture these images is with a true underwater housing designed specifically for your camera. In a follow-up video, I will probably use one of these housings as well, but for now, I wanted to try to achieve the effect without investing thousands of dollars in true underwater gear.

Much of the gear I'm going to be using is standard gear in my normal everyday camera kit. One of my favorite cameras is the Nikon D850, which is pretty bland and vanilla compared to some of the newest mirrorless and medium format cameras out on the market. For me, I simply love a camera that is tried and true that I also know like the back of my hand. I'm also using the Tamron 24-70mm f/2.8 lens for this shoot but unlike the previous video, this time I'm going to be shooting closer to the 50mm and 70mm range. Shooting more telephoto should help reduce lens and water distortion as well as accentuate the waterline a bit more because my camera will be further away from the glass tank. For the fancy underwater housing, I'm going to be using a relatively cheap 10-gallon aquarium tank that I bought online. 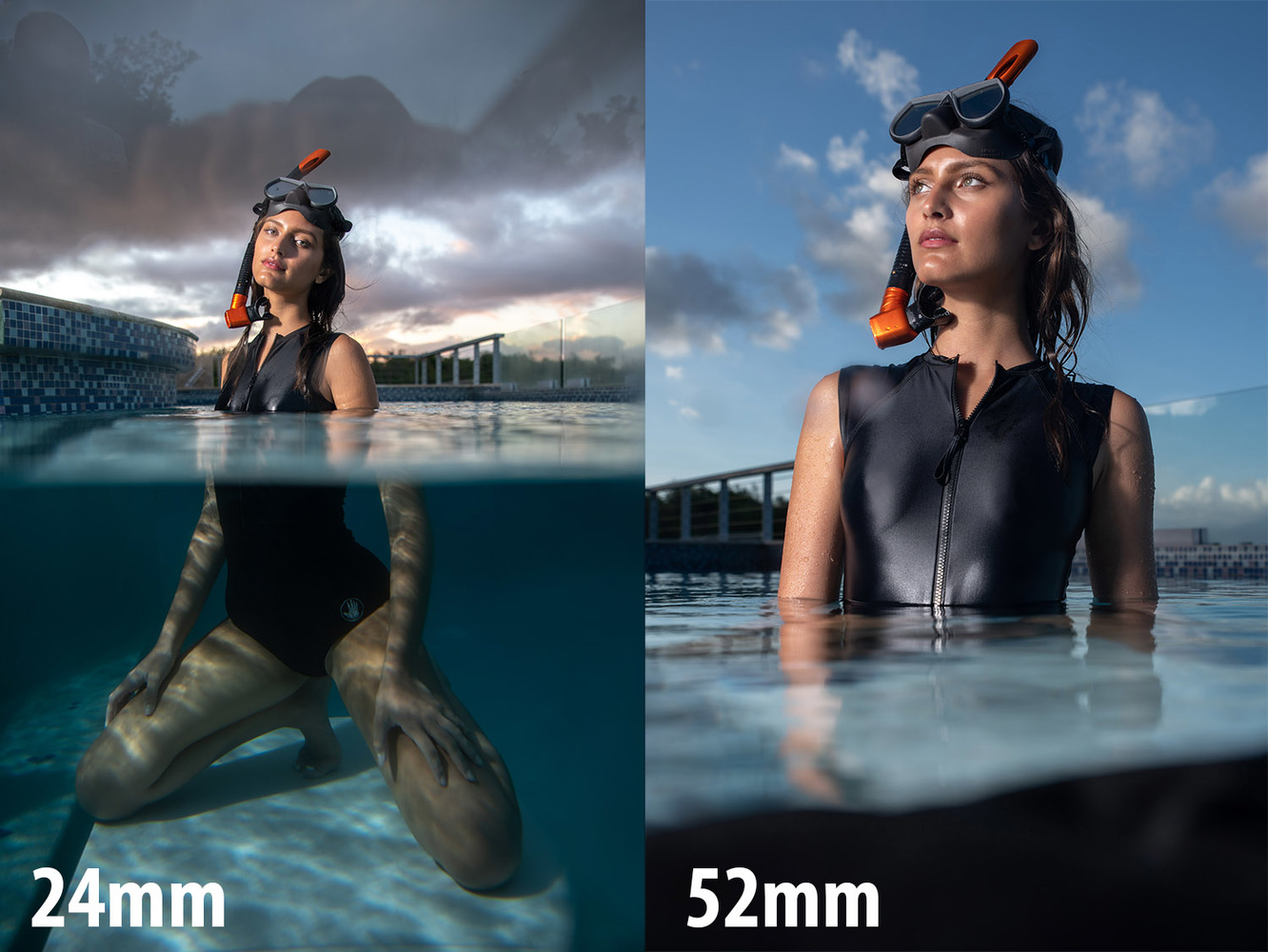 You can also see from the images above that I was using flash to help balance out the exposure on Krystal while keeping detail in the sky. The flash system I used in this particular shoot was the new Westcott FJ400 Strobe with their 26" Rapidbox Softbox to help soften up the light a little. I didn't use the extra diffusion material, so the lines on my shadows are still pretty sharp compared to what they would look like if I softened up the modifier with the extra baffle material. For some of the images, I used a singled FJ400 on camera left as my key light, but as the ambient light lowered towards sunset, I added a second light off to camera right to act more or less as a fill. In an ideal world, I would have gotten this second light even farther behind Krystal to act more like a rim light on her body camera right, but the pool was several stories up with an infinity ledge, which made it impossible to push the light any farther back behind her. Both strobes were triggered using the Westcott FJ-X2m universal wireless remote, which is the only remote I've ever used that allows you to both sync your strobes and use HSS on any camera. This means you don't need a proprietary radio transmitter when you switch from Nikon, to Canon, to Sony, or Olympus.

One thing you will need to be aware of if you try this technique yourself is that depending on how you angle the aquarium, you will often find that sometimes your subject above water doesn't line up with the subject underwater. Because the walls of the aquarium are flat, the image below water will be magnified and often shifted off to the side.  Here is an amazingly thorough article on Flat and Curved Dome Port Theory that can articulate better than I ever could on what his happening when you shoot through glass that is underwater.

Picking my favorite image from this series was difficult because we captured so many really cool photos. Ultimately, I wound up picking one of my favorite poses where Krystal's body underwater lined up pretty close to her body above water so the effect wouldn't look too strange and unusual. For the final edit, I wound up using ACDSee's Photo Studio Professional 2020, who sponsored the post-production section of the video.

Photo Studio Professional 2020 allows you to do most of the normal photo-editing techniques you are probably familiar with, but they also have some pretty interesting features and tools hidden under the hood. One tool I don't think I've seen anywhere is keyword tagging based on the people in your image. This kind of works like Facebook's tagging algorithm and makes it super easy to recall every image of specific people you might have photographed in the past. Photo Studio Pro also has their own take on powerful tools like the Liquify tool, dodging and burning, cloning, and even LUT presets so you can get cinematic and the film looks on your images. Below is the final image both straight out of the camera and after editing it in Photo Studio Professional. 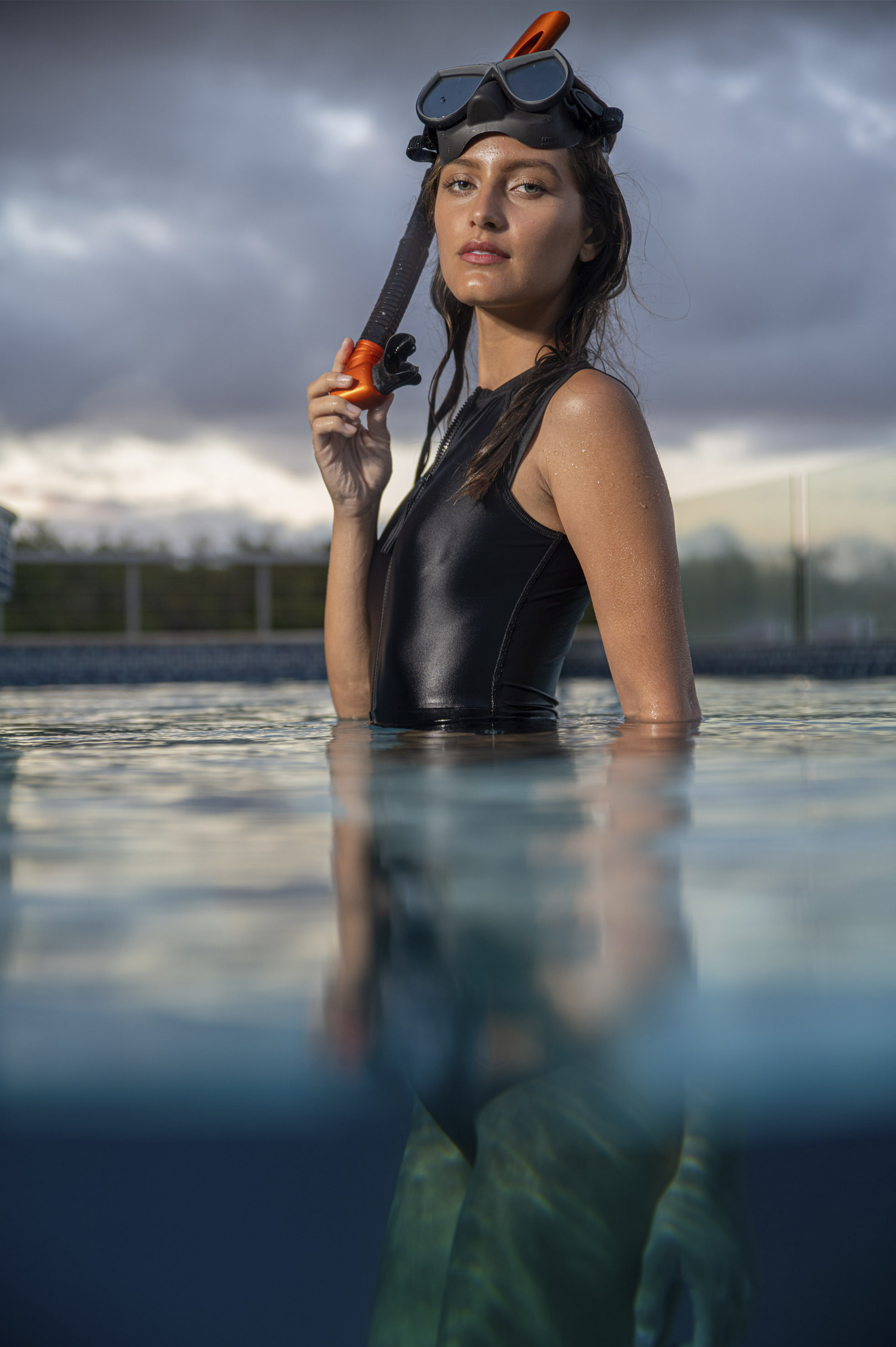 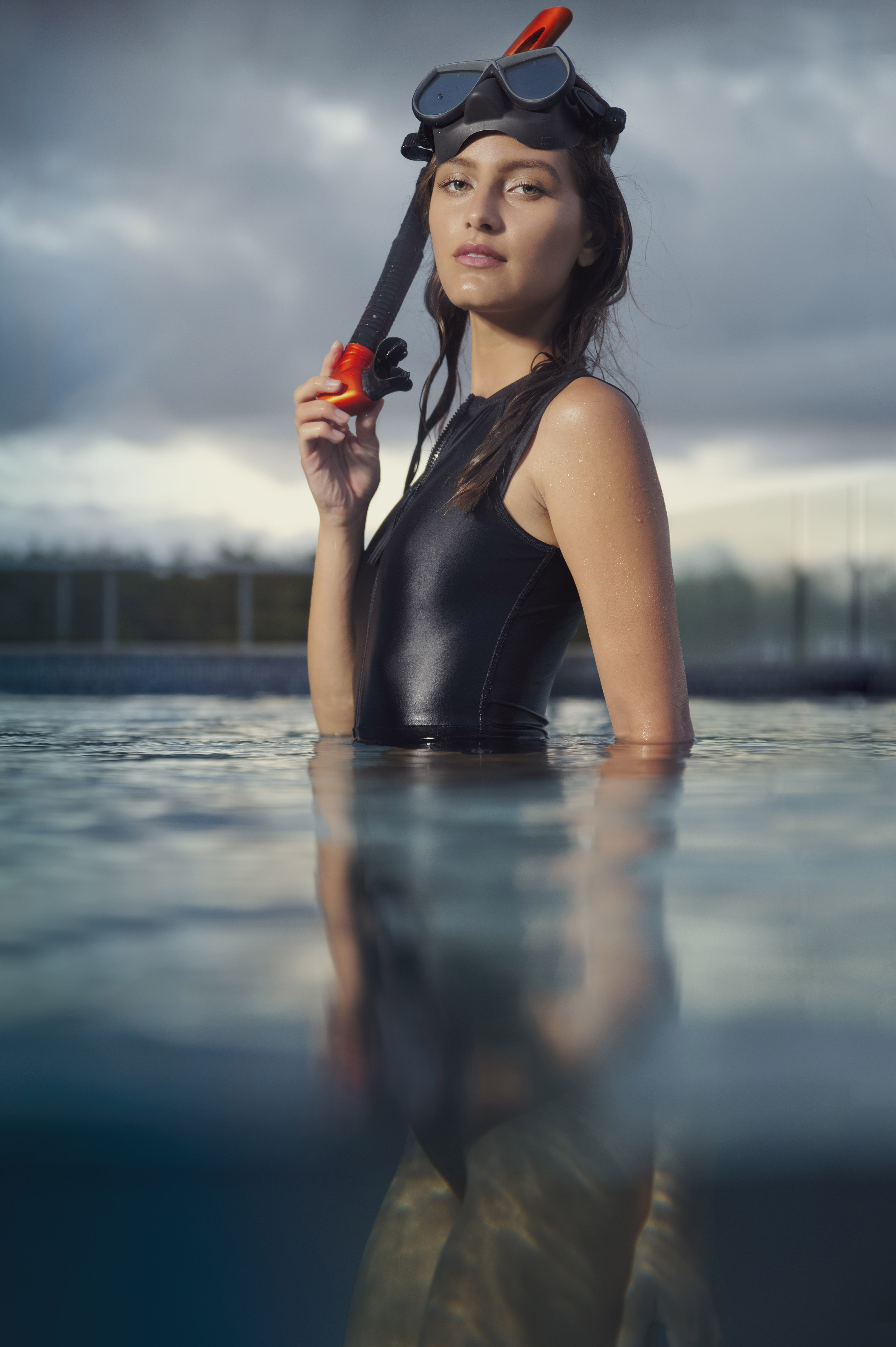 If you want to get your own copy of Photo Studio Professional 2020, head over to the Fstoppers ACDSee page here, where you can download a free trial of the software to see what it can do to your own images. If you like the software, you can buy a one-time key that unlocks your copy of the software forever. 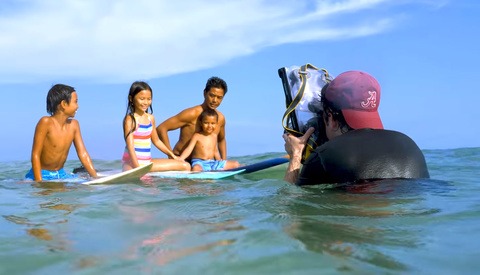 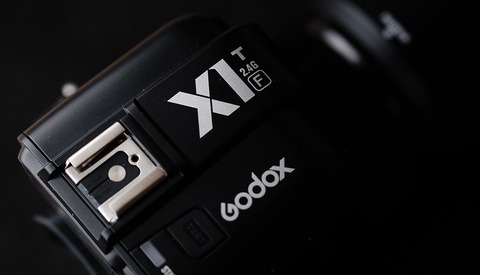 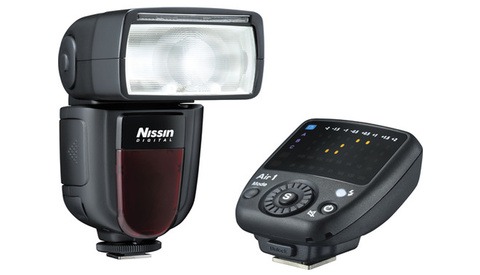 Gear / May 10, 2017
One of the Best Wireless Flash Solutions for Fuji Shooters 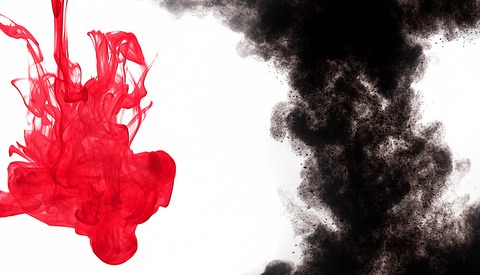 BTS / June 12, 2020
How to Photograph Ink and Paint in Water
Log in or register to post comments
4 Comments

Yep this is pretty awesome. Thanks for showing us!

This is a really cool technique and some great results. Though not technically correct, I would have changed the refraction/distortion in the sub-surface image just to make it more a aesthetically pleasing image.

Now, we just have to get out of lockdown here in Victoria, Australia.

Fish tank works for video as well. You just need a flip out screen or monitor to look down while filming. Also used an 120d II for lighting and shot at night to try and hide the pool look.