When the Give Me Strength campaign started back in December, it was initially thought that it would cover a few days with a few athletes and maybe a couple additional shots would come along later in the year. That was until we produced the first campaign of four images: a runner, a girl doing yoga, a lacrosse player and a basketball player. To say that the images went over well is an understatement and the call came in to shoot 4 more, then another 4, then 3 in NY, another in SF and a final in Aspen. All the while I was trying to keep up with campaigns that had been booked before we ever thought that there would be more shots.

In the end, this campaign cost me a substantial amount of my sanity, however it served to strengthen my appreciation for the people on set and in the office that have made it all possible. From producers to assistants to the DJ we hired to keep things light (yes, we seriously hired a DJ for the shoots and it was awesome), every person was incredible and shares responsibility for this campaign's success.

With the extensiveness of this body of work, I have decided to release a series of blogs so that you the reader can take in what is was like to be on set. Also, with the amount of pro athletes that we were able to photograph, I figured some shots may warrant more time than others. In the end, once the final photos have been shown, we have also made a behind the scenes video so that you can see what it was like on set and have a laugh at my dancing ability. With that said, let's show some photos from the original shoot mentioned earlier:

The idea behind these shots was to show the truest form of athleticism. When arenas are removed and fans don't exist, the essence of sport is the athlete. Minimalism at it's finest, we decided action on black would be the key to the series. For consistency we would need a lighting schemata that would be able to be used throughout the campaign. This may sound easy, however trying to find one that holds a strong look over multiple sports like lacrosse, baseball, yoga and cycling is not an easy task at all. Originally I had five different lighting setups that I wanted to use, which we eventually reduced to two, and then finally narrowed down to one. Picking that one setup that will be used for a campaign is like choosing between a Ferrari or Lamborghini... both are good, but you can only drive one.

With quality of light being key and speed needed to capture the action, we decided that we would shoot with four Profoto 8A power packs. I hopped around between 16 and 22 on the aperture as sharpness would sell the complexity of the shots. 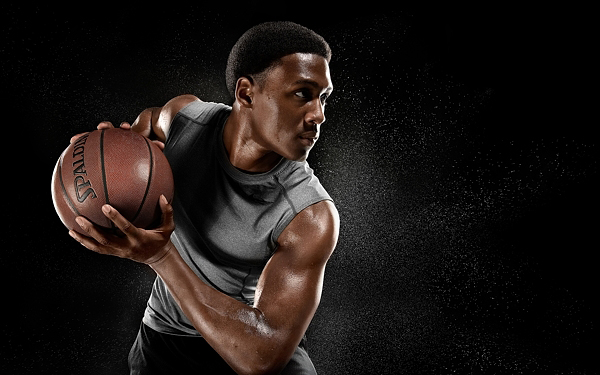 Now I know that a lot of photographers are touchy about showing their RAW files to the public, but I want this blog to teach, so here it is: 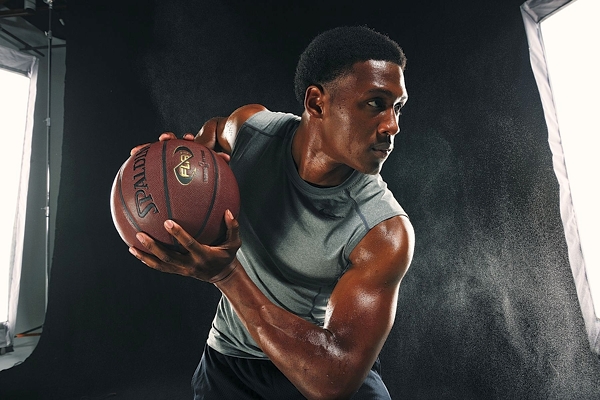 The spray was originally for texture, but over the progression of the campaign it was decided that smoke would be better, and it the transition was made. It was felt that if we could get a strong shot out of camera, then the authenticity of the image and sport would convey better. All to often the "hyper real" style seeps into sports campaigns and we get this very action driven image that consists of 40 photos composited together and called a photograph with it should be called a collage. The sheer number of pieces in this campaign would have meant years and millions spent on the retouching alone, so realism and action we be done the old fashion way, lighting and timing.

For the shoot we knew that action would need to be frozen and crispness would need to exist over the entire field of focus. This meant shooting the Nikon D3x with the Nikkor 24-70 f/2.8G closed down to around f/16 - 22 at ISO 100. With the power needed to achieve this, the only option that exists are Profoto 8A packs. The flash duration and recycle times make my life easy as I do not have to worry much about motion blur even with water spray or sweat droplets. Because I was renting equipment I didn't have to concern myself with the hassle of dragging packs and light modifiers around the country with me, which means I was able to travel light with only my camera, lens and triggers in a Lowepro x100 roller bag. Whenever possible I like to travel light as it reduces my stress and makes moving in and out of airports a lot faster and easier.

As I said early, we had a crew of people that made this one possible, I wish I could write the list down, but I fear way too much chance of forgetting people. So instead, please enjoy some behind the scenes pics (shot by my assistant Dan) of us all making these four shots possible and stay tuned as we will be releasing the first series of pro athletes in the coming weeks. 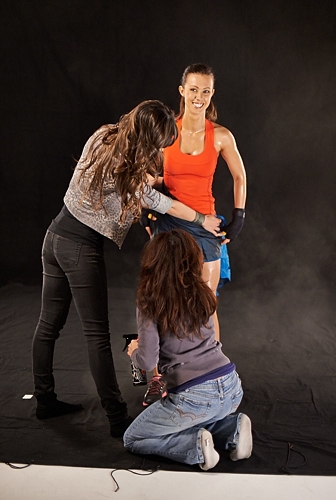 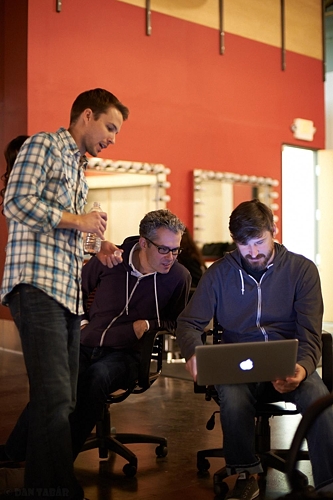 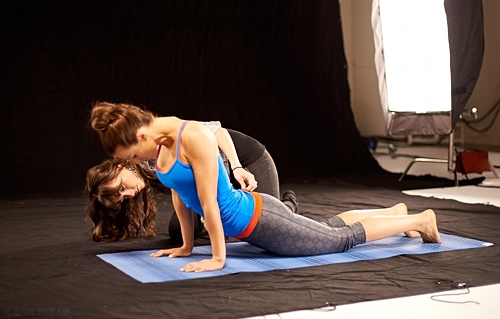 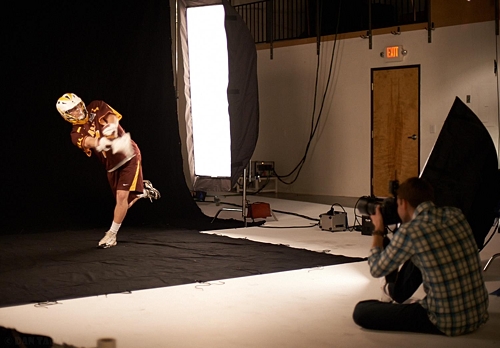 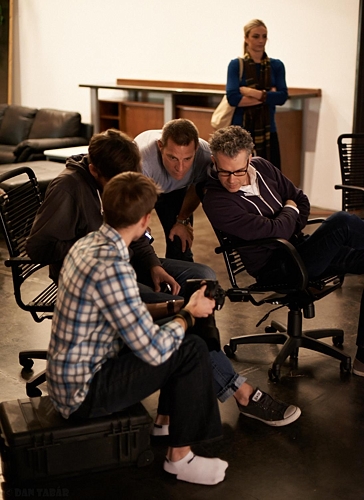 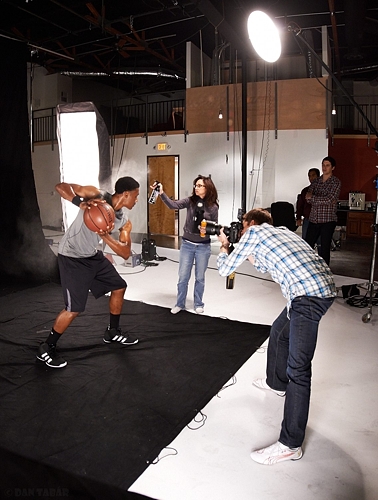 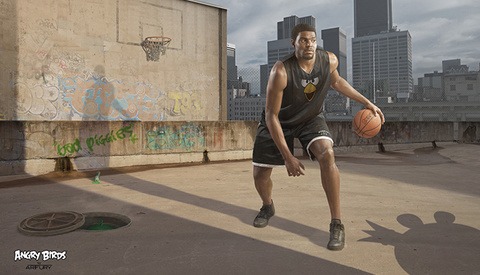 Awesome stuff! Thanks for sharing!

Only really information driven post on here in a while. Give this a guy a promotion!!!!

Yep... THIS is the sort of article we should be getting regularly...

Love it! And love Lauren. She is a quality model! You did such an incredible job with this campaign (and the story!) way to go!

Fantastic writeup, B! it was an honor and a privilege to assist and also have my better half Tiffany Tank do the wardrobe. You ran this production like a bawss and made it really fun and productive for everyone involved

One of the better BTS I've seen on here in awhile. Very informative content! Great shots and AD campaign.

Great set and write up Blair! What is the spray bottle that is being used to get that texture? I have been trying to figure out how to get a gritty texture like that without photoshop.

THIS is why I originally read F-Stoppers

Could I ask why you didnt shoot using a tripod? Just all the effort to get it super sharp to then hand hold ? Great informations thanks dude!

I would assume that flash duration (8a's can be as quick as 1/12,000 of a second) would be the determining factor for how crisp the images were. At f/16 - f/22 ambient is none-existent in the studio, Blair probably could have been jumping with the camera and with quick enough flash duration the images would still be sharp.

what happened to the smoke used as I dint see them in the ones in the beginning? would like to have seen the effect of the smoke used.

I agree. Real photography is done in-camera. The folks that leave light sources (especially if they're un-flagged and flaring the camera) in the original shot are beginners or hacks.