Perhaps the most remarkable feature in the B1 Off-Camera Flash is that it is cordless. With a battery pack equipped within the unit itself allowing up to 220 full power flashes (with removable battery), the B1 looks to appeal to the highly mobile photographer. It also includes some incredible features like TTL built into the unit itself, allowing you to use your camera’s settings to decide on the power of the unit (with the use of their Air Remote TTL). The unit also packs 500w/s, which is more than enough power to meet your needs.

They also boast the speed of the unit. With up to 20 flashes per second (at low power) and a recycle rate under 2 seconds for full power, the B1 will be able to offer a great alternative to those using speedlights as off camera flash units. You can of course also expect to see all the great features contained in a standard Profoto light, with their zooming head, and mounting system that works for all current ProfotoUSA lights. 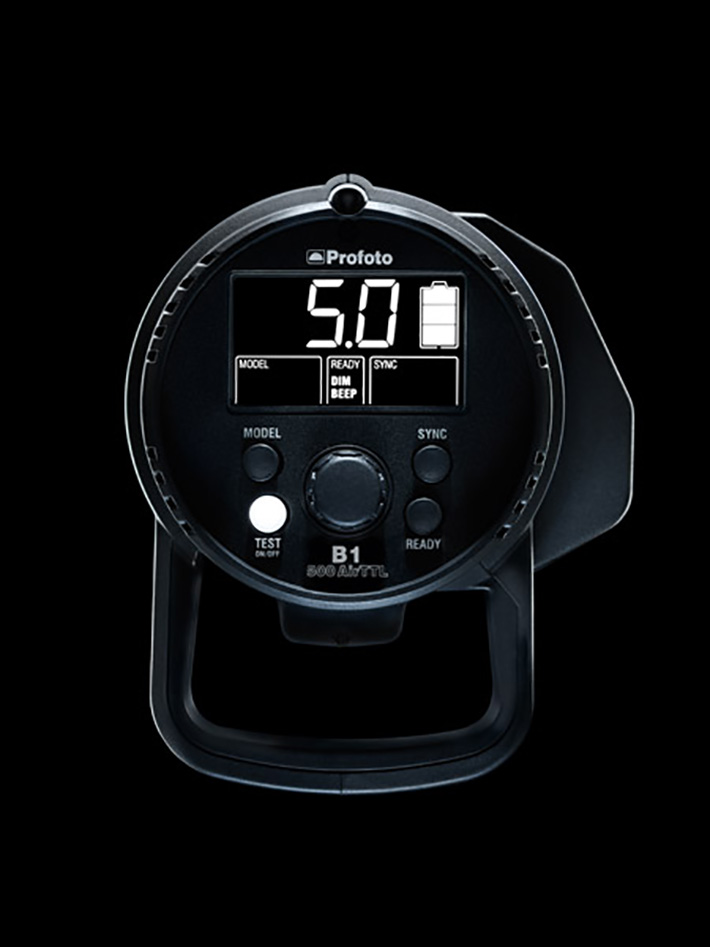 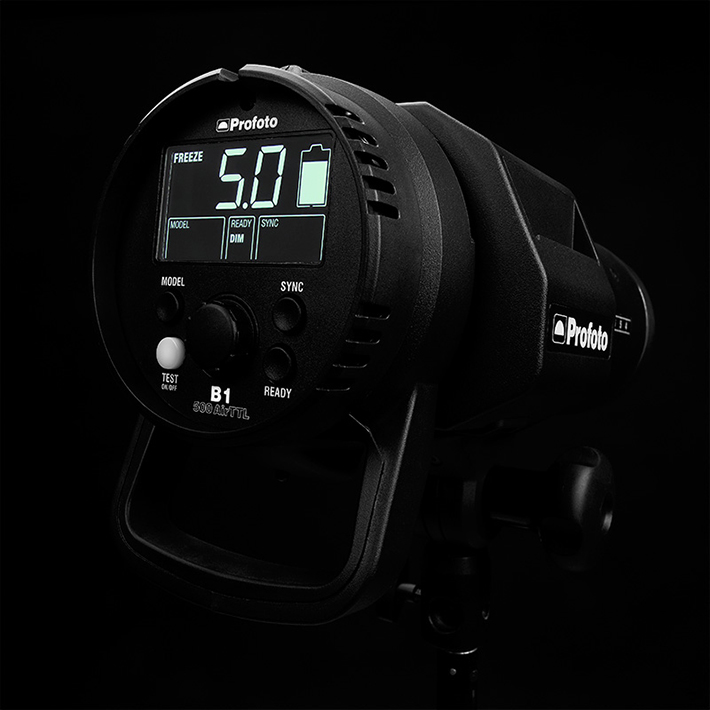 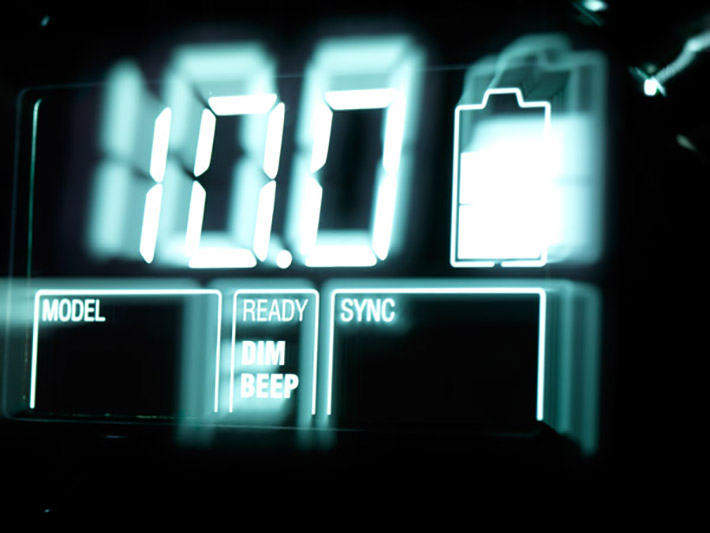 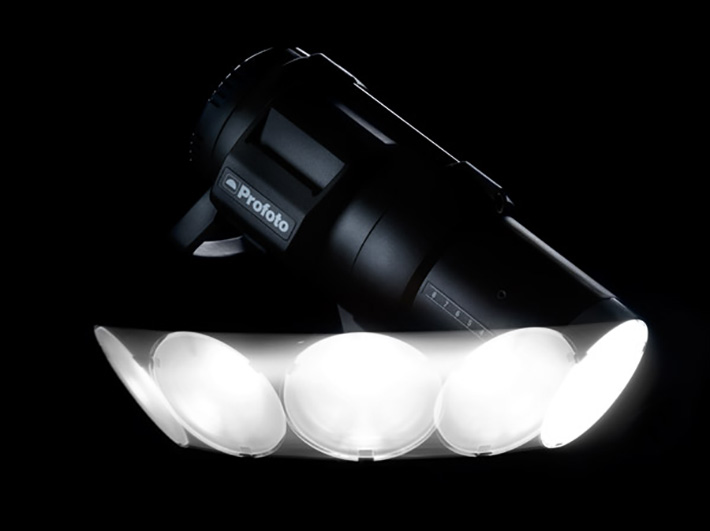 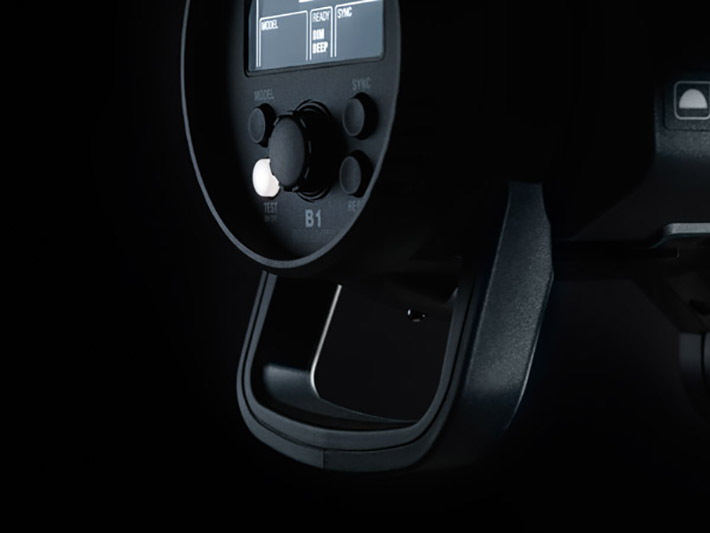 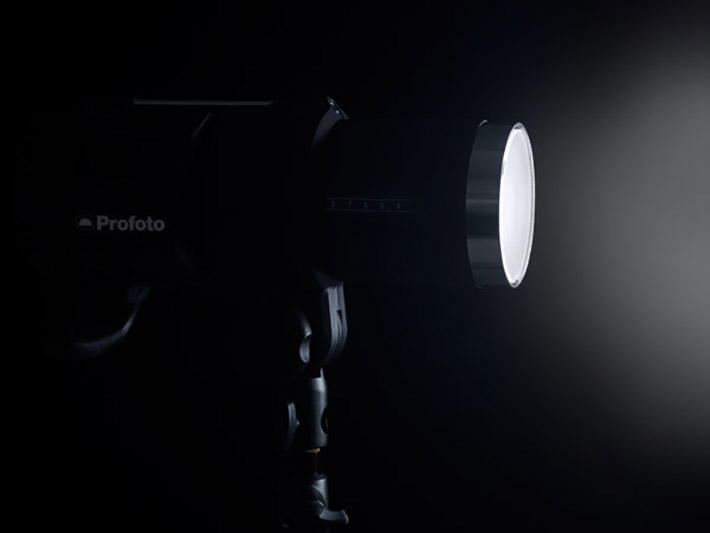 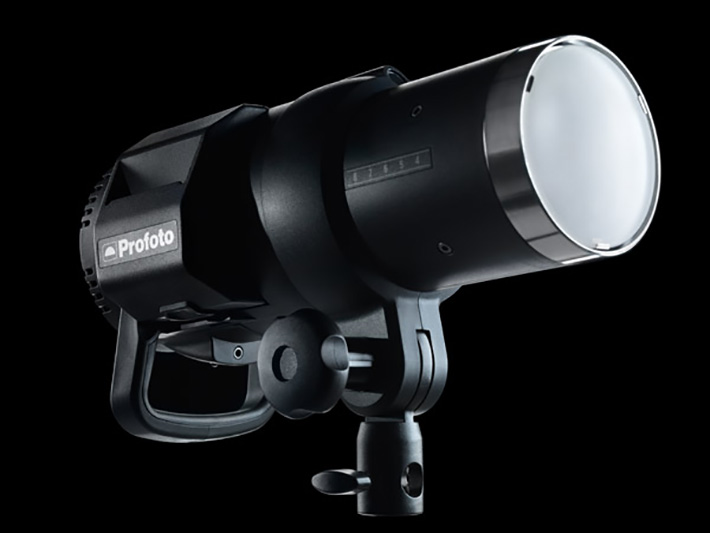 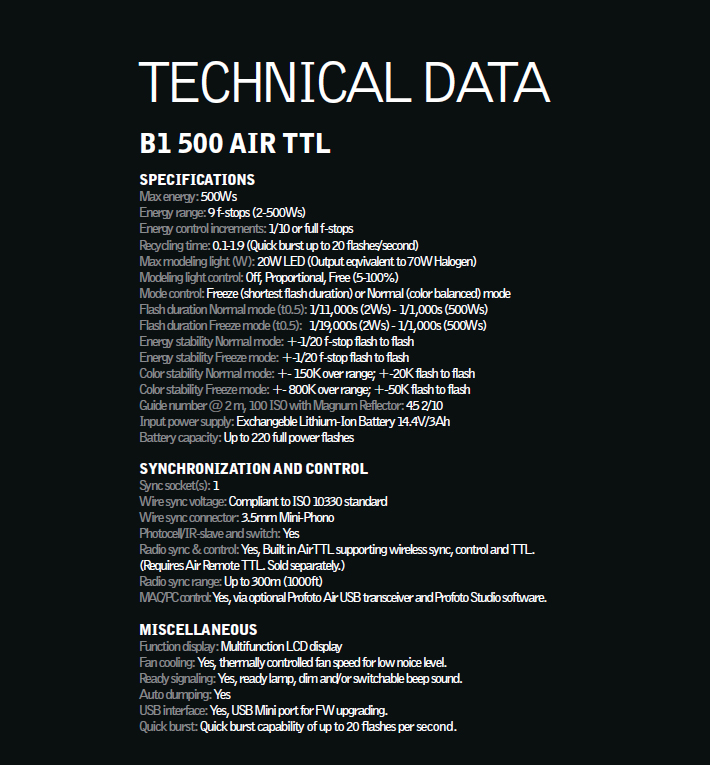 As for right now, Profoto has announced that this light is available as soon as it reaches stores, but no price point has been officially announced.  We'll keep you updated for when ProfotoUSA releases more information. 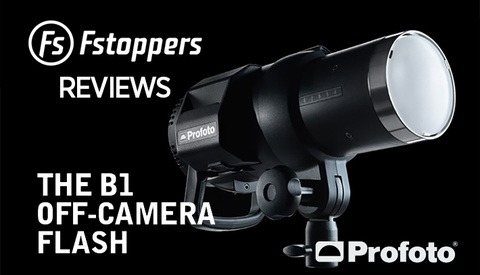 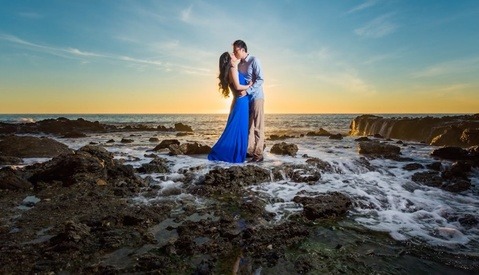 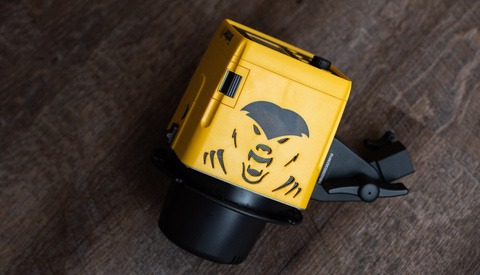 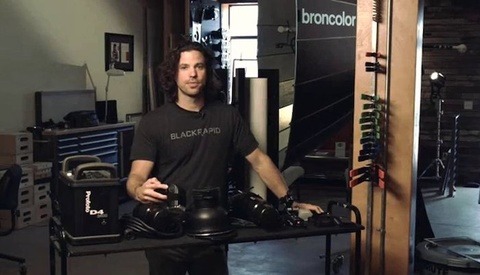 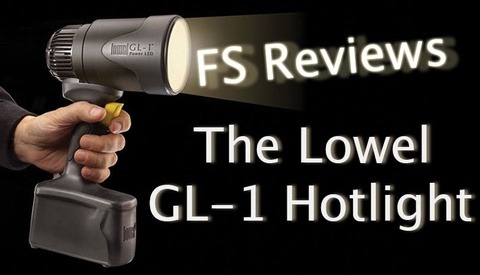 Hot Light / July 30, 2013
FS Review: How Lowel's GL-1 Hotlight Has Become An Integral Part Of My Lighting Kit
Log in or register to post comments
106 Comments

Screw the Nikon Df, this is true innovation here!

If this is under $3k, I know what I'll be investing in. Will make shooting on the streets of NYC far easier.

Those B1 look very much like Priolite's strobes. However, the addition of TTL is quite interesting. Might think about selling my Ranger RX and not buying a Quadra but one or two B1 instead.

This is the ultimate wedding photographers monolight. I can't wait.

I spoke too soon, these can't plug in to AC power at all :(

Do you really need to? Personally, I would just use these for portraits and carry an extra battery pack or two. That will give you 660 full-power and realistically double that flashes. Should be enough for any wedding I would think.

I think it still could be the ultimate wedding photographer's light because ask yourself: "How often am I using a 500ws light at full power for (groups, reception, etc.)?" ... Meaning, how many shots are you using 1/1? Not many, I'm sure.

I rarely have had to go over 1/4 on a 580EX II for a typical reception and still had plenty of juice at the end of the night with just 4-AA batteries.

All that being said, it would be nice to have an AC option.

Give Profoto a few months and they'll have $300+ dollar clip on AC power adapter (it'll clip on where a battery normally clips on).

But can it do High Speed Sync?

Not at this time.

Now THIS is what I'm talking about!

WANT. The only disappointment is the t.05 duration, but everything else it awesome.
Just gotta see the price.

I 've already played with them, these things are cool!

Can this thing also work on AC power? I hope so

The price do makes up for this!

I was just thinking that.....90 mins of modeling light isn't enough for my interviews! Why wouldn't they put an AC cord input just so you could have that option?

Yeah.. if you professional who has the 2k - 6k to spend on lights. From the comments I'm reading from all the pro photogs here, this probably isn't a viable solution for big shoots and the price point is too high for the amateur photographer. I could see myself paying up to 1000 for a great light unit, but think I'm just going to stick with my current set up.

Yeah.. if the photographer has the 2k - 6k to spend on lights. From
the comments I'm reading from all the pro photogs here, this probably
isn't a viable solution for big shoots and the price point is too high
for the amateur photographer. I could see myself paying up to 1000 for a
great light unit, but think I'm just going to stick with my current set
up.

How do you recharge it ? Surely you can't just charge it while shooting with it? So it draws from the battery but it's charging at the same time.

You put the charger directly into the battery. When the battery is in the unit, the port is covered.

Shouldn't take too long for some 3rd party to spec up an AC/DC converter that matches the shape of the battery/contacts.

Forget the TTL, with AC power they would be PERFECT! I'd be SOL if I were on a 12hr shoot and the lights ran out of juice. Even if I had 2 backup batteries that would be *only* 660 full power shots for 1 light.... sigh

"Adding AC power would only have made them bigger and more expensive" was the answer i got when i asked about AC options. If you don't need TTL there is still the B3 1200.

that makes no sense ...profoto .. smh

There is a charger that recharge in 1 hour. So if you have 3 batteries and shoots more than 440 full-power shots in less then 1 hour, you're screwed!

I have so much envy for you right now

I've been using the Einsteins for location work because they are so cheap I'm not worried if I break them. But this looks incredible! The Air 1 remote is great and this will make my assistant's life way easier (no heavy battery packs and no more yelling at them to go up or down in power).

Yes, there are tons of portable/battery powered options, including the Profoto AcuteB 600, which I own. However, none of those options are TTL. This is innovation I've been waiting 10 years for.

Patrick- Stop yelling at your assistant.
Keep the Einsteins. Use a PW Flex with the AC3 and MC2's on your Einsteins.
I just saved you at least $1800 per light (assuming you're using 3 Einsteins).
You can repay me by continuing to producing an awesome website.

i think this can be labeled as a "game changer." easy, portable power like this. hopefully it's at a decent price point.

It's a strobe with a built in battery pack. How is that exactly a "game changer"?

It is a strobe with 500 watt with a build in battery pack AND TTL!!! The TTL part is the game changer

I have Alien Bee 1600s with equivalent power, and a Vagabond battery pack that clips on to the lightstand and gives me twice as many flashes. The only thing I don't have is TTL. Come now - most of us can get a useful starting exposure from our heads and play from there - the whole point of off-camera lighting is for creative effects, not 'perfect exposure', because 'perfect exposure' is often boring. If you are 'running and gunning' or working a wedding, I can see how TTL may be important, but for other commercial work, it just escapes me why TTL is called a game changer by people in the business. Can someone explain?

Yeah, but you have the Vagabond pack a cable and the Alien Bee 1600. I'm not saying that I will buy the Profotos. I simply don't have the money but I still see the usefullness. They are smallish (at least smaller than an Alien Bee 1600 and a Vagabond), they are rugged (more rugged than an Alienbee and a Vagabond. They have a consistence light temperature (Profoto......) or you can fire them in a highspeed mode. They have a reload time that is INSANE! The flash duration of up to 1/19,000 sec. The batteries can be recharged in a time frame between 60 minutes and 2 hours....AND they have TTL for those times when you really need it. As I said I'm not working for Profoto and I can't afford them but if I could......These things are amazing. And now that there is a strobe with TTL out there you will see cheaper brands doing the same. Who knows in 5 years......

i think this can be labeled as a "game changer." easy, portable power like this. hopefully it's at a decent price point...

I hope other companies follow suit and create their own versions of this but at a lower, consumer friendly price.

I see the flash duration gets shorter as power decreases. I wonder if they stole a page out of Paul C Buff's Einstein using IGBT

Eek this is exciting!!! i wonder if it'd replace my Ranger Quadras

Ben you know it will! LOL Battery Powered!! NO MORE CORDS! :)

is this the one that you said would be revolutionary? you might be right. price?

This will be my first Profoto(s)! :D
Hopefully they make a DC add-on module.

I wonder if it's worth the change from the Acute B2 600 AirS System. Any thoughts?

I have the b2 air system. I can't find a reason to change. The B1's are heavy like the D1 units - 3KG odd which is a big turnoff for me. Same with the recessed bulb design which doesn't make full use of a beauty dish (although you can get a dome for the d1)

I haven't used TTL in literally years. Maybe a b1 for an additional light. I assume the existing air system is compatible with the new B1?