Has Adobe finally caught up to Final Cut Pro X?

Jason Vong was testing the latest MacBook Pro when he saw an obvious issue with Premiere Pro. It was struggling to keep up with the same timeline on a Windows laptop, and even Final Cut Pro X. This has been a problem for years now and the lack of optimization has caused users to switch to FCPX for the speed boost.

However, halfway through testing, Vong noticed that Adobe had released a new update for Premiere (12.1.2). Sure enough, it works like a charm! This is a wonderful comparison because not only is he comparing the previous version of Premiere Pro to the update, but he’s also testing it alongside two Alienware laptops. It means that we have a sense of how bad it was before the update.

The release notes for the update explains that “hardware-accelerated H.264 and HEVC decoding on MacBook Pro and iMac Pro machines with macOS 10.13 will see performance improvements. For Windows 10 users who have a “seventh generation (or later) Intel Core processors and Intel Graphics enabled” can expect to see a difference too.

As far as other codecs go, both RED and Sony RAW/X-OCN ought to cause less issues. Unfortunately Canon’s Raw Lite from the C200 isn’t included here, although I’ve personally not had huge problems with it.

I’m really relieved to see Adobe getting more out of Premiere Pro on macOS. It paves a future with competition in the market, and means that users like me (who like Adobe’s ecosystem) don’t need to look elsewhere. Of course there’s still eGPU support and a few other items that I’ll be holding out for soon. 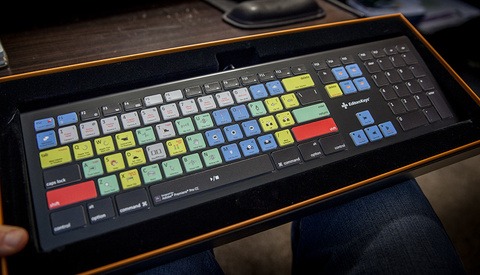 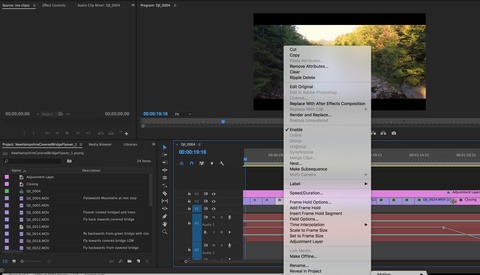 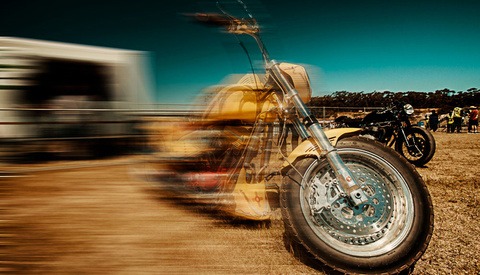 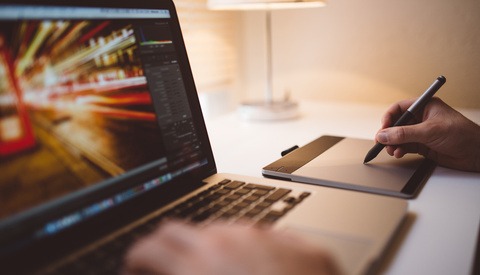 Man I hope I see improvements. Adobe products are getting annoying to use.

I updated, had serious issues with lumetri color crashing and then went back where I have stayed. Rule for adobe, after an update, just wait 5 years for all the bugs to be fixed. I think the only testing they do is to ask everyone there what they think of the new start screen picture.

"new start screen picture" haha. Its getting to the point that I might just have to ditch the whole Adobe ecosystem.

I just looked for an update and apparently I've been up to date. Think its time to get rid of Premier.

An ever increasing number of people are. Feel free to follow. The continuous, desperate little patches like this aren't going to change that.

In other words, if you're working with anything OTHER than crappy, highly compressed long GOP footage: don't bother. Same ol' same ol'. I.e. still LIGHTYEARS away from FCP or even Resolve. Sad.

"It paves a future with competition in the market"

Er, yeah. Suuuuuure. Wow. Talk about a blind fanboy. Ouch. Their relentless, feeble patchwork of apps all riddled with tiny bandaids all on top of each other is making it increasingly easier for the competition… very true!

Anyone desperate, indoctrinated and narrow-minded enough to fall for Adobe's pathetic Ponzi scheme for the line of increasingly inferior products can only be pitied to no end. You clearly need to get out more. But hey, if you're REALLY LUCKY, that FCP X ripoff "Project Rush" may actually catch up in 3-5 years!! … even if FCP and others will STILL be 10 years ahead, but at least you can still tell yourself you're somehow clever and more "pro" for staying with Adobe! You just keep reading those crash logs!! 🤣

Nice try at making light of a factually crappy and hopeless situation. Ironically, if Adobe doesn't effectively do exactly what APPLE did with FCP in 2011 (because they're not stupid), but with nearly their ENTIRE line of apps, which they could never afford to do, then they'll just plain get F***ED by the ever growing and vastly superior competition sooner than later. I doubt it will take much longer for even the most clueless of zealots to just ship. Mark my words.

And you might want to get your complete MESS of a comment section fixed. The constant nonsensical AJAX error messages with each and every post are embarrassing. But I guess fits well with the quality of the articles here… 😏