A Missed Opportunity or the Dawn of a New Age? Nikon's NX MobileAir App

Transferring images from the camera to the customer is a complex process that — depending upon your genre — will require a greater or lesser number of intermediate steps. Irrespective of who you are delivering to, you need to get photos off your camera, and this is where the fun and games start. Nikon has released NX MobileAir as another solution to fix the problem. Has it missed a beat or taken a bold step forward?

I've recently talked about the problems of transferring your images to a smartphone and the pain that wireless connections can induce. Nikon's answer was similar to every other manufacturer: set up a WiFi connection (in this case, aided by Bluetooth) and then either remote control or transfer images from your camera. It works, sort of, with all the caveats I've already talked about, such as establishing the connection, dropped transfers, and slow speeds. Other times, though, it can be a time-saver that is just what you want when you want it.

My preference is to avoid half-baked solutions and go for something that just works, and there is no better area for testing throughput and reliability than with journalists. They can heap pile upon pile of abuse onto whatever camera or system a manufacturer might devise and find the weak spot. In fact, not only find it but exploit it to the point that it is a gaping hole that everything falls through.

My earlier article outlined the benefits of moving to a wired connection in terms of speed and reliability, but what you obviously can't do is real-time transfer because you have to take the card out of the camera! This brings us to the recent announcement by Nikon of NX MobileAir, a tethered solution for image transfer targeted squarely at professional (sports?) journalists. It makes you wonder if this was a solution trialed at the Tokyo Olympics to tempt testers to the Z9; whichever way you look at it, it is refreshing to see a manufacturer come up with a solution that is more reliable and robust. And perhaps it's also an implicit acceptance that WiFi is just not up to the job for anything other than the occasional transfer. 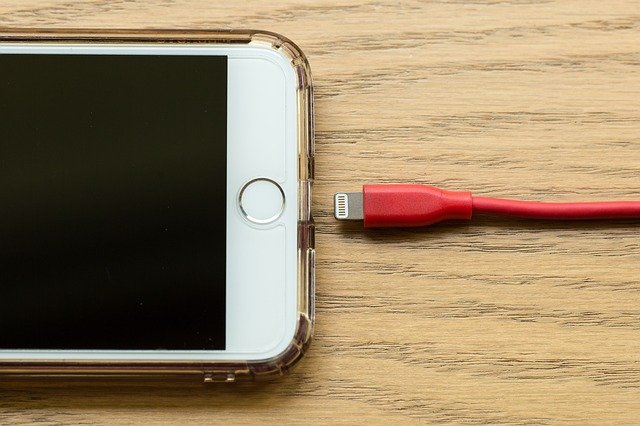 So, what is MobileAir? While it might have the ring of a new Nike smartphone to it, it is perhaps easiest to describe it as Photo Mechanic for your smartphone. If you missed my in-depth review of Photo Mechanic, then check that out first. So, yes, Nikon wants you to eschew the laptop (not a bad thing in itself if you are a hard-pressed sports photographer with a large case of lenses) and rely solely on the smartphone. OK, so MobileAir is not going to be as fully featured as Photo Mechanic or indeed have such a long legacy of impressive automation features used by serious photojournalists, but as a first step, it appears to be making a good stab at getting the job done.

So, what does it do? Well, it's not in the wild yet, so we have to go on the press release which suggests that the MobileAir app will connect to your camera once plugged in and maintain a catalog of images to which you can add IPTC metadata (including via speech-to-text), as well as voice notes. You can also crop and rotate, although there is no mention of star or color rating, which I would have expected to see. You can do this individually or in batches and then upload them to your FTP server. While Nikon states that this is intended for when WiFi is not available (and presumably your laptop won't work), I assume it will also work over WiFi. Nikon notes:

Images can be automatically uploaded without ever touching your smartphone.

This suggests that the catalog will reside on your phone, but all the images stay on camera and when you run an upload, all of the processing (tagging, cropping, rotating) subsequently takes place. One would also hope there is some flexibility in the image output format settings.

So what's the catch? Firstly, the pricing for what — I think — is Nikon's first subscription app. Charging is based upon the number of catalogs (or albums) you have; the first one is on the house (as long as there are less than 999 images), and thereafter, it's $4.99 a month. This at least makes the app available to any user, though it's targeted at big shooting photojournalists who have complex tagging and upload requirements, although I could potentially see wedding photographers falling into a similar (volume) camp. It would be churlish to turn your nose up at $4.99 a month, as it's not a lot of money, though it rather grates the nerves when its functionality is somewhat limited. More than that, it feels like the start of a new monetization model for Nikon. I'm tired of the number of subscriptions I have to pay, and one more starts to stick in the throat.

Secondly, MobileAir requires a new(ish) camera in the form of the Z 9, Z 7II, Z 6II, Z 50, D6, or D5, unless you are on iOS, in which case you need a Z 9, which might be a little tricky for the time being. It also requires a firmware update to add the requisite functionality to the camera, although exactly what is this remains to be seen. With the D5 supported, it's clear that much older models could use MobileAir. The D5 uses the same connector as my aging D800, a USB 3.0 Micro-B, which makes me wonder what is going on behind the scenes and whether the firmware update is little more than a handshake that turns "on" a camera. More transparency would allay (or confirm) whether there is a strategy of built-in redundancy to older camera models or whether there is something cleverer going on with Nikon using the camera image processor to apply all the edits stored in the catalog. If that were the case, then there is the potential for blazingly fast image processing and transfer. Is there a minimum specification for cameras to meet the bar?

Finally, it serves a niche. I love the notion of cabled image upload with some cataloging along the way, but this seems to be purely for FTP upload rather than transfer to your smartphone. Nikon, please go the whole hog and add support for other cloud storage solutions, transfer to the smartphone, and also expand the editing functionality of the app (at least a little).

The implication from the product notes is that the raw files never leave the camera, but are they being edited on the fly in-camera or on-phone? Possibly the former, which is innovative, although that may run the risk of card corruption. Again, clarity would help here, but if the camera is reading the image, editing it in memory, and then transferring it, the potential is tremendous. Fuji has dabbled in using the onboard raw processor with PC software before, but using it via a smartphone, as far as I'm aware, is new. I've been pushing for camera manufacturers to integrate the camera with the smartphone, and MobileAir is potentially a demonstrator of what can be achieved. Regardless of whether MobileAir operates in this way, there is an opportunity for closer integration with relatively small changes to the firmware. Is this a new paradigm in image processing on the fly? Who knows, but this is a potentially exciting turning point. Could manufacturers integrate new image-processing algorithms in-camera, possibly via a plugin model? Could the smartphone side of the processing engine integrate new algorithms allowing you to daisy chain operations with some camera side and some smartphone side?

Let's hope for the best from MobileAir. 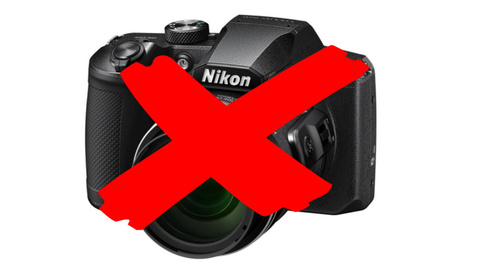 Business / September 18, 2021
The Nikon Coolpix B600: Everything You Need to Know About the Camera Market In One Camera

Gear / July 6, 2021
Why Does the Nikon Z fc Have an APS-C Sensor?
Log in or register to post comments
7 Comments

Why is it that so many camera's wireless connection is spotty when products like the camranger can do it reliably?

Not sure why Canon or Nikon did not release this early even for DSLR. Sony Imaging Edge and Transfer and Tag have been very useful as a mobile Photomechanic. Sad that these companies tout how speedy their cameras are for photographers with deadlines every minute yet offer no solution to get the images off the card as fast as possible and allow them to caption and ftp. Again sony, as with mirrorless, leads the charge and I hope Nikon continues to copy Sony's innovations. Hopefully Sony will allow iPhones to directly connect to the A1 or A9ii/iii. I hate having to set up the connection every time I want to FTP a batch of images even on fast A1 5ghz connection on Iphone 12 Pro Max.

Since many years cheap devices as cheap Android devices have been using wifi Direct very reliably and transferring files VERY fast. Myself use in our family (all Samsung Smartphones) that function a lot and works flawlessly.

I had or tried many Lumix / Sony cameras and no luck transferring files: very SLOW and unreliable connections.

I just shot a college football game last Saturday night and it occurred to me that if I could just double tap an image while I was chimping the LCD screen on the back of my camera, and a low to medium resolution image could be sent to my iPhone, that would be awesome.

So glad to see this coming through. Some years ago I tried to get metadata annotation incorporated into the photography capture process but was unable to make the case, and now its here, fantastic. Hope I get to use it.