Shooting speeding boats at dusk from a chase boat with a camera on a stabilizer is the norm for Richard Steinberger, a maritime photographer based out of Denver, Colorado. For a recent advertising campaign with Boston Whaler boats, Steinberger worked in tandem with a video production unit and shared the challenges of working on location, keeping the cameras dry and coming away with compelling advertising imagery.

“You know, those shoots are always challenging because there are so many different components that come into play,” said Steinberger.  “When working side by side with a video crew, it's crucial that everybody gets along. There can’t be prima donnas on a shoot like that; everybody has to leave their ego at home. We are all hired to do a job, and of course you have to share your time with the other guys, but when you’re respectful and play nicely in the sandbox together, you’ll find you can get it done regardless. The key is to help each other get that job done, no matter what.” 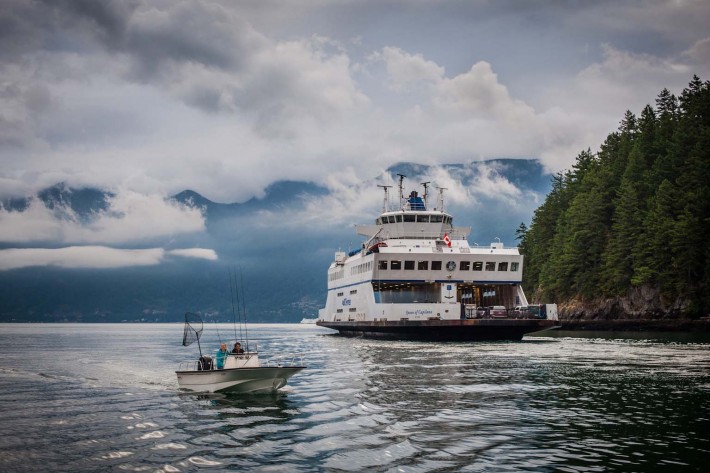 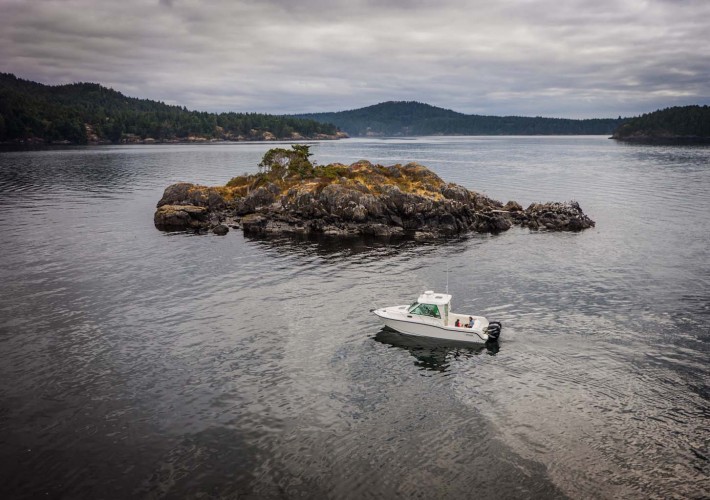 Mark Rackley Productions and Uptown Productions are frequent collaborators of Steinberger’s and the ability to adapt and play to each other’s strengths is something they’ve forged over numerous shoots. More time on the water ultimately has led to more finesse when sharing the often restrictive shooting space on a moving chase boat or helicopter door.

“The other challenge is that you have to compartmentalize,” said Steinberger. “On marine shoots in the middle of summer, the days are very long. We may get up at 4 a.m. and be on the water until after sunset. By the time you take care of gear, backups, food and a shower, you may not get into bed till after 11 p.m. And then you have to go do it all over again the next day and the day after that… so regardless of how tired you are, how much pressure you're under to deliver, or what’s happening in your private life, you have to put all of that away and simply deliver your best.” 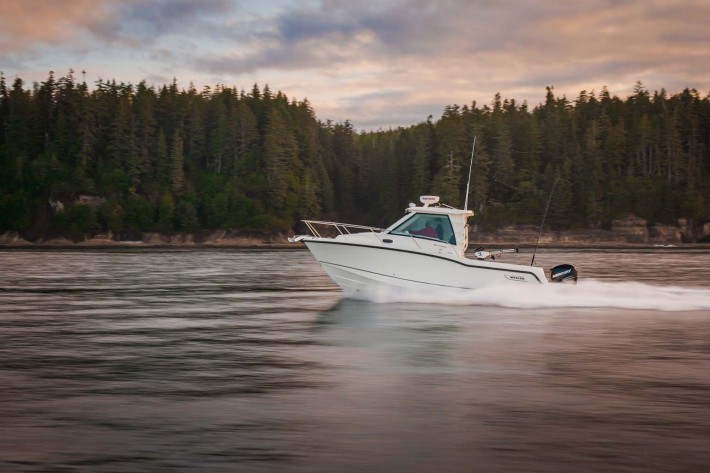 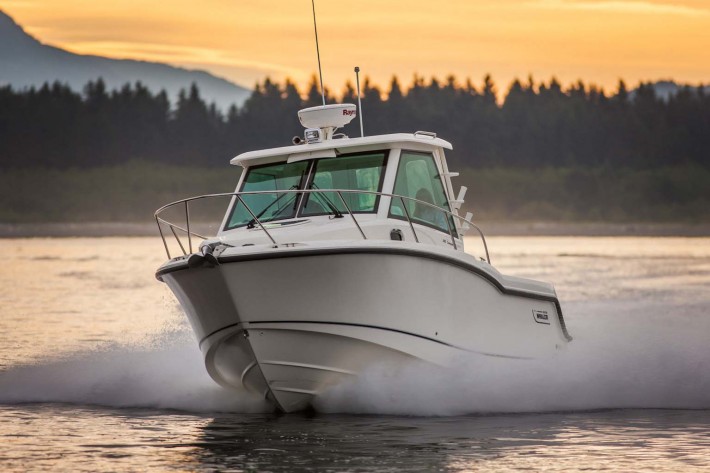 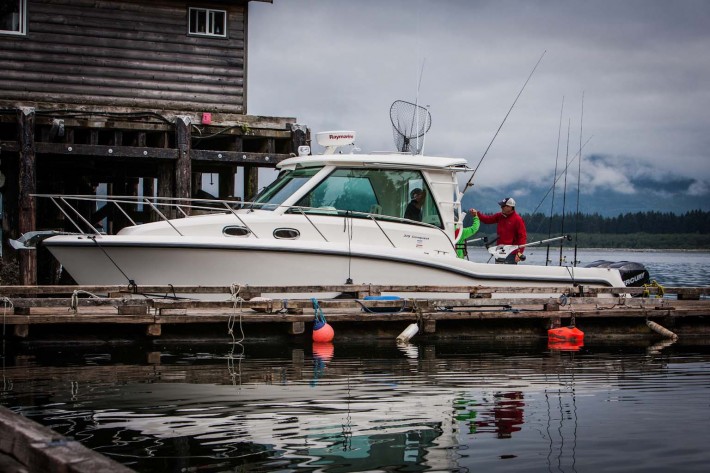 Another component, though less obvious, is keeping the atmosphere enjoyable for all parties including the client. Many of them rarely get out of the office so the opportunity to visit the set is a relief from the daily grind.

“Your job is to deliver images, yes, but it's also to create a positive, creative, fun and collaborative environment on location,” he said.

Steinberger broke into the maritime niche after graduating from the photography program at Daytona State College and spending three years in Orlando assisting a world-class marine photographer. Breaking out on his own in 2002, he relocated to Sturgeon Bay, Wisconsin and started with small marine jobs that over time grew into a robust client base. He relocated to Denver in 2011 and now shoots for some of the top boating brands including Bayliner Boats, Boston Whaler, Meridian Yachts and Sea Ray Yachts.

The progression to the top level in the industry was not a simple ascent and required some significant adaption. Clients wanted to show more than just the boats as an engineering marvel out in the natural world but the lifestyle of boater recreation.

“In the last couple of years, my clients wanted to incorporate a lot more lifestyle photography into our photo shoots and not have the emphasis only on the product,” he said. “In response, I’ve expanded my horizon by attending workshops and watching videos and reading books to sharpen my fashion-type portraiture skills.”

Capturing crisp images of racing boats isn’t as simple as ramping up the shutter speed and using a high frame rate. Boats actually look their best when they are shot at a low shutter speed so they need to look crisp yet convey that they are in motion.

“There are many factors that have to come together to get a great shot,” said Steinberger. “Not only is great light essential, but you have to consider the speed and direction the boat is running, whether there is too much water spray, whether the wind is messing up the hair of the talent, and so on. And if you're shooting boat-to-boat, you have to time your shots, because both boats will be constantly moving.” 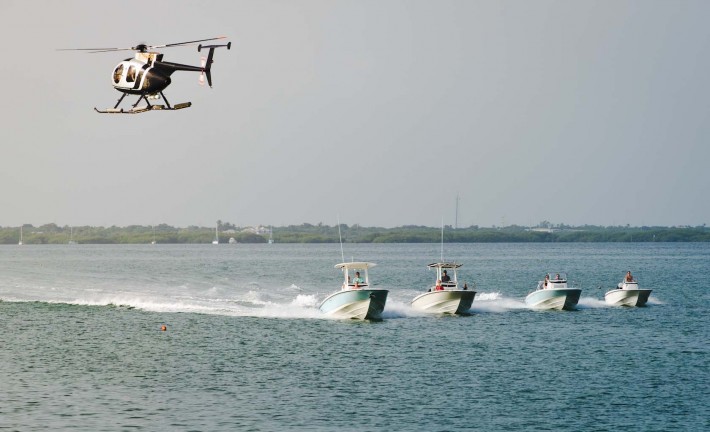 You have to shoot a lot of frames to have a high success rate and often Richard is opting for slow shutter speeds like 1/15th or 1/30th whether he is shooting from a chase boat or out of a helicopter. He shoots a Canon 1ds Mark III and 1DX as they “are rugged, have a high frame rate and have proven themselves in extreme situations.” The most critical piece of gear is the KS-6 stabilization gyro made by Kenyon Laboratories. Attaching underneath the camera, the K6 greatly reduces the high-frequency vibrations that photographers encounter when shooting out of a helicopter. 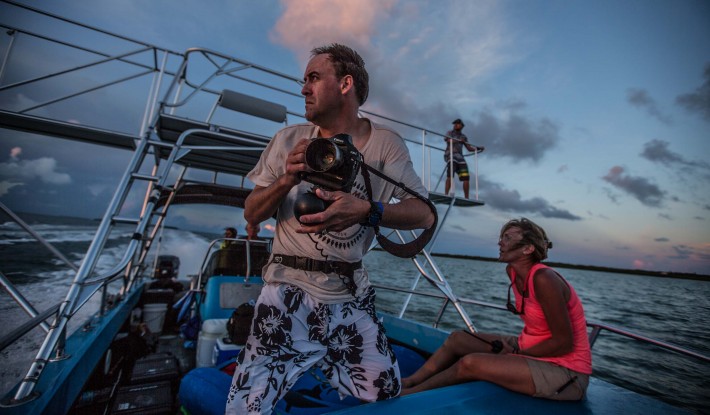 Richard Steinberger on location in Florida with the K-6 Stabilization Gyro.

Like all great photographers, Richard Steinberger flexes his creative skills outside of his commercial work by engaging in personal work. For the past three years he and his wife, who is a professional writer, have collaborated with photographer Matt Normann on the creation of a fine art photography book showcasing the Cheyenne River Sioux Reservation in South Dakota.

“Sometimes you have to go back and remember why you picked up a camera in the first place,” said Steinberger. “Yes, shooting ad campaigns can definitely be fun and rewarding, but shooting a personal project like this does more for you because it feeds your soul. Bringing food to the table is important, but sometimes it’s worthwhile to be part of something that is so much bigger than that.”

For more information on Richard’s book project, you can view samples here and order your copy via this Kickstarter link.

All images and video are posted here with permission of the photographer and videographers.

nice. thanks for sharing...

What camera did he have on the DJI phantom, cause It didn't look like a gopro.

it looked odd for some reason, what type of gimboal do you have on it.

he was using the stock DJI Zenmuse H3-2D