Earlier this week Mass. Attorney General, Martha Coakley, filed a consumer fraud lawsuit against a Millbury, Massachusetts videography studio for allegedly scamming several newlyweds out nearly $75,000 worth of wedding videography services and precious memories. The company, Sure Shot Videography is accused of taking newlyweds' deposits and either not showing up to the wedding or for never delivering the final product videos.

“A wedding day is one of the happiest days in a person’s life, yet sadly, we allege that SureShot took advantage of dozens of newlyweds, robbing them of thousands of dollars and priceless memories. We are working to recover the videos and money lost by these couples, and to prevent this from happening again.” - Martha Coakley

Coakley is looking to retrieve the money back and any footage that might still be in possession of the company. SureShot Videography also goes by the names of Magnolia Wedding Films, InFocus Wedding Films, Biltmore Films and SureShot Portraits (seen below) and is ran by Jesse J. Clark along with his wife, Veronica, and employee Keith Morin. 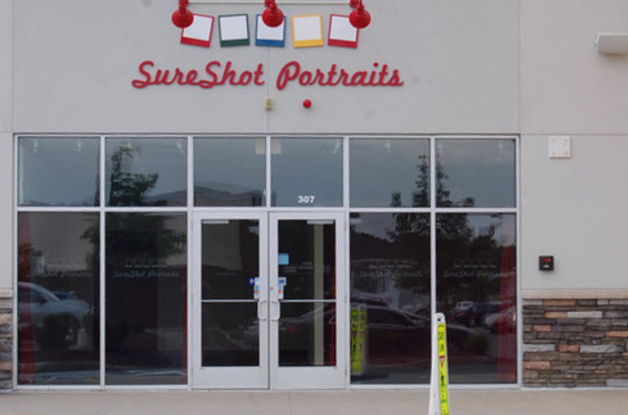 Jesse Clark had numerous excuses for not turning in the completed videos including a power surge caused by Hurricane Irene, a shorted out harddrive and even blaming a backorder of DVD cases. The victims of the wedding scandal have rallied together for support and to help find other people who might have lost what should have been preserved memories from their precious wedding day on their Facebook page, RunJesseRun. You can also go to The Knot.com and see the long list of victim complaints HERE. 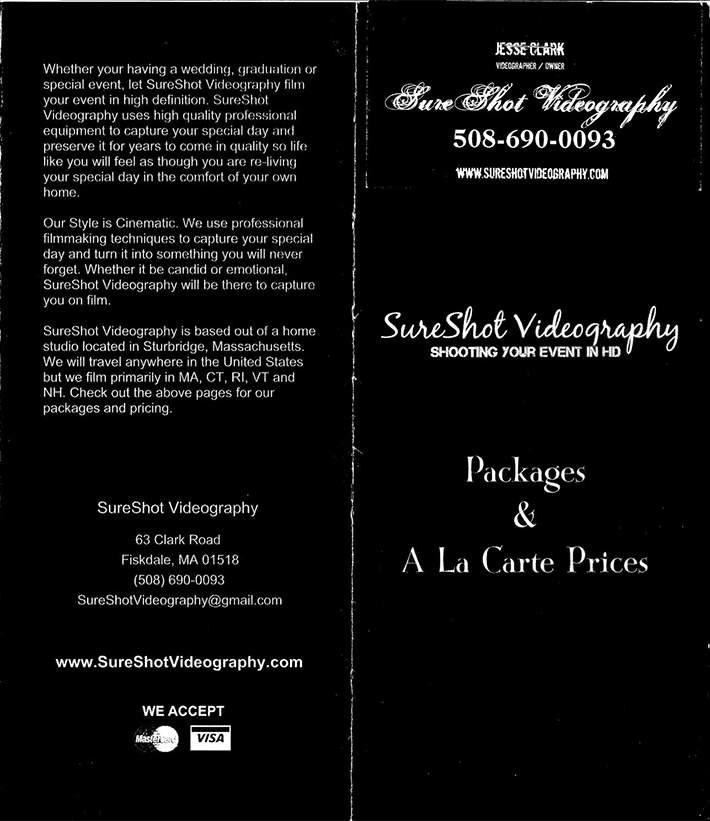 I'm pretty sure that part of owning a wedding photography or videography business is actually giving clients the finished product. Do you think that just recovering the amount paid for the deposit is enough, or do you think that the Attorney General should also be seeking other damages, as well? Let's hope that this is resolved for the victims and that the RAW footage can be recovered for them so that a proper videographer can edit their dream wedding video. If you know anyone that has been affected by any of Jesse Clark's businesses please contact the Mass. Attorney General's office.

That's hilarious, I worked with a company that used the same crappy font and they were just as shady.  Stupid criminals with bad font taste.

I know this is a bit tangential, but I totally go out of my way to avoid doing business with companies who use awful typefaces. Those faux-scripts, comic sans, cheesy grunge fonts, etc. Choice of typeface definitely says a lot about your company!

I see a red flag when there is a misspelled word or a lack of grammar in marketing materials of companies. It screams 'not professional' to me.

At least he was honest.

Sadly with amateurs tossing around buzzwords, and endless tutorials on how to trick people into thinking you're not completely terrible, prices have been driven so low in many markets that you need to work 120 hour weeks to break even.  While this situations seems to clearly be a scam, you get what you pay for.  If the couples looking to book these jerks were searching for "cheap wedding videography", they're partially to blame.
I had someone find me using exactly that search (why, I have no idea), spend less than 60 seconds on the site, then emailed asking for cheap work.  I told them I'd be happy to shoot and edit their wedding for the $800 "offered", but the discount comes with not receiving any product for up to 24 months after the wedding.  That's the "when I have time" package.

Glad to hear that he is being sued. Unfortunately one of our couples we're victims and may not even get their raw footage back. He was using another name at the time - InFocus Wedding Films. So terrible....

It's sad, there are still many CT/MA wedding couples out there who never got any of their footage or money back from Jesse Clark. I think the worst that Jesse Clark got for legal justice was for breaking a restraining order against his wife Veronica or parents or something like that. He didn't serve jail time directly related to scamming wedding couples from his business SureShot Videography.