It’s not quite “sharks with frickin’ laser beams attached to their heads” like Dr. Evil intended, but the recently released photos of the European Southern Observatory’s new 22-watt LASER show a beautiful marriage of science and photography that’s hard not to love.

The role of photographers in sharing images of natural and manmade wonders cannot possibly be overstated. Excitement over technology, space, and nature is incubated within the minds of future generations when they are given the chance to ogle and awe over the documentation of science. Such is the case when one sees these photos by Julien Girard of the ESO. The science fiction vibe of the photos is both enchanting and appropriate, given the subject matter.

The amazing scenes depicted are from Paranal, Chile where the ESO houses one of their massive telescopes, the Unit Telescope 4, which is being paired with this monster LASER to help astronomers better see and understand deep space. It’s probably better explained by the scientists, though.

Finding multiple natural stars for this role is unlikely. So, to make correcting for the atmospheric turbulence possible everywhere in the sky, for all possible science targets, powerful laser beams are projected into the sky. When the beams interact with the sodium layer high in the atmosphere they create artificial stars. By measuring the atmospherically induced motions and distortions of these artificial stars, and making minute adjustments to the deformable secondary mirror, the telescope can produce images with much greater sharpness than is possible without adaptive optics.

Outside of looking awesome, these images just might prompt you to understand why a laser of this magnitude is necessary to capture better images of stars. So really there are two layers of amazing science photography to be taken in here. Just imagine the images to come.

In short, giant LASERS make life easy for astronomers. Even if you don’t care much for the real science, thank goodness the photos are here to give you a little fantasy. 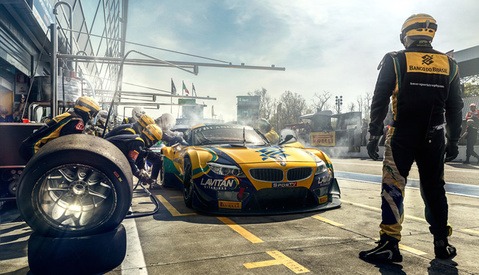 Architecture / August 14, 2015
10 More Photographers You Should Be Following On Fstoppers