Could Your Next Street Photography Camera Be a Volvo?

New cars have cameras everywhere – in addition to the almost-ubiquitous backup cameras that will be required standard equipment on all new cars next year, newer cars have front-facing cameras that enable a host of safey-related features. But what if you could use that camera for photography? Turns out that you can, with a little bit of ingenuity and some hacking from Volvo engineers.

Barbara Davidson, a former Los Angeles Times photographer who left the newspaper in April, tried her hand at something very different from photojournalism. Volvo hired Davidson to have her create images using the car’s front-facing camera to draw attention to some of the safety features. For instance, the car can highlight objects with boxes and tell the driver how far away they are.

Davidson used the car’s 1.3 megapixel video camera and was composing images through a monitor that allowed her to see the output of the black-and-white camera. Ordinarily in most cars you wouldn’t be able to see through one of these cameras, and so the images show a unique aesthetic that’s unlike a regular or even a backup camera.

Because this was an ad campaign, it meant that many of the scenes were scripted by Davidson, and she also had a driver move her through Copenhagen as she watched the feed from which she later pulled images from.

She described the camera as pretty good when stationary and in bright lighting, but does not comment on the camera’s high ISO performance or lens quality. Perhaps it’s only a matter of time before Canon or Nikon decide to step in to help in this area.

Then again, maybe the next frontier is filmmaking with backup cameras.

You can check out Davidson’s work over on the New York Times Lens blog, and see some of the photos from the endeavor.

[via The New York Times] 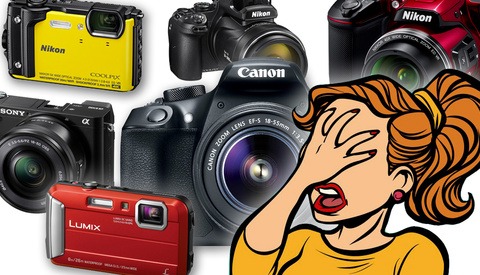 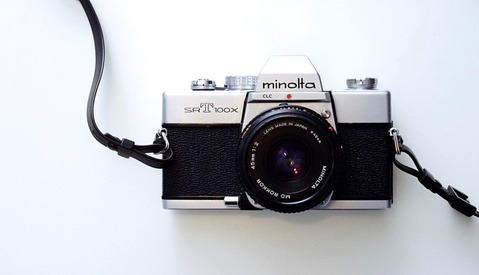