Philippe Halsman's "Dali Atomicus" is one of the most famous images ever, notable for its complex composition and remarkable timing that captured the soul of its famous subject. This modern re-creation goes to painstaking effort to replicate the original, and the process is very neat to watch.

Halsman's 1948 portrait of Surrealist Painter Salvador Dali is an intricate image that still stands out for its ability to capture the imagination, much like its subject: 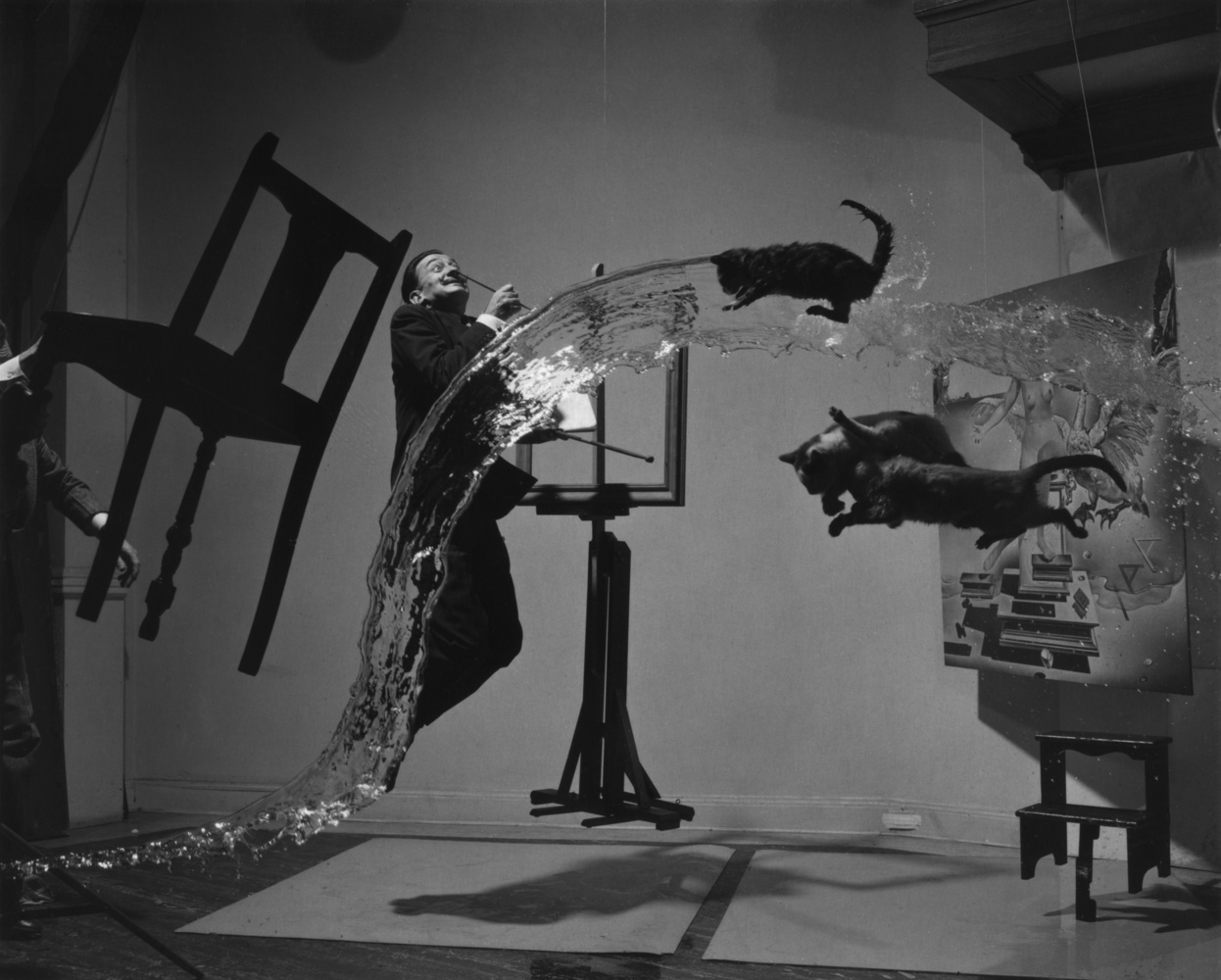 As you can see, it took a temporal confluence of elements to make the image work, one that took 28 attempts to get just right, though clearly, the effort was worth it. Karl Taylor set out to recreate the image with BBC documenting the attempt, and his final shot is remarkably close. He chose to replace the flying cats with a toaster and a clock inspired by Dali's painting, "The Persistence of Memory," but otherwise, the result is nearly identical. While it's exciting to see the process, it's also tremendously instructive, as Taylor walks you through his complex lighting setup as well, which you can watch in the behind the scenes video:

As Taylor notes, it took him 29 attempts to get the image just right, one more than the original. However, just like Halsman's, I think the time and effort were well worth it.

I was amazed by this one, Thank you for sharing.

Hey Karl, thanks for educating new photographers like me throughout the years. Your creativity and generosity is very motivating.

No cats were involved? Sorry, but it's not the same Dali photograph, but then, Karl probably didn't want to be herding cats and that just adds three more variables to the shoot.

I am pretty sure if he would have added cats to the shot (how to you want to place them, throwing them in the air?) ppl would complain about him harming cats ;-)