Go Behind the Scenes of Pirates of the Caribbean: Dead Men Tell No Tales

Summer is in full swing and that means there's plenty of blockbuster films to see over the next few months. One that my son and I are looking forward to is the next chapter in the Pirates of the Caribbean franchise starring Jack Sparrow, aka Johnny Depp, along with returning original cast Orlando Bloom and Keira Knightley. This is the fifth installment of the franchise and it hopes to breathe a fresh take on the story that brings back key characters from the first couple films. In this video, you get a fantastic glimpse into what makes these movies what they are and it gives you a hint at how they do it.

I remember going to the theater when I was 15 to see the very first Pirates movie thinking what an incredible example of fantasy and realism blended perfectly together. The way producer Jerry Bruckheimer has brought this simple Disney theme park ride into a full fledged multi billion dollar franchise is astounding and his vision and continued growth into fun and intriguing story and character always brings be back to the theater.

In the video, you can see quite behind the scenes of the vast planning, giant set pieces, and wildly detailed practical effects used in the final film. Obviously with many of these latest blockbusters CGI comes into play quite a bit especially when it comes to half dead pirates and what seems to be zombie sharks in this latest iteration. Though as silly as that may sound the franchise has won countless Oscar nominations in makeup, sound editing, visual effects and even a best actor in a leading role for Johnny Depp. Not bad for a fun flick like this if you ask me. 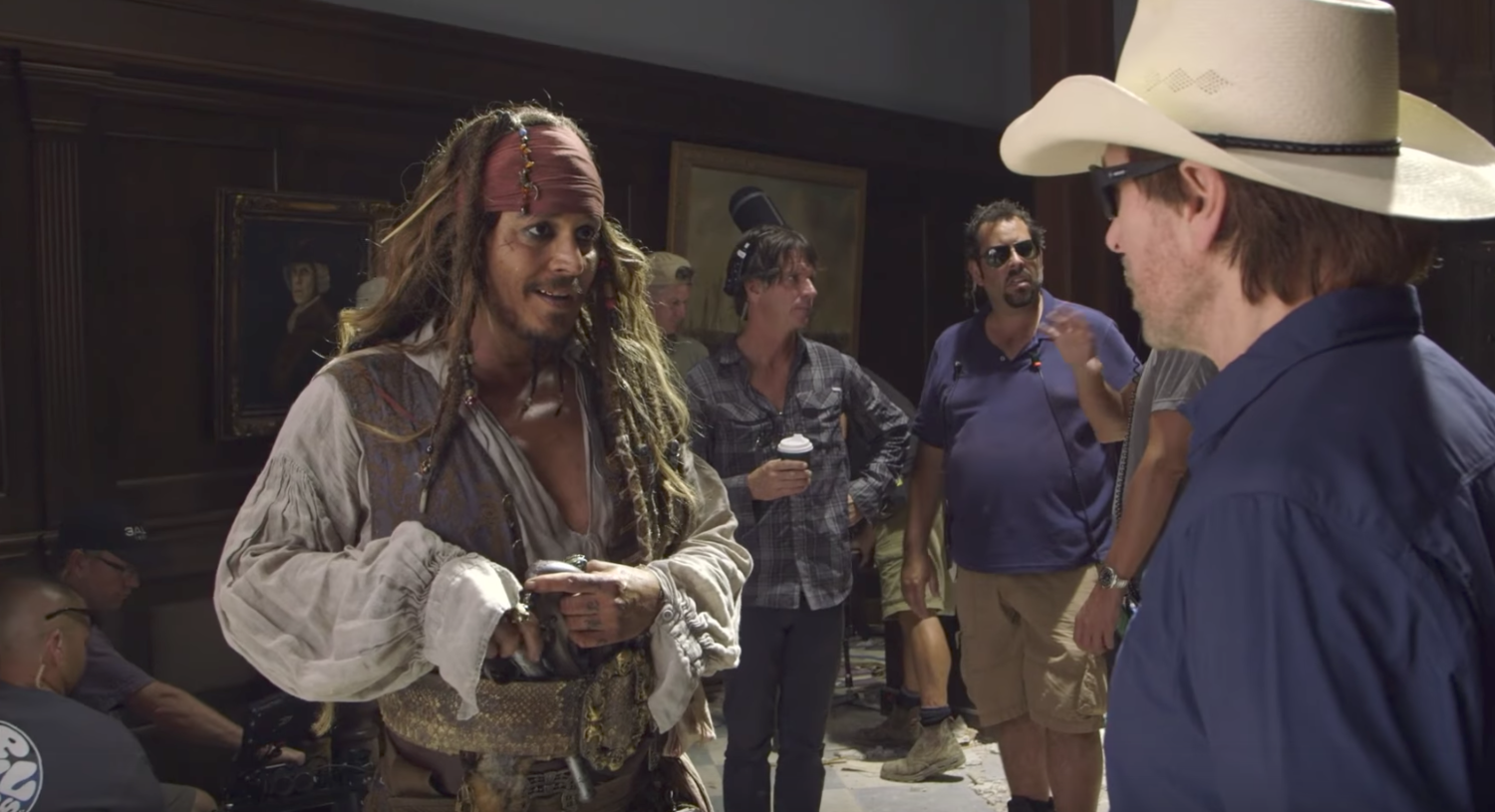 The film comes out this Friday and I'll be sure to be in attendance to see where the franchise continues or possibly ends in it's fifth time around. What do you think? Did you ever imagine such a simple idea for a movie to become such a large movie franchise?

what a waste of 15 min. i get that it's a behind the scenes thing but a bunch of 12 second clips just thrown together ? it's too hard to watch.

Uhm, there's nothing wrong with it. And to be honest, it's actually interesting to watch especially after watching the film.

I'm not seeing videos to be able to watch, am I missing something in settings.